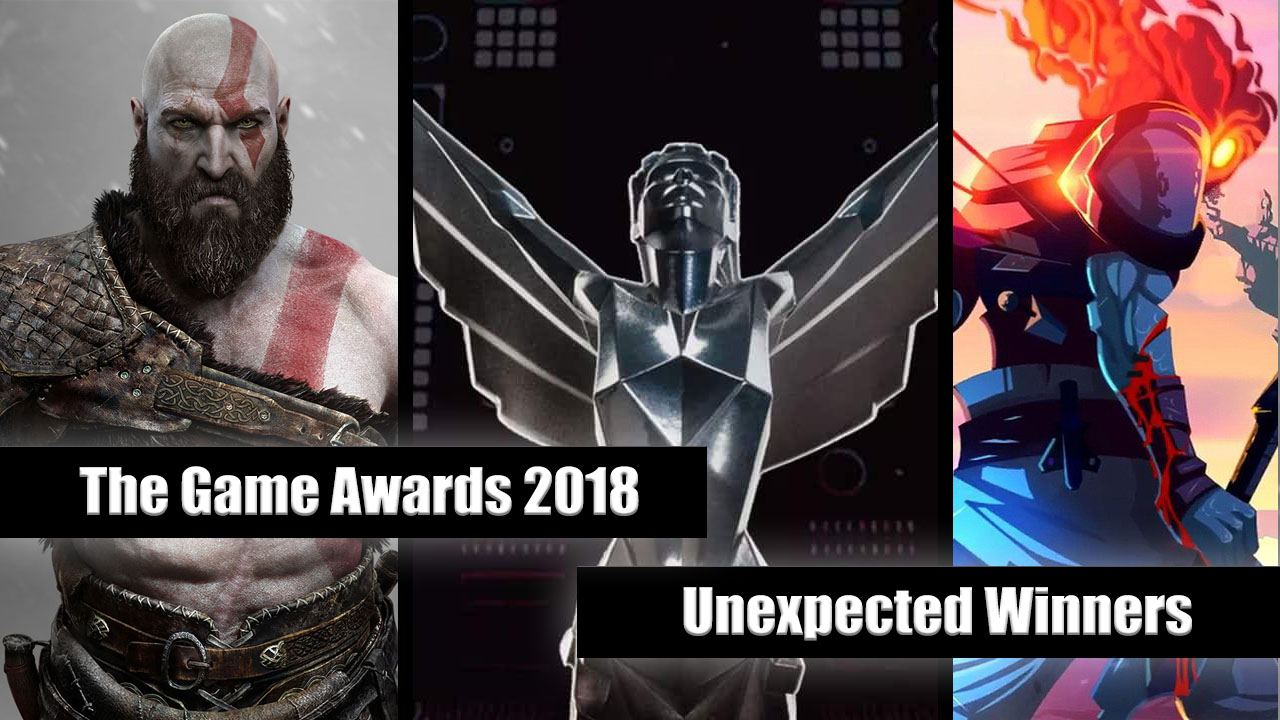 The Game Awards, Game of the Year 2018 announcement has come and went. Some of the awards handed out were expected, others caught the gaming community by surprise. 2018 brought the world unforgettable video game experiences. With such a spectacular selection to choose from, it’s only natural there were some surprise winners.

Out of the 23 categories, seven awards stood out. People might tune in to The Game Awards to see which game takes home Game of the Year, but there are 22 other categories that hold incredible significance as well.

Below is a list of the seven awards that caught the world by surprise at this years Game Awards.

Return of Obra Dinn by 3909 was awarded Best Art Direction at The Game Awards 2018. Facing stiff competition, Assassin’s Creed Odyssey, God of War, Octopath Traveler, and Red Dead Redemption 2, it is a miracle this little indie game rose above them all. This puzzle game with its unique black and white sketched art style was able to beat out games that cost millions, even hundreds of millions to develop and produce. This surprising win at The Game Awards 2018 is just a reminder that even small projects can have a massive impact on the video game industry.

Roger Clark as Arthur Morgan in Red Dead Redemption 2 put on a spectacular performance. However, the surprise is the performances Clark was able to outshine. Bryan Dechart as Connor in Detroit: Become Human, Christopher Judge as Kratos in God of War, Melissanthi Mahut as Kassandra in Assassin’s Creed Odyssey, and Yuri Lowenthal as Peter Parker in Marvel’s Spider-Man all put on performances that will stay with gamers for years to come. Each one of these talented voice actors had a chance to take home Best Performance at The Game Awards but Clark and his interpretation of Arthur Morgan was given the honor.

Leaving jaws on the floor, this category winner was unexpected to say the least. Dead Cells by Motion Twin beat out Call of Duty: Black Ops 4, Destiny 2, Far Cry 5. And Mega Man 11 for Best Action Game. Dead Cells is an amazing game but this side-scrolling roguelike-metroidvania video game taking home Best Action Game is the embodiment of a surprise win. Its Google card doesn’t even categorize the game as an action game and it still won Best Action Game. This isn’t just a surprising win, it must have also been a massive hit for Treyarch, Bungie, and Ubisoft Montreal to lose to such an underdog.

Monster Hunter: World was awarded Best Role Playing Game of 2018. Up against some stiff competition, this grind-fest of a game rose above all others. Dragon Quest XI: Echoes of an Elusive Age, Ni no Kuni II: Revenant Kingdom, Octopath Traveler, Pillars of Eternity II: Deadfire just didn’t have what it takes to beat it out Capcoms latest creation. Among the nominees for Best Role Playing Games, Monster Hunter: World is the least obvious RPG. Focused on gearing up by killing giant monsters, the story is usually only a means to open up new monsters to slay. Monster Hunter: World did stand out when compared to previous Monster Hunter titles. It offered gamers the most engrossing and RPG-like story that those that came before it.

If anyone put money on who would win Best Family Game, this announcement may have cost them. Overcooked 2 took home the prize, beating out games like Mario Tennis Aces, Nintendo Labo, Starlink: Battle for Atlas and most surprisingly Super Mario Party. Gaming is for everybody and the entire the family can get involved. When looking for a video game that everyone can enjoy, Overcooked 2 might be the best choice according to The Game Awards.

Forza Horizon 4 by Playground Games, Turn 10 Studios, and Microsoft Studios scooped up Best Sports/Racing Game at The Game Awards 2018. Not even the massively popular FIFA 19 was able to strip the crown from Forza Horizon 4. The racing game also stood up against massive hits like Mario Tennis Aces, NBA 2K19, and Pro Evolution Soccer 2019.

God of War deserved this award. That opinion still doesn’t make it any less surprising it surpassed Red Dead Redemption 2 or Marvel’s Spider-Man. Assassin’s Creed Odyssey, Celeste, and Monster Hunter: World were also nominated but these games were clearly going to be overshadowed. God of War was able to leave such an impression on gamers, the community, and the industry that even its early year release in April didn’t hold it back. Red Dead Redemption 2 dropped only weeks before The Game Awards but God of War was still tattooed in the brains of those who first played it over seven months ago.

Every game that was nominated at this years Game Awards deserved recognition. It was especially pleasing to see indie games once again break barriers. The list above isn’t here to say these games didn’t deserve the win, it represents games that were able to break the mold and overtake any “obvious” winners. It goes to show that gamers are an enigma. There is no sure winner when art is judged, especially in the video game industry.