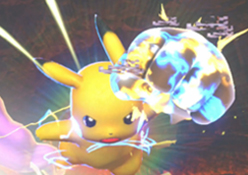 Great question! Two friends got together and said, let’s game. Both have been passionate about gaming for their entire lives, starting a business focused on the industry sounded like a perfect fit. The idea was tossed Pikachu, Wii U, Video, Game, Lets Playaround about starting a YouTube channel or Twitch account, but they wanted more. Fast Forward two years later, Gigamax Games is an organization bringing the world the latest gaming updates, original reviews, news and YouTube videos.

Find out how to get involved!

Gigs and Mack started working on Gigamax Games in the fall of 2015. Ideas and dreams are great but action is key. The friends said they were ready, so GigamaxGames.com went live and content creation was a go. Let’s Play’s, original industry updates, reviews and all things gaming can be found on the website, Facebook, Twitter, YouTube and Twitch! There’s also more to come, so stay excited!

Gigs is a solid gamer. Skillful and knowledgeable, he knows his games. A console gamer at heart, Gigs brings years of experience to every Gigamax Games video and article. Also, Gigs can be a bit of a wildcard, so it absolutely makes for some interesting moments.

Mack feels at home in front of a great big open MMO. Raised on World of Warcraft and Diablo II, he’s from an entirely different realm of gaming. Taking a few years, yes years, off from gaming known as the ‘Mack’s Gaming Dark Ages”, catching up on some missed classic is a bit humorous to watch.

Both Gigs and Mack love video games more than most things in this world. They want to share that excitement and offer value along the way. Come stop by and catch a video or check out an article and just enjoy the great big world of gaming.

The entire Gigamax crew shares one thing in common, they see videogames as a true form of art. One of the only artistic mediums where if you’re not good enough or don’t put enough time, you can’t experience the entire masterpiece. They want to share that love with the world and have some laughs along the way.

For business inquiries please reach out at GigamaxGames@gmail.com