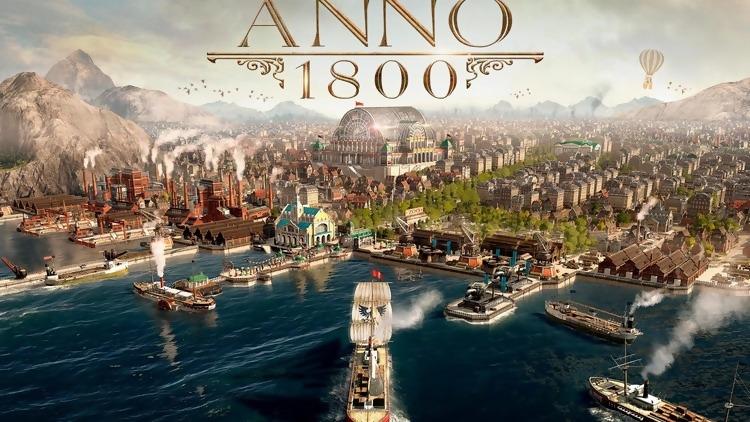 The hum of machinery sounds off in the distance, trees sway in the wild winds, people go about doing whatever they’re supposed to be doing and dozens of your industries spew out the materials that make sure your town prospers. Or maybe not. Maybe your country people are staging a riot because they didn’t have that very particular type of fish they wanted. All production may have come to a grinding halt. Maybe you feel like your people are too needy and it’s time to leave them for dead and start the game fresh. You never know. Anno 1800, the seventh game in the Anno series, lets you become governor without the campaign. Awesome, right?

What’s It All About?

It’s a city builder/real-time strategy developed by Ubisoft’s Blue Byte studio that takes place during the Industrial Revolution of the 19th century. Since this era is one of the most influential turning points in human history, it makes sense that this particular period would be chosen to create a city builder game. It starts pretty simple, with a bunch of farmers cultivating your land. Of course, you have to make sure that you take care of all the needs of these farmers from clothing to lodgings to making sure they are well-fed, healthy, and satisfied so they can operate with maximum efficiency. 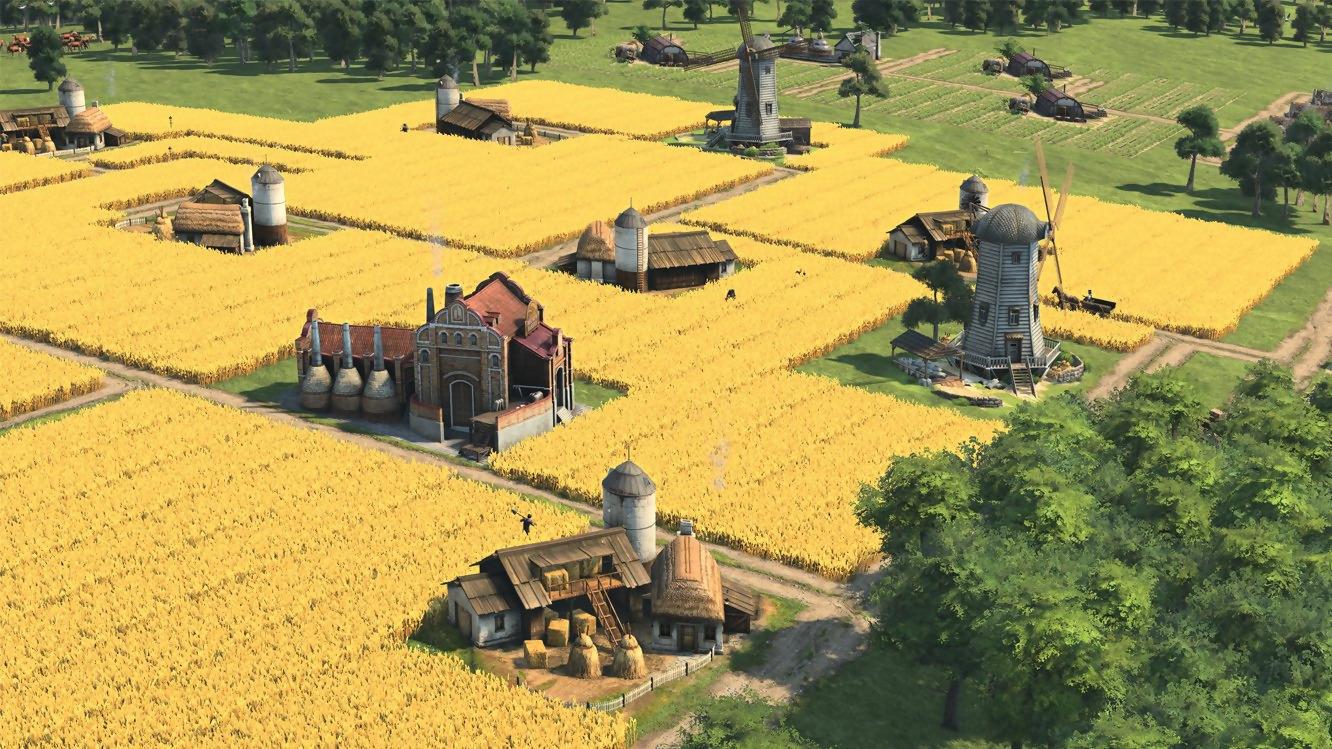 Their needs are small which suits you fine because you don’t have a lot to throw around when you’re starting. Now, when I say that their needs are small, they need stuff like housing, and you need things like sawmills to build the required housing. 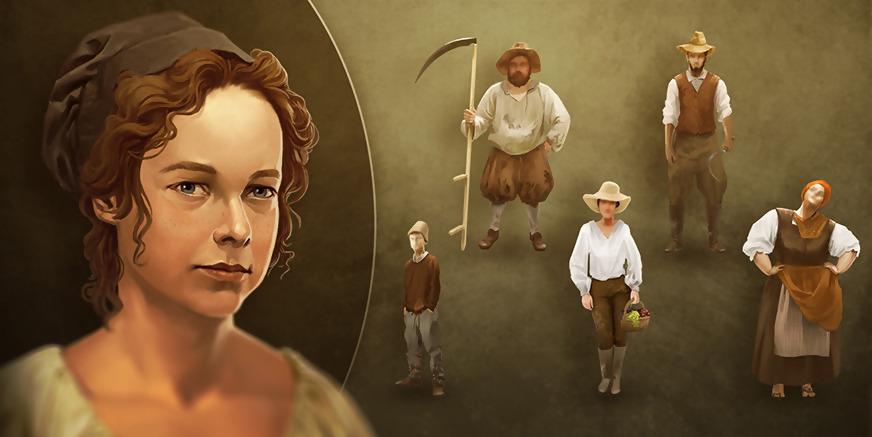 Then when it comes to clothing, it’s up to you to build everything required to clothe the farmers. But still, it’s pretty simple compared to how complicated it is about to get. Once your farmers start getting more and more houses, you’re going to end up with more farmers and eventually, some of these farmers will turn into workers. These workers are capable of doing stuff the farmers previously weren’t able to, but in turn, have their own needs which you cannot fulfill using your already existing industries. This means creating more industries and more people to man those industries. Things start getting out of hand very quickly when the workers turn into artisans who have a much more specialized skill set and even more specialized requirements. Soon, you’ll be juggling around multiple mills, farms, factories, houses, and people of all types and one of them may suddenly request rum. 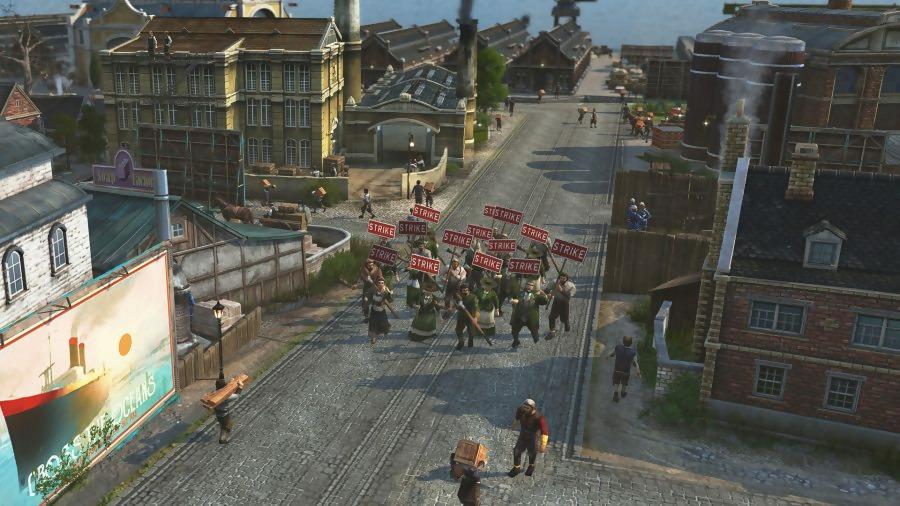 Now the tables start turning, the greedy babies who happened to be your citizens start talking about how incompetent you are behind your back, and if you don’t want your civilization to fall on its face, you absolutely have to get that rum. 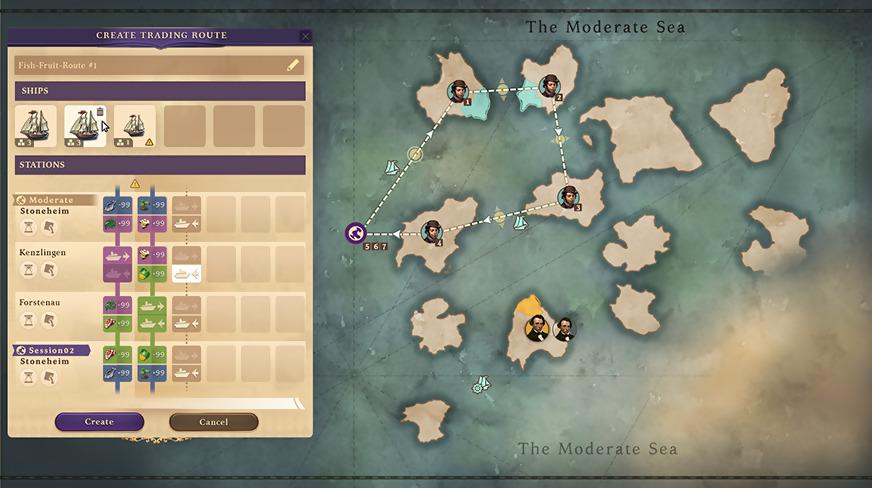 Enter the New World. You aren’t the only governor running an empire and you most certainly aren’t in the middle of nowhere. You realize that there are other civilizations which can fulfill the needs of your citizens. Time to set up trade routes. If you thought things were complicated before, is going to be a whole lot more complicated now!

What’s Different With This Game?

There are quite a lot of new features that have been added into this version of Anno, and one of the biggest differences is blueprinting. 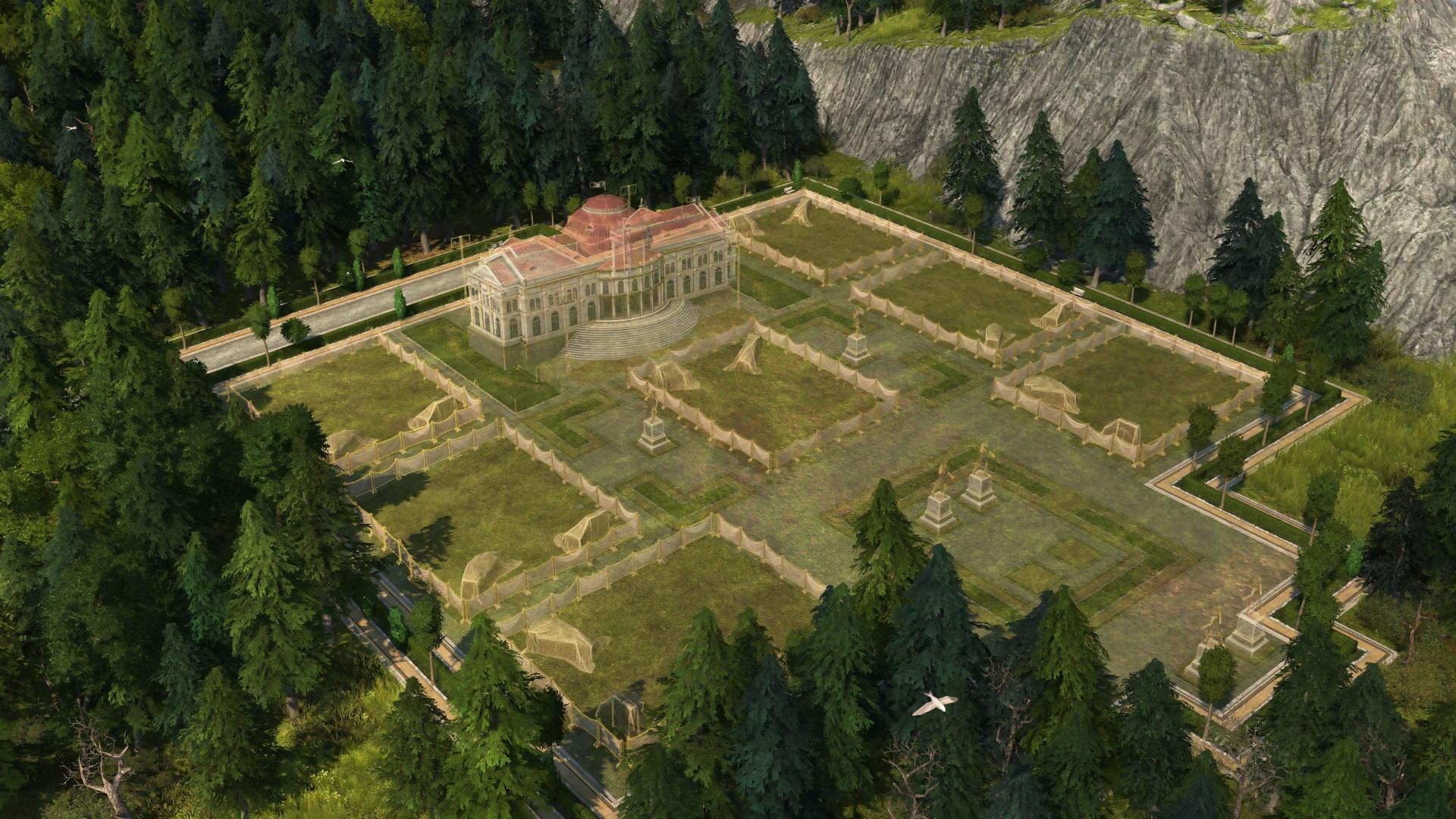 If you essentially don’t care about what your city looks like, then blueprinting might not be too useful to you, but if you’re a neat freak, then you might decide to order your buildings in a particular way. However, if you do not have the resources to build, say, a pub, then you can simply blueprint and preserve the area off for a pub so that you can build it once you have the resources. But that isn’t all, you also have tourists. The prettier your civilization looks, the more tourists it will attract, and the more money that will generate. Maybe you’re doing such an awesome job that your country folk decides to throw a festival in your name, and it’s going to make more people from other civilizations want to visit. Another added feature to help the realism aspect is having industrialization affect your people. Depending on how much you choose to industrialize your island, the inhabitants of your island will be influenced in positive or negative ways. 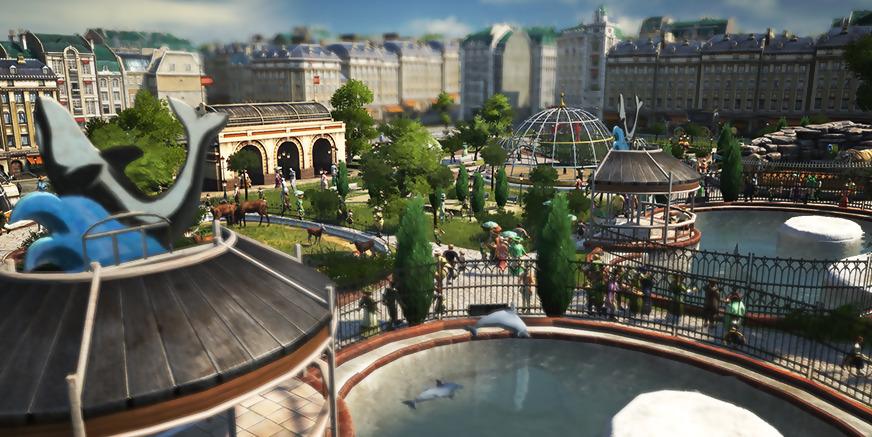 Similar to the previous Anno games, this will also feature a story campaign which does just about nothing to help you understand the controls of the game, a sandbox mode and multiplayer. One thing that has to be noted is that unlike the Anno games that are placed in periods several decades ahead, Anno 1800 is stuck in the Victorian era, and therefore limited to the technology of its time. So, sorry. No lunar bases!

How Does It Fare As A Simulator?

As a simulator? A little too good, I’m afraid. You could have slow production in one of your industries, and you would have no idea why. Just like in real life. 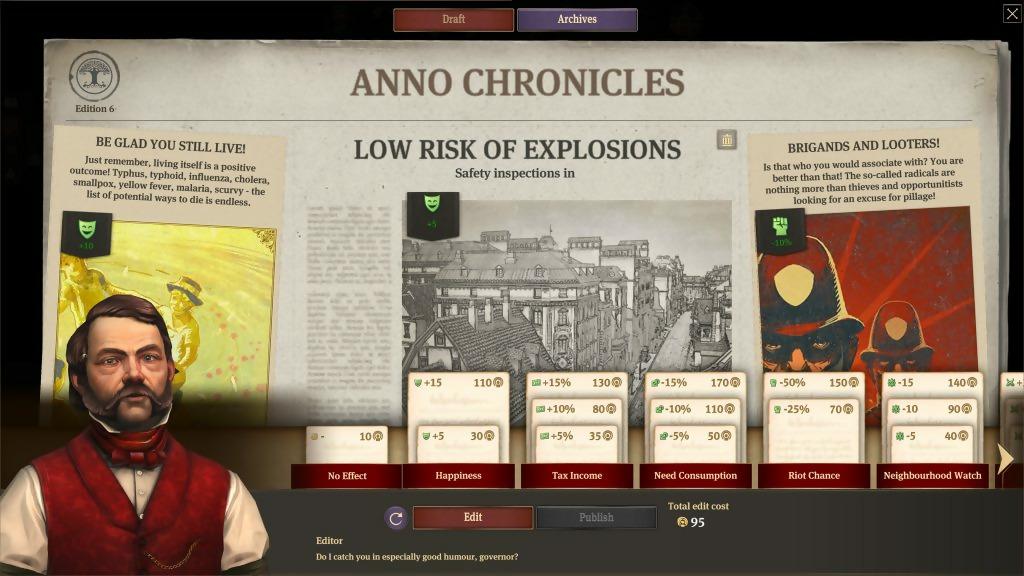 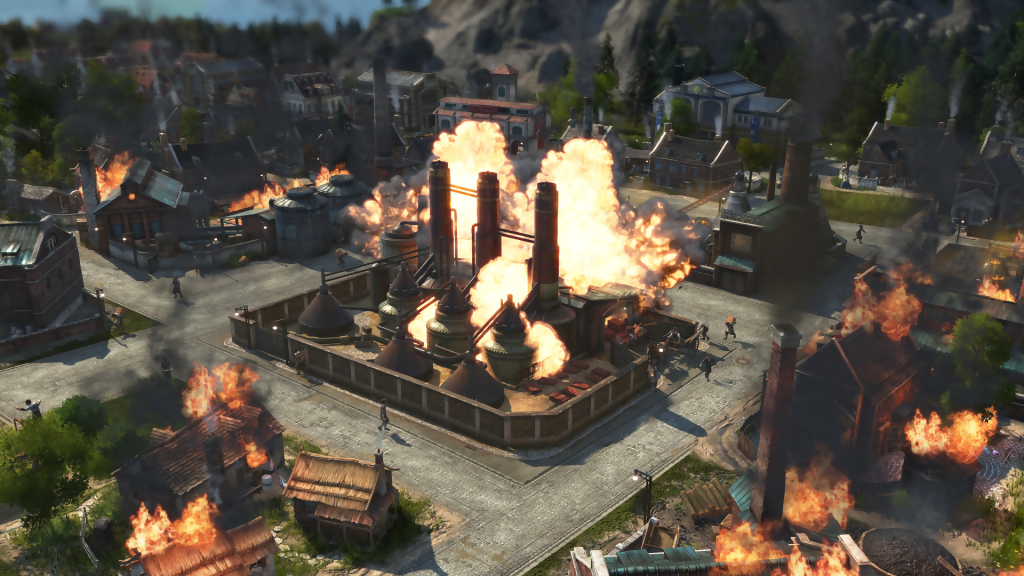 Even then, you won’t have a full idea of exactly what the hell is going on so it’ll take you a little more time to figure out how to fix it. This newest release of Anno is a step up from the previous Anno games in this aspect and now you have even more granular control of everything that goes on in your city. And yes, while some features such as being able to uproot a house from the middle of your town and dump it in the edge of the city may not be realistic, it certainly is a welcome feature.

The graphics are totally amazing which means that this game will totally lag on your PC if it’s a low/mid-level computer. A million different things are going on simultaneously within the game, and if you were to zoom out, you’ll see your entire island beautifully laid out. 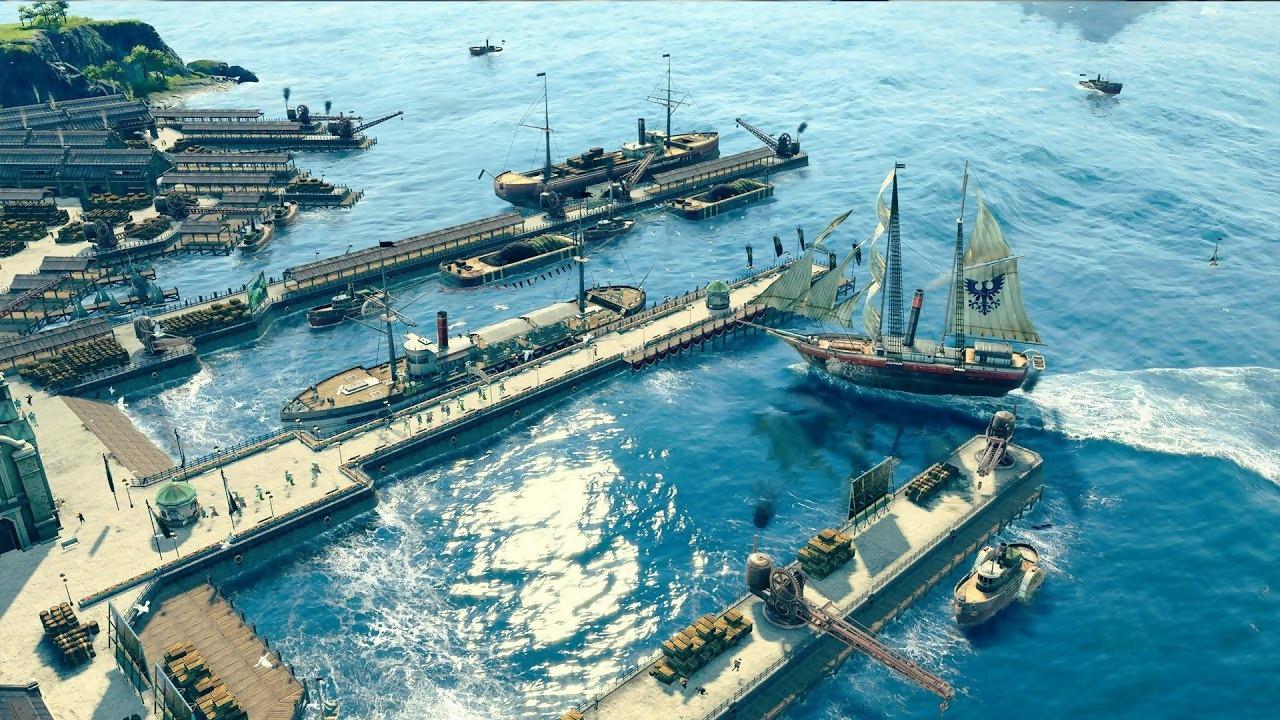 Even if you were to zoom in as much as possible, the graphics would still have a pretty good level of detail to the point where you can see the working parts of any machinery you have. These type of graphics takes a toll on your computer and can lag even on high-end PCs. But considering the massive number of things happening in-game and the level of detail given to each of those things, it’s pretty amazing that it even runs.

The in-game music has gotten its improvements as well. The old world and the new world have their separate music and of course, it’s the type of music you could listen to all day. After all, you won’t be getting any sleep once you start playing this, so what you hear might as well be good.

Considering what you hear, I’ll tell you something that won’t be so good: the voice acting. It’s… bad. And repetitive. You’ll hear the same phrase a million times a day and soon you’ll wish they never added any voice acting into the game in the first place.

Despite the lack of moon bases and ending up as an Epic Games Store exclusive, Anno 1800 has sold four times more copies than its predecessor within the first week of being released. While all the best elements of the previous Anno games have been left in (if it ain’t broke…), It’s clear that the developers didn’t just copy-paste an old game and call it a day.

While the game has its flaws and historical inaccuracies, there is a lot that was added into the gameplay and the graphics have been revamped beyond anything the previous games had. While the story mode isn’t anything groundbreaking, it’s fun to play with and so far, everyone from Anno veterans to newbies who never played an RTS before has been enjoying it. Looking back at Anno’s history, you can see that every game has been improving upon its predecessor. Anno 1800 is no exception and we sure hope that Blue Byte keeps it up!