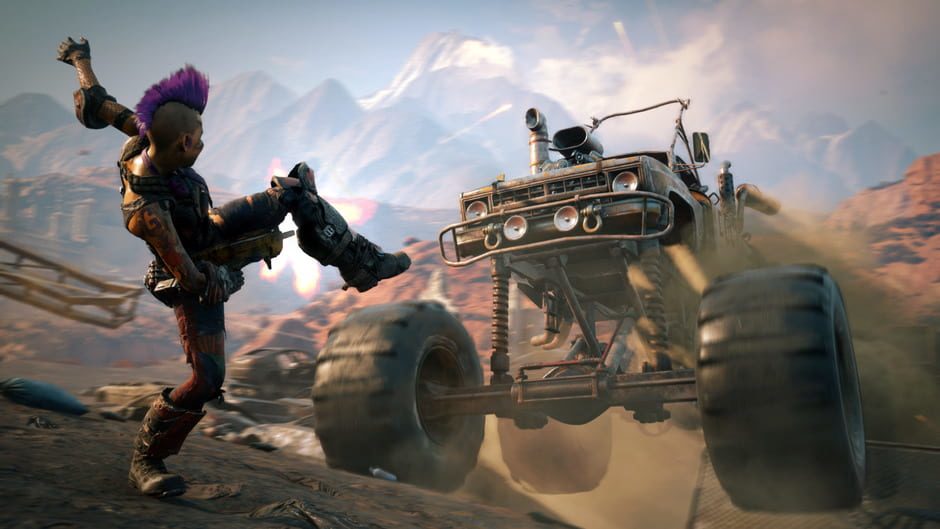 Rage 2 is the next big title from Bethesda and the developer confirmed that the game will be ready soon. The game officially releases on May 14th and to celebrate, Bethesda announced that the game has gone gold for PS4, Xbox One, and PC. The company also revealed the PC specs necessary to run Rage 2.

When a developer says a game has “gone gold” it means work on the initial version of the game is finished. Rage 2 was developed by the studio behind Just Cause, Avalanche Studios, with support from both Bethesda and id Software.

For fans that will be playing on the PC, the minimum specs for running Rage 2 will require a 64-bit OS running Windows 7, 8.1, or 10. Players will require an Intel Core i5-3570 or AMD Ryzen 3 1330X or better processor, along with 8 GB of RAM. The minimum specs also mention that players will need Nvidia GTX 780 3G, AMD R9 280 3GB, or better for a graphics card. Rage 2 demands 50 GB of hard drive space. Those interested can find the full minimum and recommended settings below.

Bethesda detailed Rage 2’s resolution and frames rate across all versions of the game. The PS4 edition of the game will run at 1080p/30FPS, Xbox One clocks in at 900p/30FPS. Both the PS4 Pro and Xbox One X will run at 1080p/60FPS. Rage 2 will have no limit on the frame rate when played on more substantial PC’s as well.