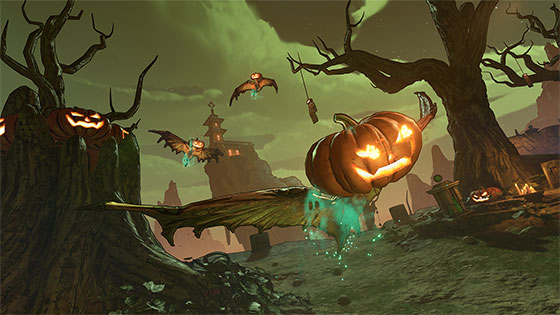 Borderlands 3 is getting its first Halloween themed event this week, and the most recent trailer for the celebration gives fans a look at all the loot and special activities planned for the spooky season. The trailer also shows some of the new cosmetics such as skins and weapon designs, the Baron of Bloody Harvest boss, and the new Legendary Weapon.

The new Legendary weapon is known as Fearmonger, and the trailer shows off the powerful debuff, Terror. The new gameplay element blinds enemies and lowers their gun handling, accuracy, and spread. Bloody Harvest themed enemies will also spread the Terror debuff over the course of the event, but they will go away at the end of the event. The new loot, which includes two new guns and a shield that also spreads Terror, will remain in the game after Bloody Harvest is over.

The Bloody Harvest map is where players will find most of the Halloween themed goodies and enemies, including the big new boss, the Baron of Bloody Harvest. He’s a ghost version of Captain Traunt, who’s come back to terrorize Vault Hunters. In addition to all the new weapons, players can also obtain Vault Hunter skins, Anointed weapon drops that can also use the Terror rebuff, a new weapon trinket, and more. 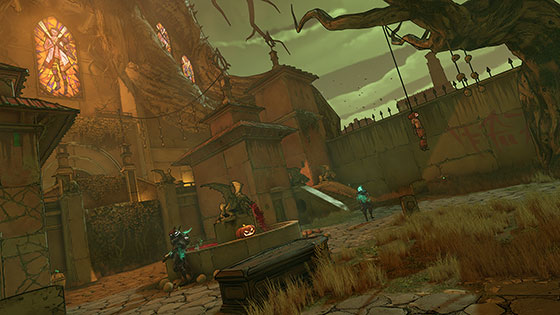 The Halloween event is part of the ongoing anniversary celebration month, which has included special events over the course of October. The current event, which will end at the beginning of Bloody Harvest, gives players bonus Eridium, so those that are interested should jump in and stock up on the purple goodness.