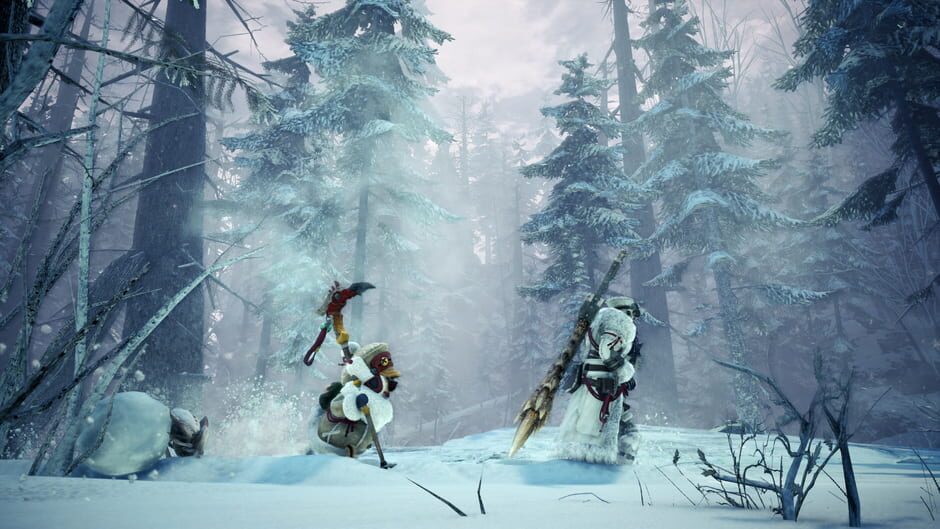 Monster Hunter: World players on PC will quickly have as much content as console players in terms of in game events and title updates. Capcom has recently shared a roadmap for the Iceborne expansion, giving a hard outline on everything heading to the game over the next few months.

This is big news for PC players as the content calendar reveals that the PC and console updates will finally be synced up starting this April. This has been an issue since the PC edition of Monster Hunter: World launched several months after the console version of the game. Due to the strange launch schedule the updates have not released simultaneously, frustrating many who are playing on the PC. 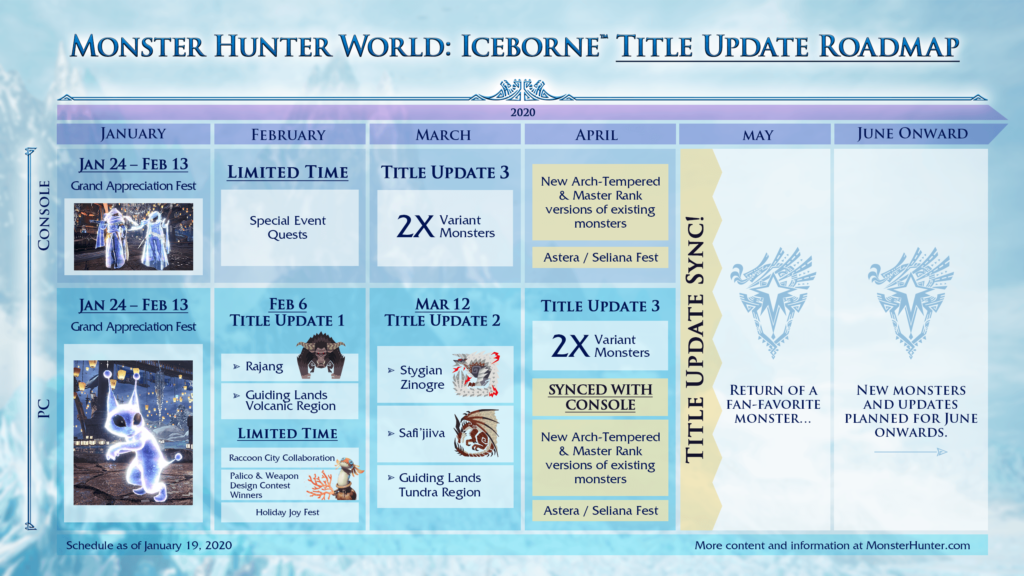 Before that update though, Capcom has a number of new updates planned to release for both the PC and console versions of Monster Hunter: World. The Grand Appreciation Fest kicks off simultaneously across all platforms on January 24th and will run until February 13th, in the name of celebrating the title’s second anniversary. This event will contain a variety of new layered armor and unique gear for players to earn. February 6th sees the launch of the first title update on PC, introducing the new Rajang monster along with the Volcanic Region to the Guiding Lands Endgame area. The limited time event, Raccoon City Collaboration, will also arrive on PC beginning in February, which will let players craft Leon and Claire armor for their hunters.

Fans can see the rest of the content calendar pictured above, but with Monster Hunter: World recently becoming Capcom’s most popular game of all time, the updates certainly won’t be ending any time soon. We’re big fans of the Monster Hunter series here at Gigamax so be sure to keep checking back with us here for all the latest updates.