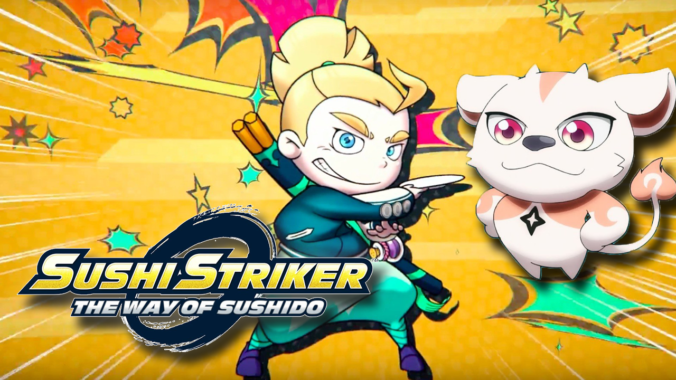 New York Comic-Con has come and gone, with it a sense of sadness but also one of relief. Comic Con was my first foray into the world of conventions, and while it was an exciting first con it was also a very exhausting one. Four days of seeing some of the coolest stuff in pop culture is an amazing experience, that anyone who is into anything considered nerdy has to experience at least once in their life. It had something for everybody; comics, movies, videogames, television, and manga/anime; no one’s interests were left out and the reveals were monumental across the board.

To start the con off my group and I went to the Kodansha Comics panel. For those that are not aware, Kodansha is the publisher of popular manga such as Attack On Titan and Fairy Tail. The panel was led by various artists and editors from not only the U.S. but Japan as well. They introduced us to new manga which were coming to the U.S. like Nekogahara, an interesting yet silly comic about a stray cat that also happens to be a samurai. Following Kodansha was Funimation, the company responsible for bringing every 90’s child the love for anime. Funimation has brought all the classics over from Japan such as Trigun, One Piece, and Dragon Ball. This panel was led by their social media team who happily announced the company’s merger with anime streaming site Crunchyroll. After the panel was over we made the decision not to stay for the Crunchyroll panel (but stayed long enough for the free arm band) and made our way upstairs to see all the booths that had been set up and check if there was any exclusive merchandise to get our hands on.

To end the first day we made our way to the bottom floor of that Javits Center for a picture one of our group members surprised us with. Scoffing initially at the idea of paying to receive a picture with someone, I was not prepared for the name that was dropped when we got on the line. Laughing at my initial distaste of the situation ,our group member says “then I guess you don’t need to be in a picture with Stan Lee.” My mouth immediately closed tight, the only thing I could do was apologize and wait quietly for a picture that will be shown to pretty much everyone that comes in contact with me. And thus ended the first of four eventful days.

The second day arrived and I was more prepared for the experience than the day prior. No longer unaware of the convention experience my bag was chock full of supplies; water, power bars, headphones, and Red Bull. Everything in the bag was necessary because Friday turned into a walking and standing marathon. The day started by grabbing a few demo tickets and checking out Final Fantasy 15, Kingdom Hearts 2.8, and various other Square Enix games; all of which were amazing and built up tons of hype for the unreleased pieces of perfection. Afterward we made our way over to the Stranger Things panel to check out what El and Detective Hopper had to say about their experience on set. Unfortunately nothing new was spoken about or shown but we did finally get confirmation on one gruesome topic, Barb is definitely dead.

After Roaming for a while after the panel an executive decision was made to leave the Javits Center and head over to Madison Square Garden with the intention of seeing the Resident Evil/Underworld Panel. To my surprise when we finally took our seats Peter Capaldi of Dr.Who was giving advice for entering the acting industry to a young audience member during the Q&A section of the television show’s panel. Even though I am not the biggest fan of the series I still appreciated getting to see one of the famous doctors from one of the most highly regarded live action series of all time. By the time Resident Evil and Underworld finally began their panel I’d seen more famous actors and artists than ever before and it was only the second day.

Saturday was spent entirely in Madison Square Garden for a marathon of the coolest panels the entire event had to offer. Being a big fan of surprises, I asked everyone to keep quiet on the schedule of events and it turned out to be a good call. To start the cast of the new Power Rangers reboot made their way on stage to speak about the upcoming movie and reveal a new trailer that gives a look at the gritty take on the old lighthearted series. Next came the John Wick 2 panel which to my delight included one of the world’s favorite movie stars, Keanu Reeves, who is not only an amazing actor but also the most humble man to ever exist. After some more waiting Guillermo Del Toro made his way on stage to show a sneak peek at his adorable new Netflix series ,Troll Hunters. Finally after a long day of sitting the last event began and the entire cast of The Walking Dead (minus Rick) made their way on stage to show an exclusive trailer of the new season and amaze the crowd with their awesome personalities.

Our last day had arrived quicker than expected and was a more laid back day than the others. With all the exciting panels over we walked the various floors and toured some of the interesting independent art being shown off. I used the free schedule to try the various Virtual Reality headsets that were on display and finally get a taste of what I had only seen in various videos on Youtube. Sunday was also an opportunity to spend way too much money on various clothing and other merch I had been waiting all too eagerly for. Not all of this merch was for myself though, a bunch of products we purchased were for you guys that are part of the Gigamax crew so keep a lookout for upcoming giveaways.

Comic-Con was an experience that I can not wait to see again. Hopefully next year will be even bigger and more star studded than this one. Make sure you keep checking back here at Gigamax for all your latest convention coverage needs; If you can’t be there we got your back!