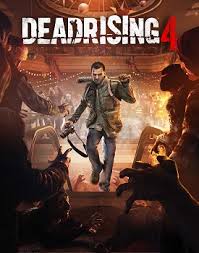 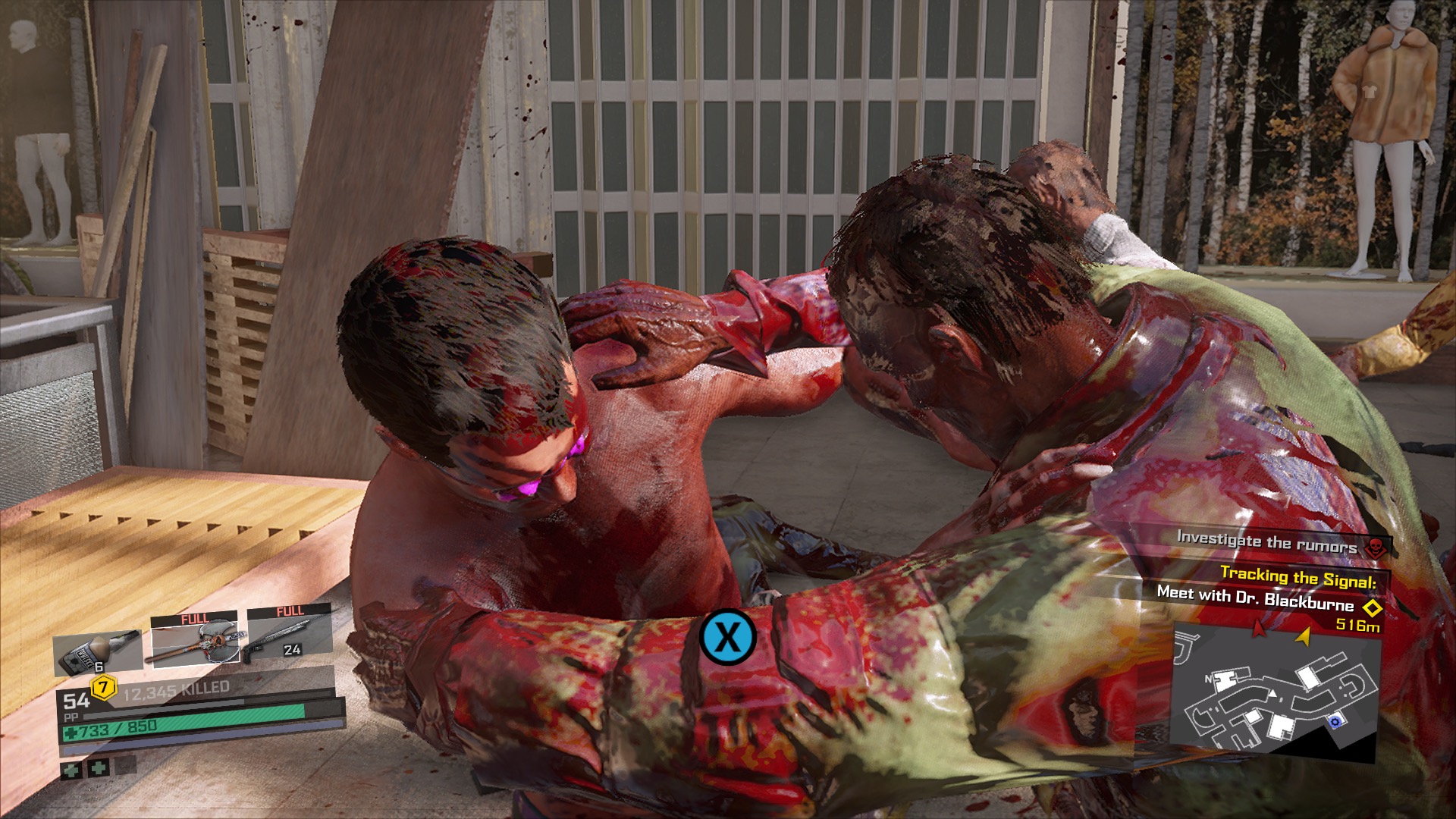 Dead Rising is a title that has been around since the launch of the Xbox 360. This franchise has had a cult following from the time it released with many fans praising its stressful gameplay and the B-Movie style story. While Dead Rising 4 definitely removes a lot of the functions that made it unique, it manages to remain a fun zombie slaying romp through a familiar location. This sequel is by far the largest in size and is the perfect zombie slaughtering playground for all those undead hunters out there.

Right off the bat Dead Rising 4 establishes itself as different from the other entries in the series. Frank West, the game’s protagonist has a different voice actor this time around, who has a more mature sound more befitting of the character. In an unexpected move the game starts with the player being thrown into a stealth driven mission that involves more story and character building then the game has seen before. The story is still as convoluted as they get, but luckily the game never takes its silly plot too seriously. NPC’s you meet all have wacky personalities and Mr.West always has a sassy comment at hand in case things get too heavy. These jokes are a nice touch, they establish Frank as a seasoned veteran of the zombie war and fit well with the tone of the game. 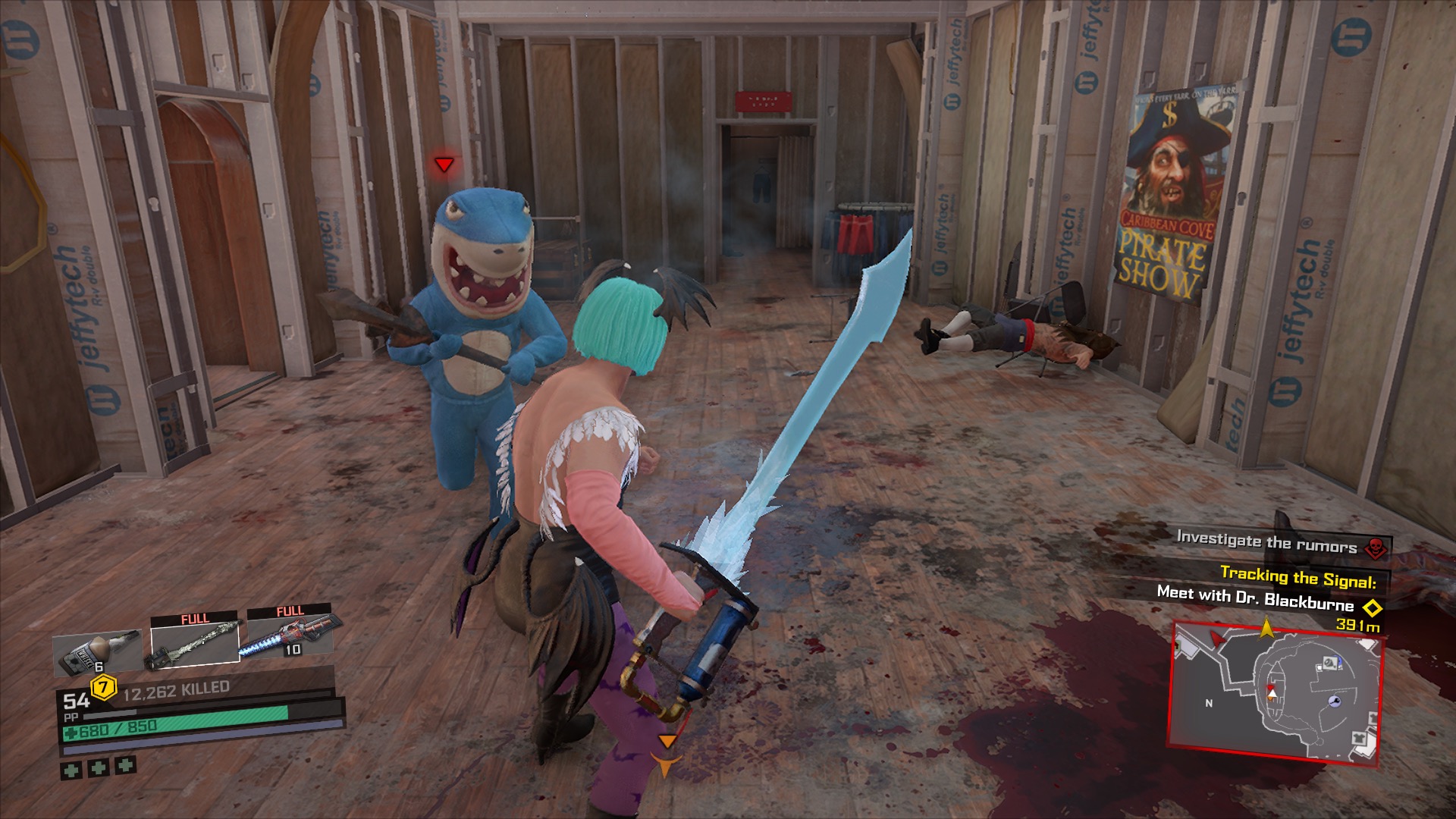 Frank is lucky to have the zombie hunting experience this time around, thanks to the power of the Xbox One more zombies can fit (and die) on screen then ever before. Combat feels fluid and fun, with plenty of undead murdering tools at the player’s disposal. A reworked inventory system also ensures that Frank can carry a wider selection of gruesome weapons. The inventory is now separated into four distinct categories melee, ranged, thrown, and health. This consolidates items and allocates a button on the controller for each category, meaning that players can swap weapon types on the fly without navigating their entire inventory. Healing items have been streamlined as well, they’re now used by pressing down on the d-pad and Frank doesn’t stop moving when one is used. Combo weapons also make a return to the series but unlike the previous games, using a non-combination item is a viable option. Cutting, shooting, and exploding your way through the open world feels great, which is important considering the scope of the seamless map.

Dead Rising 4 is set in Willamette, Colorado. Fans of the series will recognize this as the location from the original game. Unlike the previous entry, the entire town of Willamette is at your disposal instead of just the iconic mall. Unfortunately, the shopping center is not the one returning players remember from Dead Rising, that one was destroyed after the events of the first game. This isn’t a bad thing though, as the rebuilt mall is much larger and offers a ton of unique themed areas with a bunch of weapons to experiment with. Vehicles make a return and operate similarly to the ones in Dead Rising 3. Getting into a vehicle and driving through the zombie hordes feels great but removes any sort of challenge from navigating the open world. Another vehicle like addition to the game is the exosuit, which Frank equips and operates like a mech. The suit offers a power trip that makes for a fun but brief change of pace while making your way through the town of Willamette. 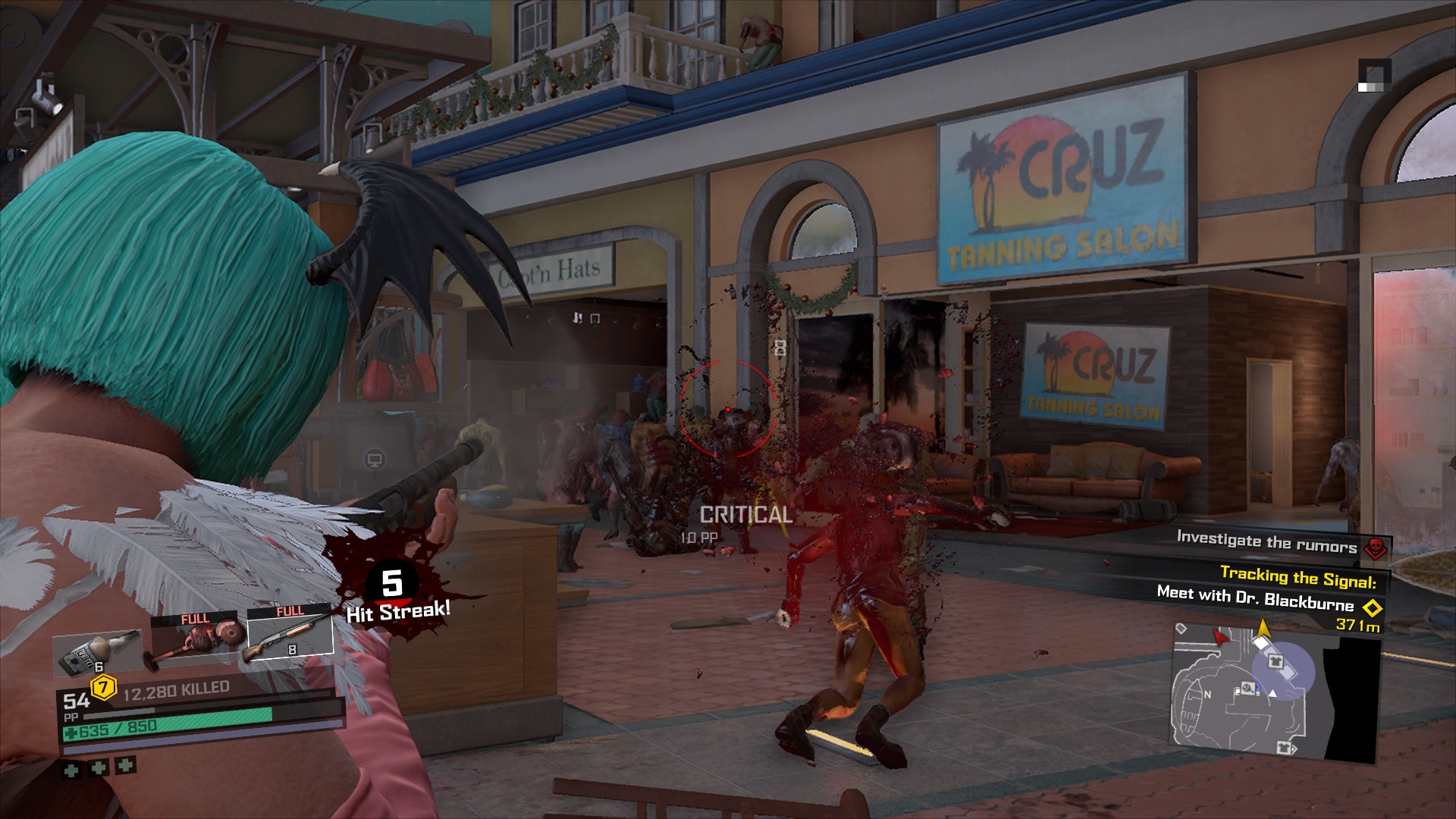 Hardcore fans of the series will be disappointed by the drastic changes made to the time and questing system. Dead Rising 4 has completely removed the time mechanic and gives players complete freedom over where and when they want to complete objectives. Escorting survivors has also been taken out, instead randomly generated distressed citizens will pop up and the player can divert from the main path to take care of the person that needs help. After the survivor is saved they will find their own way back to a safe house. This all ties into the one major flaw of the game, the difficulty is just not there anymore. Previous releases were unforgiving and gave the player a real sense of accomplishment when they finished it was over and finally reached the true ending. Although removal of the hardcore elements could be interpreted as Capcom trying to make the game accessible to a wider audience.

Overall Dead Rising was a very enjoyable experience and is definitely something fans of the series should check out. Before purchasing, keep in mind that if you played for the time management and survivor escorting then this is not the Dead Rising for you. This game makes a very entertaining zombie sandbox and will satiate that zombie murdering itch that we all need to scratch sometimes.