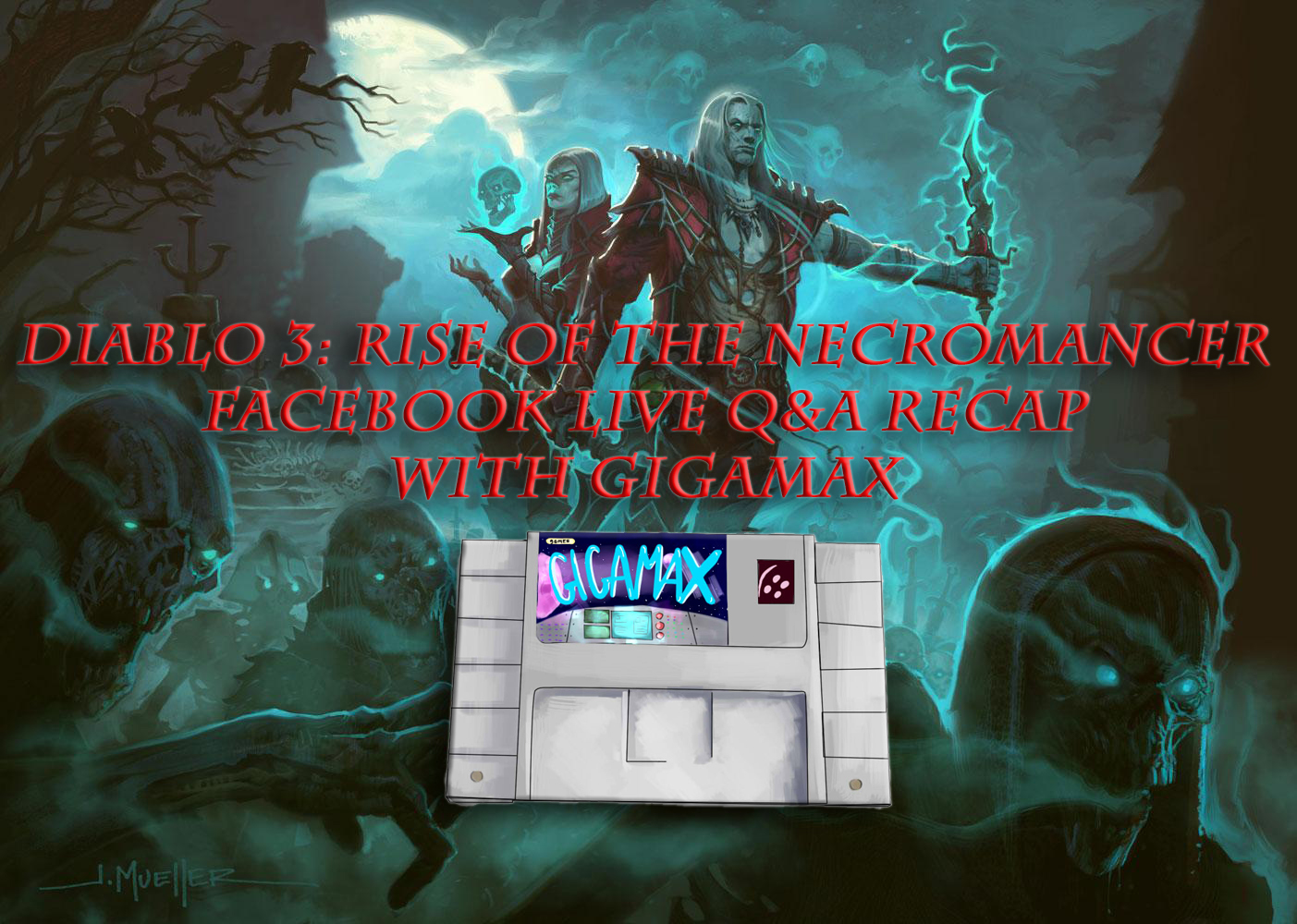 Necromancer, Back From The Dead

Blizzard kept the hype train for their upcoming Necromancer DLC rolling last night. In a Facebook live event they released a ton of details on how the new class will behave. Unfortunately no release date was announced, but the term “near future” was thrown around quite a bit. Another downside to the event was the lack of gameplay or screenshots, although the developers said that was  something players could expect to see soon.

Right off the bat it was asked how close the Diablo 3 Necromancer will feel to the one from Diablo 2. Lead FX artist, Julian Love and Sr. Game Designer, Travis Day were speaking on behalf of the team. They ensured it would keep the true spirit of the class which was exciting. When asked how they would operate with the lack of corpses in Diablo 3, the devs clarified that they added enemy corpses when a necromancer is on the map. They also mentioned that the poison aspect of the class will be removed but the Necromancer will still have the bone skill tree.

Next up was whether or not a melee focused Necromancer would be possible. Thankfully it is still a viable option. There will be plenty of gear added for a melee build . The class is also keeping its popular revive and corpse explosion abilities. Necromancers are able to hold any weapon that’s not class specific as well as their own unique weapon, the two handed scythe.

The popular summon, Golems, will also make a return. As of now, they have 3 Golems designed and they’re adding new ones themed toward Diablo 3. Blizzard also assured that they are adding multiple different types of play styles for the class. Mostly centered around pets, auras and melee abilities, the class seems as though it will have a familiar feel from those in Diablo 2.  They also addressed the similarities between the Witch Doctor and Necromancer saying that the classes are very different and that fans shouldn’t worry. Two of the biggest differences are Necromancers  will have skills revolving around self damage and have a lack of damage over time abilities.

One more piece of exciting information that did not pertain to the Necromancer, was that seasons are coming to consoles. The popular “ladder” like event that gets new challenges every couple of months has long been absent from console versions of the game. In the comments section of the stream, the official Diablo account said that players can expect more information on the console season themed patch soon.

This was not all the information shared, if you’d like to hear all the info check out the video of the live Q&A embedded below! Since there is no gameplay or screenshots, it can be turned on and listened to like a podcast in the background. We are pumped to finally have more information on this famous class and can’t wait to get our hands on it. Make sure to check back with Gigamax Games when the class is officially released for videos, articles, and streams pertaining to the Necromancer.