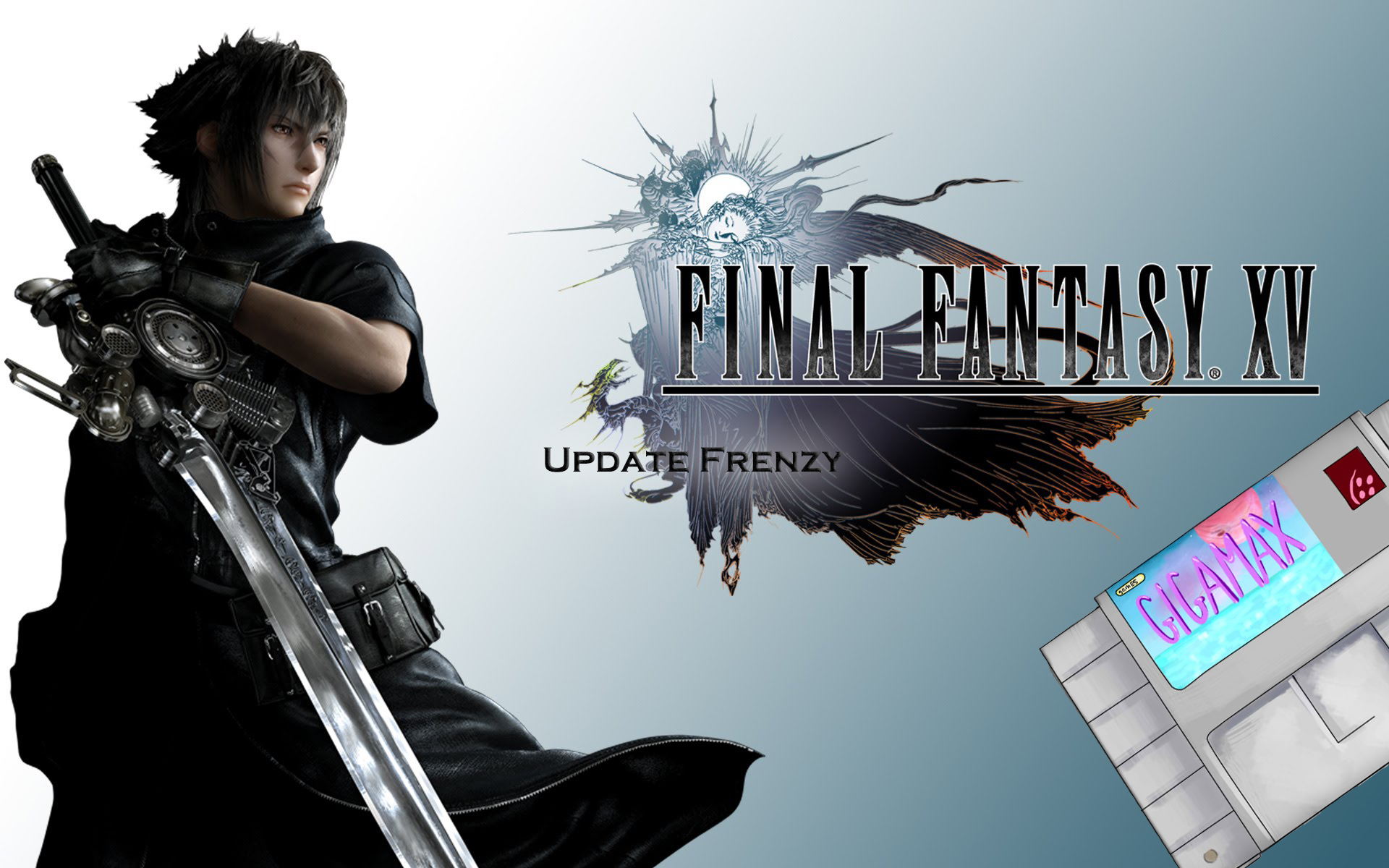 Final Fantasy XV Update:  The creators finally address the highly criticized 13th Chapter. However, this isn’t the only update the game will receiving. A slew of updates will begin releasing starting on Feb. 21. The director, Hajime Tabata offered up this information during their live-stream dedicated to Final Fantasy XV.

The first update will be primarily for the PlayStation 4 Pro. Available on Feb21st, this update comes along with the “booster pack” DLC. After this update, Final Fantasy XV will run at 60fps. Along with this performance update, players will now be able to listen to music while riding the chocobo. We here at gigamax don’t agree with installing radio’s on animals… But I digress. Additionally, the level cap will be raised to 120.

Next up will be the highly anticipated Chapter 13 update which releases on March 28th. This update also comes along side the “Episode Gladiolus” DLC. The Chapter 13 update will include various improvements to the notoriously slow last chapter. Facing an outcry from fans, Tobata ensured they will fix some of the issues they’ve heard about. However, few details were offered about what content will be included in the updated final hours. One exciting detail that was offered was that Gladiolus will be a playable character during this section of the game. The update is perfectly timed as the ‘Episode Gladiolus’ DLC allows players to use the character throughout its duration.

Initially, gamers thought the developers ended up rushing Chapter 13 but Tobata quickly dismissed those claims. “The direction of chapter 13’s content was a deliberate decision made by the development team,” he explained. “That said, the amount of stress inflicted on the player while running through this chapter was greater than we had anticipated. We believe resolving this issue will naturally lead to a better gameplay experience.” (http://bit.ly/2kApuGj)

This outlines all the content detailed in the Final Fantasy Live Stream. However, the new content still doesn’t end there. Tobata revealed an ‘Episode Prompto” DLC will release in June. One of our favorite characters, this should be an exciting and humorous addition to Final Fantasy XV.

Expected in the future, an update will allow Noctis to take the Regalia off-road. No other details are available and no release date was set. This is a feature that will truly offer an exciting experience for our second play through.