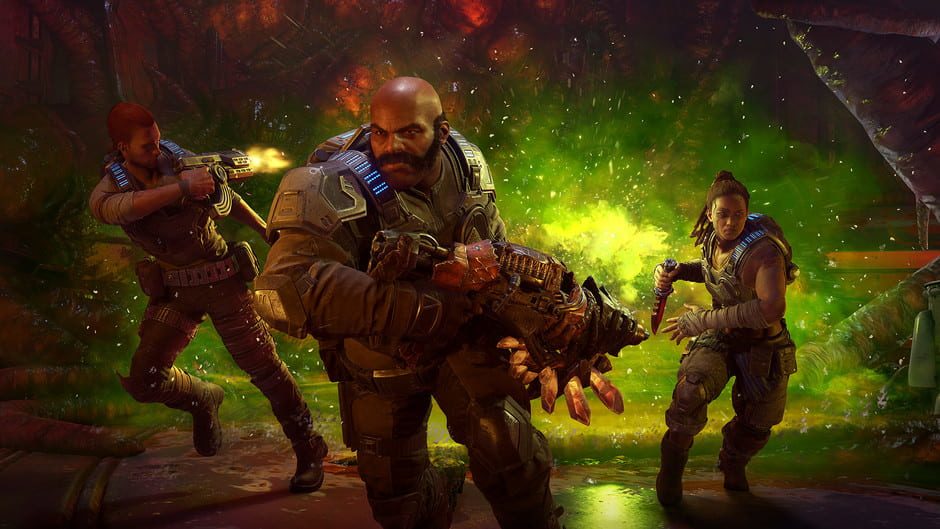 The upcoming Microsoft exclusive Gears 5, which got another cinematic preview at this year’s E3, is right around the corner. As the September release date draws near, more details are being revealed about the third-person shooter. A recent post on the Gears 5 website informed players the game will include free DLC and the lack of a season pass.

The blog post shows off a cinematic look at the new character Fahz. The developer also explains the new 3-player co-op mode, Escape. Although, the biggest reveal was how Microsoft plans on handling the additional content releasing over the course of the game’s life span.

The developer behind Gears 5, The Coalition wants to ensure they create a player first experience, which means some of the additional content will be free. Gears 5 will not have a season pass or loot boxes and will feature free DLC maps for both public and private play. Also included are microtransactions, but the post ensures that all purchases will be direct and not feature any RNG. The different types of cosmetics up for purchase include costumes, weapon skins, banners, expressions, executions, blood sprays, and marks.

Gears 5’s story follows Kat Diaz as she looks into her heritage and her connection to the Locusts (bad guys of the Gears series). Xbox boss Phil Spencer is confident in Gears 5 and said that the game was looking great when he went to visit the Vancouver based studio. Gears 5 releases on September 10th on Xbox One and PC with a versus technical test scheduled for Friday, July 19th. We here at Gigamax are excited for the next game in this long-running series, so be sure to keep checking back here at GigamaxGames.com for all the latest updates.