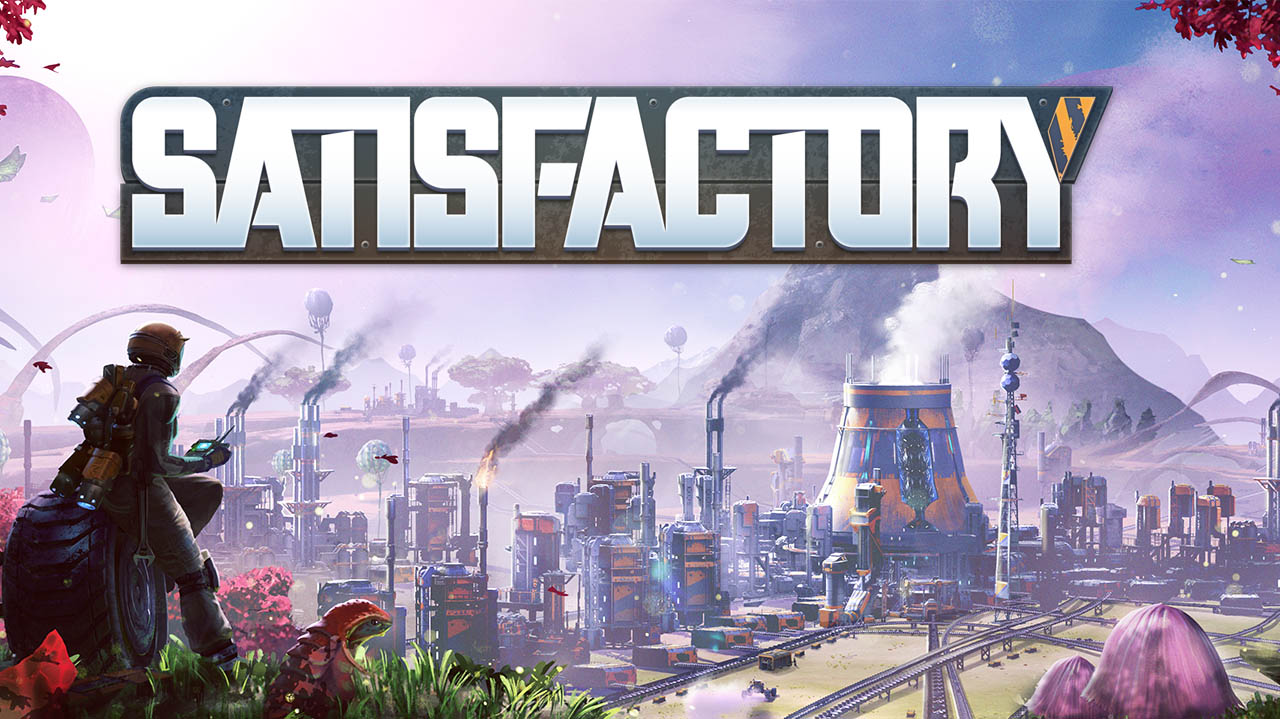 Coffee Stain Studios, the original team behind Goat Simulator and Sanctum just released Satisfactory for PC on Epic Games Store for early access. Satisfactory is a gorgeous first-person factory builder sim, with a dash of No Man’s Sky and a splash of mystery. The game has been in closed alpha since October 2018 but Coffee Stain Studios thinks Satisfactory is ready for a larger scale test. Along with the announcement of its early access release, the studio also posted a development roadmap so fans can know what to expect over the next couple months.

In the short two minute early access launch trailer, a massive amount of content can be seen. An expansive “handcrafted” world awaits the employees of FICSIT Inc., measuring in at 30km2 or just under 20 square miles. Players are enterprising space Pioneers tasked with charting and exploring a strange alien world. They will build and automate monstrous factories for an unknown reason. FICSIT Inc. employees are not the typical 9-5 workers. These individuals need to fight off hostile alien beasts, research new tech, automate vehicles and continue improving their area of operation.

Satisfactory early access launches with multiplayer (1-4 players), vehicles with automation capabilities, and six tiers of milestones that each unlock new machines, resources, and equipment. The game releases on early access with an impressive amount of content but the studio ensures this is only the beginning.

“Satisfactory offers immense creative freedom for players. Working with the community during the alpha and seeing their amazing and bizarre factories has been an awesome and constantly surprising experience,” said Oscar Julsen, Game Director at Coffee Stain Studios. “The game is far from perfect but we have huge plans moving forward and we’re excited to invite players to exploit this beautiful alien planet with us and shape the future of irresponsible space construction!”

Those on PC can purchase a copy today for $29.95 and the company warned that this price could increase when a full version of the game is released. Satisfactory can be found right now exclusively on the Epic Games Store.

Coffee Stain Studios is incredibly transparent about the development process and relays that they are unsure how long early access will last. They did state that the game will be in early access for at least a year but it could be longer. No word yet on when fans can expect to pick up a 1.0 version. Be sure to keep checking back on GigamaxGames.com for the latest updates on Satisfactory, gameplay videos, and the latest video game updates!