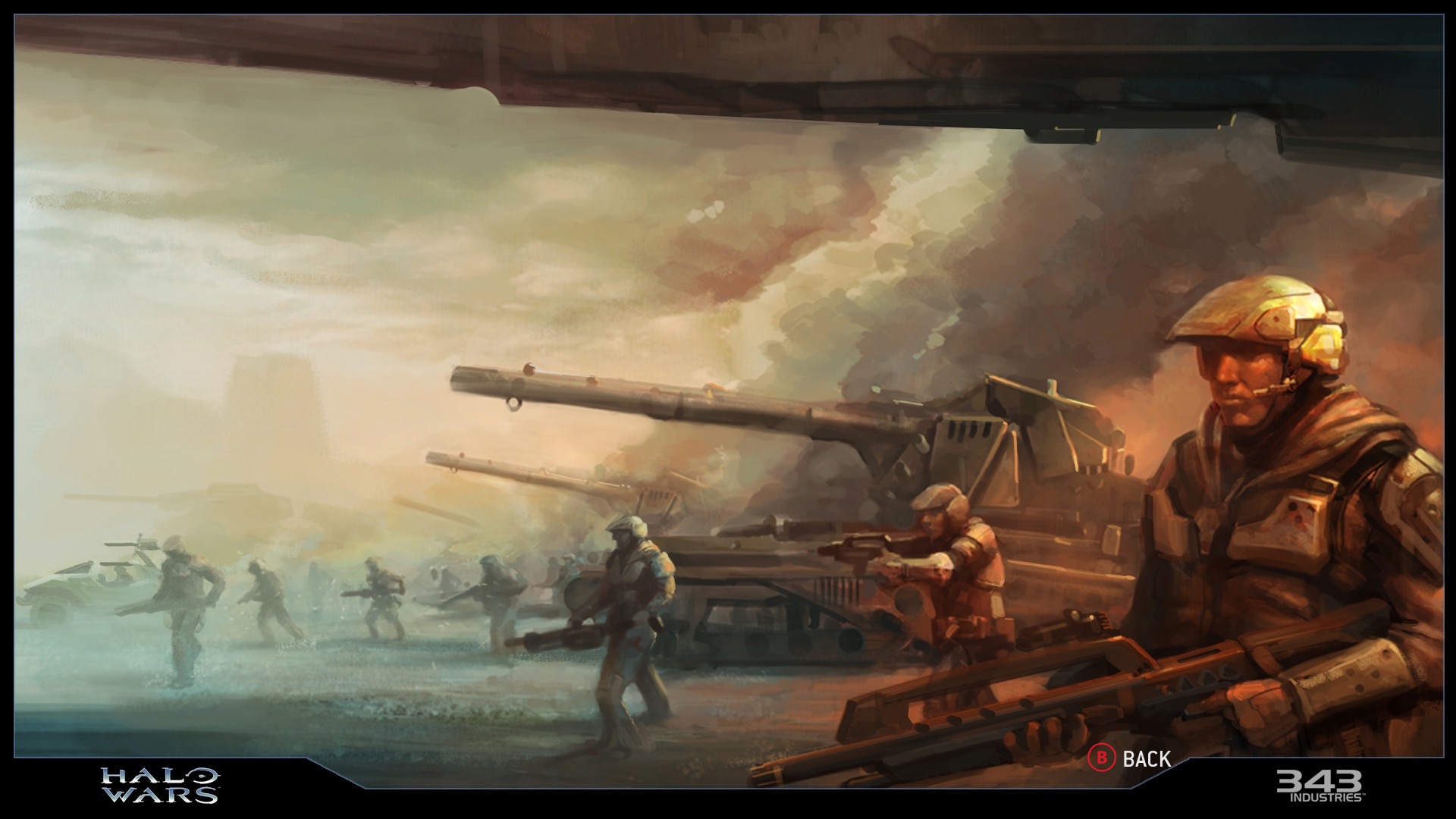 Halo Wars: Definitive Edition is a return to the real time strategy classic from 2009. In anticipation for the next entry, Halo Wars 2, 343 Industries is letting fans head back into the original and its DLC. Halo Wars doesn’t shake up the RTS formula, but it is interesting to see the Halo lore expanded in strategy game form. With a generous amount of troops on either side the game is a good starting point for those new to the genre. 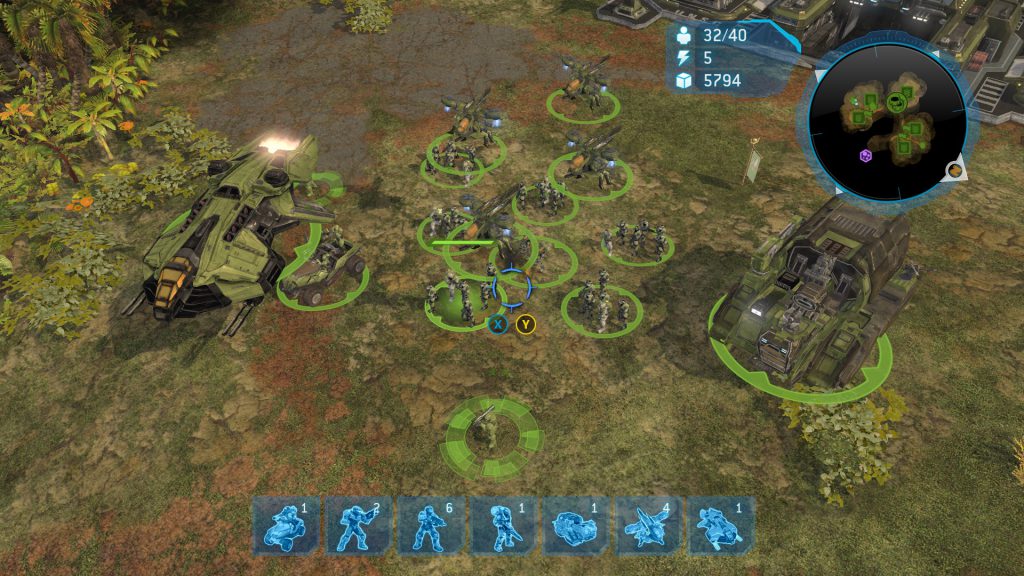 Real time strategy games can be an intimidating experience for those that have never tried commanding their own virtual armies. Halo Wars offers a simple user interface that fits well on the Xbox, which is rare for strategy games. There is also a few tutorials to help get players back into running a well oiled war machine. If the game still proves too daunting, the campaign can be played on various difficulties ranging from easy to legendary. Although each level in the story seemingly has its own difficulty which can go from hand holding to unfair in an instant.

Halo Wars’ campaign follows the UNSC as they fight the Covenant at their most nefarious. The campaign doesn’t do much to ‘wow’ the player, but for hardcore fans it’s a fun look inside the battles leading up to the first game in the main series. The game is very much catered for those that’ve played the core series. Players that have never played a Halo game may feel lost in the convoluted plot. With the only two factions, the Covenant and the Marines, it also feels like there is some untapped potential. 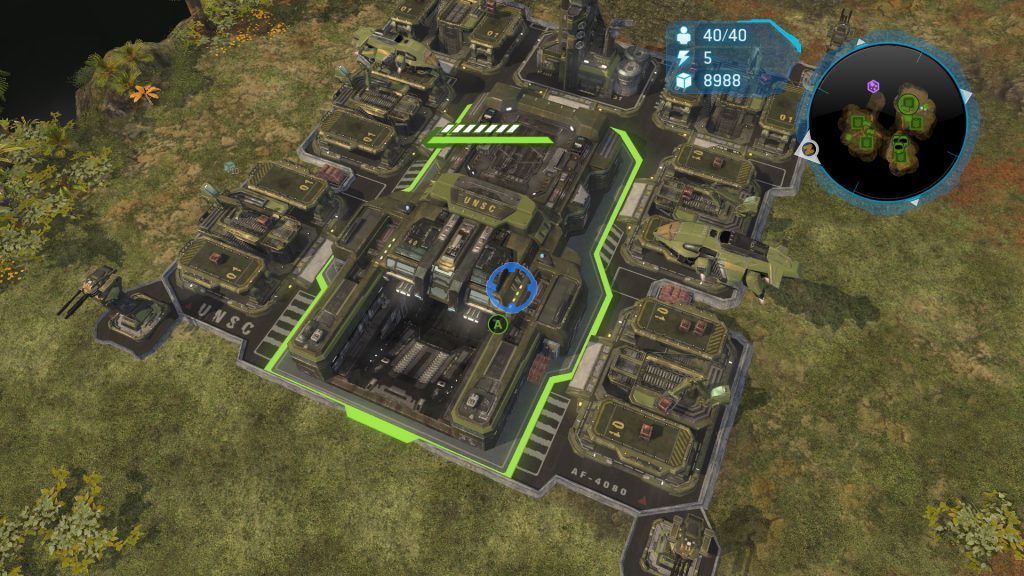 Each of the armies offer different intricacies and strategies to learn. They also both come with various troops and buildings. Players are not able to expand bases past a preselected zone and that can feel a bit lackluster, the developer makes up for this by including a ton of different troops. Each side has an array of foot soldiers, ground vehicles and aircrafts to play with. Battles have an excellent chaotic feel that sound and look excellent. Combat is also shaken up with the inclusion of non playable factions. Taking over certain points can send out flood or forerunners to ravage the enemy and aid your fight. The only issue with this is that these two factions could have made excellent controllable armies.

Multiplayer is fun and is obviously the heart of the experience. Skirmishes are an intense experience that can lead to satisfying victories and devastating losses. Defending bases from Warthog rushes and hoarding supplies feels great. Another plus is micro managing troops is simple. It’s not always PVP though, also available are co-op campaign missions that can lead to fun power trips. 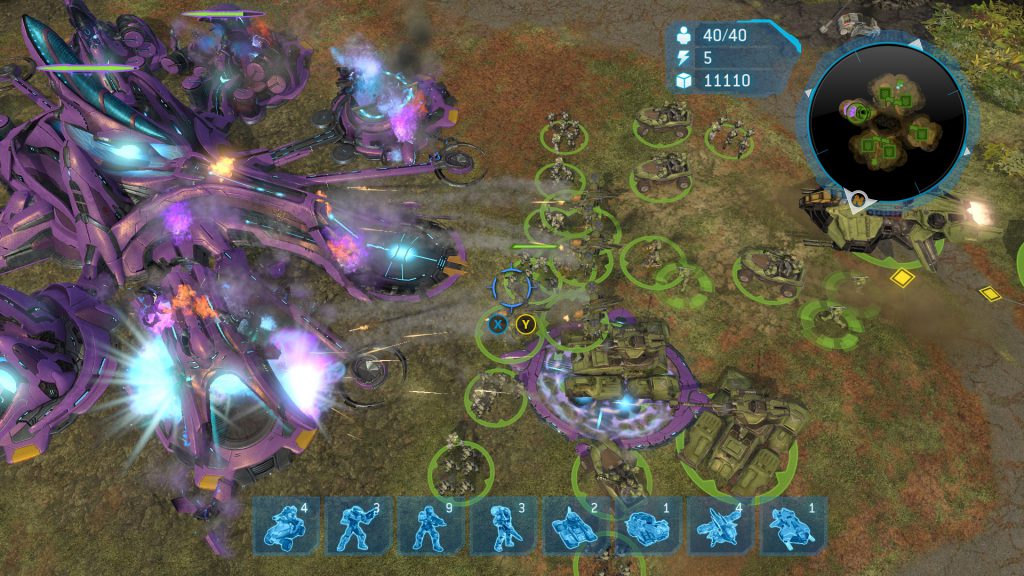 Halo Wars: Definitive Edition is a good first experience for new RTS players, although those returning to the series won’t find any new content. The allure for veterans is to shake off the rust and prepare for the sequel releasing in February. Overall the experience is enjoyable and can scratch that real time strategy itch that seems to be lacking in today’s current console market.