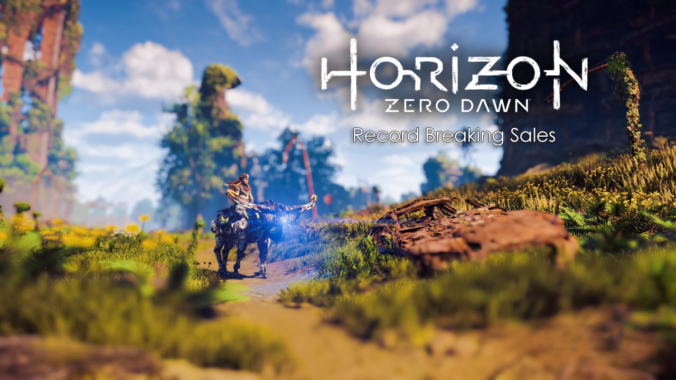 Horizon Zero Dawn made quite a splash when it hit stores on February 28th. The PlayStation 4 exclusive was received well by the community and showed that there’s still some room for originality in open world games. Not only did Horizon Zero Dawn review well (9.3/10 IGN, 9/10 GameSpot, 9.5/10 Polygon), it sold well too. It broke records by selling more than 2.6 million copies within the first two week of release. 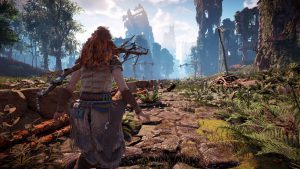 “We’re thrilled that Horizon Zero Dawn has been embraced by critics and players alike,” Hermen Hulst, managing director of Guerrilla Games said. He continued, “Developing the game was a labor of love, so it’s extremely satisfying to see that it elicits the same passion and enthusiasm from the gaming public that we felt during its development.” http://bit.ly/2m5zh9f

Impressive on Every Level

This game takes the title for best launch of a new Sony-published IP in PlayStation 4 history. Compared with a well-established franchise like Uncharted which topped 2.7 million units sold with Uncharted 4: A Thief’s End in the first week, Horizon Zero Dawn held its own. So even with a loyal fanbase, Uncharted only outsold the new release by 100,000 units.

Hulst did hint that this isn’t going to be the last time we see Aloy. It’s not clear if he was alluding to story DLC for the current game, or if they will be working on a sequel, both would be awesome.

With a host of open world games on the market, Horizon Zero Dawn had the chance to slip through the cracks. However, it defied the odds and truly stood out and the sales numbers are another indicator that Guerrilla Games is onto something with this new IP.