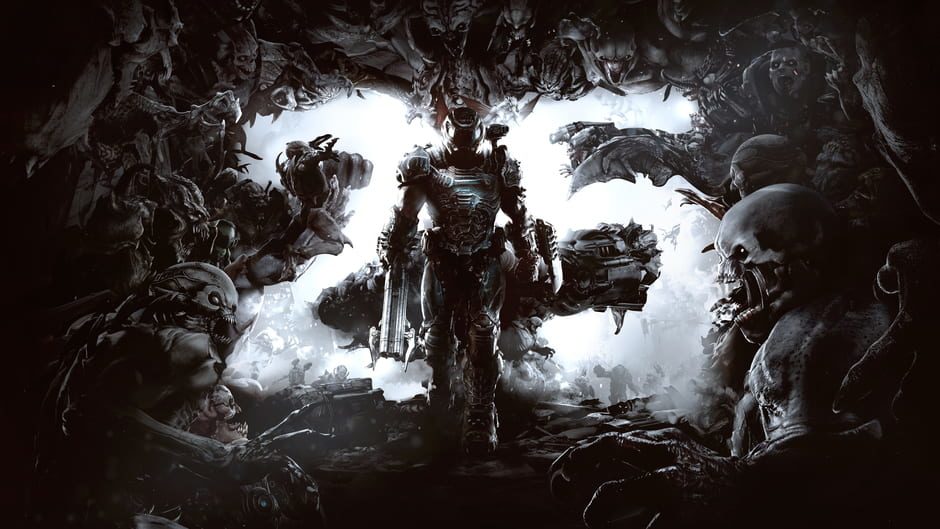 At the recently held QuakeCon keynote, Bethesda and Id Software detailed the new Battlemode multiplayer for Doom Eternal. Players can take the role of “The Slayer” also known as Doomguy, or one of five Demons that have their own abilities and upgrades.

This new 3 player mode pits one Slayer against a team of two demons. The player controlling Doomguy has access to an arsenal of guns, mods, and equipment, but needs to kill demons in order to gain back health and ammo. Demons have their own list of unique abilities, like the power to see through walls and summon AI-controlled demons/hazards. After killing one of the player-controlled demons, the Slayer will have 20 seconds to find and kill the other one in order to win the match. Matches are fought to the best of 5, with players upgrading abilities as the match goes on. Over time Demons will also gain the ability to summon more powerful allies and Doomguy can acquire the BFG.

As of now, the demons revealed include the Revenant that uses a jetpack and shoulder-mounted rocket launcher, a pain elemental that can fly and track the Slayer and utilize a rechargeable shield, lastly Id revealed a Mancubus that uses heavy canons and twin flamethrowers for extra lethality at the cost of mobility. At launch, the mode will include 6 maps, but more locations and Demons are planned for later.

The year’s QuakeCon marks the last event for Tim Willits, studio director at Id Software, which was celebrated with a farewell to Willits when the event started. This year’s QuakeCon has been called “The Year of Doom” to mark the anniversary of the launch of the original game and the upcoming launch of Doom Eternal.