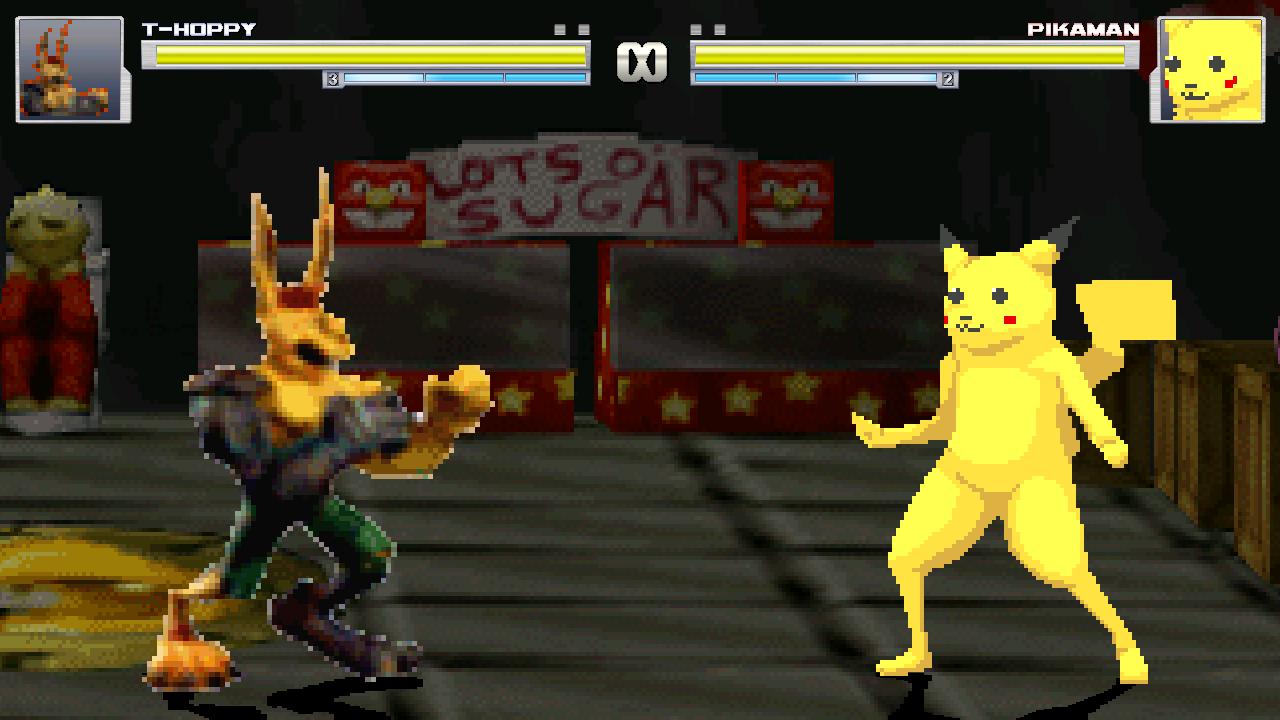 They just don’t make video games the way they used to. This isn’t to say the quality has decreased, but the weirdness sure has. It seems like game development companies just aren’t too keen on taking risks with weird games these days.

There is plenty of innovation going on, such as cloud services, shareability, and streaming technology, but there is a serious lack of weirdness. Gone are the days of seeing Santa Claus in a sumo suit body slam a mutant bunny rabbit in a game like Clay Fighters 63 1/3 and people playing a game all about Michael Jackson’s signature moonwalk dance (Michael Jackson’s Moonwalker, yes that’s an actual Sega Genesis game from the 90s.)

Indie Developers Save the Day

Since the major companies are squeamish, the torch has been passed to smaller, independent developers. “If you’re looking for weird games, try checking out the work of less mainstream creators such as LGBTQ and people color. You’ll get a look at bizarre and fun worlds of romantic giant robot fights and more. Games with these kinds of themes are risky, to say the least, but they are also very fun and a refreshing break from the usual,” recommends June Camp, tech writer at NextCoursework and 1Day2Write.

One recent weird development is the release of Playdate by Panic. Playdate is a unique, handheld gaming device that offers users a 12-week schedule of mystery games. It’s kind of amazing this thing was made, considering it’s the exact opposite of what mainstream gamers have been seeing for years. “People are used to predictability in their games. They get into a pattern of using that same loadout for Call of Duty or Fortnite, hiding in the same spot on the maps, etc. Playdate is much more unpredictable and hopefully, it is signalling a more creative turn for the gaming industry,” writes Douglas Grimm, CRO expert at WriteMyX and BritStudent.

One major advantage that PC gaming has over consoles is that you get a lot more creative because of the ability to mod games. Modding, which is slang for modifying, involves changing the structure, appearance, and even the gameplay of a game. If you’re computer savvy enough, you can improve a title’s graphics or even add in brand new elements. In fact, the highly popular game DOTA is a product of modding. Once the modifications are done, the user plays the altered version, with the mod basically sitting on top of the original game.

Mods are generally about fixing bugs and catering to preferences, but they can also get pretty darn weird. Once you’ve played a game long enough, you start to wonder things like “I wonder what my character would look like with chainsaws for arms?” and “How would it look if he fired snowballs out of his gun rather than bullets?” Modding can also make games weird in ways beyond these kinds of goofy, but purely aesthetic, alterations. People have rebuilt entire games, using mods to create a higher quality graphic and gameplay experience for the player. One example of this is Black Mesa, which is a complete rebuild of the popular game Half-Life. Black Mesa is the same basic game, but with better graphics, new items, new character dialogue, and even a brand-new soundtrack. It feels almost like a new release, but it’s still basically Half-Life.

Minecraft is an ideal game for modders. One of the weirder mods is turning the baddies into horrifying zombies with blood dripping from them. Another modder was dissatisfied with the unrealistic way that creatures reproduce in the Minecraft universe. The resulting mod features both distinctly male and female creatures, pregnancy, a mating season and more. This kind of bizarre attention to detail is what makes weird mods one of the best parts of any gaming experience.

If reading about these bizarre mods makes you want to go out and learn how to mod your way to your own weird game, be sure to do it right. Take your due diligence and make sure you are using safe sources for your modding. Check out sites such as the Steam Community Workshop, MODSonline, Nexusmods, and MinecraftMods. Who knows, maybe your weird modding will be the start of the awesome new, weird video game the world needs badly.

Emily Marchant is a blog contributor for PhDKingdom. She looks after the renewal and retainment of subscribers, using email newsletters, sponsored content, and events. Emily is a great project manager, team member and marketing manager at Academic Brits and Origin Writings.