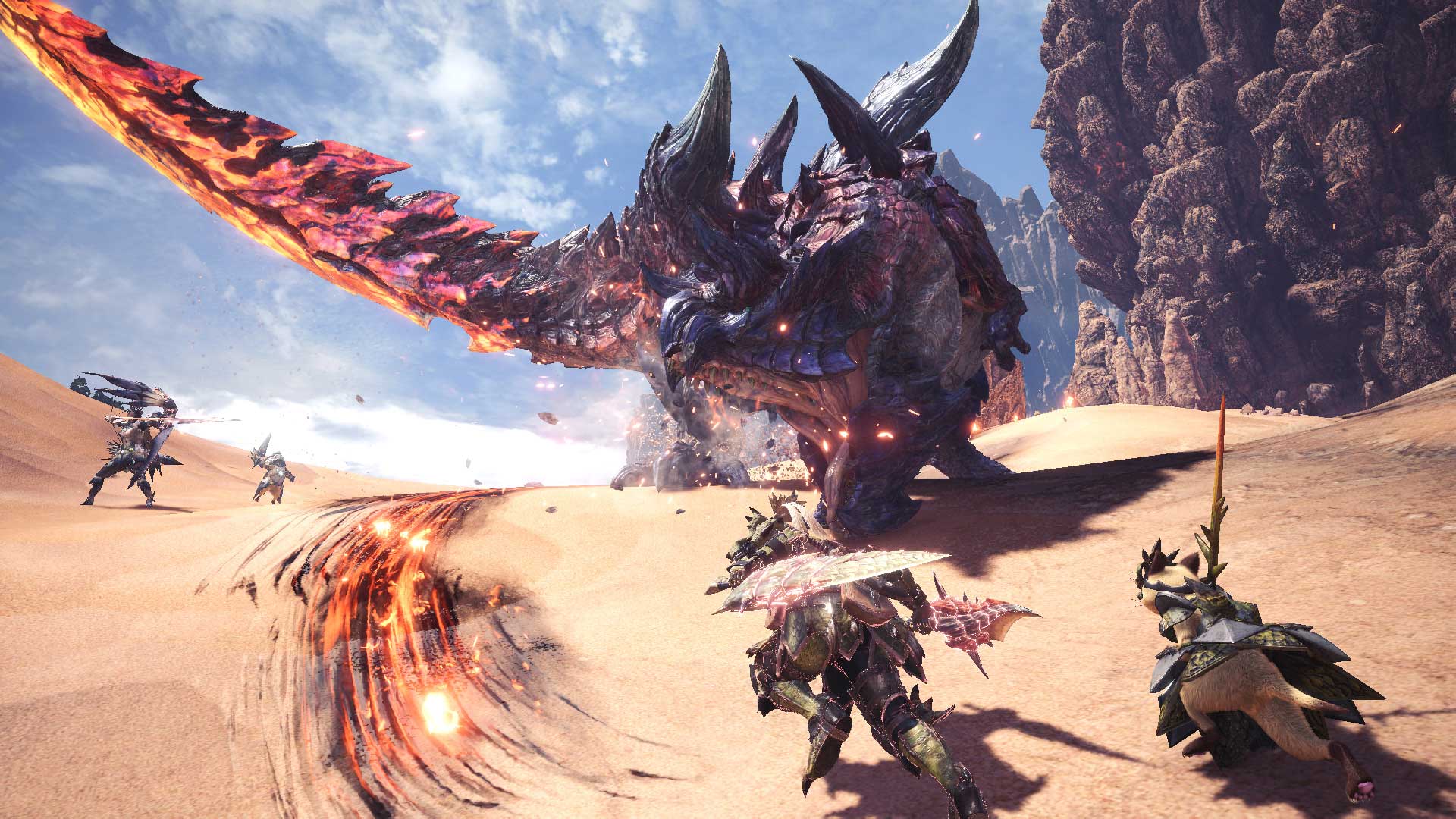 To follow up their recent Monster Hunter World: Iceborne beta on the PS4, Capcom released a new trailer detailing the upcoming expansion pack.

The trailer shows off a number of new monster variants that players will be able to take on, along with a beast many veteran hunters may recognize. The new gathering hub where players will spend their time in-between hunts makes an appearance as well.

As previously teased in the last Monster Hunter World: Iceborne trailer, the fire using Glavenus from Monster Hunter Generations is making its return. The expansion pack will also introduce subspecies monsters, which are described as “extreme, twisted variations that amp up the difficulty and require master-level hunting skills to defeat.” The trailer showed off two of these beasts including the Fulgur Anjanath, which uses electricity-based attacks and the Ebony Odogaron which Capcom says is “more vicious than ever.”

Iceborne takes place in the arctic region of Hoarfrost Reach, which features a new Gathering Hub that brings some quality of life improvements to the game. In the expansion, players will have much quicker access to tools like the Smithy, Resource Center, and Argosy thanks to their proximity to each other. Capcom added room decorating and stated that a later patch will allow other players to visit your room.

The upcoming expansion introduces a number of other gameplay tweaks as well including two-player level scaling and some new Palico gadgets. These two new cat based tools are known as the Shieldspire Stooge and the Meowcano. The first is a decoy that monsters can get distracted by, while the later is a jar that shoots fireballs in all directions.

Monster Hunter World: Iceborne officially launches on September 6th on both Xbox One and PS4. PC players will have to wait until winter, but as of now no official release date has been announced. We here at Gigamax are huge fans of the Monster Hunter series so be sure to keep checking back here at GigamaxGames.com for all the latest updates!