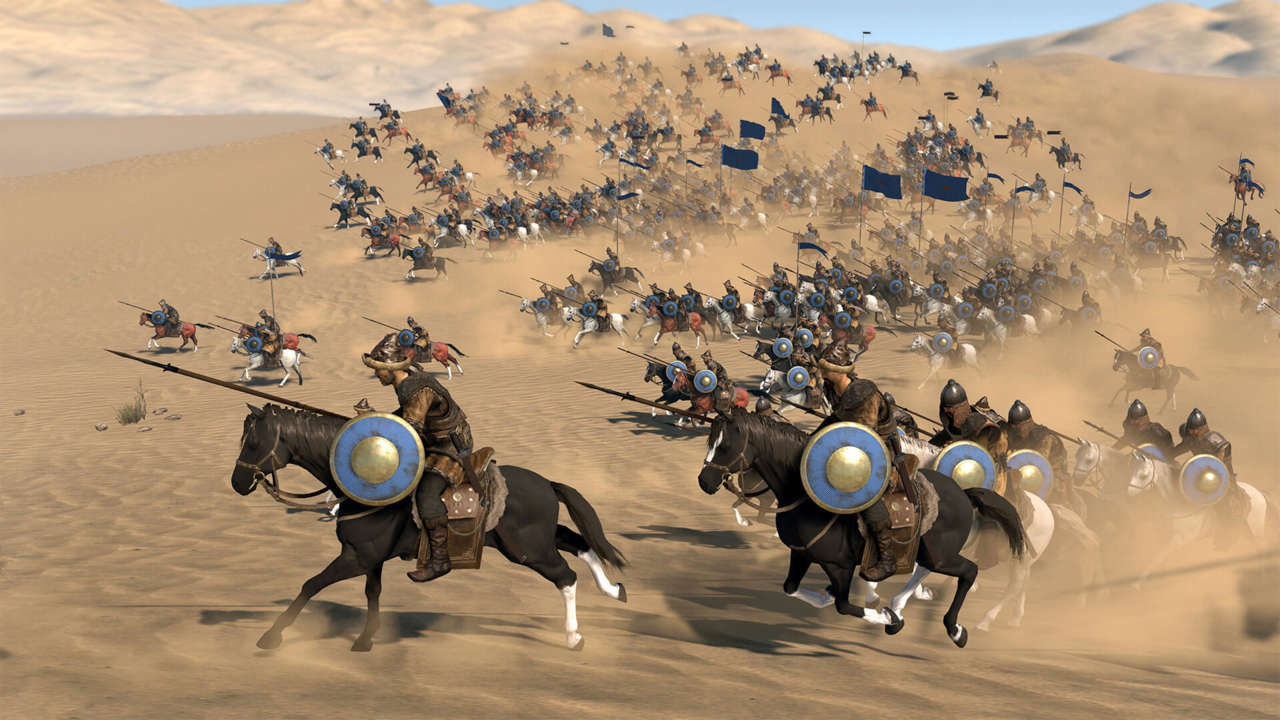 Mount & Blade II: Bannerlord is TaleWorlds Entertainment’s latest iteration of their cult classic. It takes place 210 years before the original Mount & Blade, drawing inspiration from the Migration Period. Bannerlord eclipses its predecessor. Its graphics and gameplay are both welcomed additions to the Mount & Blade family. 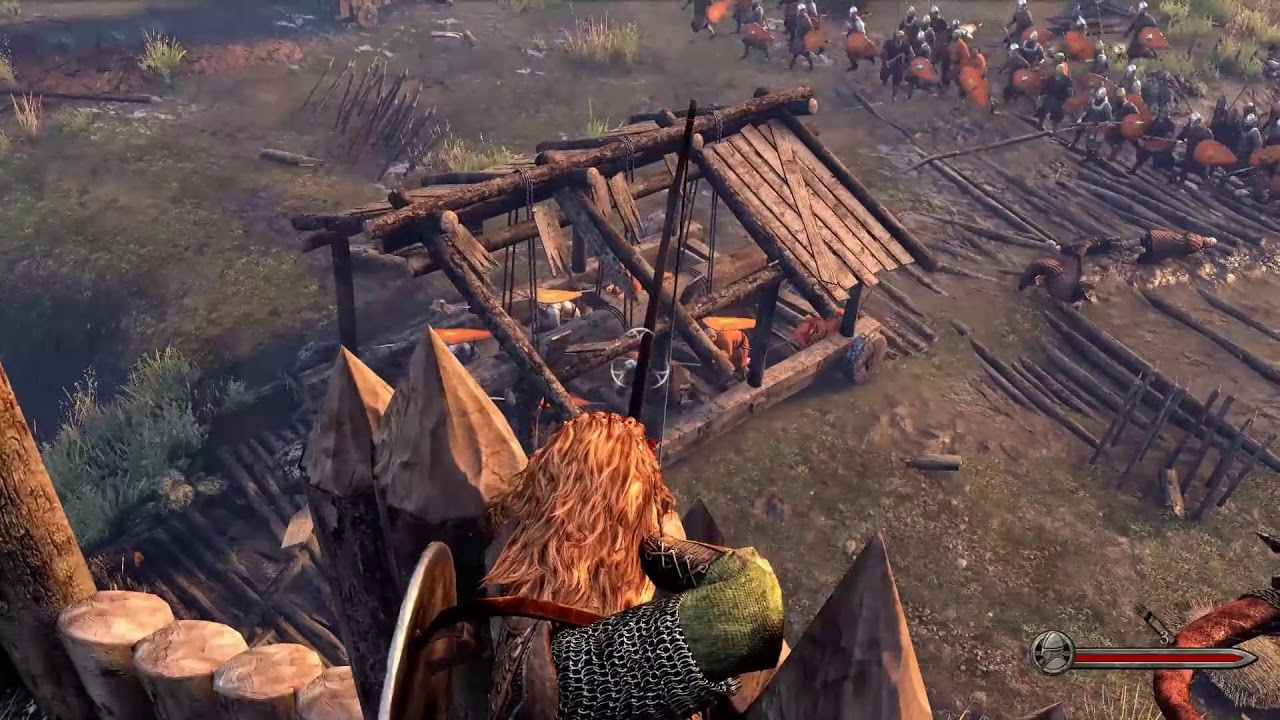 After years of waiting, the time has come to experience Mount & Blade II: Bannerlord. Here’s a quick review highlighting the highs and lows of this hidden gem.

Mount & Blade is an action role-playing game that was originally released in 2008. It uses an innovative combat mechanic that can be compared to For Honor. The game is set far back in history where bows and close-quarters combat weapons ruled the battlefield. Mount & Blade makes incredible use out of its complex combat system. Sword fights feel chaotic but controlled. Blocking with a shield feels cumbersome, but natural. Launching an arrow or javelin at an enemy takes skill but every impact is more satisfying than the last. All of this had critics raving in 2008 but the graphics left much to be desired.

This game would have gone unnoticed by the Gigamax Games crew if it wasn’t for one dedicated Mount & Blade fan. A Giga-Knight by the name of Luke pressured the crew to purchase the original game on PS4. This sparked an affinity toward the game. Once TaleWorlds Entertainment dropped Mount & Blade II: Bannerlord, it was time to see how the game evolved.

I played quite a bit of Mount & Blade: Warband, TaleWorlds Entertainment’s stand-alone expansion on PS4. Mount & Blade II: Bannerlord is only available on PC for now. Using a high-end gaming PC, 12 years of technology upgrades, and coming off of playing a PS4 port of a 2008 game for so long set the stage for me to be overwhelmed by its modern graphics overhaul. That breathtaking upgrade was exactly what TaleWorlds Entertainment delivered. 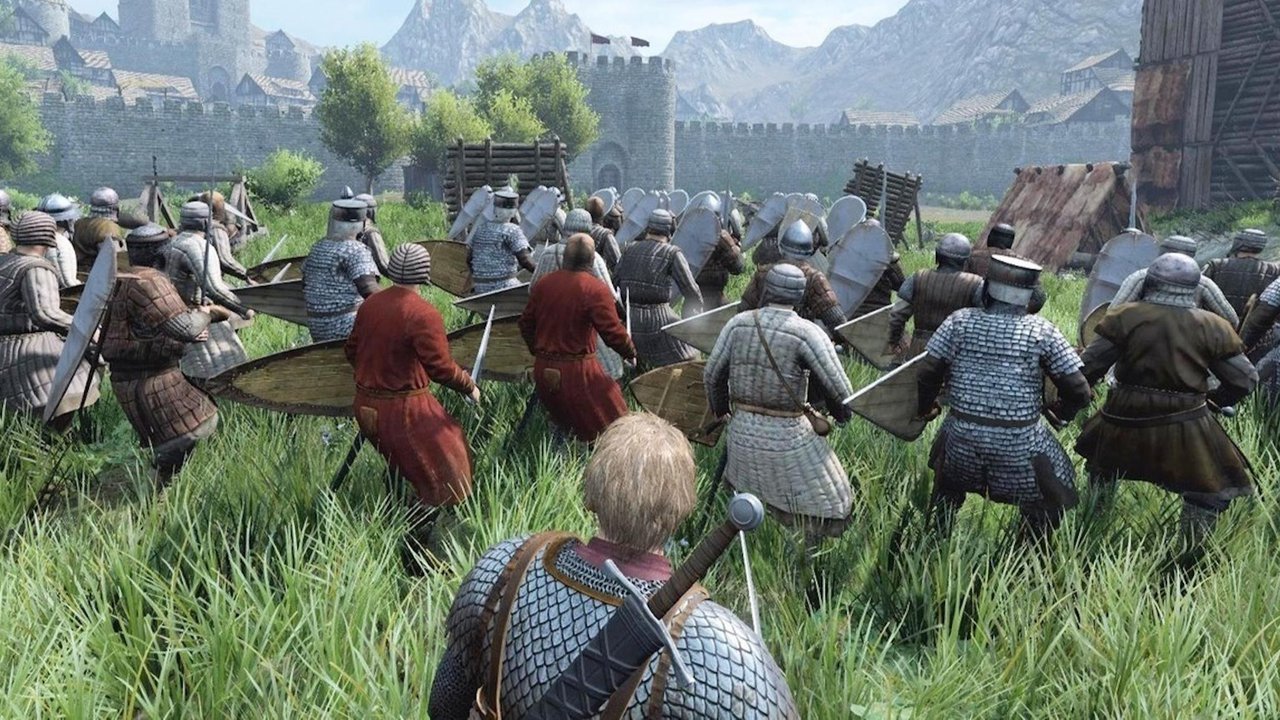 It didn’t take but two minutes to jump into a game once I opened the multiplayer launcher. Instead of clicking “quick play”, I instead chose a random custom Team Deathmatch server to check out the graphics. There were no issues connecting and once I was in the 40 vs. 40 Team Deathmatch game, lag was nowhere to be found. Bannerlord looked spectacular. This isn’t saying the graphics hold a candle to AAA games like Call of Duty or even a game like For Honor. Compared to the original and for a small, low-budget development team, the game has come a long way.

Multiplayer was always the draw of Mount & Blade. I do enjoy the sandbox nature of Warbands singleplayer and I can’t wait to try Bannerlord’s singleplayer. However, this review only covers multiplayer. Be sure to check back soon for a singleplayer snapshot.

In the original, there was a fair amount of stress and excitement that surrounded combat sequences. The game’s innovative combat mechanic makes sure of that. The combat is dependent on which direction the mouse is moving when the attack button is clicked. This lets a player “swing” in any direction they wish. People can feign attacks, string together combos, and create their own fighting style. To be truly good at Mount & Blade, a person needs to spend a lot of time perfecting this combat mechanic and getting to know the strengths and weaknesses of each weapon.

Improving the graphics adds a whole new element to the game. TaleWorlds Entertainment throws gamers into a war fought by hand, where they hear steel clashing against steel, feel the weight of the weapons, and experience the simulated horror and chaos of a medieval battlefield. Players can now clearly see and hear arrows and javelins whoosh by their heads as they charge the towering stone walls of a castle. They can watch as their friends on the front-line get bloodied and fall. Hearts will race as players defending a castle see catapults launch stones into the walls and battering rams smash open their barricaded doors. People can look out over a war-torn field and see massive battles take place with no break in the action. Dozens upon dozens of enemies and defenders face off to create a dizzying impression of an unforgiving war.

Unfortunately, the game does have some drawbacks. The graphics are incredible compared to the original games but still far below what can be expected from a game in 2020. Again, it’s a massive step forward and TaleWorlds Entertainment isn’t a large team. Graphics are not what make Mount & Blade II: Bannerlord worth playing. Combat, large open battles, and its historical references make the game a truly “must play”.

A huge draw of the original game was the decent selection of old-school weaponry and armor. Players could build custom load-outs and put it to the test on the battlefield. In Bannerlord, the game takes a different approach to selecting weapons. There is a class-like system in place, rather than allowing people to pick gear as they see fit. Having so much freedom in the original game was much more appealing. I’m not the biggest fan of the new class system.

Quickplay was never that quick. I only tried using the quick play option a couple of times. Each attempt I would be stuck waiting for games for a few minutes longer than I wanted to wait. The one-time quick play worked quickly enough, I was immediately removed from the game because the server crashed. I like to use the custom server selection option. There are enough open servers with enough active players available at any given time to always have a Team Deathmatch game waiting.

Mount & Blade: Bannerlord is $49.99 on Steam. The game is gorgeous when compared to the original and its massive open combat system is exhilarating. There aren’t many games like Mount & Blade. TaleWorlds Entertainment truly made a unique and unforgettable action game. If any gamer enjoys this historical period, breathtaking siege warfare, and stunning moments that would be impossible to create in any other game, Mount & Blade: Bannerlord is a must-play. People looking for a fleshed-out story-based experience might want to look elsewhere.

The Gigamax Games crew only has about 6 hours of playtime in Mount & Blade: Bannerlord. Be sure to stop by soon for even more updates to this review. Expect even more insight into the large-scale multiplayer experience and for a preview of the single-player.