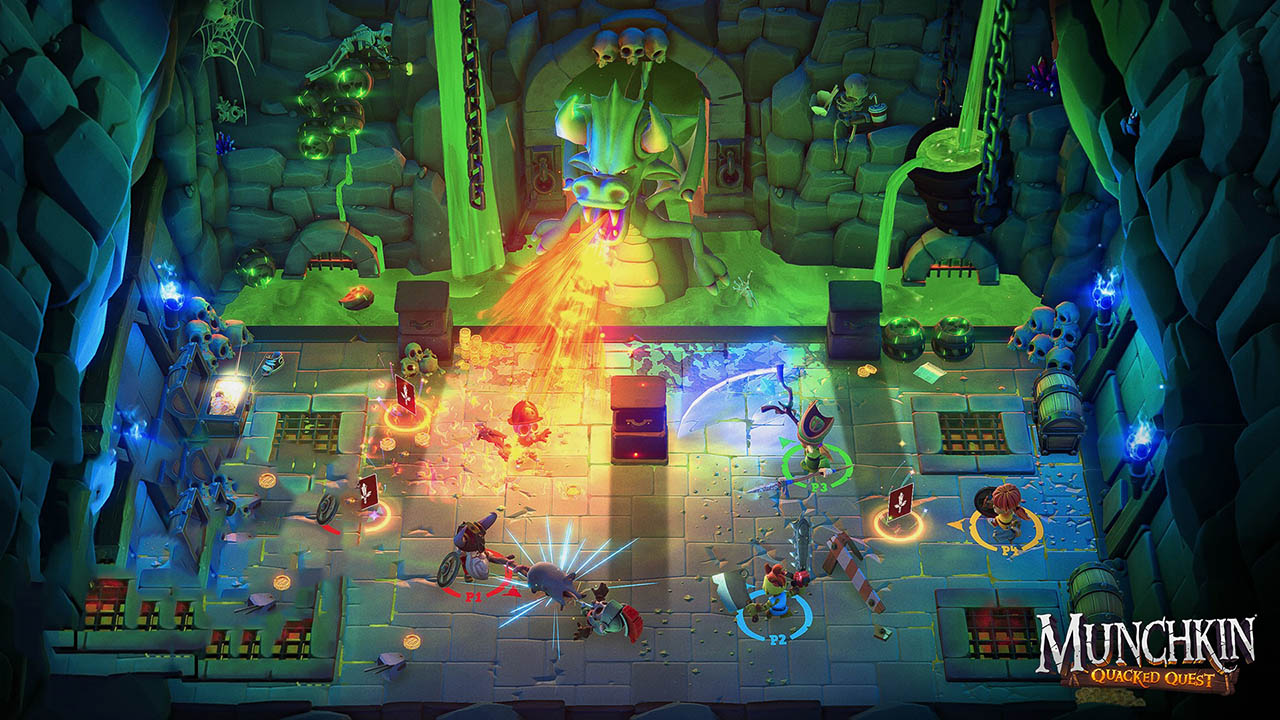 Asmodee Digital led the effort to bring Munchkin Quaked Quest to life. They are a leader in creating video games that were inspired by board games. Some of their other works include other blockbuster board games like Catan, King & Assassins, and Scythe. Asmodee Digital is the ideal publisher to lead the project of this highly coveted card game. 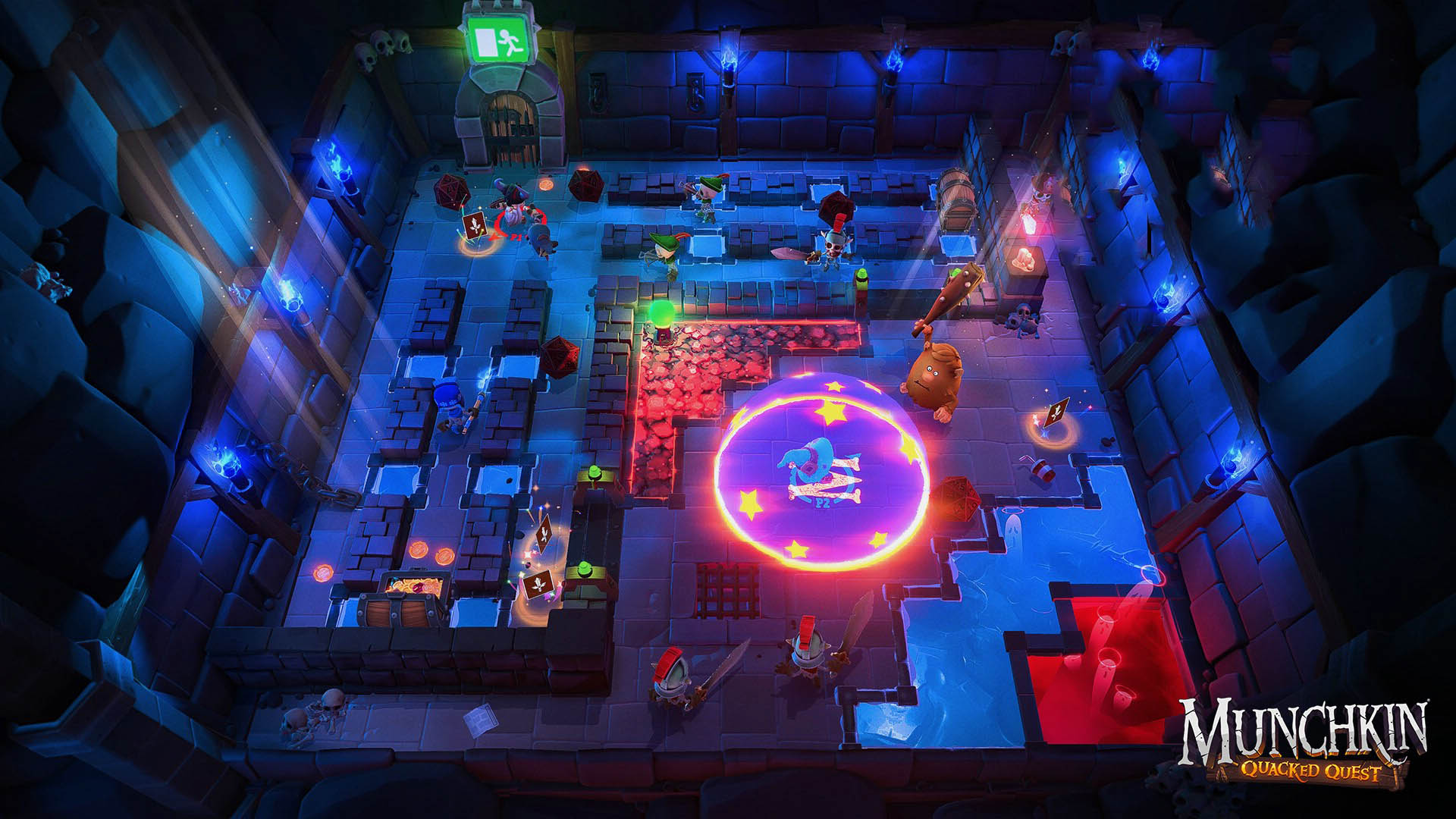 Munchkin is the winner of the 2001 Origins Award for Best Traditional Card Game. More importantly, this card game brought joy to millions of people around the world as they went on imaginary adventures, collected loot, and betrayed friends. It’s filled with puns, humor, strategy, and backstabbing. A beautifully crafted world, printed on play cards. There’s only one winner and it’s encouraged to play with friends, so naturally, this leads to some exciting rivalries and unexpected blindsides.

The digital adaptation of Munchkin closely resembles its card game counterpart. It’s a dungeon crawler/party-game that allows for single or up to four-player local multiplayer modes. Instead, Munchkin: Quacked Quest doesn’t force players to use their imagination when exploring deadly dungeons with so-called friends. Players can pick from the four unique races, Orc, Elf, Dwarf, and Human. Each race can be one of the four classes, Warrior, Thief, Cleric, and Wizard. Gamers have 16 combinations to try out and each pairing offers up a different set of abilities that help conquer the monumental challenge that lies ahead.

20 different weapons are waiting to be discovered. Use these weapons against the 15 different enemies, or friends, level up, and capture ducks. Each round, players and their party will experience randomly generated dungeons that include unique objectives. Replayability is exceptionally high in Munchkin: Quacked Quest and the official press release event stated “You will never need to purchase another game. Ever.”

As huge fans of the Munchkin card game, the Gigamax Games crew can’t wait to get their hands on Munchkin: Quacked Quest. Be sure to stick around and check back soon for more news on unique games. Request gameplay footage by commenting below!