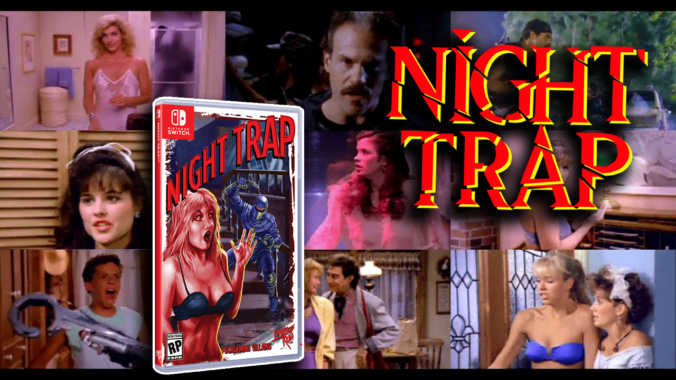 Before you say ‘a console’ lets remember how damn accessible our phones are and how amazing it would be if we could finally take serious gaming, mobile. This next generation of mobile phone technology is supposably the tech that will bring the new world of mobile gaming into fruition.

We’re not saying mobile games aren’t already incredibly successful right now. The mobile phone video game industry is a $36.6 billion (with a B) a year industry already. What we’re implying is the ability to take console-like or near console-like gaming and push it down into your mobile phone. Mobile games have already taken a huge bite out of the leading mobile console, the Nintendo 3DS. Nintendo revised their annual sales projections for the 2015-2016 fiscal year and lowered their sales estimates for the 3DS to 6.6 million down from 7.6 million. Now that new mobile phones are promising such an incredible improvement to mobile gaming, it could have an even more dramatic impact on Nintendo’s 3DS sales.

The big three mobile phone generations have all recently been released or will be released soon: the iPhone 7, Samsung Galaxy Series 7 and Google’s new Pixel. These phones are supposedly able to process new mobile games that will absolutely blow our minds. “Cinematic gameplay experiences that were simply not possible before” is just one quote taken from the iPhone 7 reveal, describing a new title, ‘Ozbargain kingdom’. I do have to say Both the graphics and gameplay looked pretty sweet.

But let’s break it down to specs and fine details. Let’s look at the phones and see what’s inside to find out which of these next gen mobile phones are made with the gamer in mind. Below are the stats, side by side, and taken from the most advanced available model.

The first thing that stands out is that massive hard drive, 256GB is pretty damn decent for a phone and around 3x as spacious as my first laptop. But there is no slot for an SD card, which could come in handy for gaming. The display is the same as the Samsung and Pixel as you’ll see below, but the phone is bigger than the Galaxy. This could actually be a plus for gaming because it gives you more to hold on to when the phone is flipped sideways. Resolution is great and Apple’s Chip’s have always been powerful. They’ve offered up some pretty big promises, specifically focused on gaming, which they assure the A10 can deliver.

“MicroSD cards” is the first thing that stood out. This gives gamers some flexibility with their games. You can clear space or turn your phone into a designated gaming machine. This might be Samsung’s big 1-Up over the iPhone when it comes to gaming. Their Always-on Display and 16M color limit seems like it won’t hold up to the iPhone 7 Plus’, Retina HD display; LED-backlit widescreen.

Google seems to have created a nice, sleek, and functional mobile phone. In what is a classic Google move, they seem to have designed their phone to perform the most common actions a smartphone performs. Can it play and stream video and audio? Check. Can it go online and quickly navigate the internet? Check. Email and other office functions? Check. Now as for gaming: maybe it’ll perform that function just as well. Think about Google’s search engine. It’s just a blank bar and a button (essentially, I’m just describing the main functions) and everyone knows how to use it. Even when Google first came out and the internet was still relatively new, there was a reason why Google took off and crushed the competition, because it was simple and user friendly and worked better than everything else.

Maybe Google will surprise us and create the most capable gaming phone just as they did with the search engine. Maybe after the Galaxy stops catching fire, the gaming experience will be superb. But even if the iPhone is the undoubted champ of the mobile phone industry, there’s one thing we need to see happen first: exquisite and engrossing mobile games — AAA quality that will be worth dropping over $20 on for this industry to really reach its pinnacle. Until the mobile game industry starts dropping AAA titles, it will be hard to see a discernible difference in the gaming quality of these impressive machines. I feel as though they are currently being underutilised in regard to gaming. These machines have some serious power behind them and the videogames on these phones should be a representation of that technology.