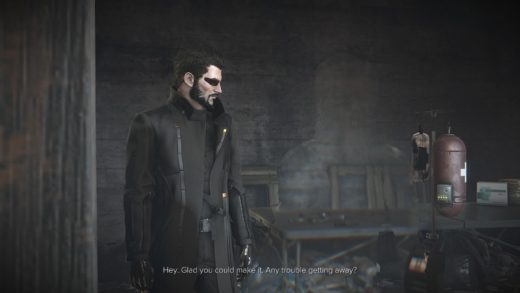 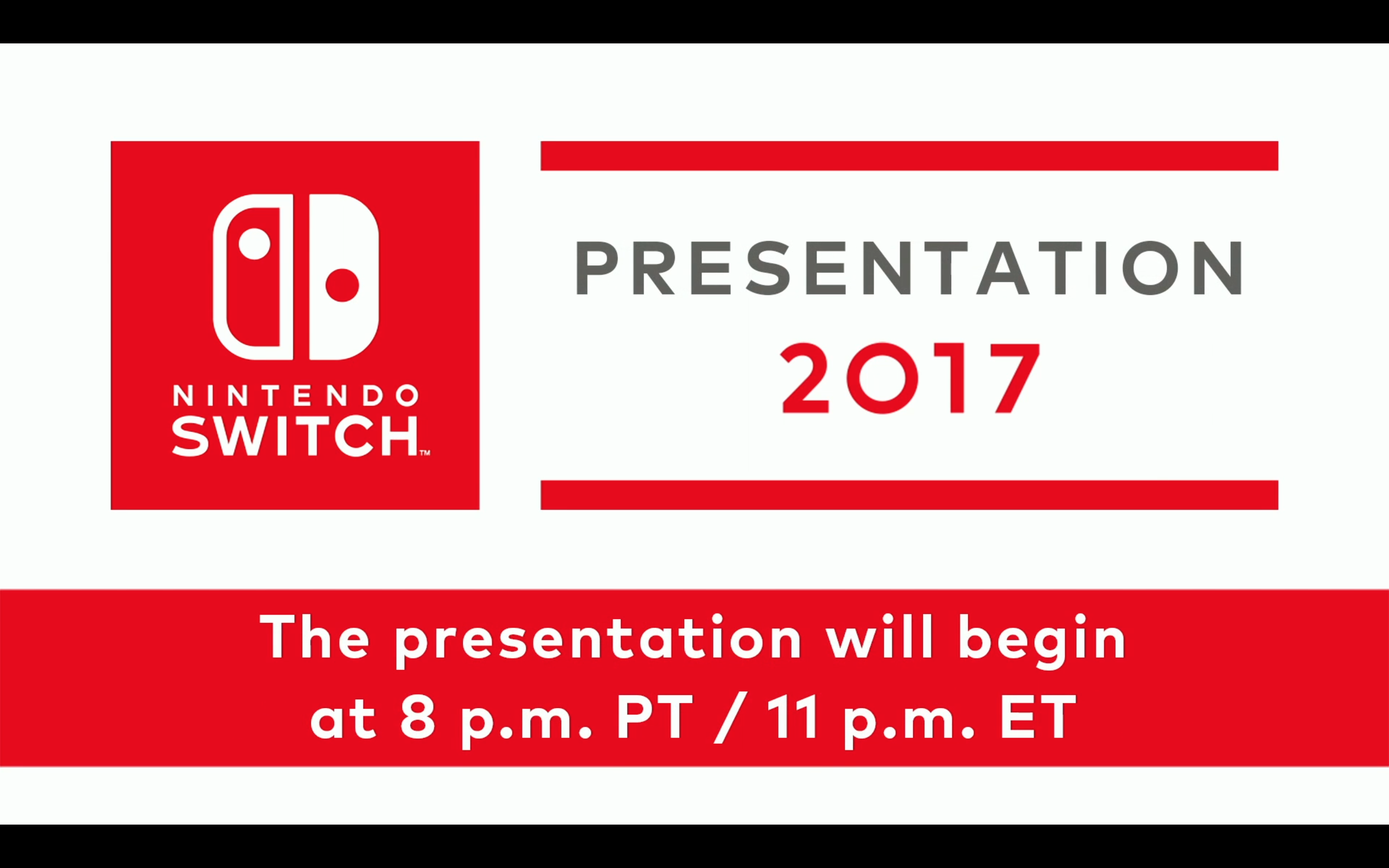 As fans watched closely, Nintendo officially showed off its newest console The Nintendo Switch. This new piece of hardware will hit store shelves on March 3rd. The Treehouse Live Event, held on January 12th, was filled with both satisfaction and disappointment. While hardcore Nintendo fans are boasting about the impressive selection of launch content, many can’t help but feel disappointed with the lack of new content. One thing the veteran video game developer did deliver on  is a ton of new details on its highly anticipated console.

As expected, the Nintendo Switch is a “hybrid” console. What this means is that it can be used at home on a television or be removed from a docking station and used as a portable device. The process of changing between the mode is seamless and can be done on the fly, hence the name “Switch”. When operating the console at home players will take the new “joy-con” controllers and plug them into a controller named the “joy-con grip”.  Then the consoles center snaps into a base station which is plugged into a TV or PC Monitor.  To go back to portable, all that needs to be done is remove the joy-con controllers from the side and the game will switch screens.

Time For The Gimmick 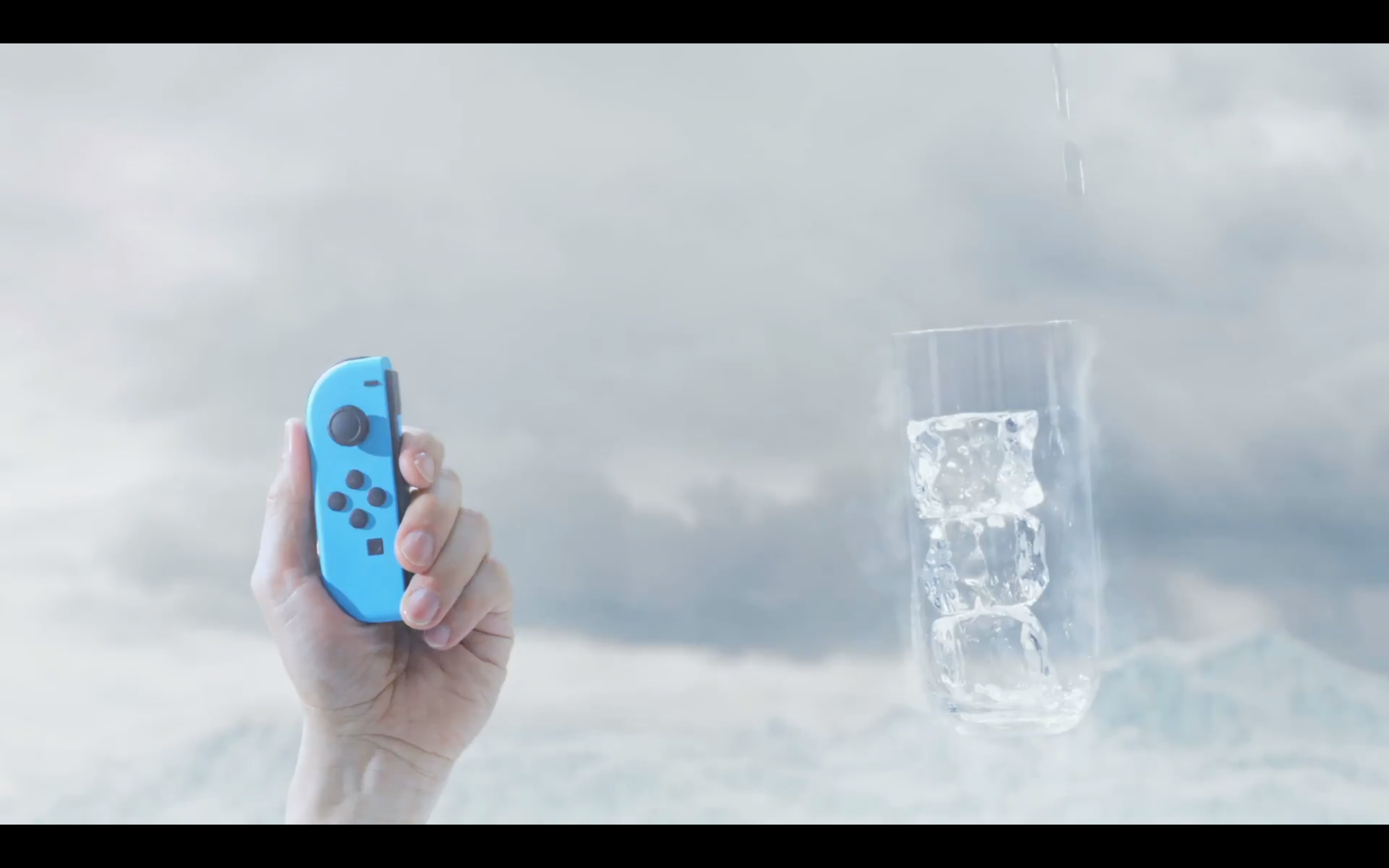 The on-the-go version of the console is a tablet like device very similar to the Wii U gamepad. It offers two analog sticks, four face buttons, four directional buttons, and two triggers. Nintendo did not confirm, but it is speculated that most of the game’s processing power is located in the tablet device.

The Joy-Con controllers allow for a multitude of different control schemes. The two separate controllers can be snapped together to form one more traditional control but they can be kept apart if it feels more comfortable. The controllers also come with detachable wrist straps much like the Wii controller (avoiding a sizable broken TV litigation). Things start to take an interesting turn with the tech inside the controllers. The right controller contains an infrared camera which can tell distances and simple hand gestures. In the live stream event, Nintendo showed a quick game of “Rock, Paper, Scissors” to demonstrate the power of the IR technology.

It appears as though Nintendo is trying to build a more successful online community. Much like the PS4 and Xbox One, the Nintendo Switch will include a share button that will let players instantly upload photos and eventually videos online. For fans of local split screen co-op, Nintendo had some good news. Each of the joy-con controllers can be turned on their side to make individual controllers that are very reminiscent to the Wii Classic Controller. When playing alone on the road, users will be able to put a kickstand up on the back of the console so a more traditional control scheme can still be used and holding it does not become an inconvenience.

Also shown off was the new “Pro” controller, which looks identical to a Xbox controller. Fixing a common complaint about the Wii U Pro Controller, Nintendo made the new one with off-set joysticks. This will absolutely appeal to old school fans that are tired of the gimmicky controllers the company is famous for making. A huge downside to this amazing news is that it will not come bundled with the console. In fact, this controller will not even be available at release and when it is out, the price is a whooping $70.  This isn’t surprising considering  the price of just one Joy-con controller is $80. The touchscreen on the console itself is a multi-touch screen much like that of the popular 3DS console.

Many noticed that a lot of aspects of the new console mimicked those of Nintendo’s older hardware. The reason behind this, as Nintendo was quick to detail, was because a lot of the design philosophy was centered around using the best parts of all their old systems. 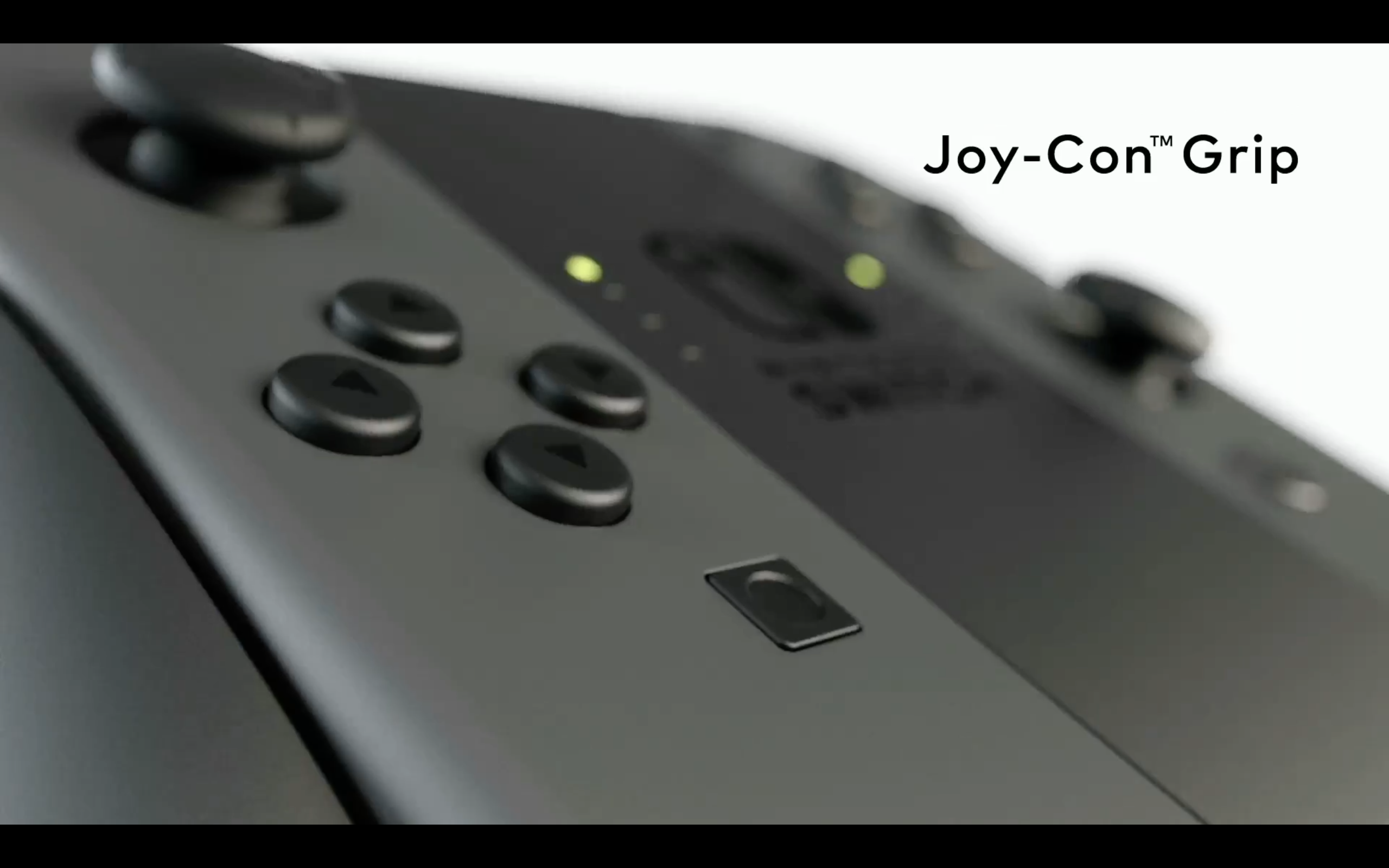 Shortly after the live event, Nvidia made a blog post detailing that the Nintendo Switch will use a custom version of their Tegra chipset. Nintendo had commented on multiple occasions that the console would be as powerful undocked as it was in the dock but that now seems like rhetoric. If the chips that are reported to be in the console actually are, the Nintendo Switch’s processing power would fall just a little behind that of the PS4 and Xbox One. This of course would still not be comparable to the PS4 Pro or Project Scorpio.

Unfortunately, Nintendo did not delve too deep into the Hardware aspect of their new console (hopefully not because it is underpowered). They did say that the battery life is somewhere between 2 and a half, to 6 and a half hours, depending on the game being played. The device will be charged via a USB Type-C cable so that outside cords can be used.

The most exciting bit of hardware news that came out of the event was that the Nintendo Switch will not be region locked (tear of joy). This is truly surprising considering that their most recent consoles have all been region specific. Ultimately, this new direction fits the on-the-go philosophy of the console. This also means that the first party games that are typically released first in Japan, can be used on a western console. 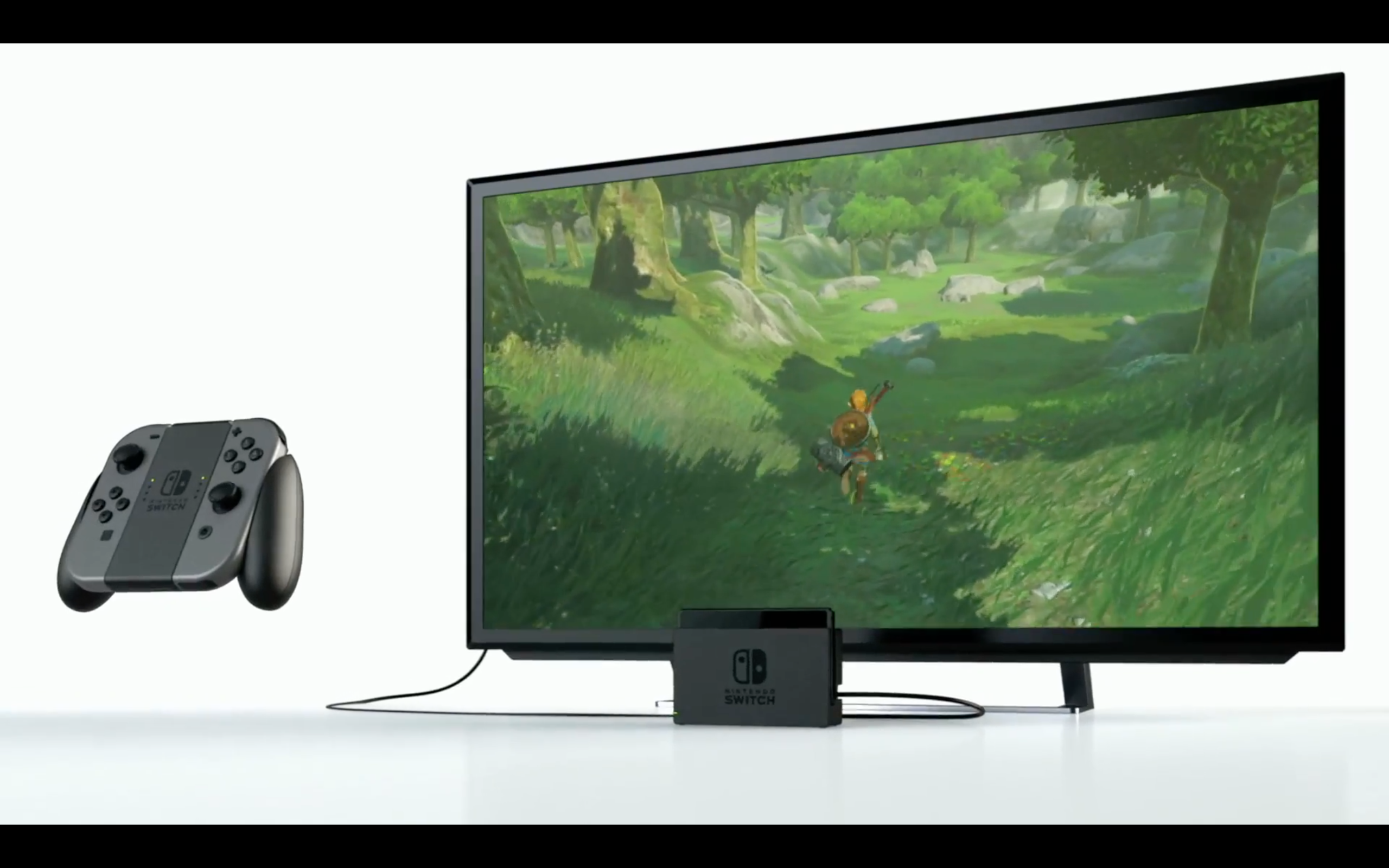 Viewers of the stream were filled with a mix of happiness, disappointment and confusion when Nintendo showed the games line up. Nintendo has always thrived on its first party development and while that was certainly on display, the company also wanted viewers to know they are fully supporting third party this time around. Bethesda, Telltale and even From Software were all names present on the third party development list. Mainly, a version of Skyrim being played on the portable device was a highlight. If the console can actually run like it did during the event, it will be a truly fascinating piece of technology.

Much to many’s disappointment it was revealed that the console would not be backwards compatible with the Wii U or Wii (guess I’m hanging onto them for smash). Instead, Nintendo showed off their collection of new first party games. Highly anticipated Legend of Zelda: Breath of the Wild was revealed as a launch title, the same strategy used for Twilight Princess when the Wii was released. Also shown was a very uncomfortable look at Mario in a real world setting in Super Mario Odyssey.

Splatoon 2 was another cool detail to come out of the event. The first was a breakout hit and released back in 2015 and Nintendo seems keen to capitalize on its success. A new original IP called “ARMS” was announced as well, which features stretchy armed characters playing a game very reminiscent to Rock em’ Sock em’ Robots. Last but not least, Nintendo showed off the new “Wii Sports” like game. This time around, it’s called 1, 2, switch. This game seems very much like a tech demo instead of a true game, but nonetheless it will probably offer tons of fun in a local group gaming session.

Nintendo also mentioned that Amiibo support will be continued on the Nintendo Switch. This seems like an obvious move considering the toys-to-life figures are a very recent and very successful thing for the company. 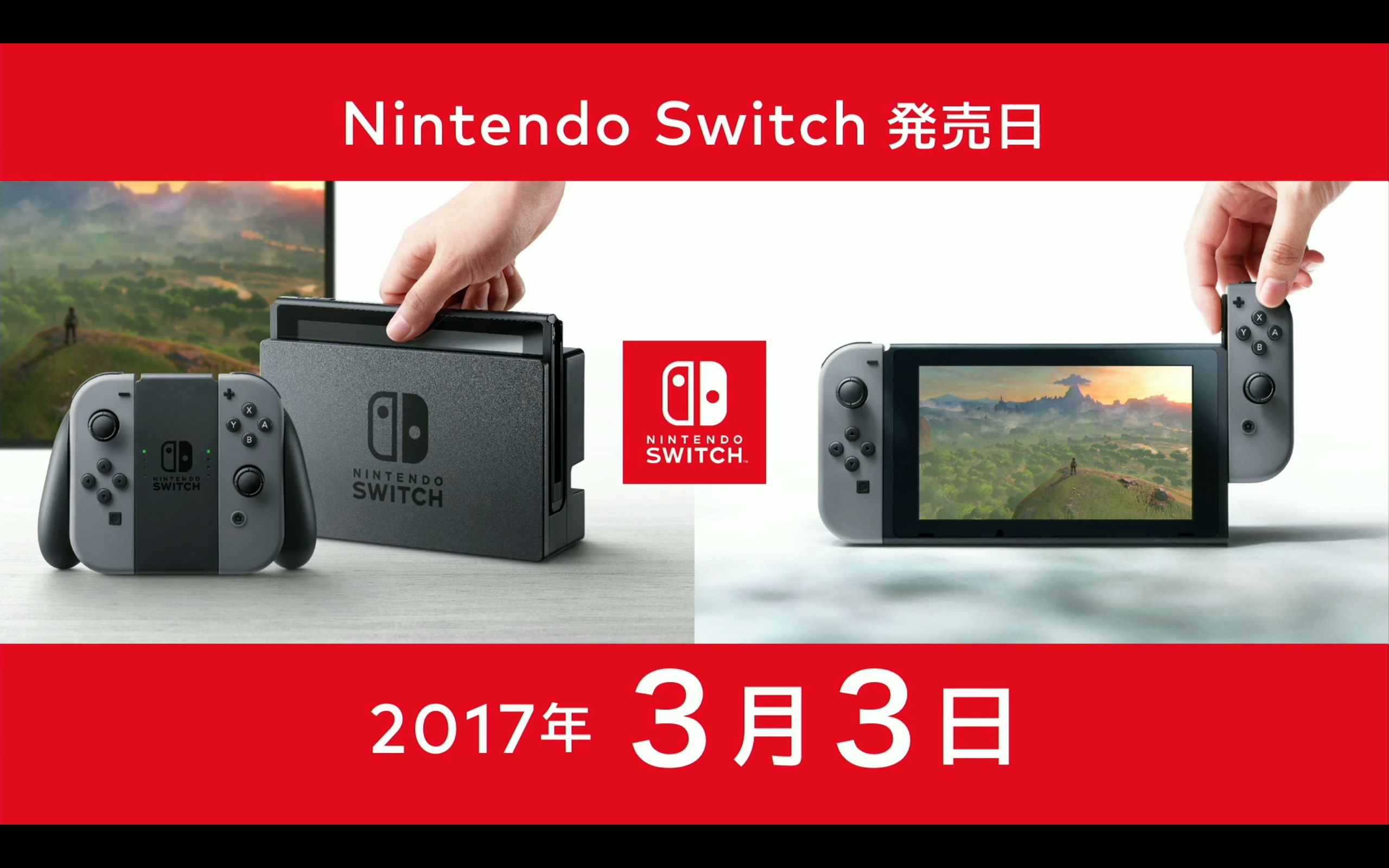 As mentioned earlier, the console is coming out on March 3rd. This fits right in with earlier reports that the NX was coming out in March of 2017. The system will set buyers back $300 and come bundled with the two Joy-con controllers, a myriad of accessories (typical), a Joy-con grip, and a USB Type-C adaptor for charging the console.

We here at Gigamax are extremely excited for this console and can not wait to get our hands on it. We will make sure to have plenty of videos, articles and streams featuring this console closer to release. So don’t forget to keep checking back with Gigamax Games for the latest video game industry updates! The links below will direct you to our other content! Also included is the video of the event itself. Thank you all for stopping by!