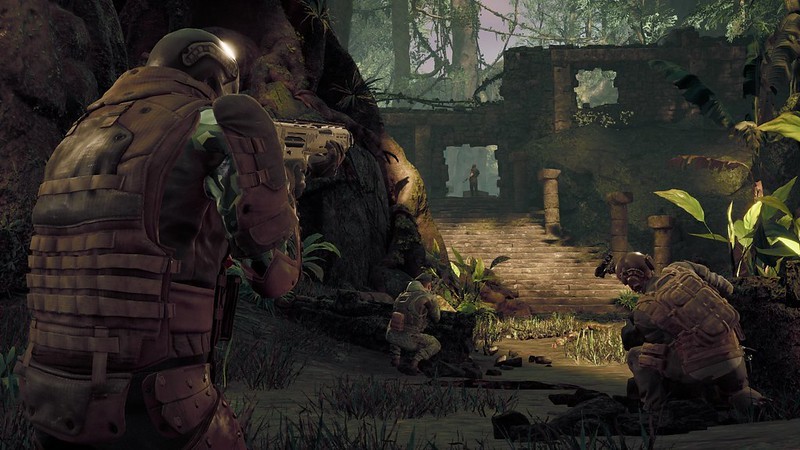 Sony revealed a number of new games during their May State of Play stream. One of these new titles is Predator: Hunting Grounds, with a release date scheduled for an undisclosed time in 2020. The announcement was followed up with a trailer that you can find below.

Predator: Hunting Grounds is set up like an online-asymmetric shooter, where a group of players takes on one of the iconic hunters, who is also controlled by another player. The game is being developed by Illfonic, the same studio that made Friday the 13th: The Game. In the trailer, a group of soldiers is seen sneaking through the jungle being watched from the trees by Predator, only visible by his telltale shimmer.

“As the Fireteam attempt to carry out paramilitary missions–annihilating bad guys and recovering important items–the Predator will be closing in, using its advanced vision mode to track and ambush its prey,” Illfonic CEO Charles Brungardt wrote on the PlayStation blog. He added that the game was in early development so it will be a while before fans get to see what this game is made of.

Sony revealed a variety of other games during the State of Play stream. Riverbond, a 4 player couch co-op hack, and slash title is set to release this summer along with Away: The Survival Series, a third person adventure game where players take control of a sugar glider, seeking safety after natural disasters devastate his habitat.

Sony isn’t ready to step off the gas in terms of original and exclusive releases. It seems as though fans have many more new adventures waiting for them in the coming months. To keep up with all the latest gaming news and latest announcements, check back on GigamaxGames.com!