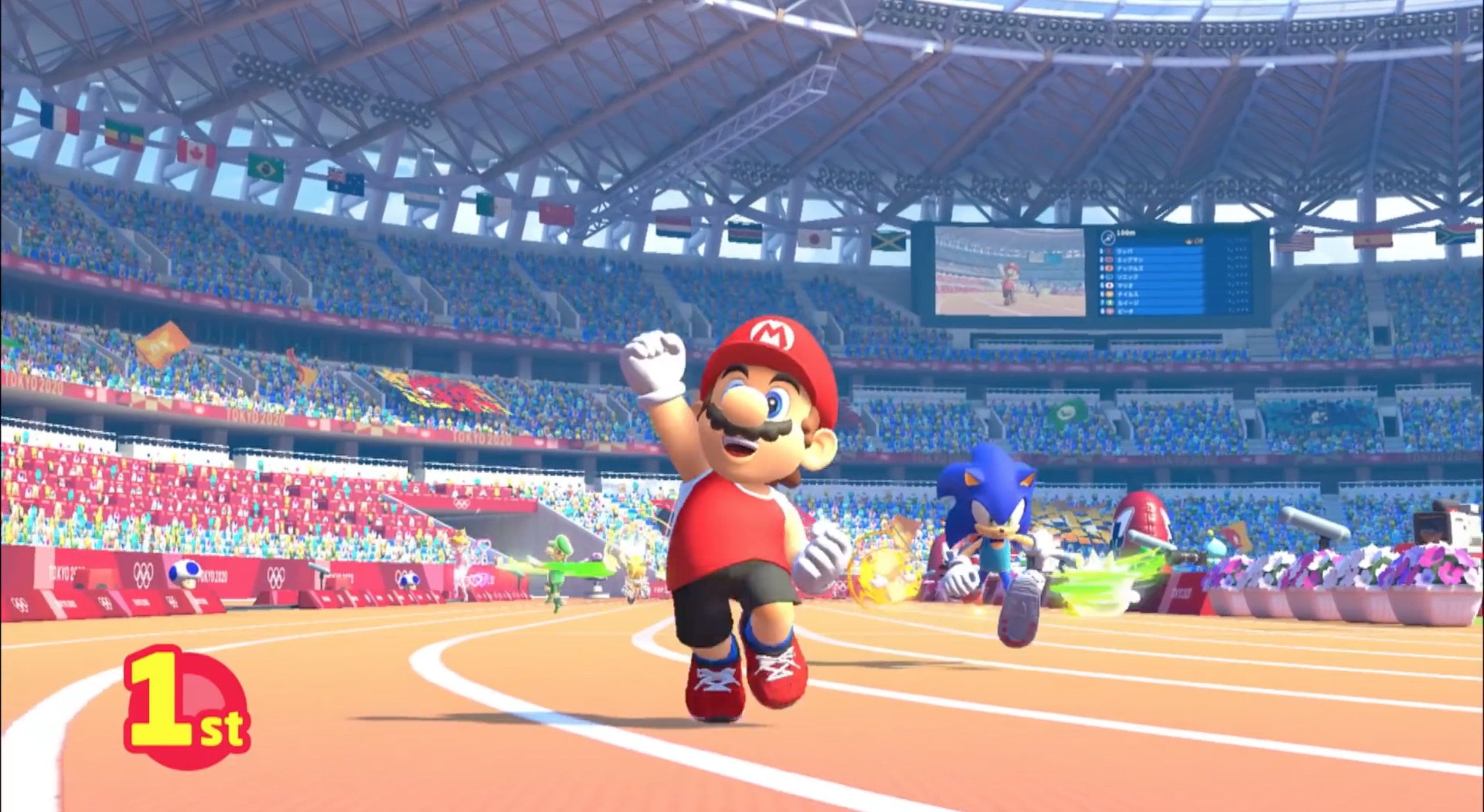 Sega is celebrating the Olympics being held in Tokyo next year with a range of different games. Chief among them is Mario & Sonic at the Olympic Games Tokyo 2020, a Nintendo Switch title that will once again pit the age old rivals against each other in a variety of olympic themed sporting events.

Sega is also working on Olympic Games: The Official Video Games which is in development for PS4, Xbox One, PC, and Nintendo Switch. Additionally, there’s an arcade version of Mario & Sonic at the Olympic Games Tokyo 2020 as well as a version for mobile devices. The trailer for this collection of games can be viewed below.

The trailer showcases a range of events which includes: running, swimming, shot put, tennis, basketball, volleyball, motorsports, skateboarding, baseball, hurdles, long jump, and more. Variety is certainly a theme that Sega is going for in this generous collection of sports.

The first Mario & Sonic at the Olympic games launched back in 2007 for the Wii and received mixed responses. Many critics chastised the game’s intrusive use of motion controls that made the mini games feel frustrating and monotonous. Despite the game being a critical failure, it sold very well, probably leading Sega’s decision to make a sequel.

For all the latest on Nintendo Switch titles, be sure to keep checking back here at GigamaxGames.com!