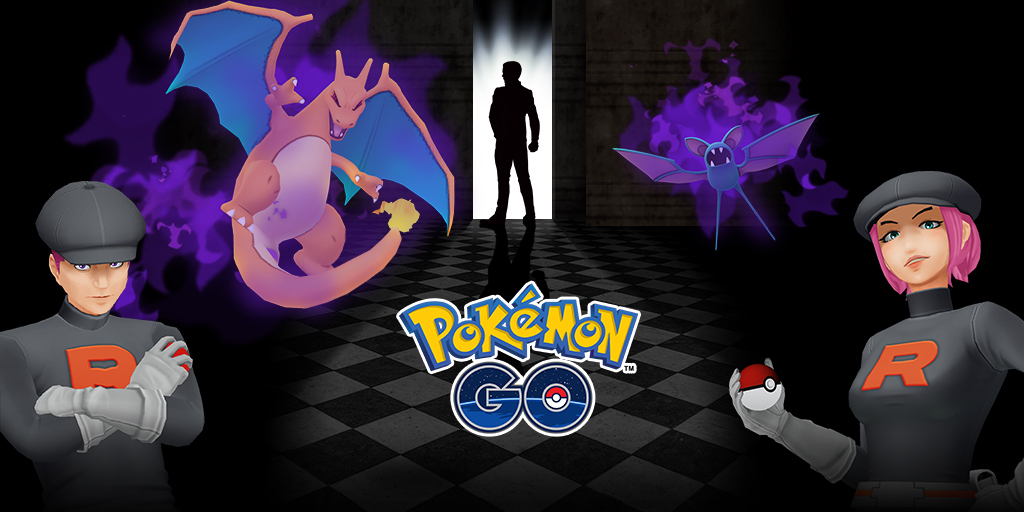 Team Rocket is back again on Pokemon Go. This group of villains made a hasty return to the mobile game and now it’s time to see what trouble they’re stirring up.

Team Rocket made their debut to Pokemon Go earlier this week, the nefarious group would invade PokeStops and attack players with Shadow Pokemon. Although they did not stay around for long, leaving only after a few days. Team Rocket is already ready to make their return, reappearing with greater numbers and brining new Special Research Quests along with them.

Players can encounter Team Rocket Grunts upon spinning certain PokeStops, which are identified by their special appearance. On the overworld view of the map, these locations will look darker and twitch at random intervals. When walking nearer, trainers will notice they are colored black instead of blue. After spinning the Photo Disc at the special PokeStops, a Team Rocket Grunt will reveal themselves and challenge the player.

These enemies carry Shadow Pokemon that have glowing red eyes and are surrounded by a dark aura. After beating the Grunt, they’ll leave behind their Pokemon giving players a chance to capture the beast. Once a trainer captures the monster they can purify it at the cost of Candy and Stardust.

The purification ritual will not only cleanse the Pokemon but it also gives it a stat boost. On top of that, purified Pokemon will cost less Candy and Stardust to level up, giving players even more of a reason to purify the corrupted monsters.

To go along with the Team Rocket invasion, Niantic released a Special Research questline called A Troubling Situation. After starting up the game, Professor Willow will give players their first group of tasks.

There’s certainly plenty going on in the world of Pokemon Go, with a special One Piece crossover event currently underway. This event gives trainers the opportunity to capture Pikachus wearing straw hats. Armored Mewtwo is also the game’s current Legendary but is scheduled to depart on July 31st. Finally, the game’s next community day has been announced. That will occur on August 3rd with the featured Pokemon being Ralts.