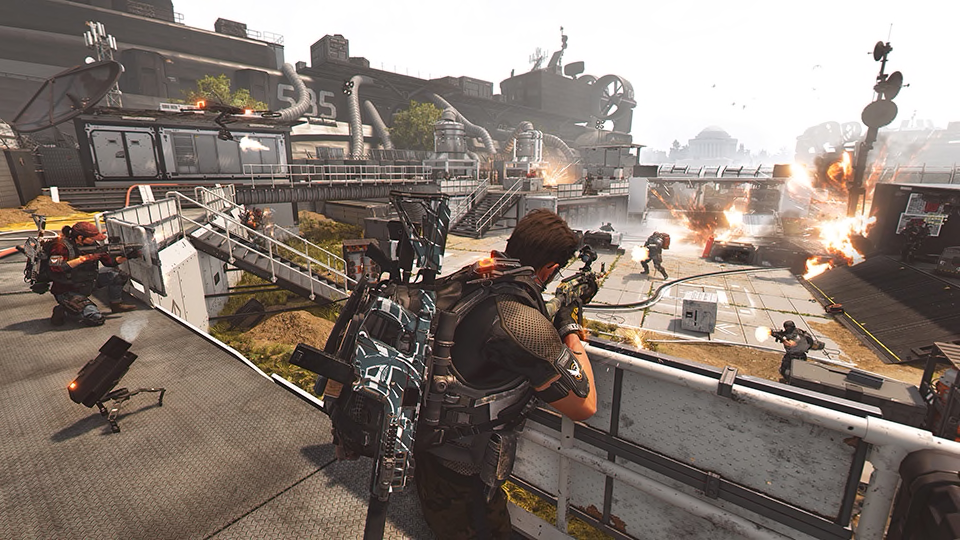 It feels like The Division 2 just came out, but Ubisoft already has big plans in store for their shared-world shooter. The first major content update is set to add a new difficulty mode, world tier, weekly invasions, new weapons, gear, and more. On top of all that, a raid is set to hit the game at the end of April.

The content update is called, Tidal Basin, and it is the first post launch free content update in the Invasion: Battle for D.C. season. The update drops on April 5th and with it comes a new Stronghold that is occupied by Black Tusk troops. “Tidal Basin is now home to some of the most powerful enemies in the game, and they’re not going down easy,” Ubisoft says.

If players and their squad are able to take down this challenging Stronghold then they are awarded World Tier 5, which gives them access to a gear score between 450-500. Upon reaching World Tier 5, players also unlock new weekly invasions that involve Black Tusk troops taking over other Strongholds and missions throughout the capital. Ubisoft described these experiences as more difficult than other challenges and promises better loot and gear for completing them.

Invasion: Battle for D.C. adds a new Heroic difficulty setting that according to Ubisoft offers the most challenging gameplay yet. Additionally, two new exotic weapons, Pestilence and Nemesis, and gear sets True Patriot, Hardwired, and Ongoing Directive will be added.

It Doesn’t End There…

Looking forward, The Division 2’s first raid Operation Dark Hours is scheduled to arrive on April 25th. It’s an 8 player raid that will test the skills of even the most experienced agents and is set to be the toughest challenge in the entire game. We’ll be sure to have all the latest updates on The Division 2, so be sure to keep checking back with us here at GigamaxGames.com!