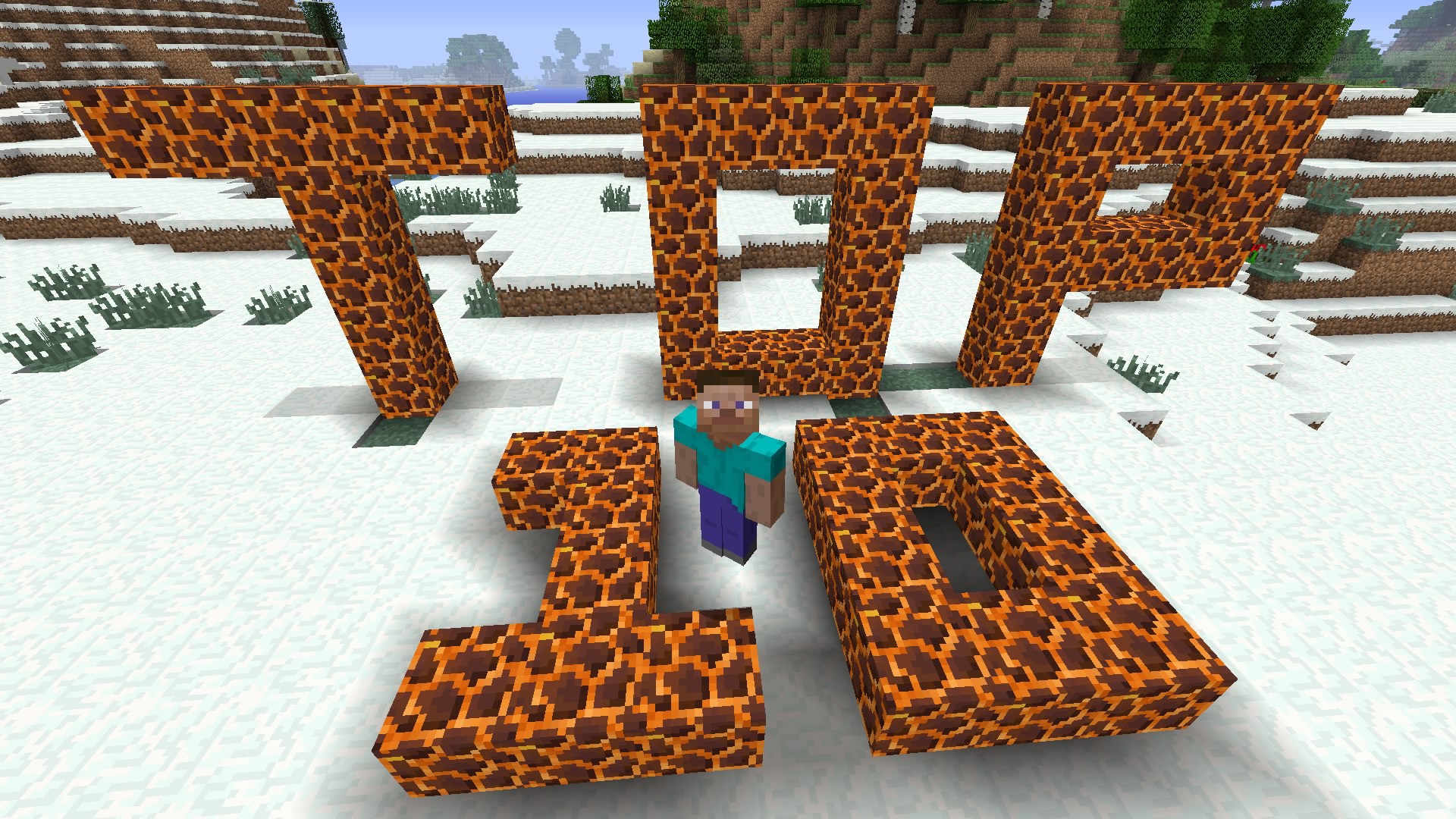 2016 was a beautiful year for videogames, many highly anticipated titles were released as well as some hidden gems. It seemed as though every week had a big title come out, in fact with so many releases it can become very hard to keep up with the hits and the misses. Here at Gigamax Games we believe that a good game is comprised of many different aspects. Each game is a work of art and has its own personality. Trying to select only 10 that stood out to us this year was a difficult task, but overall it was a fun look back and we had to nitpick to find the best of the best. So without any more ranting, here are our favorite games of 2016. 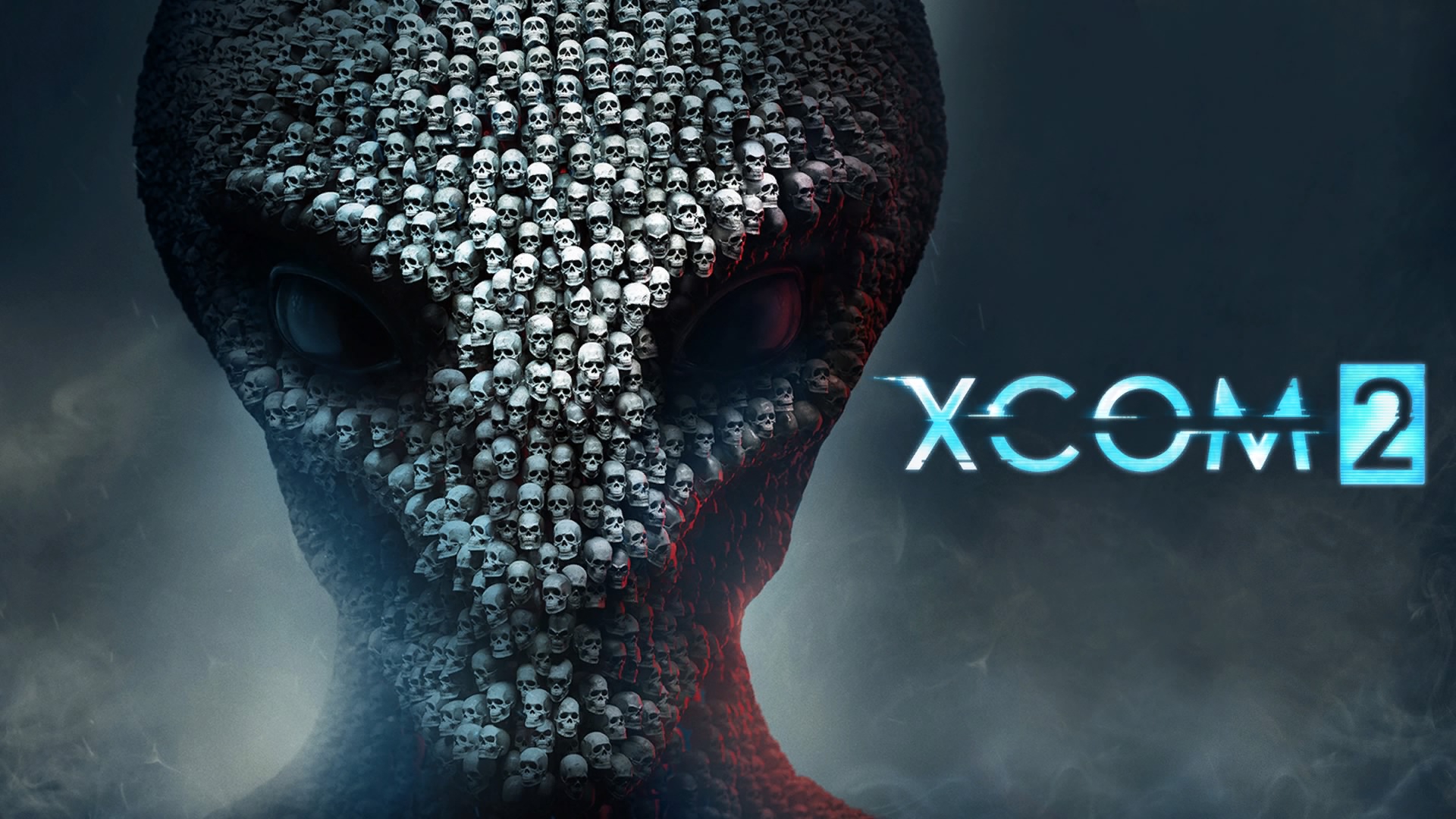 This top down tactical RPG was a breath of fresh air for real time strategy fans. The popularity of the first game left big shoes to fill and this game certainly filled them. From the start, it is established that you will not be fighting with the same strategies used in the first. XCOM 2 makes the player think like a guerrilla fighter facing an enemy much stronger than themselves and with far greater numbers. With a non-optional permadeath feature, creativity and quick decision making is essential. We love this game because it doesn’t hold your hand and rewards careful planning and patience in a way that is rare in today’s market. 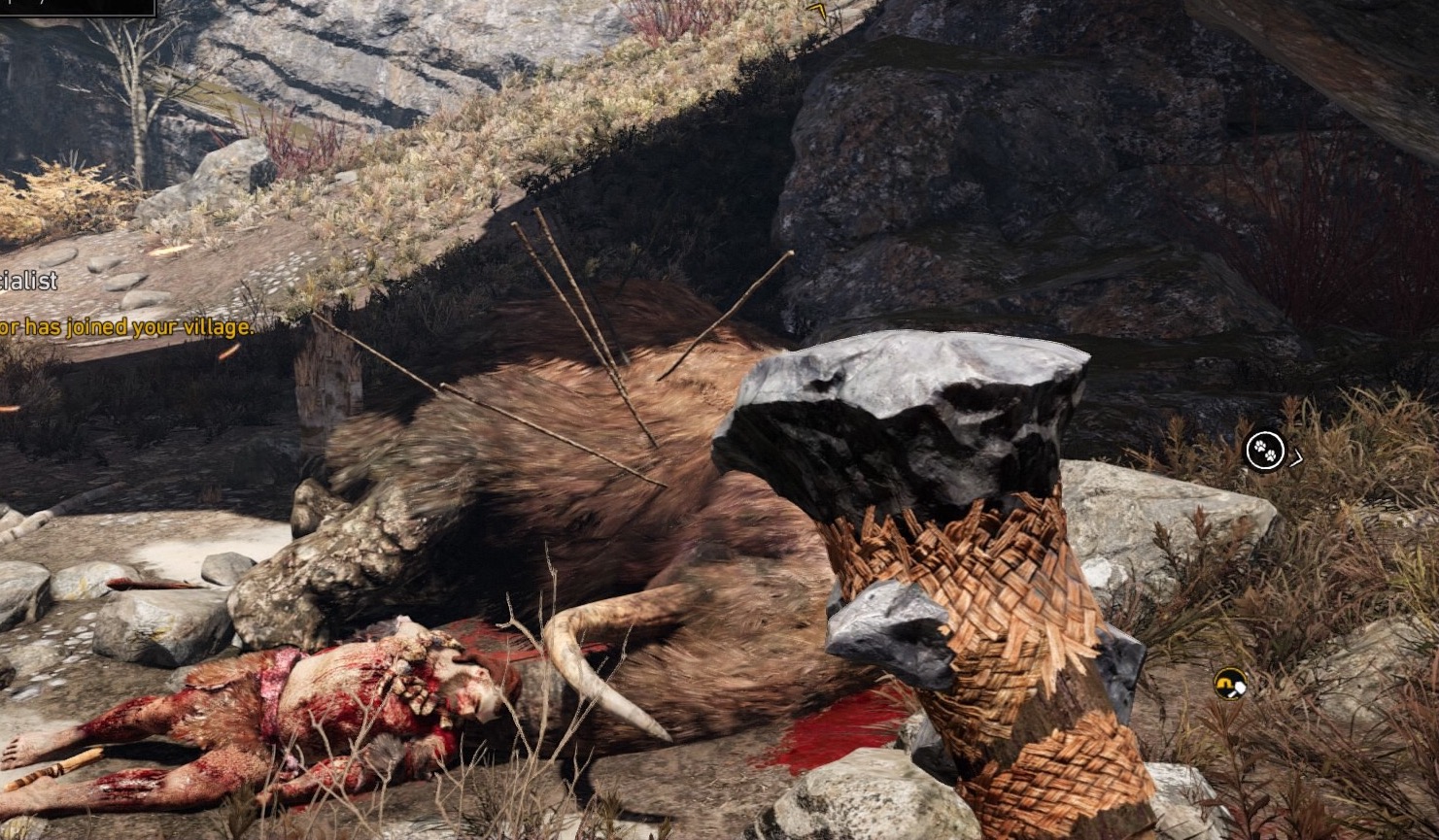 It is rare to see a first-person game deviate from being just another shooter. Far Cry Primal doesn’t just stray from the path, it walks all the way back to the stone age. 10,000 B.C. was a big one for mankind and Ubisoft throws you right in the middle of it. The player takes control of a caveman trying to get revenge for a tribe that has taken him in. This game stood out because it made the bold move of taking a semi-realistic look at life in Mesolithic Era and relied heavily on melee combat. It did not stray from the Far Cry formula but ultimately the unique location and plot made this game stand out. 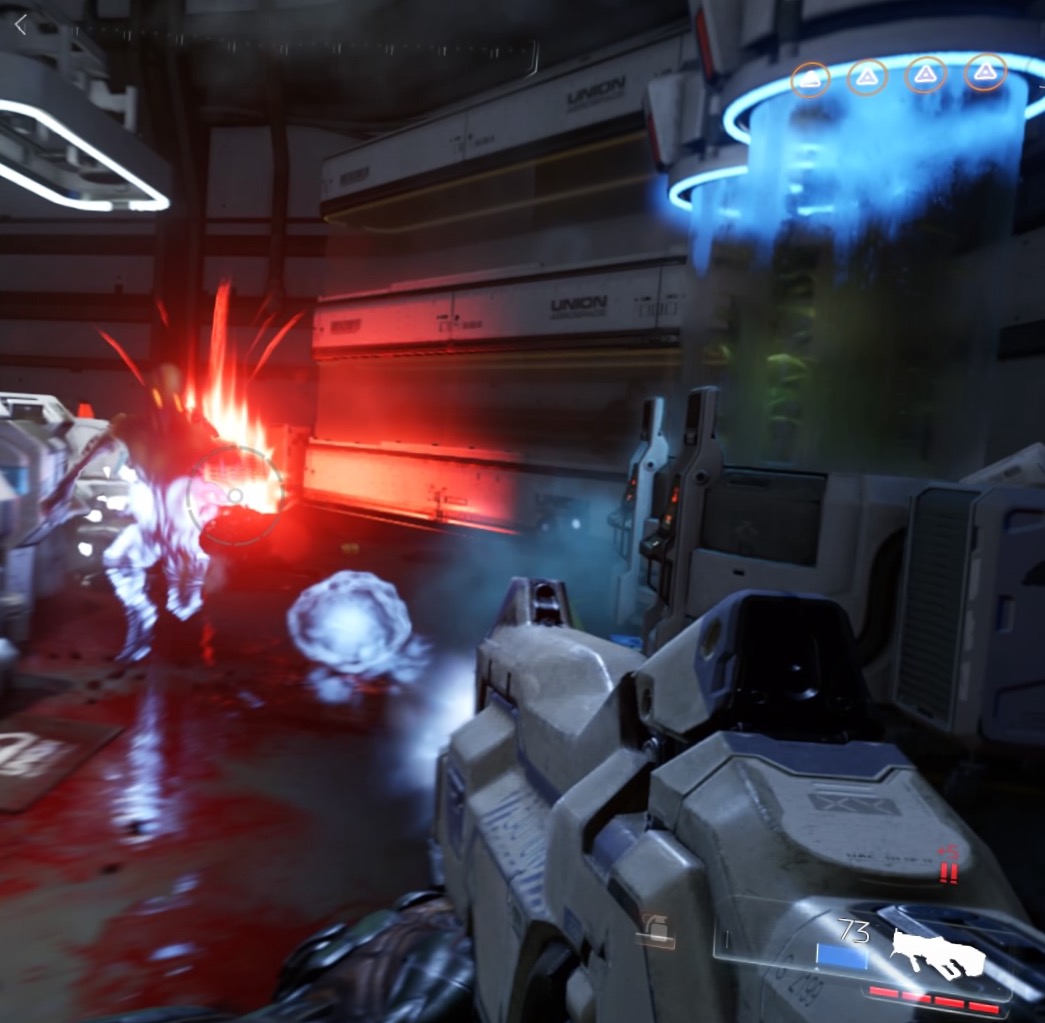 A beloved series that has stood the test of time, DOOM got a reboot this year and it was spectacular. Slaying demons has never felt so right and this game makes sure the carnage never stops. Many fans were nervous when the reboot was announced and rightfully so. This action staple has been around since the early 90’s and is beloved by many. To everyone’s delight DOOM managed to maintain a retro feel for series veterans while also making adjustments in all the right places for newcomers. A first-person shooter with non-regenerative health and guns you don’t reload is an almost extinct style. This game stood out by daring to challenge the genre norms and restored confidence in developers that the classic FPS feel is still a viable option. 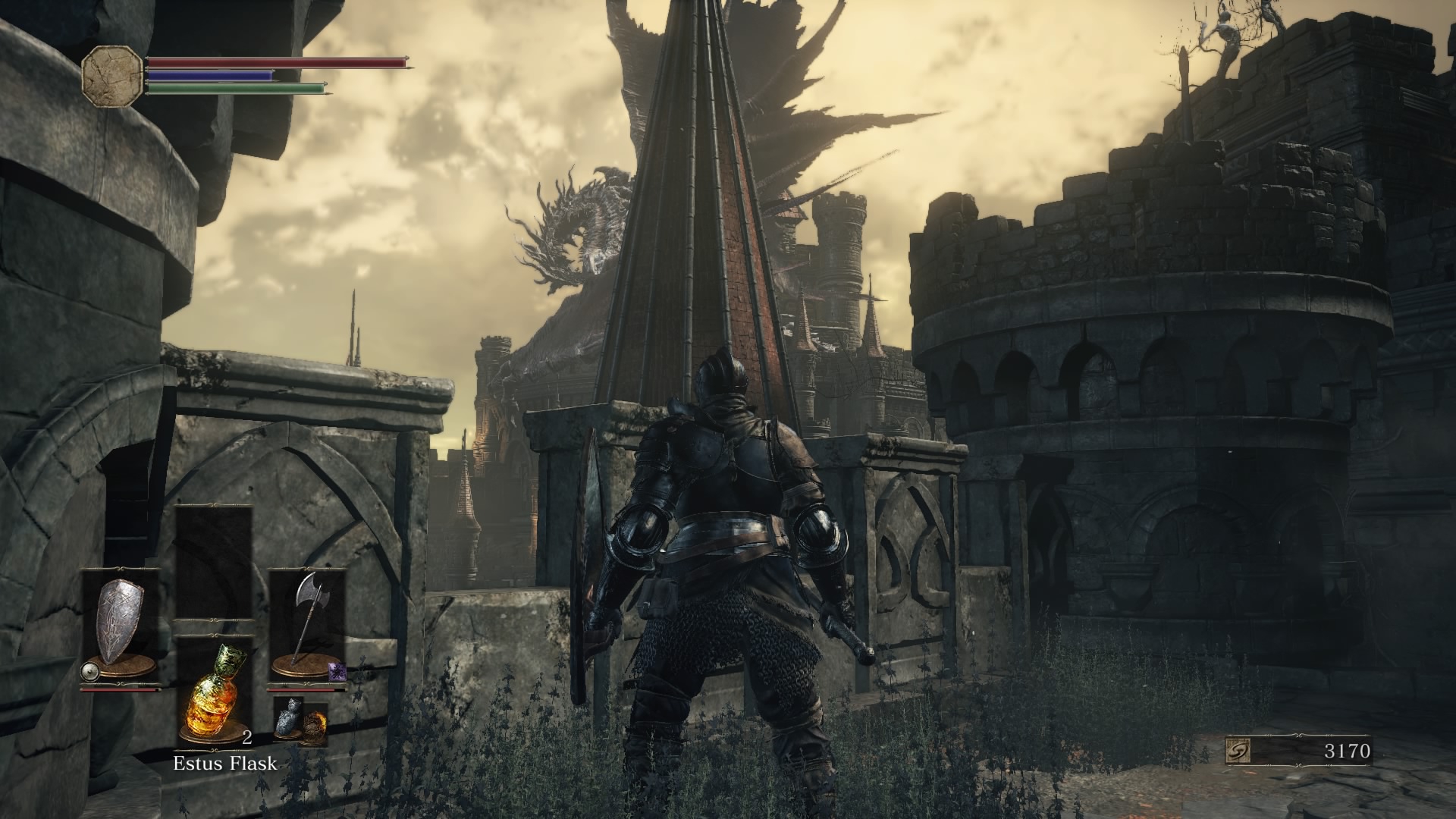 Difficult games have a niche following that typically won’t reach very far. Dark Souls 3 tears down that barrier,almost as well as it destroys a gamers free time. This game is an infamous term in the gaming industry, even those that aren’t enthusiasts have heard of the series and that its insane difficulty. Dark Souls 3 managed to live up its name and upped the difficulty even higher. Most impressive this time around was the amount of casual gamers it got to attempt the unforgiving challenge. This game makes the list because it not only built a beautifully obscure world, but it managed to welcome a ton of newcomers while also being as unwelcoming as possible, and that’s fascinating. 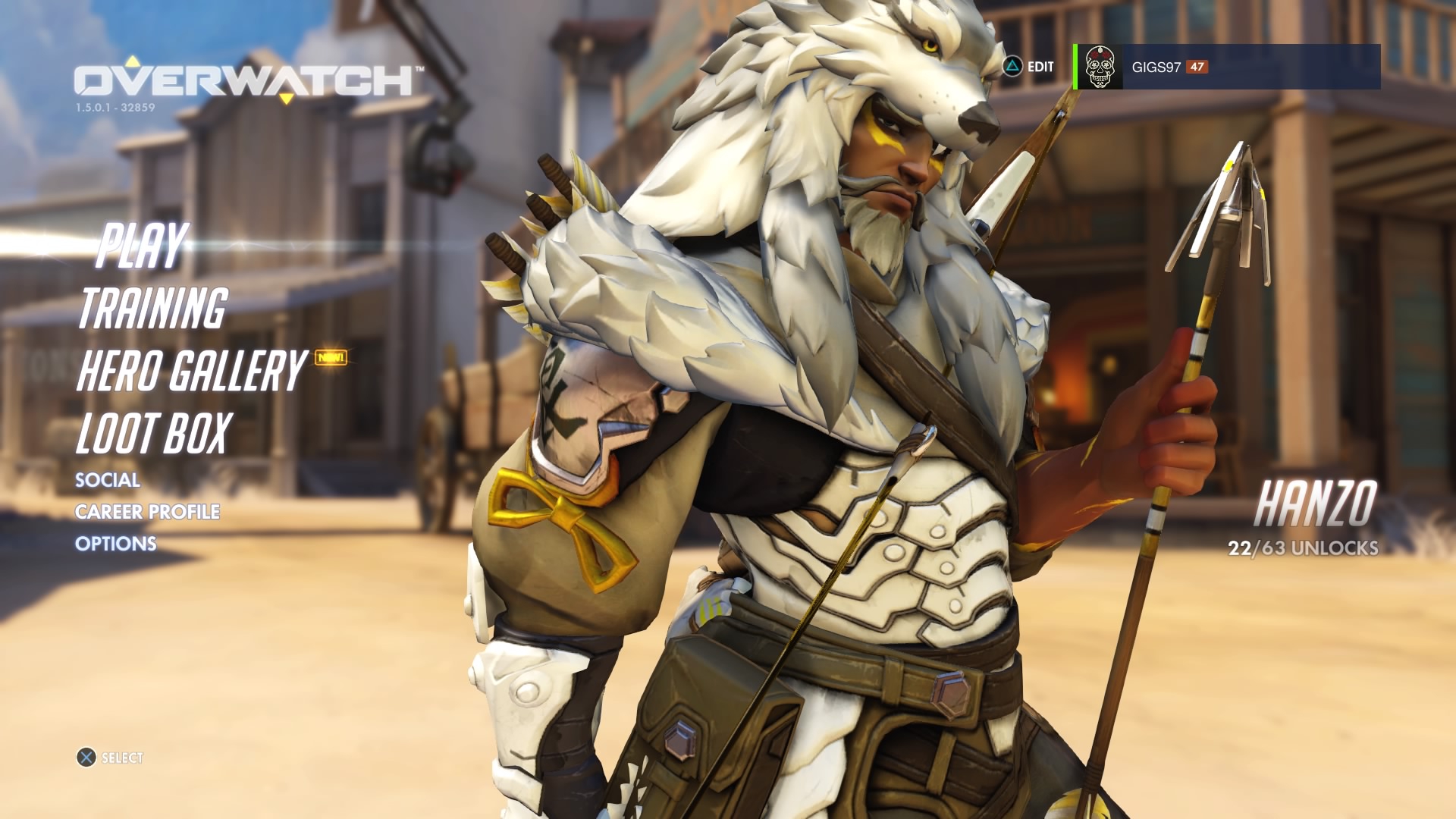 A multiplayer hero based shooter with a ton of character and characters. Overwatch was an instant hit, taking the competitive gaming scene by storm and establishing itself as the new standard for a multiplayer game. Critically this game did amazing and it deserved the recognition. Blizzard managed to combine teamwork, hectic gameplay and an interesting world in a package that appeals to casual and hardcore gamers. They continued to impress by supporting the game after launch with a ton of free content which shows no signs of stopping. Overwatch makes the list because of Blizzard’s unrelenting stream of free content updates as well as the awesome fast paced gameplay.

Not every game needs to be about murdering someone, some games can build a beautiful world and let the player enjoy a wonderful story without combat. Abzu starts you as a lone diver in the middle of a vast ocean,and throughout the course of the game it becomes so much more than that. As you swim through the story, interacting with marine life big and small, you learn a lot about the world without so much as a word spoken. The player is simply tasked with making it to the end and is never forced forward leaving plenty of time to get lost in its gorgeous setting. Abzu stands out because it manages to get you emotionally invested in a world that has no dialogue and offers an experience for those who love to game but need a break from the violence typically associated with the industry. 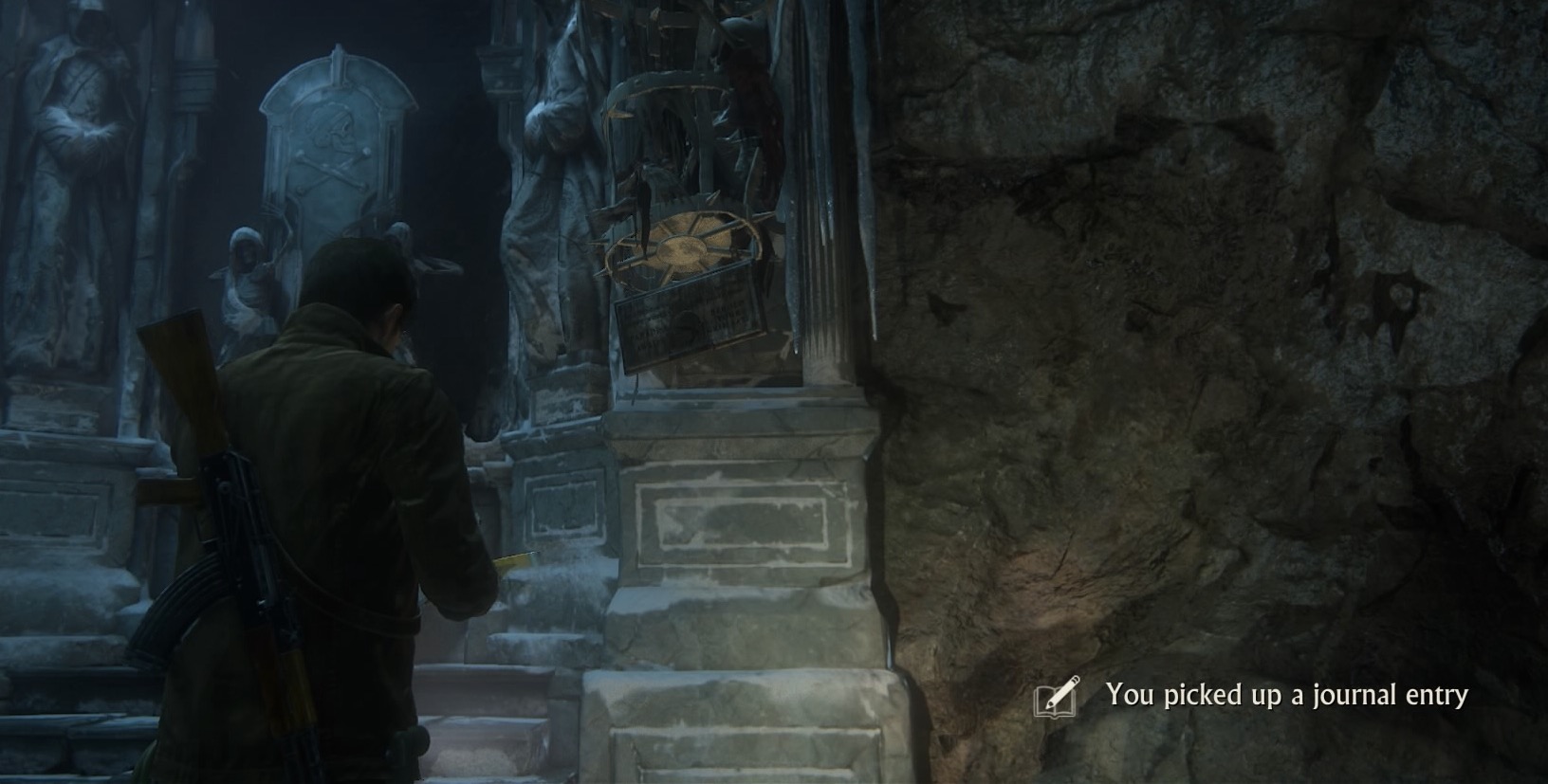 The last entry in a series that almost every playstation owner has experienced. Uncharted 4 was an amazing end to Nathan Drake’s story and wrapped it up before growing stale. Huge set pieces and hectic firefights constantly appear and unexpected twists keep the story interesting. Drake has the most to lose this time around, this can be felt throughout the game. Situations that old Nathan would’ve run into with a smile are now faced with hesitance. This is why the game resonated with us, it tells a relatable story about growing up and taking responsibility for your actions. Uncharted 4 successfully finished Nate’s story while simultaneously making him a more relatable character with real world problems. 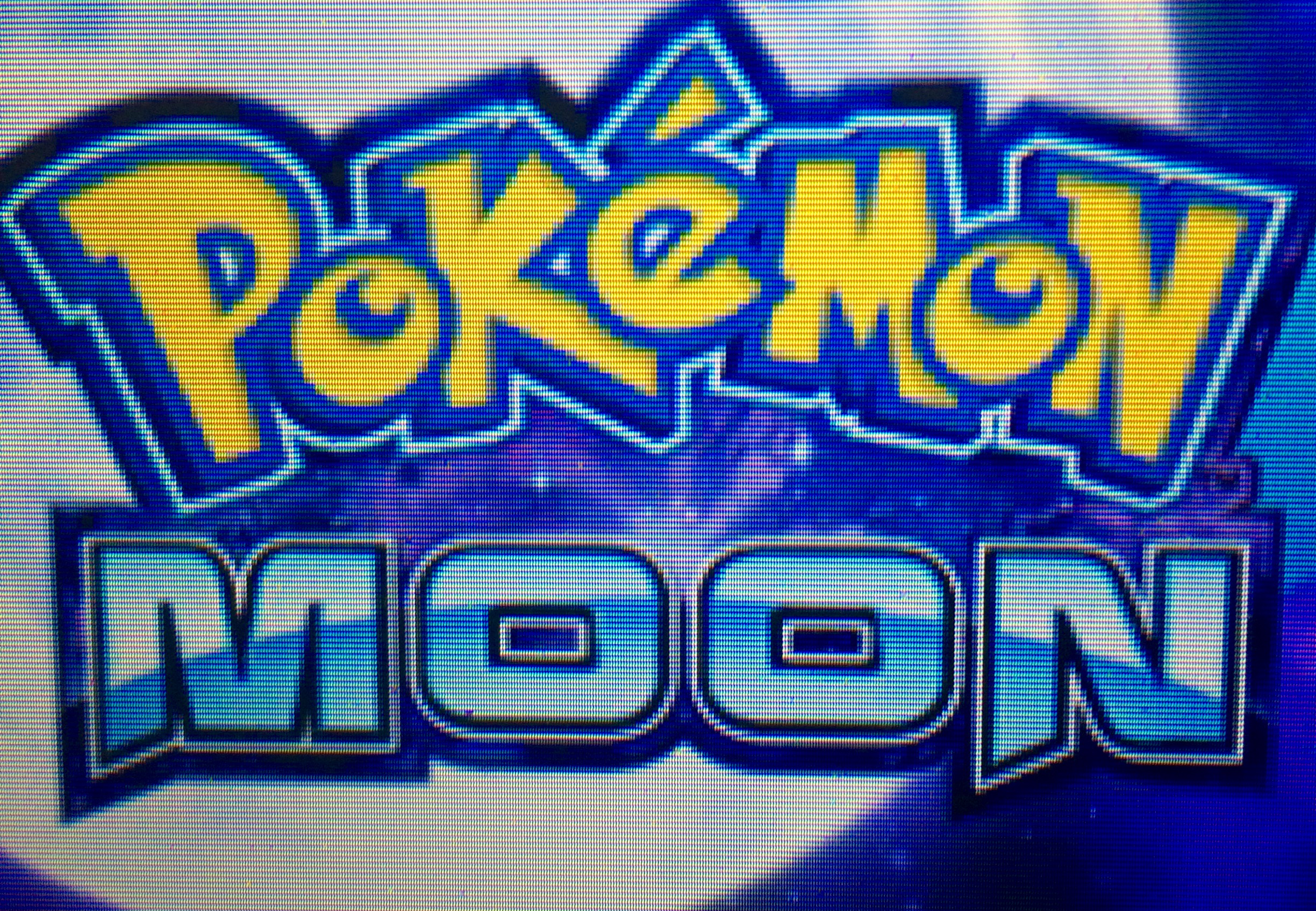 Sun and Moon were one of the most anticipated games to come out this year. This time around Game Freak went to great lengths to appeal to both old fans and newcomers. Removing a ton of the convoluted systems from the series, Sun and Moon is still Pokemon at it’s core and that’s a good thing. Gone are the days of HM mules, confusing pc’s and weakness memorizing. All of those common inconveniences have been overhauled to make a streamlined experience. Newcomers will find the game accessible and veterans will be surprised by the copious amount of references to the first game. Pokemon Sun and Moon makes the list because it shows that the developers are listening to the fans and are finally willing to start making changes that have been asked for since Red and Blue version. 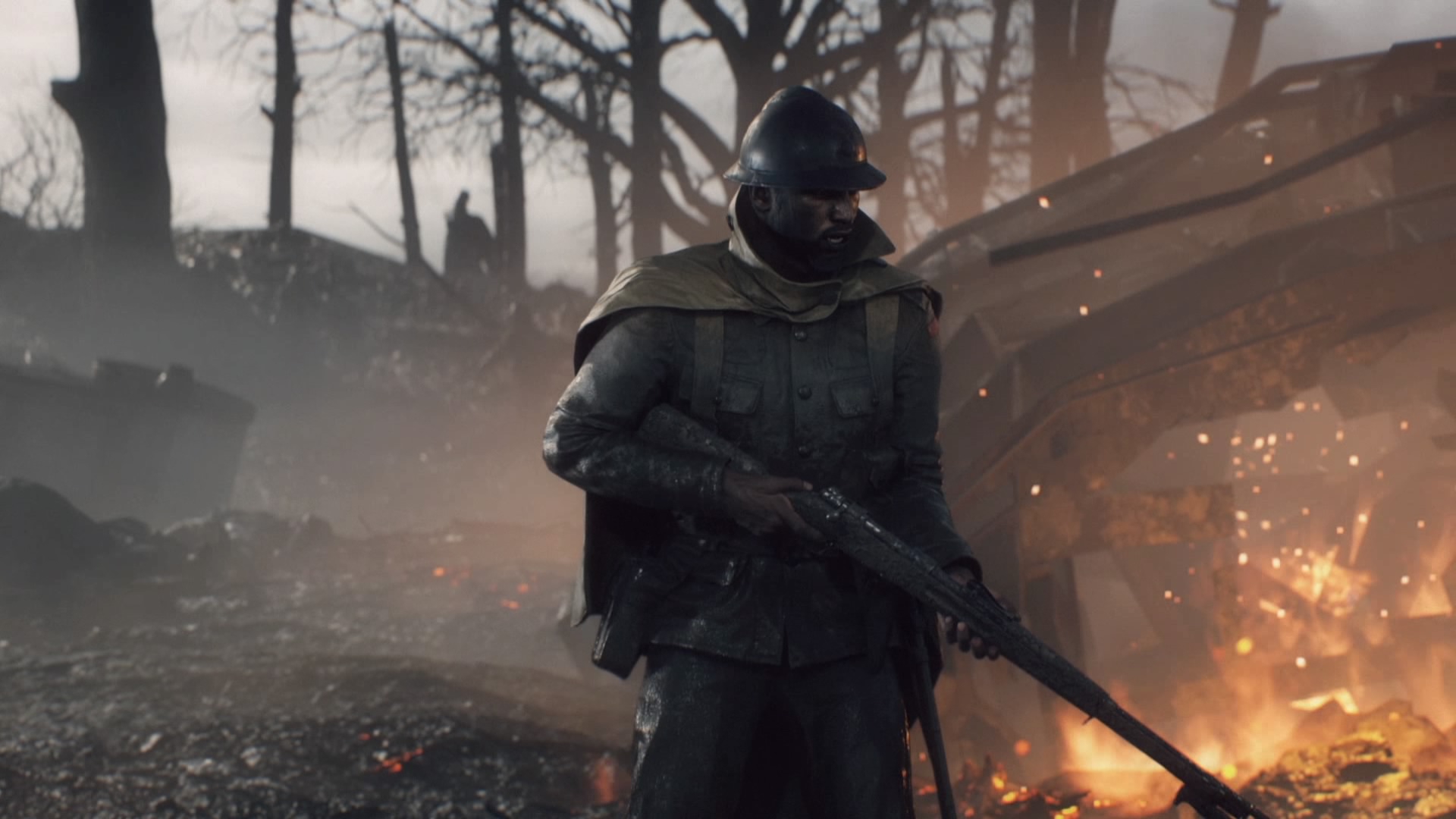 World War 1 was a devastating time in history that changed the world. This monumental event is rarely covered in games but something tells me that is going to change. Battlefield 1 dared to be different this year. While other first-person shooter developers were making space combat games, Dice went back in time. It felt amazing to finally play a competitive shooter without wall running as this game relies on your marksmanship and survival instincts. Online battles are intense and require teamwork to come out on top. Destructible cover makes the battlefield feel alive and every bomb, bullet, and vehicle transforms the landscape a little more. The campaign also does a great job of educating players on the different sides of the war. Told through a series of vignettes, players take control of different soldiers spread out in the various conflicts that made up the Great War. Battlefield 1 makes the list because it took a risk in a market that was pointing toward the future and moved it forward by going to the past. 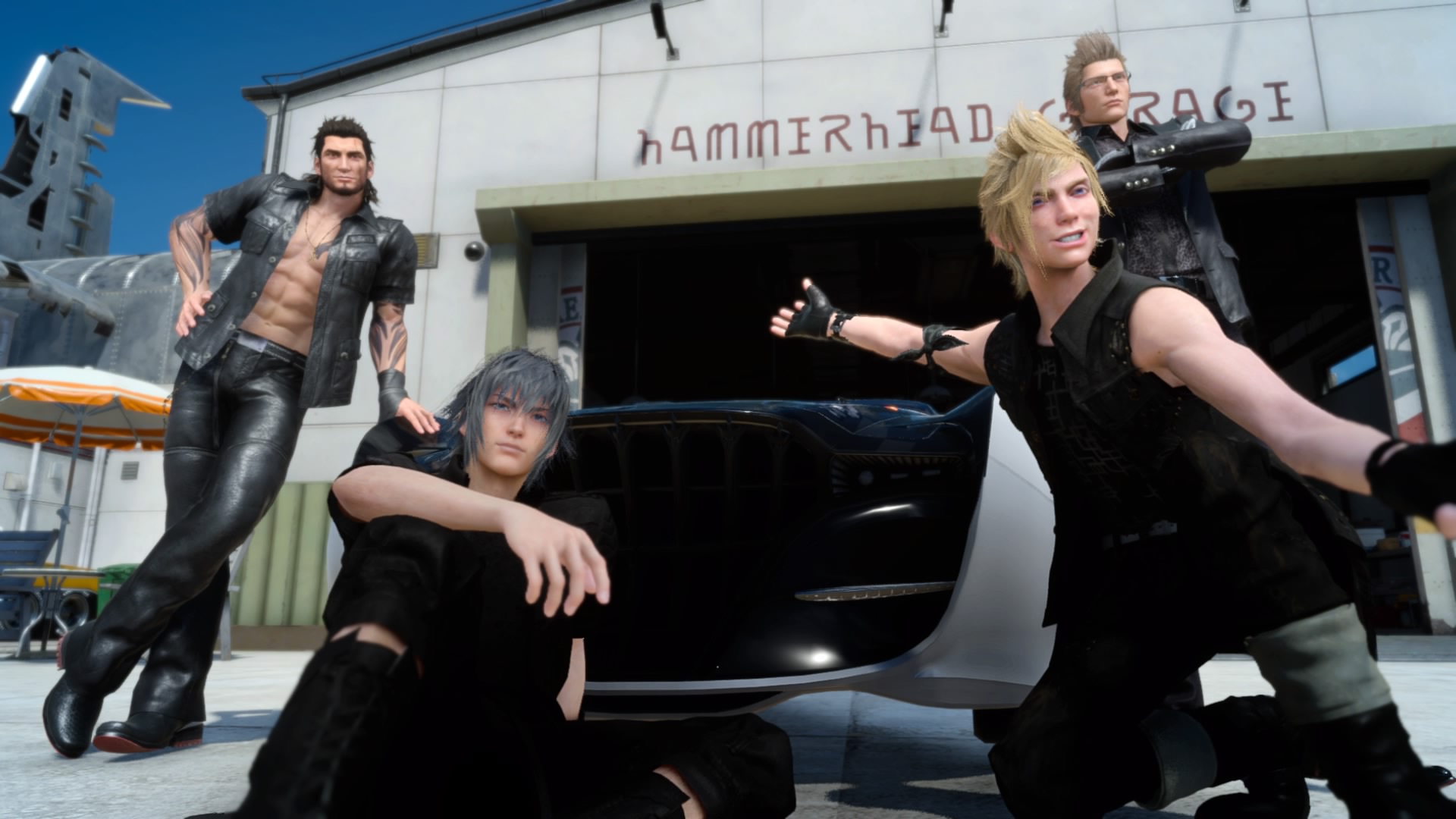 2016 saw a ton of amazing games come out but none struck us quite as well as Final Fantasy XV. 10 years in the making Square Enix finally delivered and it was certainly worth the wait. It starts out as a simple journey but turns into a quest of friendship, love, and redemption. From the moment you meet the main characters it is obvious they all have very unique personalities. Before long you’ve become emotionally invested in their story, each character has a ton of dialogue and will remark on almost every situation. The new battle system is flashy and keeps the player engaged, while the open world immerses you even further. Our playthrough was quick and even that took 40 hours, with plenty of side quests ignored their, is easily another 30 hours in the game. Final Fantasy XV is our game of the year because of how quickly it captivated us. The minute we picked up the controller stopping wasn’t an option. It is rare to see a game make you care so deeply about a group of virtual people. This game is going to become a cornerstone of the FF series, right next to VII, and will always be a Gigamax favorite.