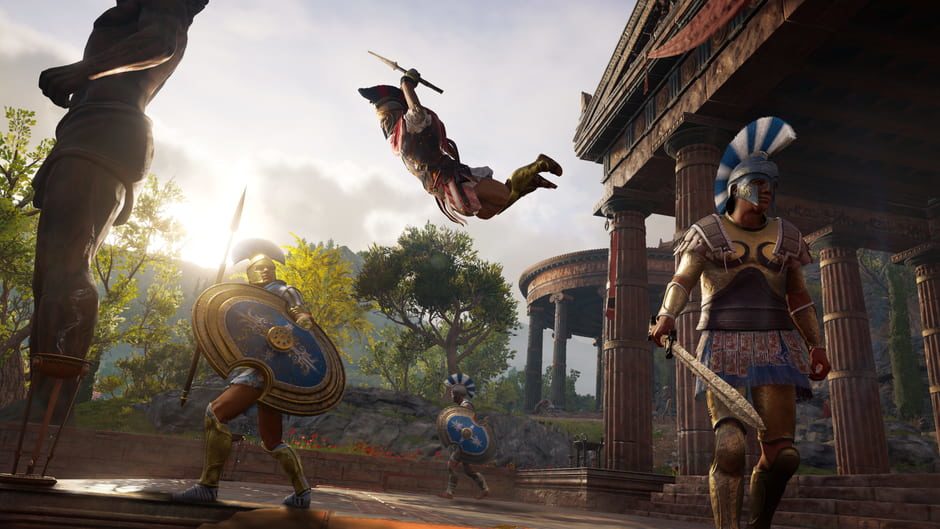 Assassin’s Creed Odyssey recently gave control of mission creation to the players through their new Story Creator mode. Although, Ubisoft quickly noticed that a number of missions have popped up with the intention of earning players quick XP, and has announced their plan to halt the use and creation of these missions.

The developer said they were making this update to uphold the integrity of this creativity based mode and to keep the farming missions from crowding out the legitimate levels.

“Story Creator Mode was designed to be a tool for players to let their creativity and imagination run free as they build their very own Stories to share with others, using a modified version of the tools our own designers used to develop the quests in the game,” said Ubisoft. “These exploits risk jeopardizing the overall quality, integrity, and purpose of Story Creator Mode and results in less visibility for the creative, interesting and frankly fantastic community stories that have been published.”

The update went over a variety of steps Ubisoft has planned to address this issue. These include filtering XP quests from their recommended missions section, hiding stories reported for exploits, enacting sanctions on those that misuse Story Creator, and updating their terms of use to reflect these changes. Ubisoft is looking into further changes for future updates.

This move certainly comes with its fair share of controversy though, as Assassin’s Creed Odyssey’s biggest criticism was the game’s massive grind. Many players found these quests extremely useful in improving their enjoyment of the game.

Meanwhile, Ubisoft is gearing up to release the final installment of their Fate of Atlantis DLC trilogy, which is releasing on July 16th. As of now, that is the last piece of downloadable content that Ubisoft has planned for the game. For more information regarding Assassin’s Creed Odyssey, be sure to keep checking back with us here at GigamaxGames.com!