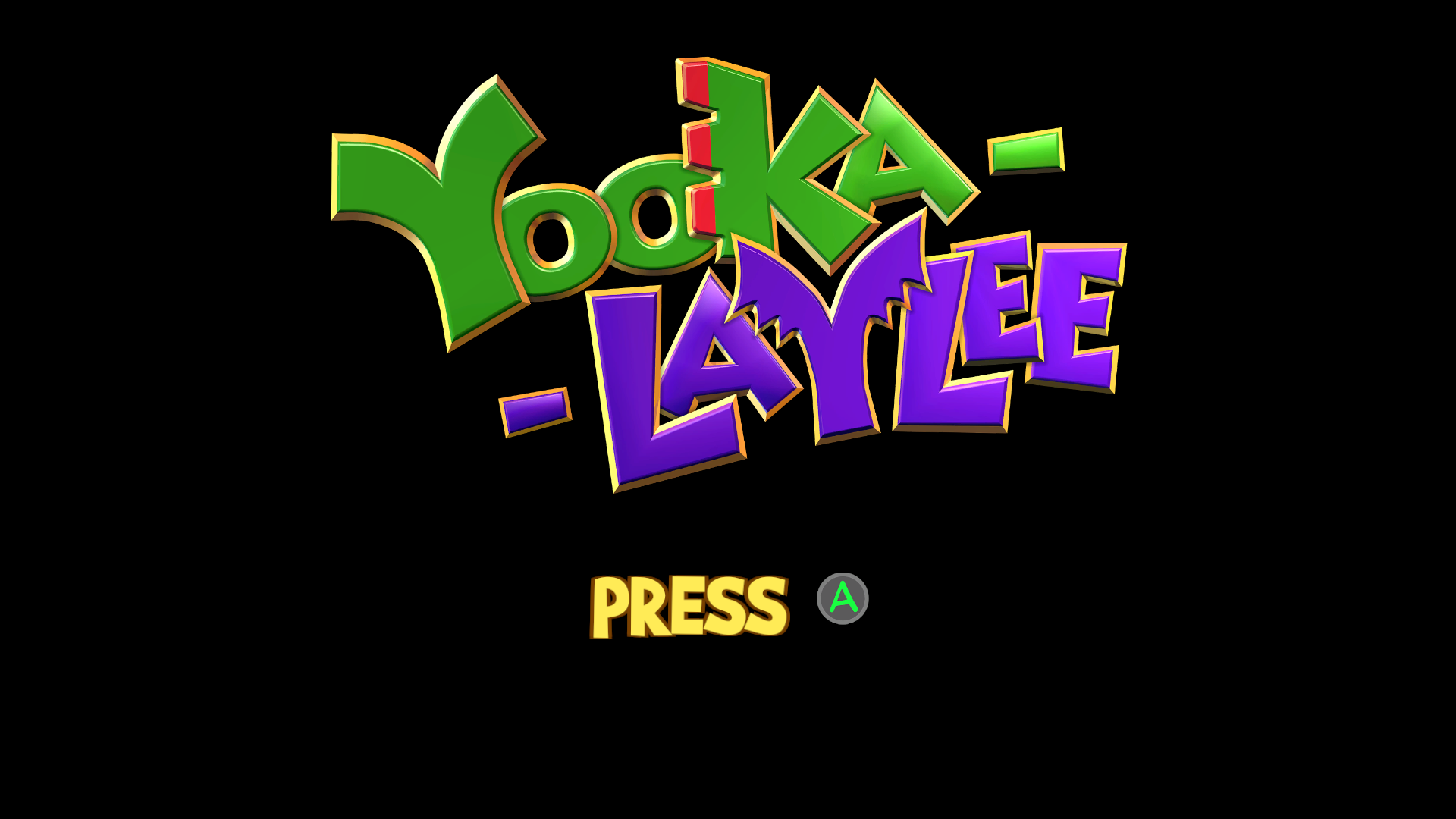 When I first heard that an exciting new project by the developer of Banjo-Kazooie was coming out, my excitement went through the roof. Then it was announced that the game would be a spiritual successor to the Banjo series and I lost it. A game that had been a huge part of my childhood was finally about to see life again and the hype train left the station at full speed. It was no secret that this game would need to be funded on Kickstarter before it would ever make it to a console. Luckily it didn’t take long for Yooka-Laylee to hit its goal. 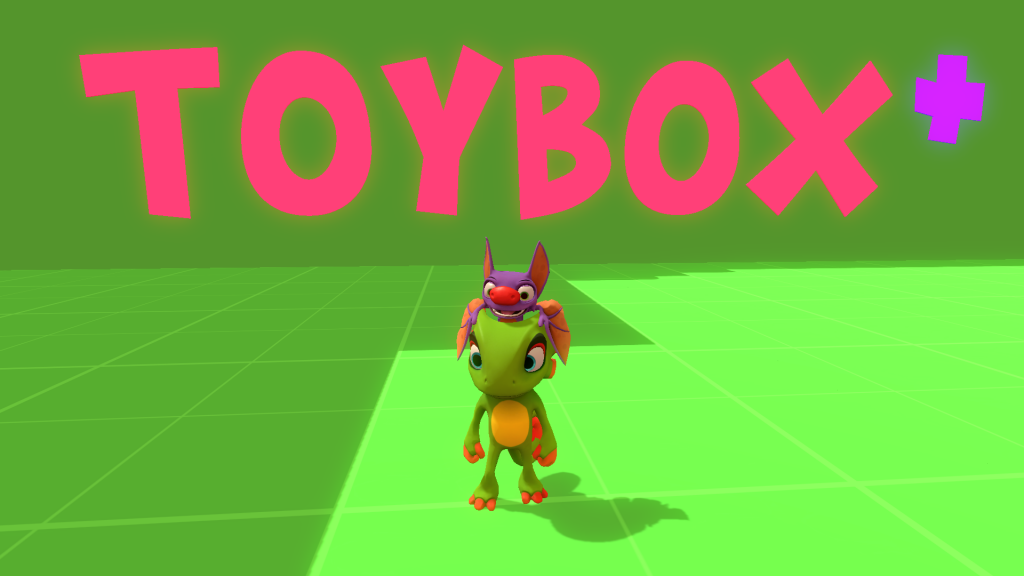 In fact this indie game did more than make the required funding, it blew past the goal and into the million dollar mark. The relatively small game turned into a full fledged experience that would make its way to almost every gaming console. Yooka-Laylee is obviously a labor of love by developer Playtonic. Essentially Banjo-Kazooie in almost every way possible and that’s an amazing thing. While I wasn’t able to back the game on Kickstarter, I took the opportunity to pre-order it and show support as an official release has been announced. Players that purchase early are able to hop on the Toybox Demo that was originally released to backers and I immediately took the chance to take control.

Right off the bat (pun very much intended) you can tell the new dynamic duo are essentially Banjo and Kazooie with a new skin. Now a chameleon and bat instead of a bear and bird, these two control and move just like the original protagonists. They have the same moves that use the same buttons and make the familiar wacky noises when moving. When speaking to the one NPC available you can tell the same writing style was used. A mix between meta and sassy makes for an endearing and good laugh. In the background you can hear a nostalgic score that feels like it was pulled right from Banjo-Kazooie. This compilation of love for the N64 classic makes anyone who was a fan of the original feel right at home. 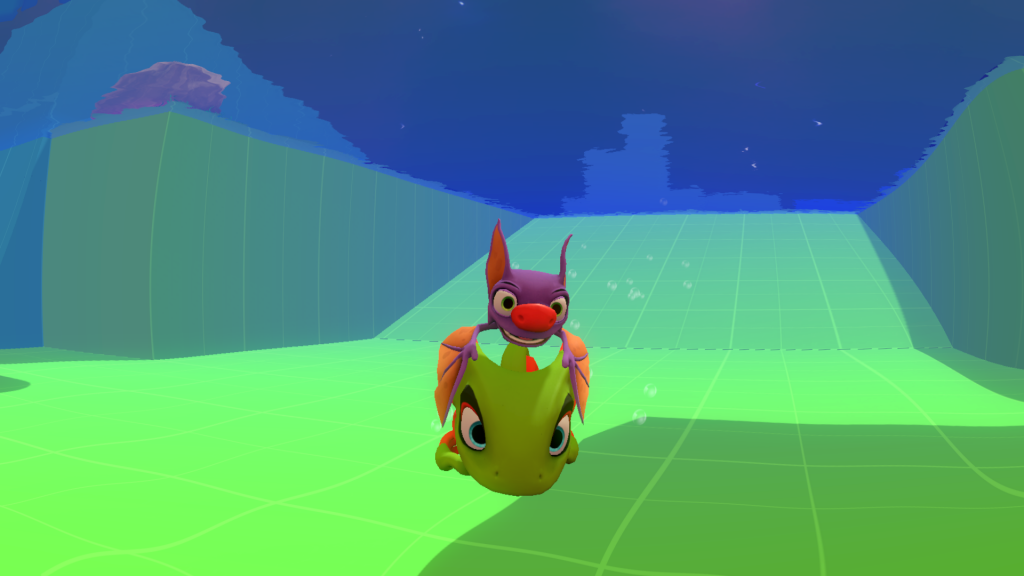 Although the Toybox is less of a demo and more of a proof of concept to early adopters, it still inspires plenty of confidence for the full release. It gives a small taste of what’s to come and most importantly let’s you step back in time. Nowadays it is very rare to see a 3D platformer with bright colorful worlds. Hopefully other developers take a note from Playtonic. Once a common sight, Yooka-Laylee does a great job of making the classic structure feel modern. The Toybox has 100 “quills” available that once collected unlock a secret to discover somewhere in the demo. Those familiar with Banjo-Kazooie will recognize the collect to progress structure that feels so very satisfying.

With such a fun teaser, Playtonic certainly knows how to build excitement for their game. Yooka-Laylee’s release is set for March of 2017 and it can not come fast enough. These two are looking great and I don’t think I’m prepared for the nostalgia overdose that is in my near future. If you’d like to see the demo in action we’ve got a full playthrough that shows where all the quills are located and where to find the secret. If you were a fan of the Banjo-Kazooie or want a return to 3D platformers I recommend keeping this game on your radar.