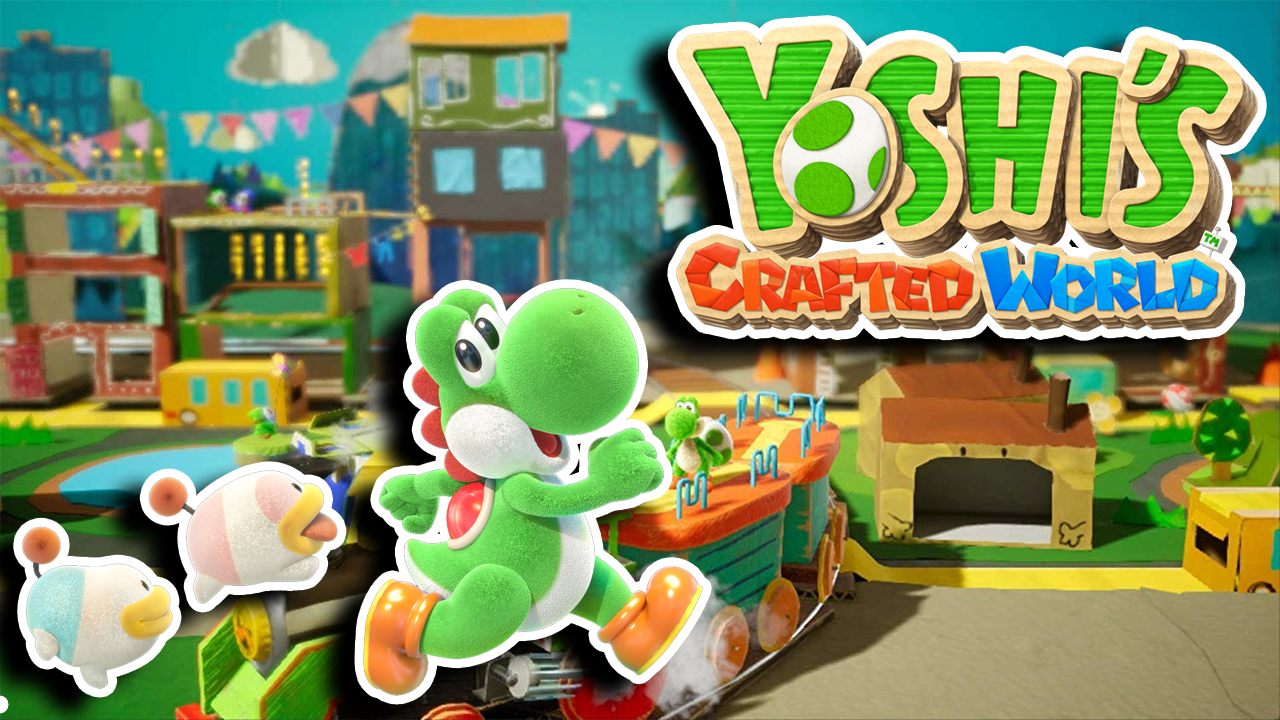 Yoshi’s Crafted World is now available on the Nintendo Switch. Both long-time fans and those new to Yoshi will fall in love with this endearing adventure. This adorable game might seem simple at first, but it’s actually filled with a whole host of content to keep gamers playing.

Navigating a world that was created out of household art supplies, Yoshi sports one of his stylish cardboard outfits. This cardboard costume acts as a shield and looks cute while protecting this lovable green dinosaurs life. Yoshi is tasked with making it to the end of the level and collecting all the flowers along the way. However, once Yoshi reaches the end of a level, it doesn’t mean the challenge is over. Each level has a “Flip Side” which is essentially the back of the stage. Yoshi needs to run through the stage in reverse and find all the cute puppies that can be seen running around the level. This is not only fun, it means the game is twice as long!

Yoshi games aren’t known for their challenge. If a gamer is looking to test their skills, Yoshi’s Crafted World might not be the best game. However, if a person is in search for a relaxing, colorful, entertaining game, Yoshi’s Crafted World could be a great fit. Take a second and see if this game is the right one for you!

Thank you for taking the time to stop by the Yoshi’s Crafted World Playlist Page. This will be the place to find all the latest Yoshi’s Created World videos with the Gigamax Games crew. Be sure to stop by again soon for more!

Do you want to see more Yoshi’s Crafted World? Leave a comment at the bottom of this page!