Check Out These 7 Brutal Games Similar to Doom 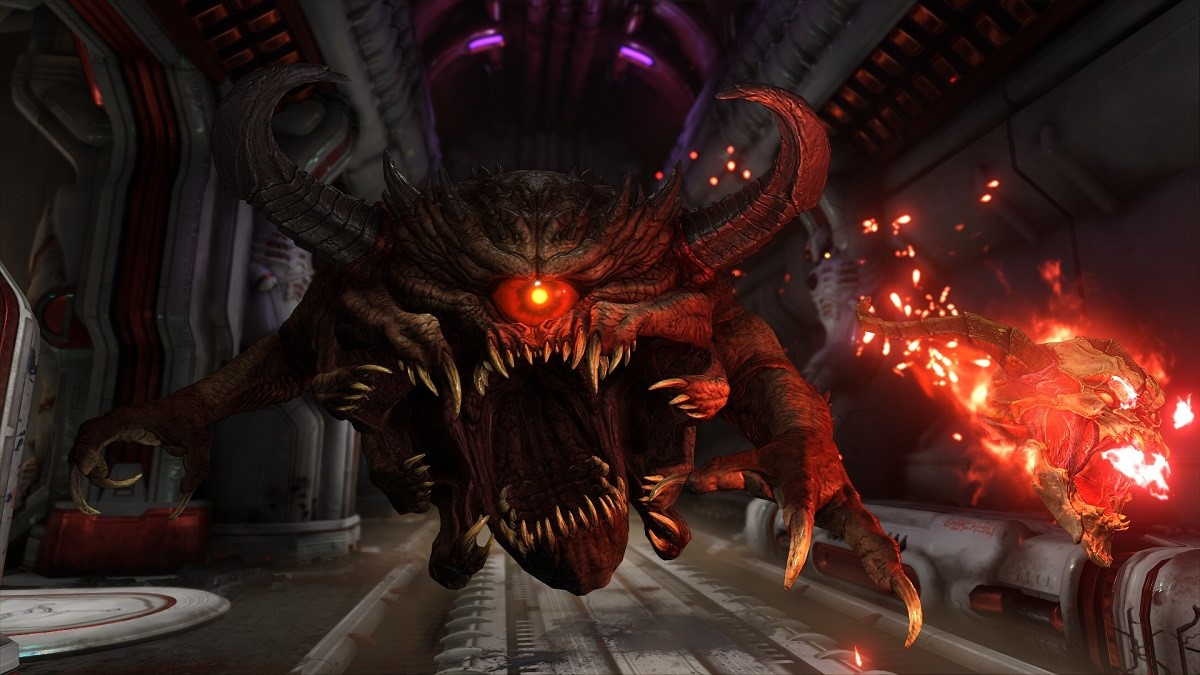 Check Out These 7 Brutal Games Similar to Doom

The widely successful DOOM franchise reboot, as well as its well-received follow-up, DOOM: Eternal, have both come and gone. But, the thirst for heart-pounding explosive action gameplay remains.

Although there’s nothing in this world that can satiate our hunger for more gore quite like the DOOM franchise, there are a handful of games that can tide you over until the expected third installment in the rebooted Doom franchise arrives. 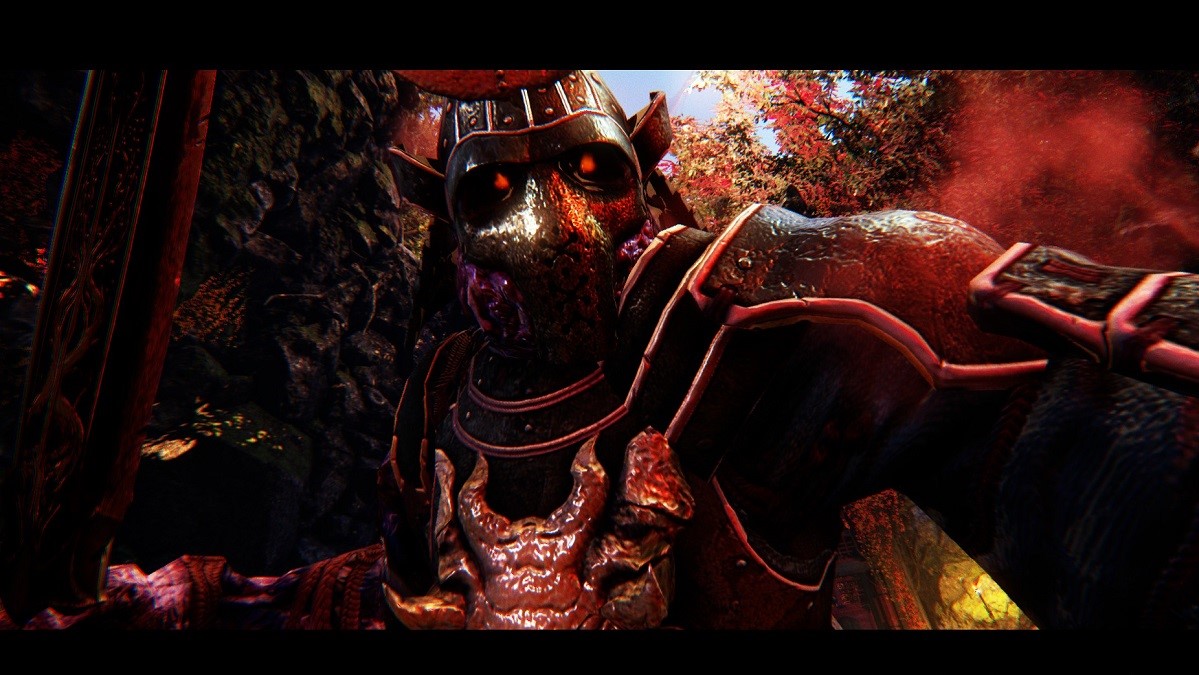 2018’s DOOM reboot wasn’t the first time that a classic FPS title got the modern treatment. In fact, it’s been done many times before. However, none were pulled off quite successfully as Doom was except for, maybe, Shadow Warrior.

A revival of the cult-classic shooter released in 1997, the 2013 reboot of the Shadow Warrior franchise, as well as its 2016 sequel, Shadow Warrior 2, saw the independent development company, Flying Wild Hog, unleash their inner beasts, or so to speak.

Gore and violence were essentially the main themes of both titles. You played as a modern ninja warrior fighting his way through hordes upon hordes of demons and monsters alike. Because, well, why not? You could also choose between slicing and dicing your opponents apart, or shooting them down with guns as massive and ridiculous as that found in the Doom franchise. 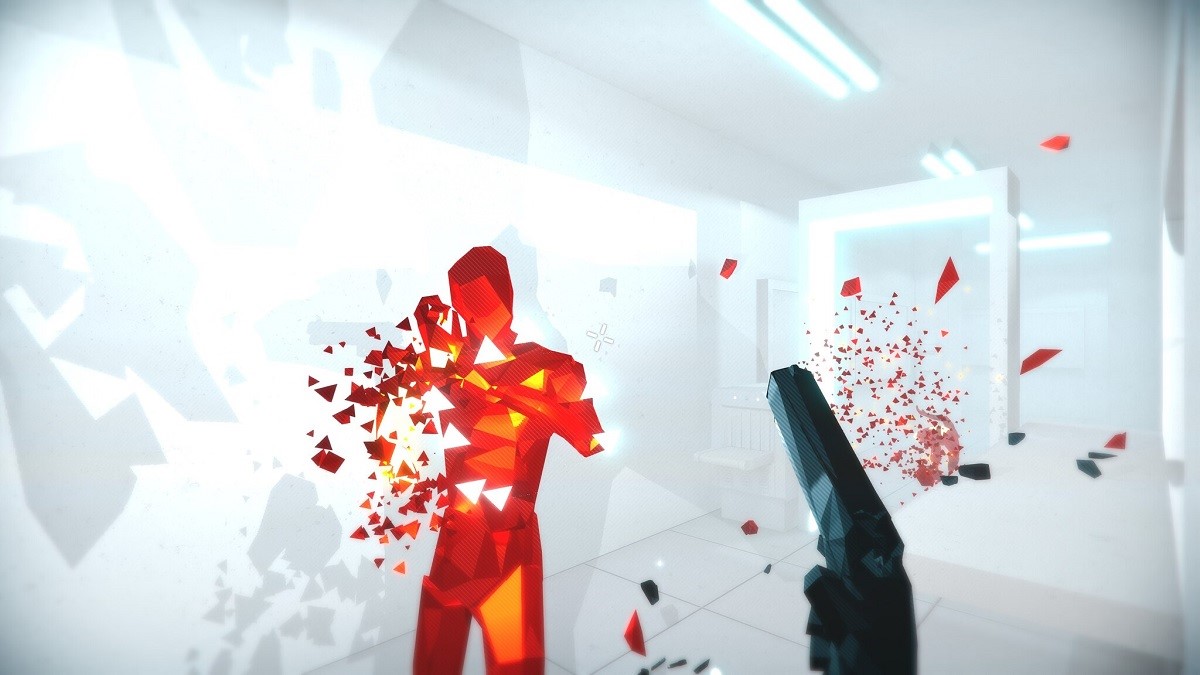 Now, how did a game using primarily only the colors black, white, and red land a spot on our list? It’s simple — action and style.

Sure, in terms of graphics, Superhot is the exact opposite of DOOM. Whereas you’d find intricately-designed research facilities and grotesque demons in Doom, you’ll find, well, basically a more minimalist take on video game graphics in Superhot. But, don’t let what looks like a lack of violent graphics fool you, Superhot is a lot more like DOOM than you’d think.

From the suspenseful action sequences and the fast pace, Superhot’s gameplay is just as adrenaline-filled and tense as that of DOOM.

It also helps that Superhot has a unique mechanic. Instead of going fast all of the time, Superhot has you thinking about how to go as fast as possible. Why? Because time in Superhot only moves whenever you move.

This creates a frantic and frenetic pace that perhaps only DOOM can match. 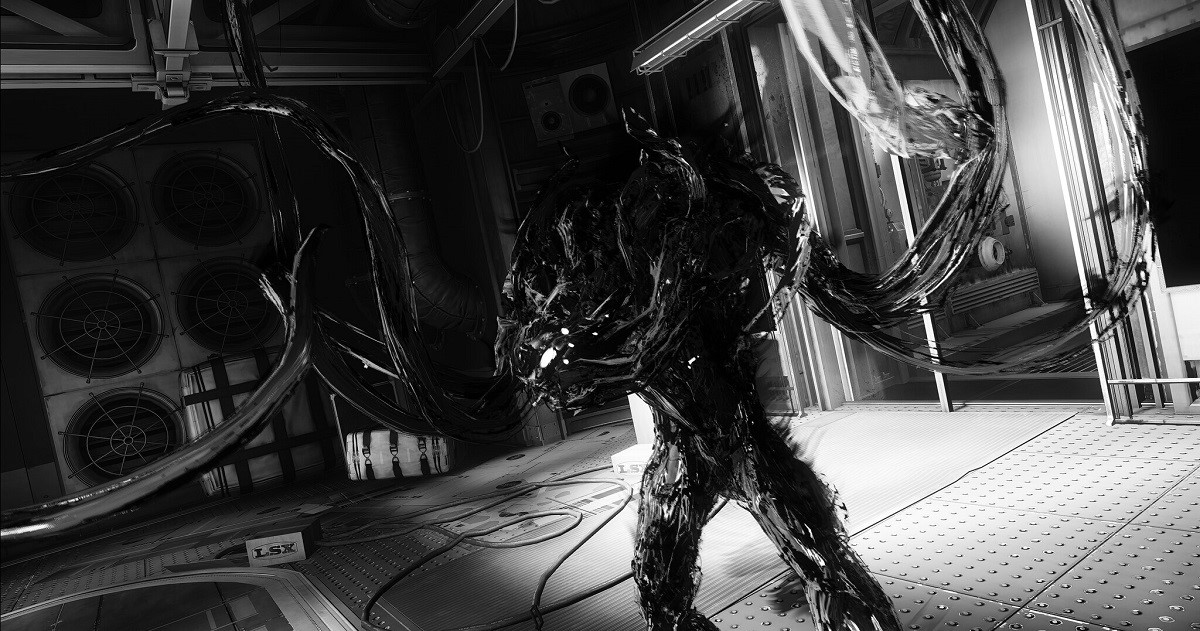 DOOM featured the supernatural, but not in a scary and horrifying kind of way.

For those looking for a more nightmare-inducing alternative, you might want to give Prey a try.

A relatively recent release from the guys over at Bethesda, Prey is what you’d get if you cranked up the action setting of Alien: Isolation and gave the character the same powers as Corvo Attano from the Dishonored franchise but borrowed the tone of the highly-praised BioShock franchise.

Prey may have never been able to reach the heights any of the aforementioned franchises did, but it’s still a title worth checking out. 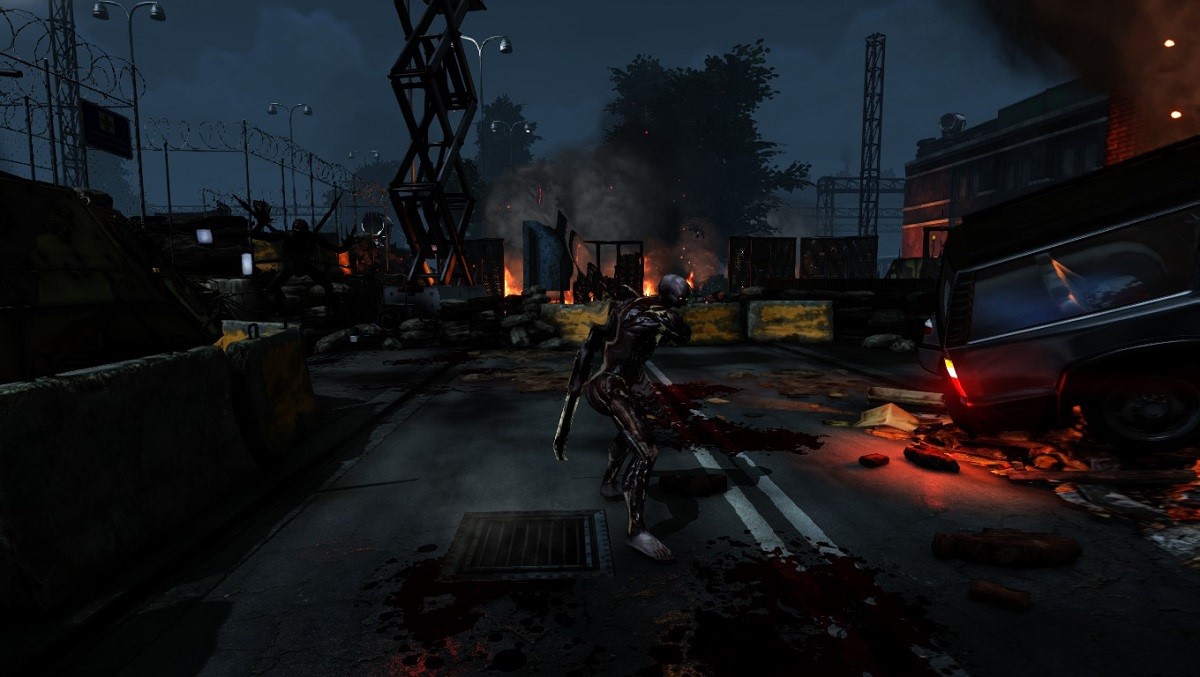 DOOM and by extension, DOOM: Eternal, both featured stories that weren’t really worth writing home about, or to so speak.

Yeah, sure, the story was there, but it was more of a bonus than anything else. Most players were just more than happy to get a chance to rip their foes apart using a wide variety of available weapons.

If you’re just like every other DOOM fan, then you’ll feel right at home in Killing Floor 2.

Ultra-violent and bloody, this retro-style shooter requires players to think fast on their feet as they try to stave off one wave of monstrosity after another, all the while with a heavy metal soundtrack playing in their background.

Featuring its own set of unique gameplay mechanics, as well as co-op gameplay and robust character customization options, Killing Floor 2 is another game like DOOM that’s worth sinking your teeth into. 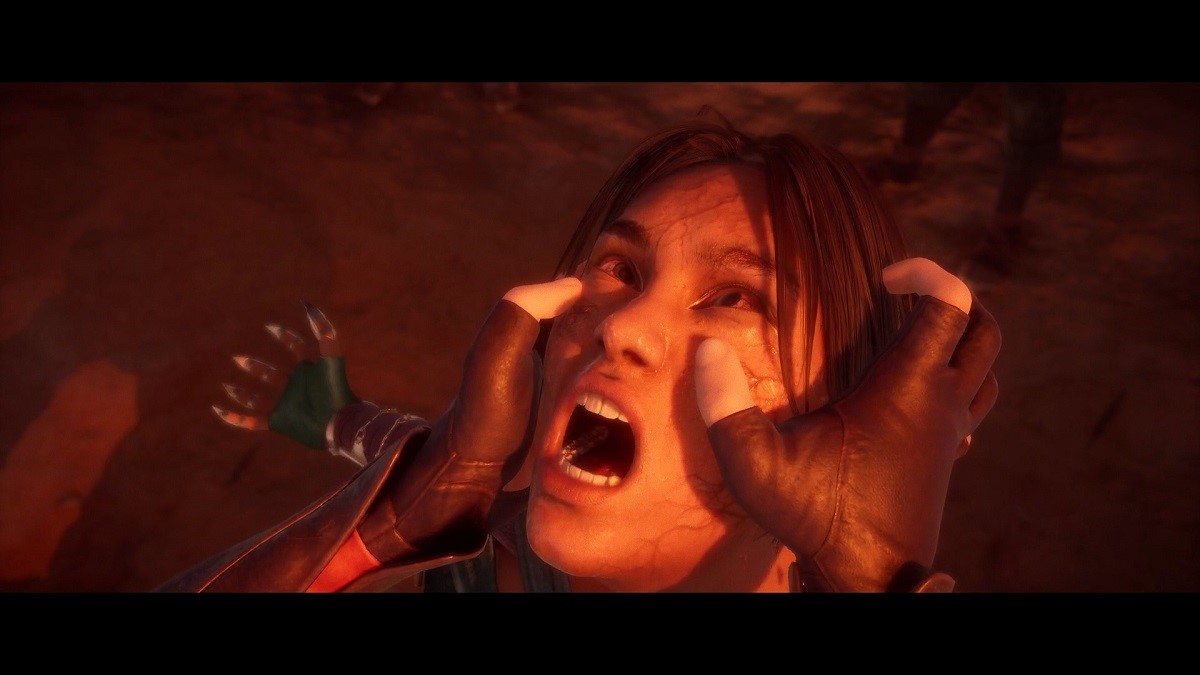 If your dream is to mutilate your opponents in every way imaginable, then look no further in Mortal Kombat 11.

Whereas other entries on our list usually have a comparable level of gore and violence to DOOM, the latest entry in the franchise that’s arguably responsible for the birth of the ESRB ratings is on a whole other level.

Mortal Kombat also shares the same history as with DOOM, having been born in the early 90s and seeing their popularity fade only to see a resurgence in the 2010s.

While both franchises may belong in completely different genres, there’s no denying that both are perfect for a quick stress release and for when you simply want to see your opponent’s insides flying around. 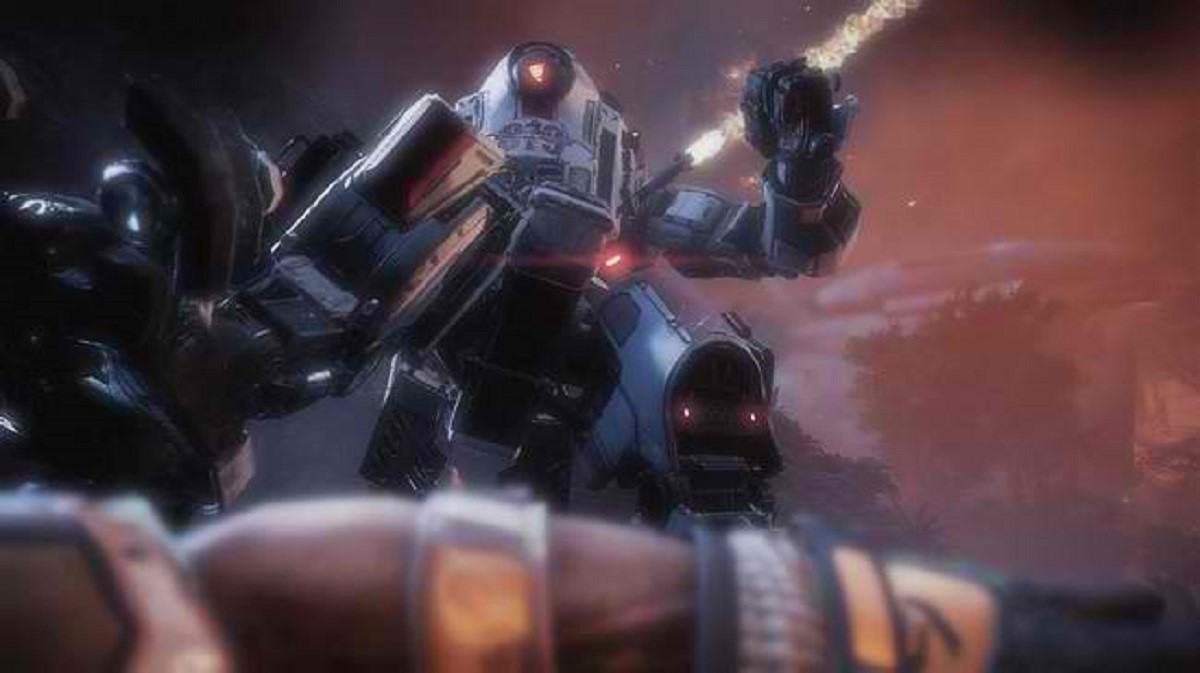 Comparing Titanfall 2 to DOOM might seem like a stretch at first glance. However, if you look closely, they’re a lot more similar than you’d expect.

In fact, there’s one aspect that Titanfall 2 beats out both DOOM titles and that’s speed.

For those wishing for a more fast-paced DOOM game, well, Titanfall 2 isn’t a bad substitute. Sure, there’s far less gore and blood. There isn’t even any hint of the supernatural in the game. Instead, you’ll be seeing robots and mechs. But, with unique gameplay mechanics like wall-running and parkour, as well as one of the best single-player campaigns in an FPS title in years, these are all small compromises to make.

If you’re looking for a multiplayer substitute, its battle royale version, Apex Legends, features just as much action but with dozens of other players on the same map as you. 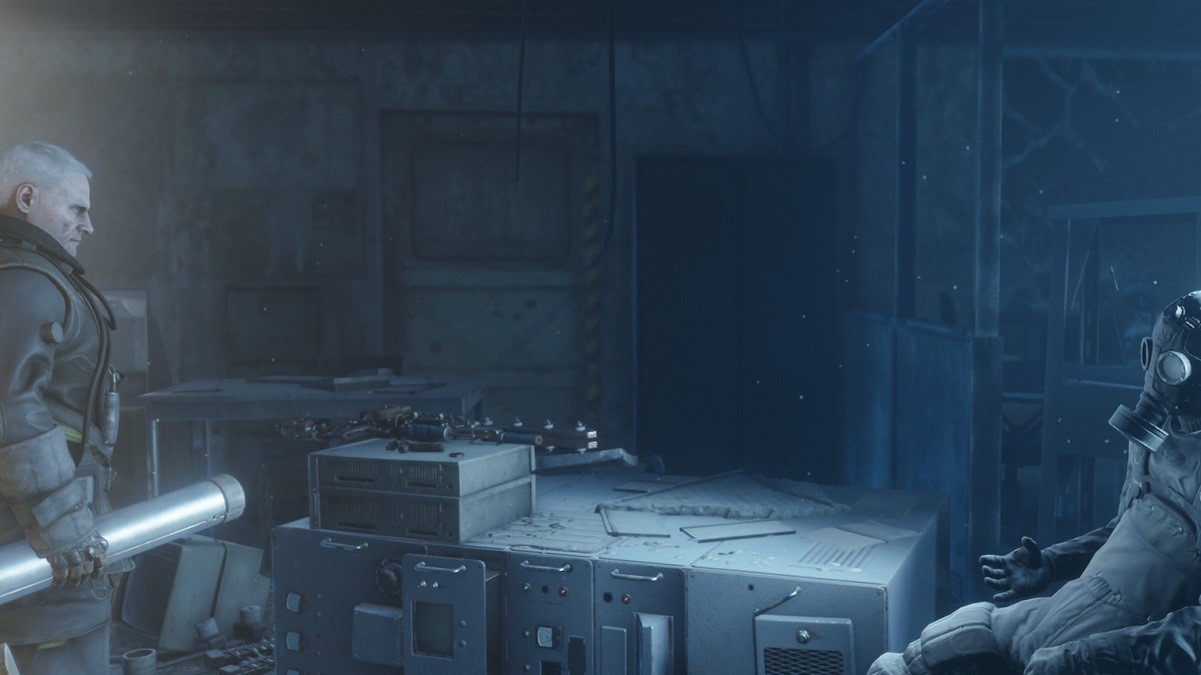 Wait, what? Metro and DOOM in the same sentence? We’ve got to be joking, right?

True enough, all three of the Metro games could not be any different from the DOOM franchise. At least, as far as gameplay goes. Because, whereas DOOM is action-packed and will leave you catching your breath, the action in the Metro titles is more methodical and suspenseful. Not to mention, you’re pretty mortal in the Metro titles whereas, in the DOOM games, you’re basically Rambo on steroids.

Look a bit closer though, and you’ll see a lot of similarities. Like, for example, creepy and demonic monsters. You’ll also have an extensive arsenal of guns at your disposal in both titles. Plus, it’s not like the Metro games aren’t brutal either — they’re all brutal, just in a different sort of way.

Basically, what we’re trying to say here is if you’re sick and tired of catharting in DOOM and want something stressful instead, then go play the Metro titles.

And there you have it, 7 brutal and gore-filled gaming titles that should get your blood pumping and fill you with as much adrenaline as you could possibly hope for.

So, the next time you’re ever in need of some stress release, you’ll know which games to play.