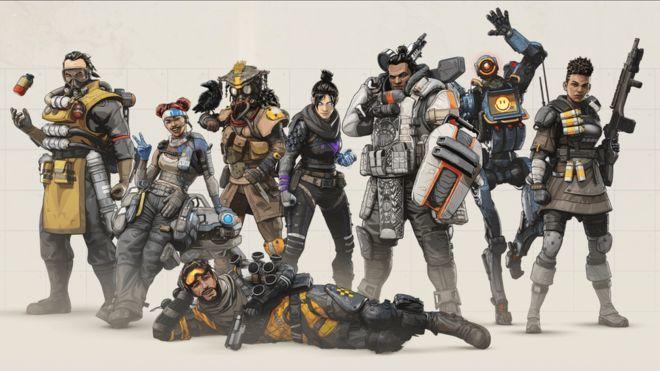 In February, Apex Legends dethroned Fortnite on Twitch as the most-viewed video game on the platform, solidifying its position as the new hotness in the increasingly crowded Battle Royale genre. Apex Legends boasts a roster of 8 unique characters each with their own roles and skillsets. Each Legend is extremely specialized, allowing you to pick and choose a character that best suits your personal playstyle – a great Lifeline main, for instance, plays the game vastly different from a skilled Wraith main – and part of the fun is trying out the different Legends and finding the one that best suits you. If you’re looking to up your game and consistently rank higher in matches, we’ve got the tips and tricks that will help you optimize how you play your favorite Legends.

Bangalore is the definition of “shock and awe”. Her skills are designed to induce maximum confusion, disorienting foes enough to allow for ambushes or quick getaways.

Information wins wars, and Bloodhound is the ultimate intel gatherer. Geared with skills that allow your team to track and hunt enemy Legends, Bloodhound opens up possibilities for ultra-aggressive tactics.

Caustic’s skills center on his ability to place Nox Gas Traps, canisters of poisonous gas that distort enemy vision and slowly tick down their health. This Legend plays completely differently from the others in Apex Legends, requiring the player to stay a step ahead of foes to properly maximize the effectiveness of his skills.

This monstrous beefcake is a straightforward tank, providing shields to keep his friends from harm. His Passive Ability, Gun Shield means he can get up close and personal with foes, and his Ultimate Ability rains explosives from the heavens to deal massive damage.

Just as her name suggests, Lifeline skillset provides heals to keep your team fit and ready to fight at all times. Her Ultimate, Care Package, can give your team an early advantage equipment-wise.

A sneaky gunfighter, this Legend uses holographs to distract and confuse his foes. Equipped with a great escape as his Ultimate Ability, Mirage can be a pain in the butt to track down and finish off.

Equipped with a handy sensor that allows him to detect where the next Ring will be, Pathfinder always knows the right way to go. His trusty grappling hook lets him position himself in sneaky, hard-to-reach locations and make quick getaways when the he’s in a tight spot.

Wraith’s skillset promotes a full-frontal offensive style of play with the mobility to weave in and out of scuffles with ease. Her ability to cloak, making her nearly invisible, makes quick pickoffs and swift getaways a breeze.