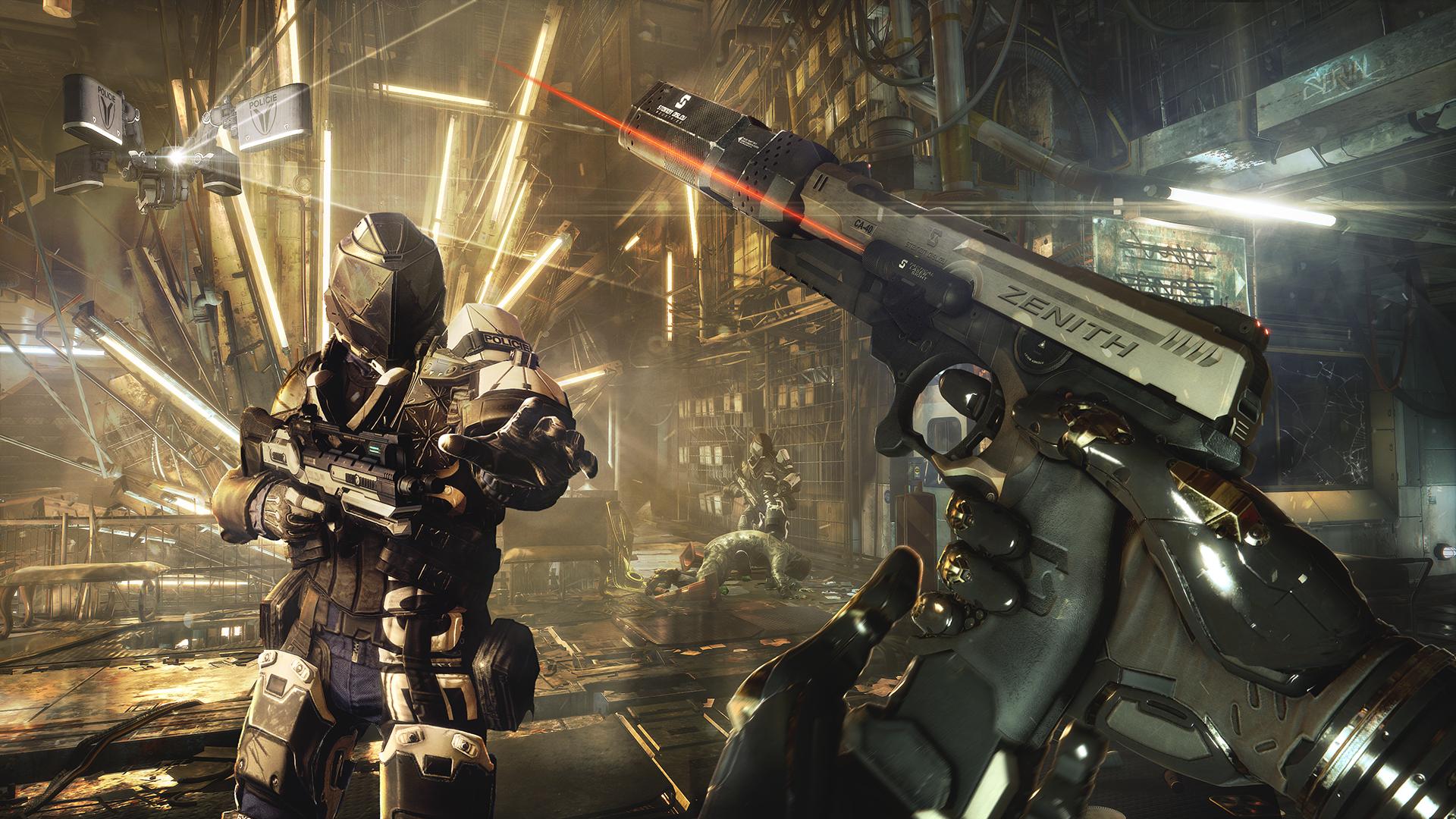 Cyberpunk is a staple genre that has been sparked from great literature gems, but the most prominent one is Do Androids Dream of Electric Sheep by Phillip K. Dick. We’ve seen the genre being embraced by the West and East in various forms of medium. From feature films to animation and even comics, we are finally in the era that cyberpunk can be fully realized in an interactive format via video games. Video games have been the go-to format when it comes for an immersive experience and what better way to relish in a cyberpunk universe than in a video game. So, let’s check out what are some of the cyberpunk-themed games that you can try and experience for yourself! 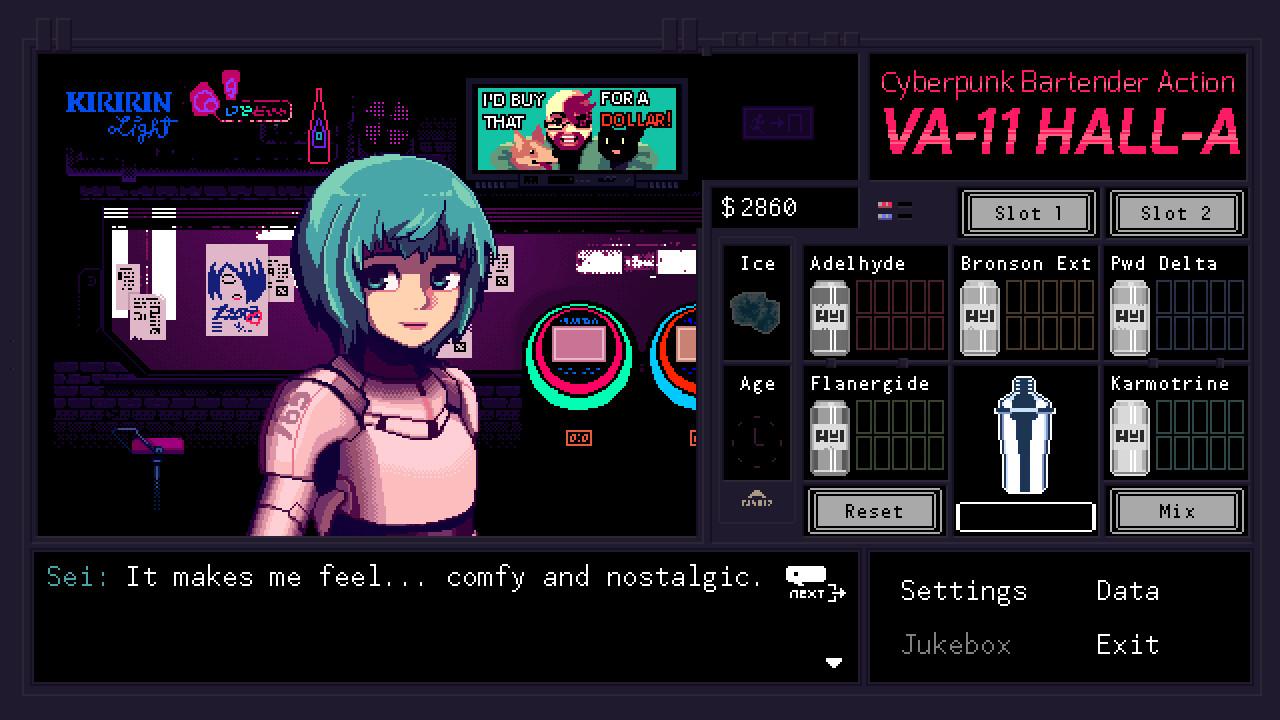 When it comes to cyberpunk, the most important component will always be the story. Sure, you can have flashy guns or cool fights choreographed into the game, but everyone is in it for the story. That’s the core value of a cyberpunk game. VA-11 Hall-A: Cyberpunk Bartender Action features a few key ingredients that has garnered its popularity and success: interesting characters and clever writing. As much as the game presents itself as a bartender simulator, where you serve drinks to your customers as you’re able to choose dialogue options to converse with them, you’ll soon find yourself wanting more of the experience. Presented in a simple game genre, the game has so much more to offer in the form of characters and their life that feels real. The game has perfected the cyberpunk vibe, and it offers a small piece of comfort for lost souls that are weathering through the harsh lives in a cyberpunk world. 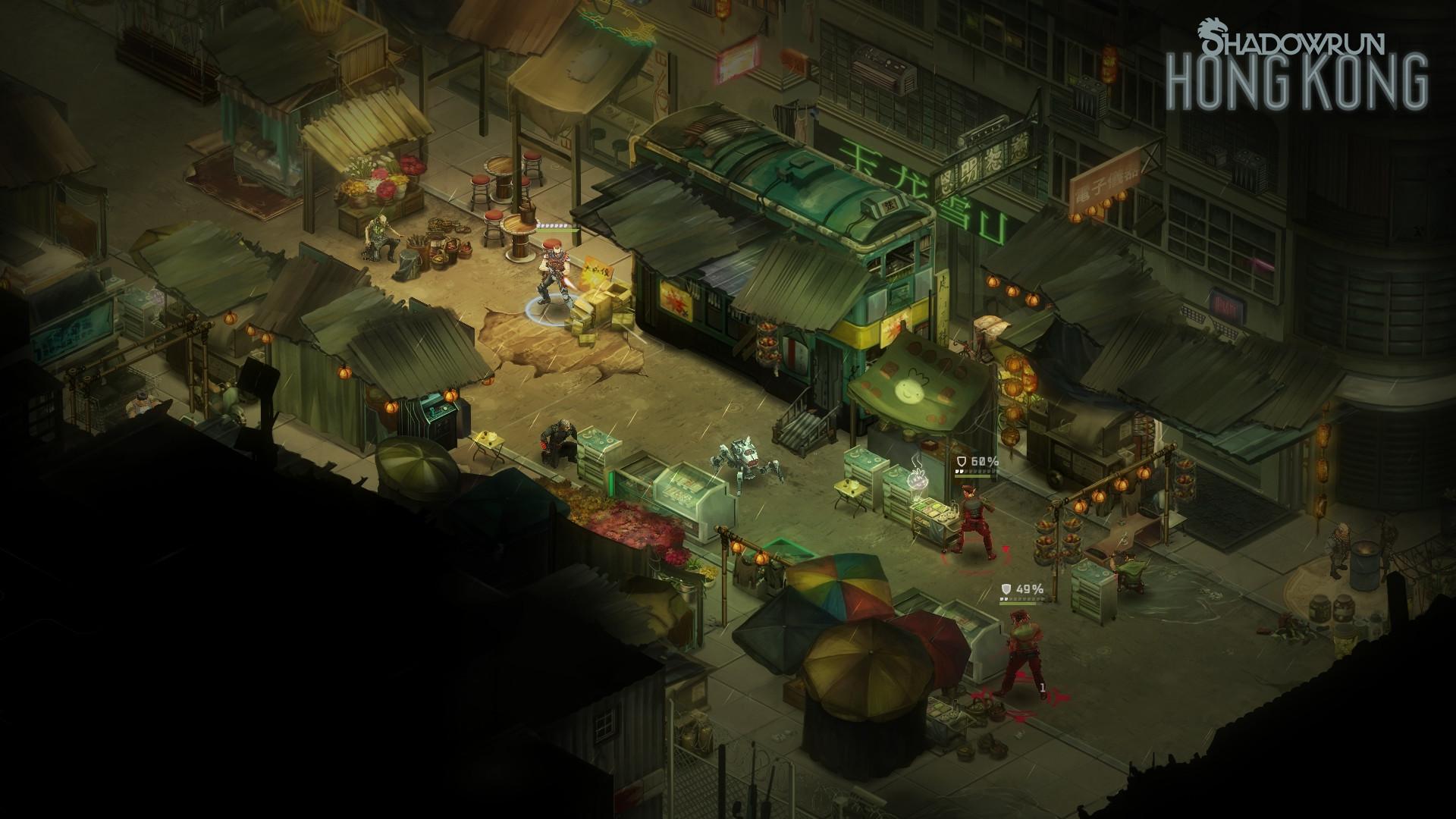 The third instalment of the Shadowrun series, Shadowrun: Hong Kong is the final conclusion of the series that brings the best of the best to the table. Hong Kong would be the best depiction of a cyberpunk city closest in real life due to its crammed up living space and the existence of a the legendary Kowloon city that was nestled in the middle of the rising metropolis which became a haven to gangs and criminals. Shadowrun features a prosperous Hong Kong in the future New World, with an interesting story featuring many different set pieces that keeps the gameplay fresh. Set in a future Hong Kong, you’ll be able to appreciate some of the Eastern aesthetics that is featured in the game that is placed alongside with futuristic looking landscapes and neon lights. If you enjoyed playing Disco Elysium, then this game is for you, but it features more animation in its characters and of course, an entire gameplay features on isometric turn-based battles.

Deus Ex: Mankind Divided is the penultimate game of the famous series. It doesn’t get as cyberpunk as this game. Your character is an operative is fitted with military-grade augmentations that allows him to turn invisible, punch through walls and remotely hack anything that is remotely close to a computer. The game sets up after the great Aug Event, which had every person with an augmented installed as a part of them going on a murderous rampage. The why and the how of that particular event is covered in Deus Ex: Human Revolution. This game walks us through the aftermath of the world-changing incident, and now, you’re a part of a counter-terrorist organization that is located in the heart of anti-augmentation movement that is slowly picking up steam. The game is primarily in FPS genre, along with the several game mechanics integrated into your character’s unique properties of being half cyborg. The atmosphere and ambient look and sounds give out the futuristic vibe that Deus Ex is known for. Although there is some criticism on how it lacks some depth in terms of its environment, it is quickly forgotten and redeemed by the narrative, as well as the gameplay. Choose between using stealth and your environment to complete your mission or go hyper-aggressive mode. The choice is yours, as well as the consequences. 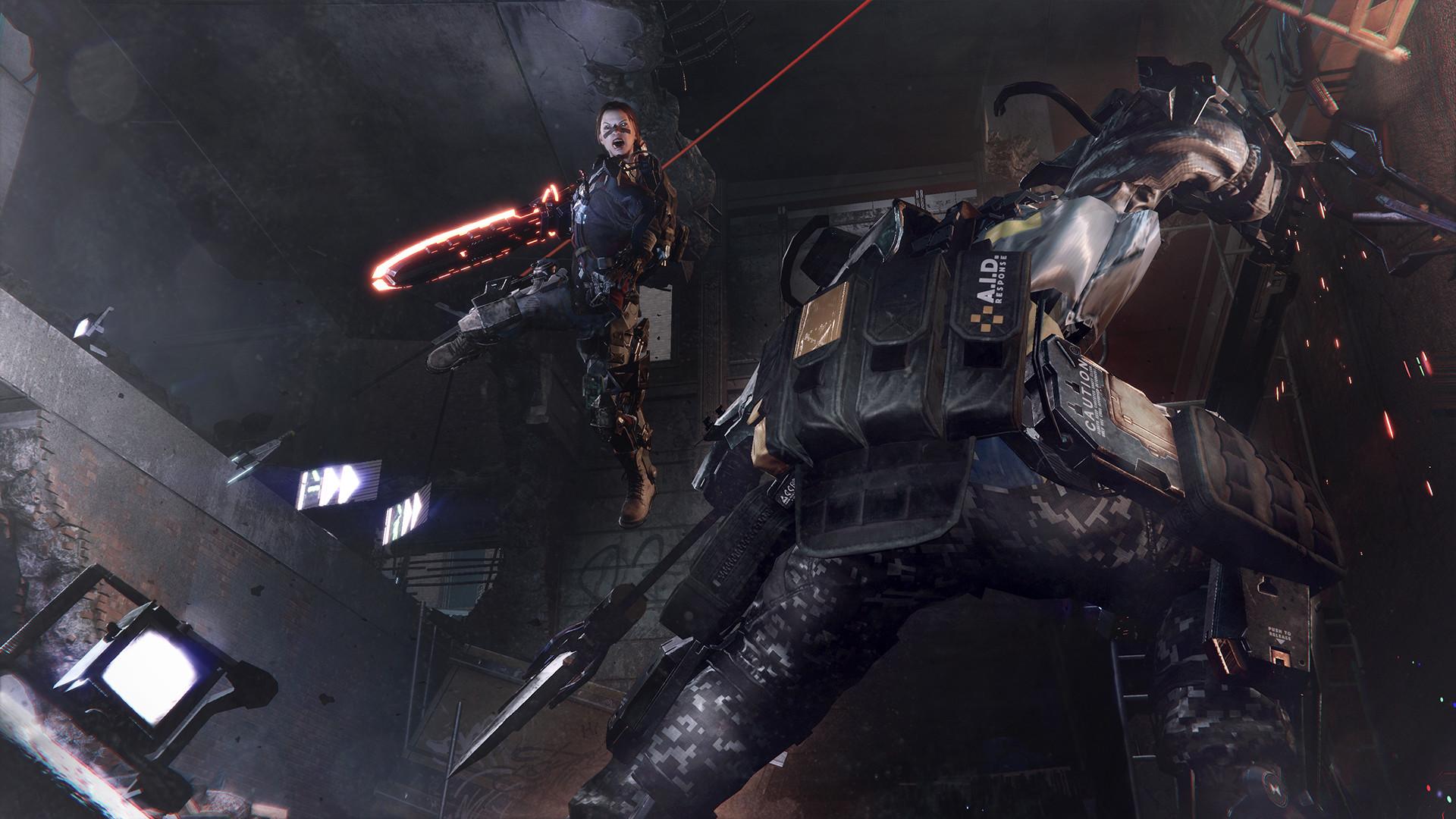 So, here’s the recipe for this game: A nano storm, Marshall Law enacted by aggressive military faction and rampaging robots ranging from human-sized to a house. The cyberpunk levels in this game are off the charts. And what’s more, moving away from the usual game genres that are either FPS or isometric, The Surge 2 offers the 3rd person gameplay. And here’s the twist: it’s hard. A souls-like cyberpunk game where you build up armour and weapons to take on the rampaging robots that come in various monstrous forms. Expect multiple deaths and reloads with one wrong move. The Surge 2 features more of a broken city that is in the midst of decline, with the rampaging robots and whatnot. And let’s not forget the aggressively enthusiastic military faction that is not doing anybody favours. Oh, there’s also a sinister plot of something more nefarious behind all of these events. It is up to you to swing and smash your swords into your opponent’s synthetic bodies and pave a way to answers. 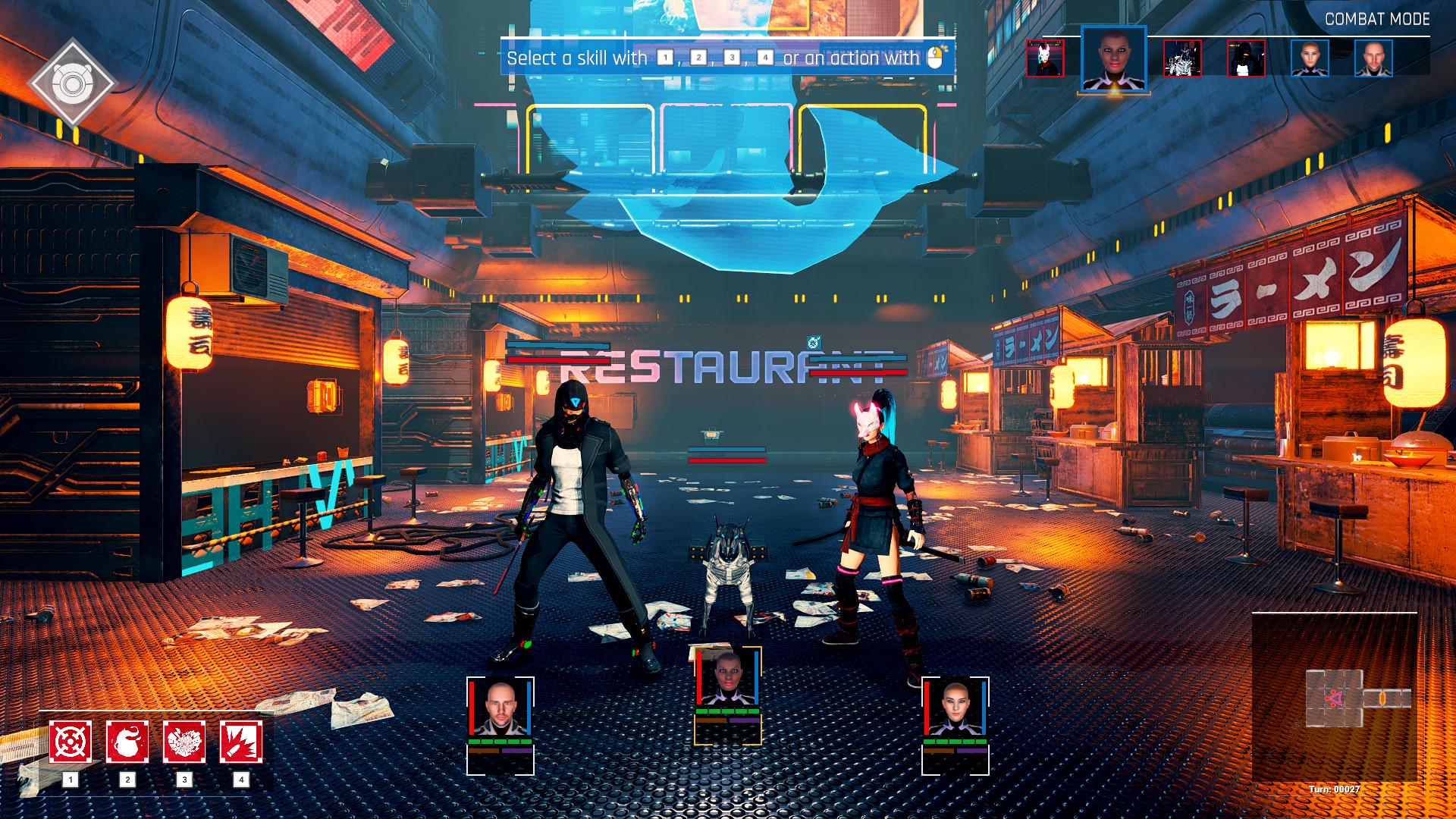 Fresh out of the oven, Conglomerate 451 is an interesting new game that features several game genres into one. It is described as “grid-based, dungeon-crawling first-person RPG with roguelike elements set in a cyberpunk world.” Sounds complicated? Check out their Steam page and find out what is the game brings to the table. Conglomerate 451 brings a perfect blend of story and gameplay that is heavily influenced by the cyberpunk element. The environment’s designs, as well as the soundtracks present in the game, are deeply interlaced in the genre that it build a good level of immersion that comes with its unique game perspective. Check out their Steam page as they are currently having a special discount on the game that ends in February. 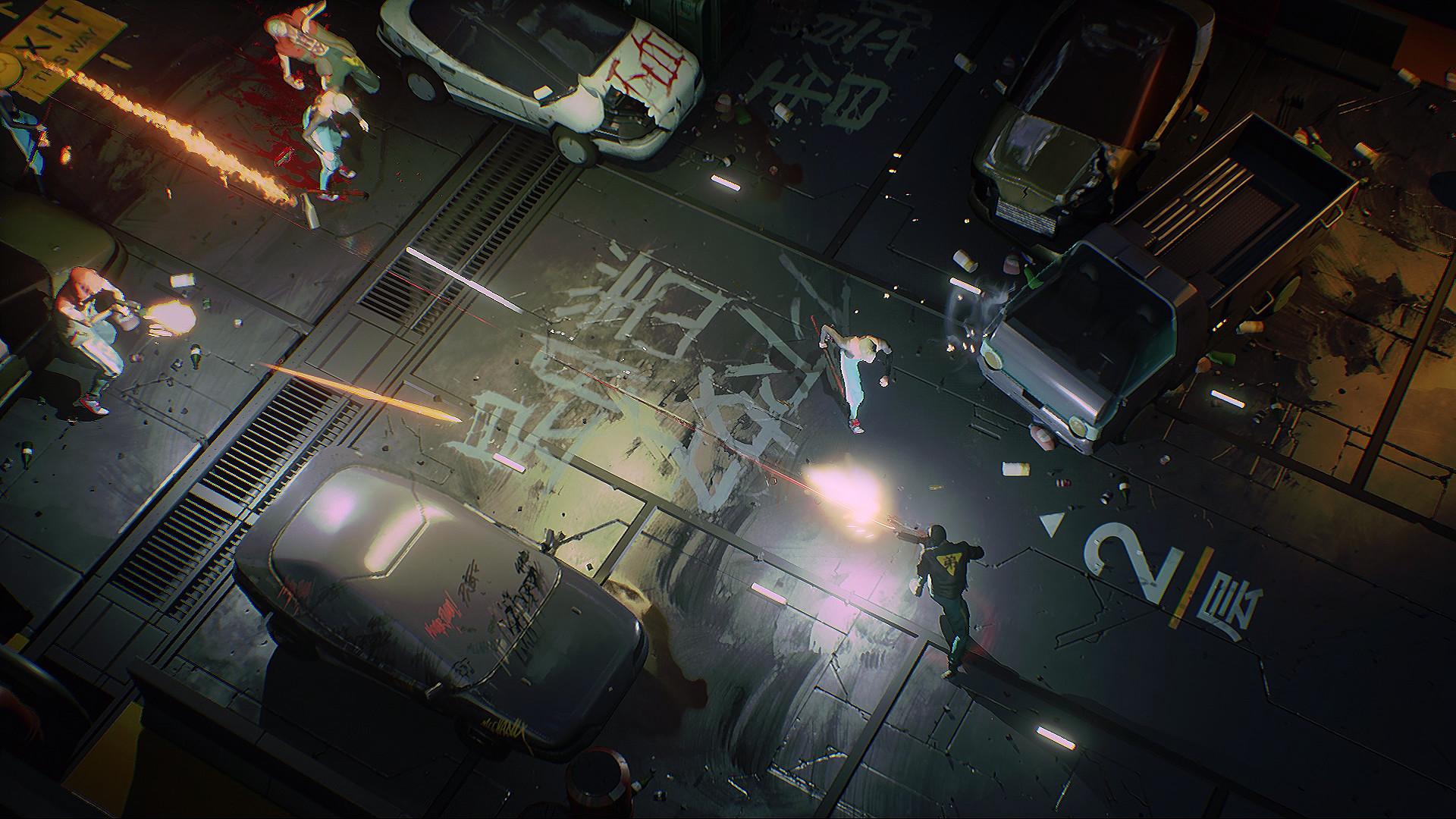 Here’s another action shooter on the list that brings out a cool cyberpunk feel. But unlike the rest of the entry, this game is more set to the brutal side of the cyberpunk theme. A mad psychopath is unleashed, ready to break the corrupt system governing the future, as well as to hunt down those who are responsible in the kidnapping of his brother. The story the RUINER brings is pretty much straightforward. A being hell-bent on revenge. But the action that this game brings is pretty satisfying. It brings heavy action that is painted with bright neon lights when engaging in combat. If you’re into more into action and less about the story, but without losing its cyberpunk edge, then this game fits you perfectly.

We’ve come to the end of the lists. Albeit some of the titles in this article isn’t new, the experience that they provide is an awesome one and should be put into the spotlight more often. So, check out these games while we patiently wait for the biggest cyberpunk release that’s coming up later this year, Cyberpunk 2077. All in all, it’s a great time for the cyberpunk genre!