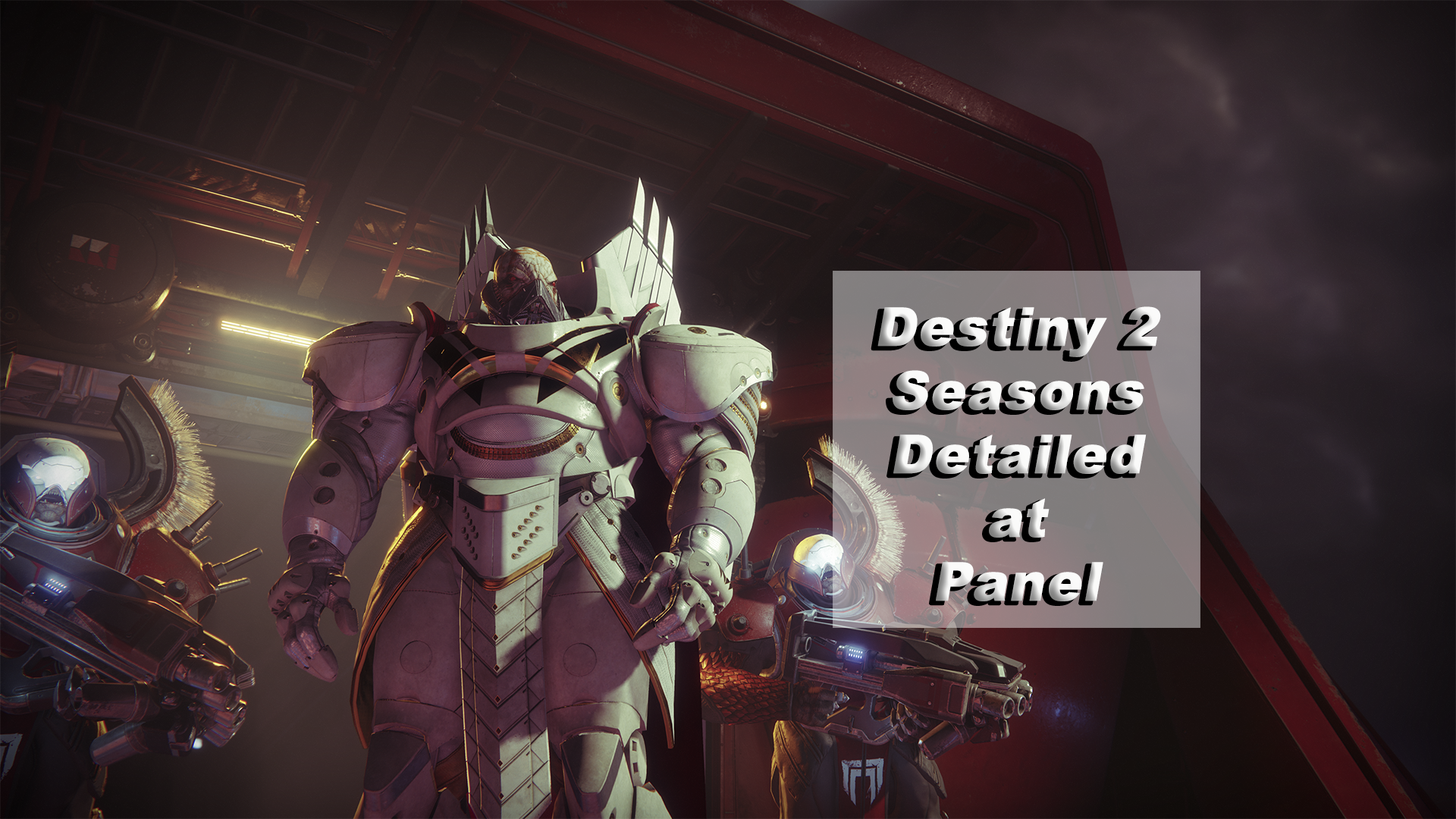 Bungie recently offered details on the upcoming Destiny 2 seasons after a panel they held at TwitchCon. The company provided some insight into how the new system will work and how players will be able to take advantage of the seasons to get new gear and other rewards. This comes as no surprise considering Bungie has been looking for ways to extend the lifespan of Destiny 2 since the game’s launch in September.

After showing a quick preview of what to expect from next week’s patch, the developer showed viewers an outline of areas it wants to improve throughout the game. As of now, the game has been handed off from the main development team to the Live Team, who are responsible for supporting the game post-launch, much like what was done for the first Destiny. Some of the updates the Live Team have planned include private Crucible matches, improved rewards for high-level activities, and changes to the mod system.

In a post on the Bungie website yesterday, the game’s director Christopher Barrett said “We’ve been playing the game in the wild for seven weeks, and like the Destiny experiences that have come before, we’re always thinking about where the game is heading next. We’re still planning when a bunch of the improvements listed below are going to make their way into the game, but we wanted to let you know what we’re up to.” Following the statement, he issued a series of areas that Bungie was working on for Destiny 2 seasons.

As of now, Bungie only detailed a timetable for private matches. Next week’s update is all about addressing issues with bugs, rather than adding more content. Recently the Iron Banner and Faction Rallies saw a return to the game and the company said that The Dawning will be coming back, but unfortunately there will be no Halloween event this year but the Festival of the Lost will be returning in 2018. It seems as though Bungie has a lot of work ahead of them and hopefully they can roll out some of these additions before too many players depart the game for this the upcoming big releases like Call of Duty WWII. We’ll be keeping a close eye on these changes so be sure to keep checking back as more information becomes available!