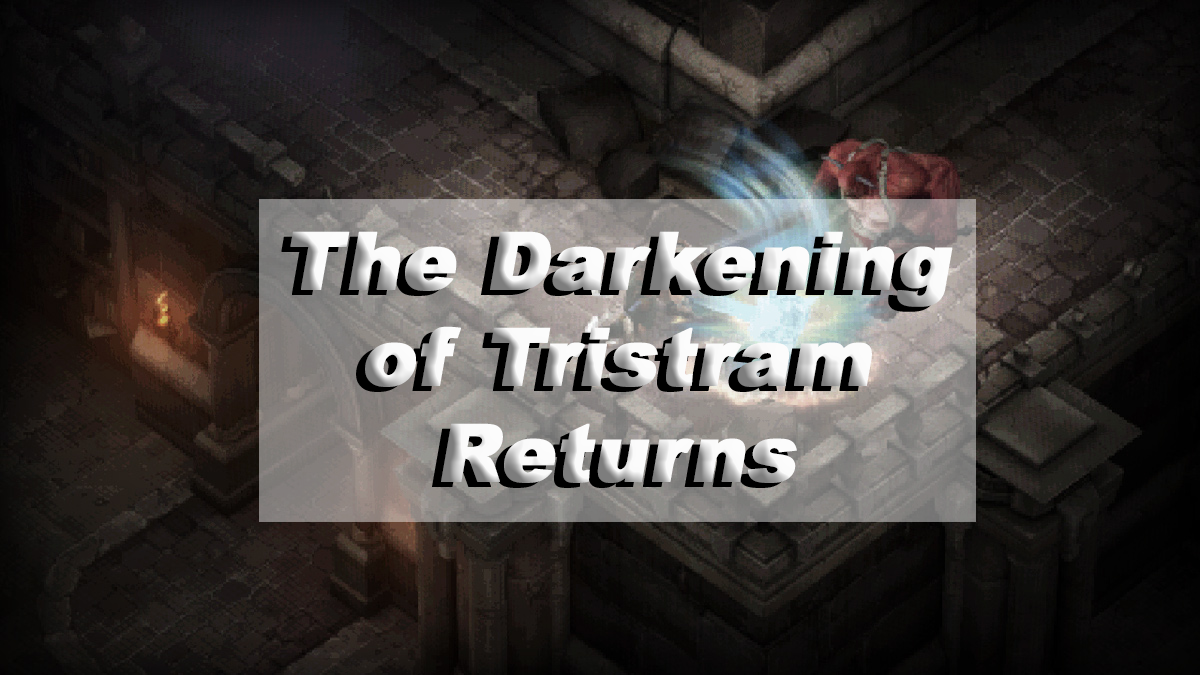 We’re about to step into the new year and as any loyal Diablo 3 fan knows, that means the Darkening of Tristram even is about to go live. Last year marked the 20th anniversary of the popular dungeon crawler and this annual event was created to celebrate the occasion. More than just a small update, the developers recreated one of the original dungeons and dropped it into Diablo 3. This included the pixelated graphics, stiffer animations, and other old-school visual elements. Fans around the world loved Blizzards tribute to the series and it’s about to come back.

Taking A Trip Down Memory Lane

“Your journey begins on the trail of a group of mysterious cultists causing trouble in Sanctuary. As you hunt them down in Adventure Mode, you’ll uncover clues leading to a portal into Tristram’s past, and the terrifying darkness that took hold of the town so many years ago,” Blizzard said.

“Follow the clues and you’ll soon find yourself in a realm of glorious RetroVision™, where an all-too-familiar cathedral looms. Explore the depths and you’ll discover familiar enemies and iconic items, all brought to life in the Diablo III engine. Meanwhile, deep beneath the catacombs, the Dark Lord himself awaits any intrepid adventurer who dares to challenge him.” (http://blizz.ly/2DtuUc4)

If this all sounds very familiar, that’s because it is. In the comments on the blog post, many Diablo 3 players are saying this appears to be the same exact event they held last year. Some fans are excited that they’ll have a second chance to earn all the loot they missed the first time around, but most are upset Blizzard hasn’t announced anything new. The only clue the developer left to lead longtime fans to believe that they could earn anything new is a quote stating that players can earn “unique transmogrification effects, achievements, portraits, pets, and more.”

The Darkening of Tristram begins at midnight PT on January 1 and runs until January 30. For all of those that missed last years event, take a look at the video above as the Gigamax crew explores this magical event.