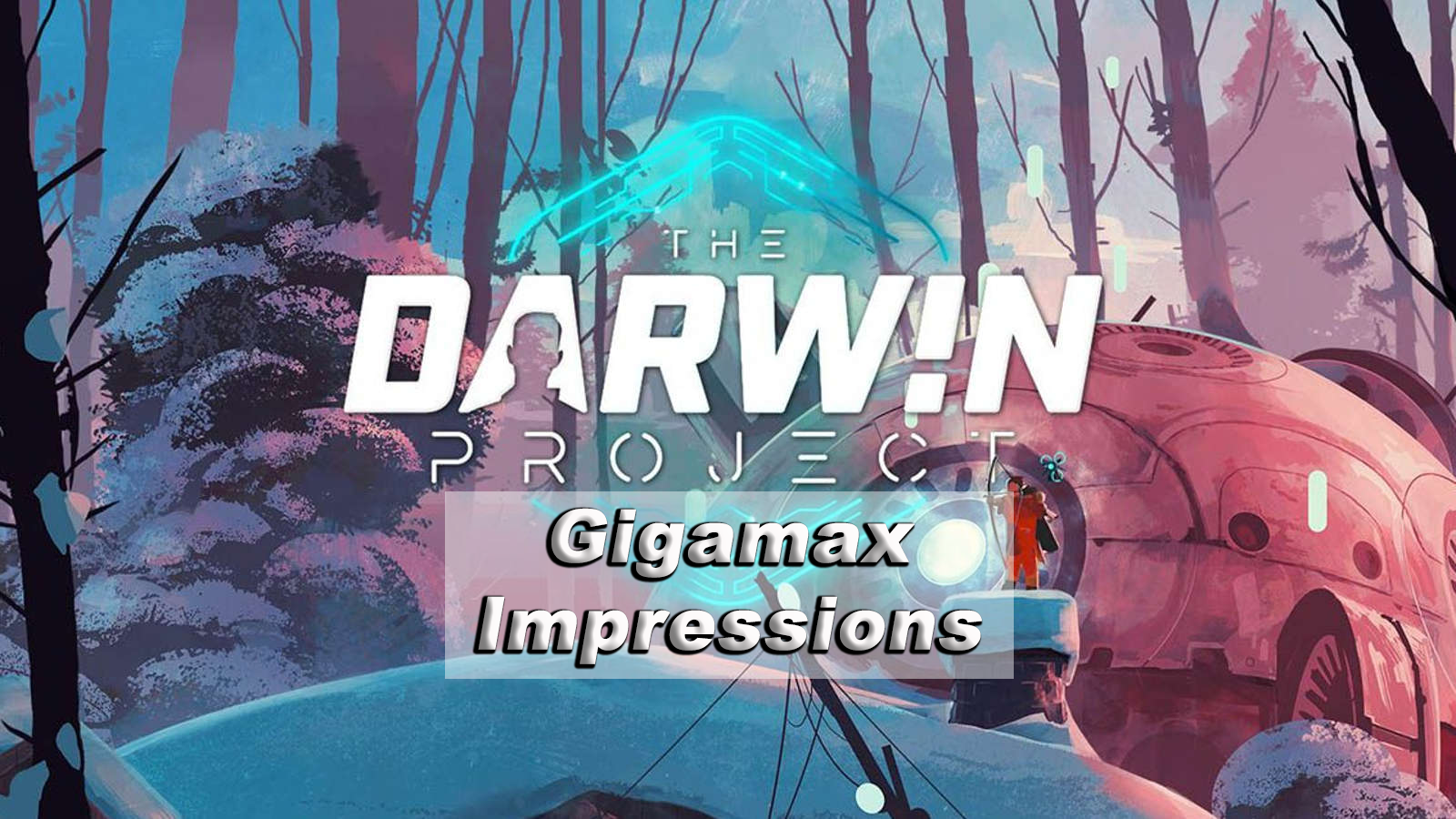 After spending a long chilly night with The Darwin Project, we’ve determined that the future for this new indie survival experience look bright, but there is obviously much work is left to be done. Scavengers Studio was kind enough to send us an Alpha key for their upcoming Battle Royale style game and the small team of 17 has pulled off quite an impressive feat. They have managed to build an original experience in a genre that seemed doomed to 100 player rounds on massive islands. This was achieved through focusing on the survival and crafting features that are often times ignored in this style of game. Could The Darwin Project be the title that steers the genre in a new direction? 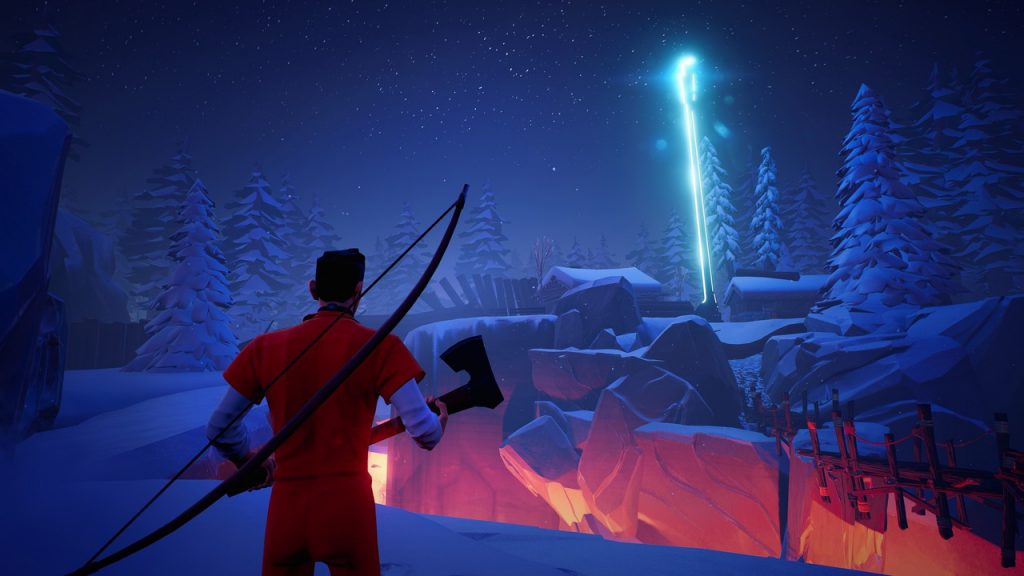 From the start, this game is a much more contained experience. Seven competitors enter the ring to fight for their lives in a very “Hunger Games” like situation. Much like PUBG and Fortnite, players are dropped into a lobby that allows those participating some time to converse and get a feel for the competition while also given full freedom to hit each other with axes and arrows. After the countdown is up those competing are dropped into a ring that is made up of seven hexagons each representing a zone. Players are spawned in on their own portion of the map (hexagon) and the games begin. Right off the bat players will realize that to survive the harsh frozen climate, they will need a fire. This is where The Darwin Project distinguishes itself from the main players in the genre. 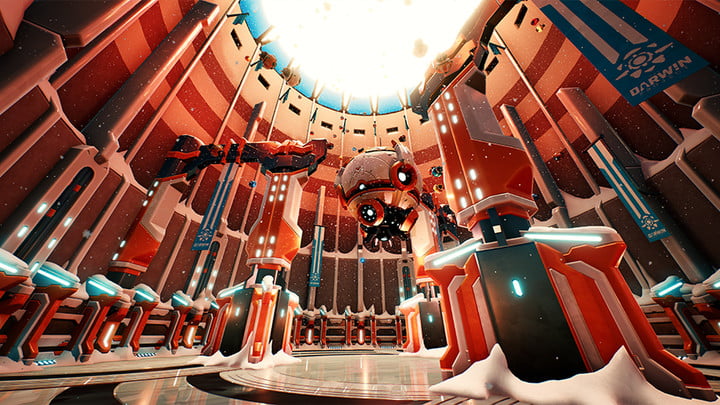 It’s All About Survival

Survival is at the forefront of this experience and if ignored, you can never hope to see the end of a match. As of now, chopping down wood and tearing apart leather sofas is the primary means of collecting resources. These actions result in materials that can be fashioned into a variety of tools that can be used to get ahead of the competition. Craftables include axe/bow upgrades, jackets to prevent freezing to death, speed improvements, and a variety of “tech” that needs the elusive electronic resources. These bizarre future upgrades can be made by collecting a piece of technology that randomly spawns around the map at various times throughout the match. The only catch to this is players are all made aware of the spawn location turning the hunt into a race, for this game-changing resource. Some examples of tools that can be fashioned out of this equipment are turrets, over shields, and teleporters.

Currently, the survival aspect is very fun but needs to be fleshed out more and while the combat can be exciting it feels a little too quick and sporadic for the slow and steady nature of the hunting and gathering you do before engaging an opponent. Luckily survival isn’t all that sets this game apart. 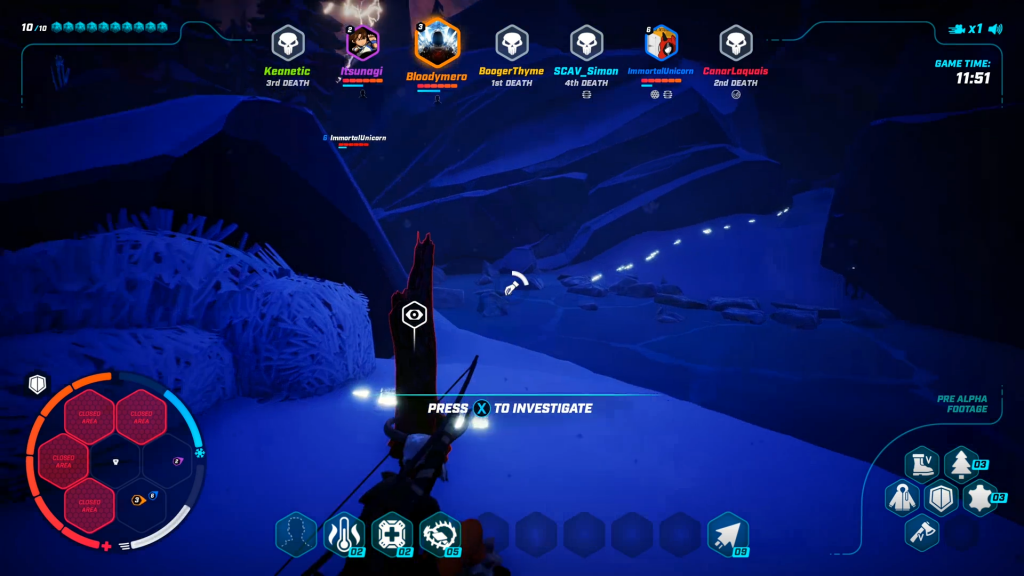 The other major way Scavengers Studio is making The Darwin Project its own idea is through the game’s “Show Director Mode.” The eighth player is not a competitor on the battlefield, but instead a robot that can fly around the arena and cause havoc for the fighters. Some examples of their powers include swapping players positions or dropping bombs that disrupt the action from time to time. Overall, it is a nice twist that is still in its early stages but has a lot of potentials to truly set the game apart and maybe create a new sub-genre.

While The Darwin Project may still be very early in development, its Alpha seemed more fleshed out than most Betas that are released today. The graphics style is original and gameplay has plenty of room to become something great. This indie game has tons of potential and we can’t wait to see how the talented team at Scavengers Studio refines their experience, especially when the Battle Royale genre has grown so stagnant. Gameplay footage Gigamax recorded will be available soon so be sure to keep your eye on GigamaxGames.com for more information on The Darwin Project!