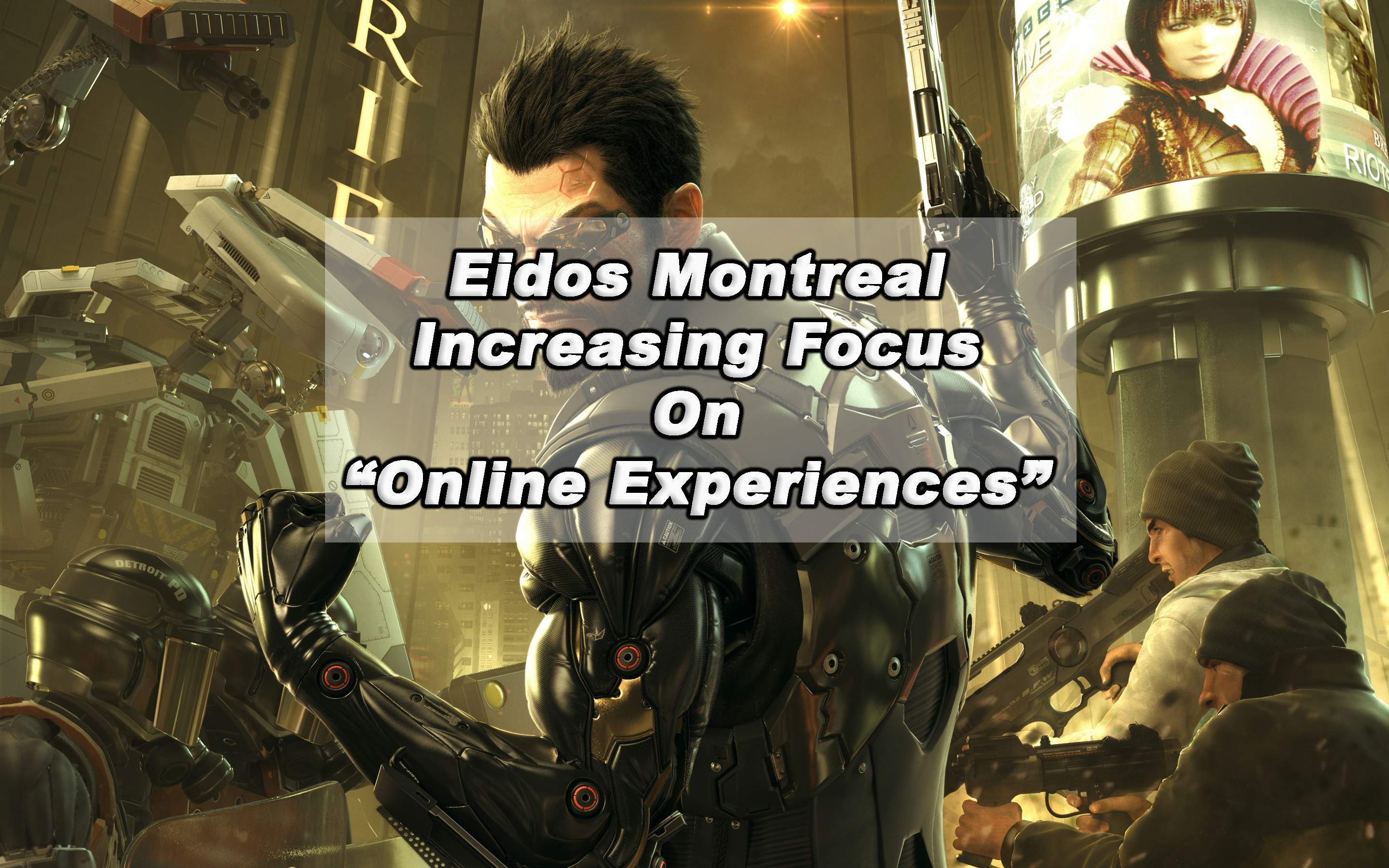 Triple A  developer Eidos Montreal, most well known for its Deus Ex series, confirmed plans to focus on online elements. In a blog post on the developer’s website which was initially reported by the gaming publication IGN, the studio’s head David Anfossi said you can expect an “added emphasis” for online play in the developer’s games going forward to improve the experience overall.

“At Eidos-Montreal, we’re constantly working towards creating innovative and exciting experiences for gamers everywhere,” he explained in his post detailing his plans for the future of the company. “In turn, we are placing an added emphasis on the online experiences in our games, striving to continually provide players with content that is memorable and impactful.” (http://bit.ly/2CWdgOY)

Anfossi continued by saying that online play, through its “inherent interactivity,” presents the studio an opportunity for the games it develops to exist for a longer period of time in the market. This comes as no surprise as the company had previously detailed its plans to approach a “games-as-a-service” approach, where a developer launches a game and overtime supports the experience with new content generally for free with the ability to purchase microtransactions. Anfossi also said Eidos Montreal is currently forming teams and tools to support these goals.

Eidos Montreal recently revealed they are working on the new Tomb Raider game, but they have not offered any details on the title. The studio is also working on a new Marvel Avengers game in partnership with Crystal Dynamics, but even less is known about that other than a short teaser trailer.

Unfortunately for fans of the series, it was reported that Square Enix is putting Deus Ex on hiatus after their last entry, Deus Ex: Mankind Divided because of poor sales figures. Square Enix’s CEO, Yosuke Matsuda, said that the series isn’t going away forever but it is unknown when development will pick it up again.

Eidos Montreal has yet to offer any details on its upcoming projects so little is known about how they plan to approach this new direction. Hopefully, they are able to keep up the strong nature of their single-player campaigns because it is what the studio did so well. Make sure to keep checking back with Gigamax Games for more details on the studio’s future as they become available!