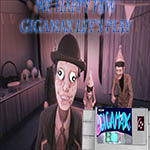 The next big expansion for The Elder Scrolls Online (ESO) will be arriving to the game’s various consoles soon. Bethesda released the first details on the upcoming Dragon Bones DLC pack, which is currently set to arrive next month. Besides introducing two new dungeons, it has a host of other new content for players to explore in the popular MMO.

The meat and bones of the Dragon Bones DLC is the set of dungeons named, Scalecaller Peak and Fang Lair. The developer describes the first as “the burial site of a long-dead Dragon Priest,” which is now filled with cultists who plan to unleash a deadly plague upon the world. The second dungeon is an ancient Dwenmer ruin where an evil mage is attempting to revive an ancient dragon. 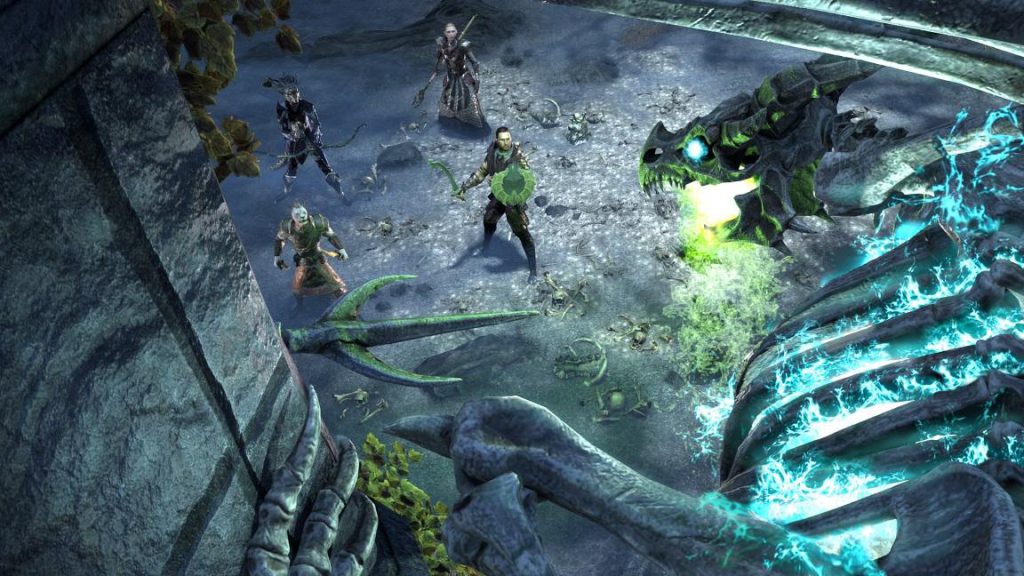 Players will encounter a host of new monsters contained within the two new dungeons, such as “plague-ridden ogres, powerful sorcerers and their undead creations, and even the reanimated bones of an ancient dragon.” Both will be available in ESO’s Normal and Veteran modes. The harder difficulty will also have a new challenging boss fight at the end of each dungeon which only the strongest can vanquish.

On top of the two new dungeons, the Dragon Bones expansion adds a bunch of new items, monster sets, and achievements. One of the new items players can obtain is named Renegade Dragon Priest Mask, which Skyrim players will recognize from the insanely popular RPG and can be earned by simply entering one of the game’s two new dungeons. 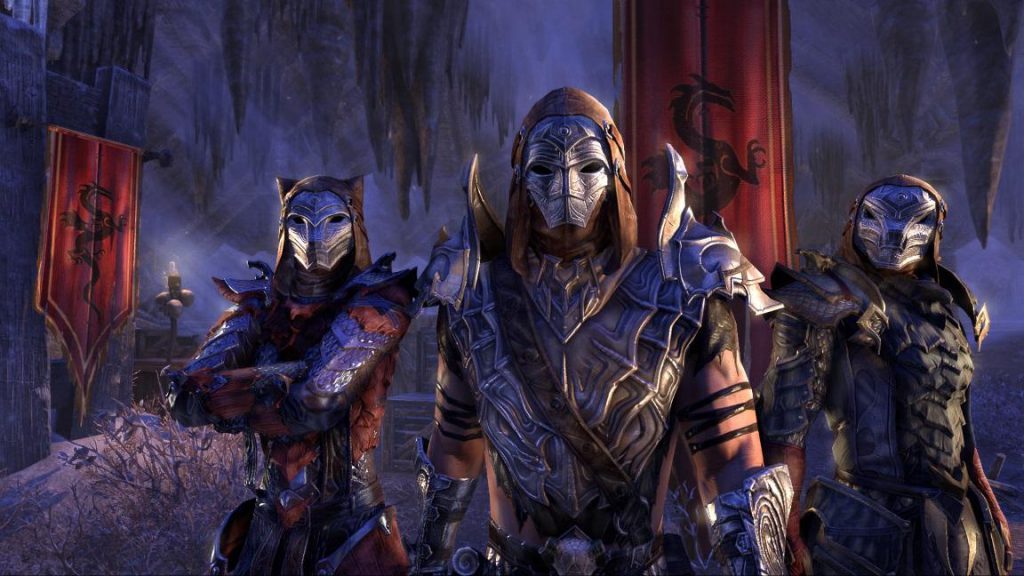 The Dragon Bones expansion will be hitting ESO in February. Like their previous DLC’s, it non-subscribers can purchase it from the in-game Crown Store, while ESO Plus members will be able to play at no additional cost. Along with the update’s release, Bethesda will roll out Elder Scrolls Online’s next patch, known as Update 17, which all players can take advantage of.

Update 17 introduces several new aspects to ESO, which includes the ability to make your home a storage space and a new clothing system that lets players customize the appearance of their individual pieces of equipment. The update also adds two new PvP arenas: Mor Khazgur and Deeping Drome. However in order to play Battlegrounds mode, players will need the latest Morrowind expansion. If you’d like to learn more about the upcoming expansion you can find all the details from Bethesda’s website.