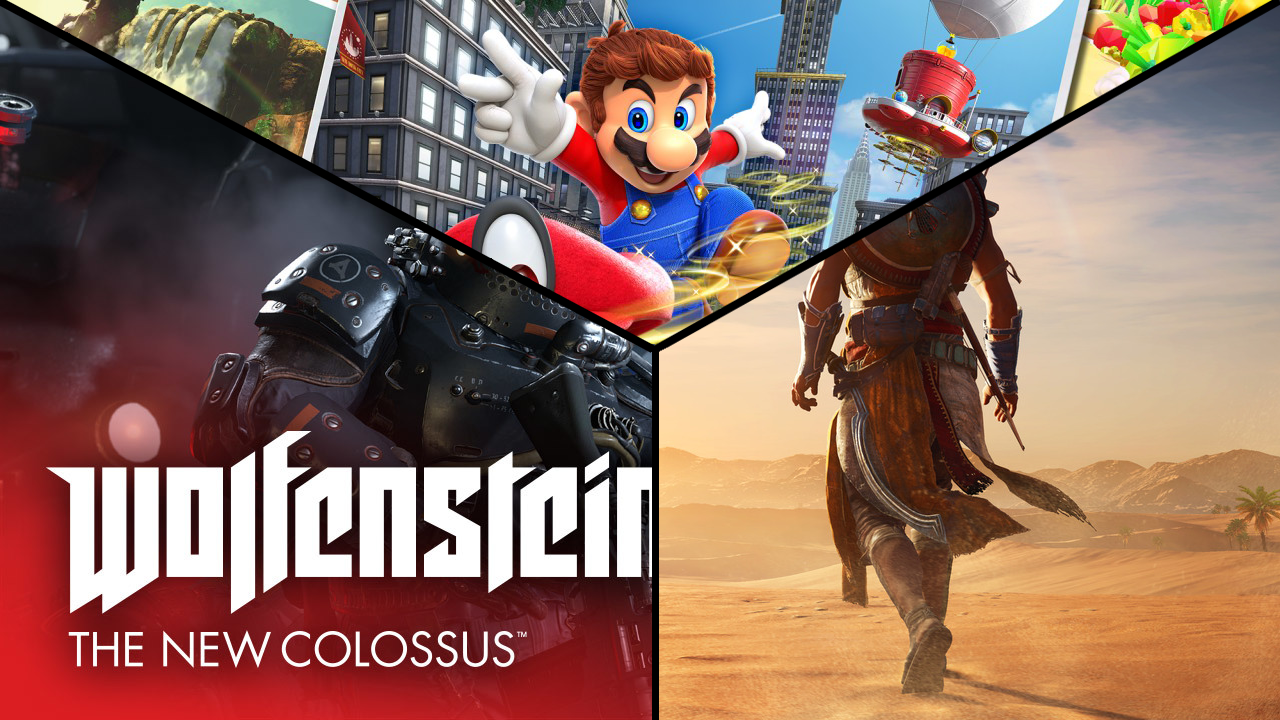 This Friday has a lot in store for gamers. A host of new games will be hitting the market all at once! This may be a problem for wallets around the world, but for those eager to start a new adventure, it’s truly a treat. With such an incredible week of gaming, let’s take a look at the highly anticipated titles releasing just in time for the weekend.

The Assassin’s Creed franchise is known for its inconsistency. One game will come out and blow audiences away and then the next game will be a complete blunder. Assassins Creed 2 and 3 come to mind or Black Flag and Unity. However, this time around, it looks like Ubisoft is heading in the right direction, finally allowing players to experience ancient Egypt. Players will be leaders of the Assassin’s Brotherhood, tasked with uncovering lost tombs and exploring the pyramids. Ubisoft took a different direction with this title, embracing a new RPG style which fits perfectly with the expansive open world.

This franchise has been around for decades and gamers are ecstatic the eleventh installment is nearing release. It will be a sequel to the 2014 game, Wolfenstein: The New Order. Taking a lot of the gameplay style from The New Order but of course, the developers have a lot more to work with in terms of gaming technology. The environments and some elements of the core game will be entirely different. This will truly be a treat for any Wolfenstein fan but has also appealed to newcomers of the series as well. It’ll be interesting to see how this classic franchise fairs in this interesting new gaming market the world currently embracing.

Inside Look Into Wolfenstein II: The New Colossus

Hardcore Nintendo fans probably don’t need to read this brief description of Super Mario Odyssey. People have been shaking from anticipation to get their hands on this completely unique Mario game. Exploring 3D kingdoms with incredibly diverse environments, this will undoubtedly be unlike any Mario game Nintendo has ever released. Sure there have been 3D worlds with Mario before but nothing to this magnitude and fans cannot wait for a chance to play.

Don’t fret, if you won’t be picking all of them up, the Gigamax crew has you covered. This upcoming week Gigamax will be taking a look and offering a preview into each of the new titles. Friday is going to be a busy day for gamers across the country and that’s not a bad thing.

What game are you most excited about? Let us know in the comments!