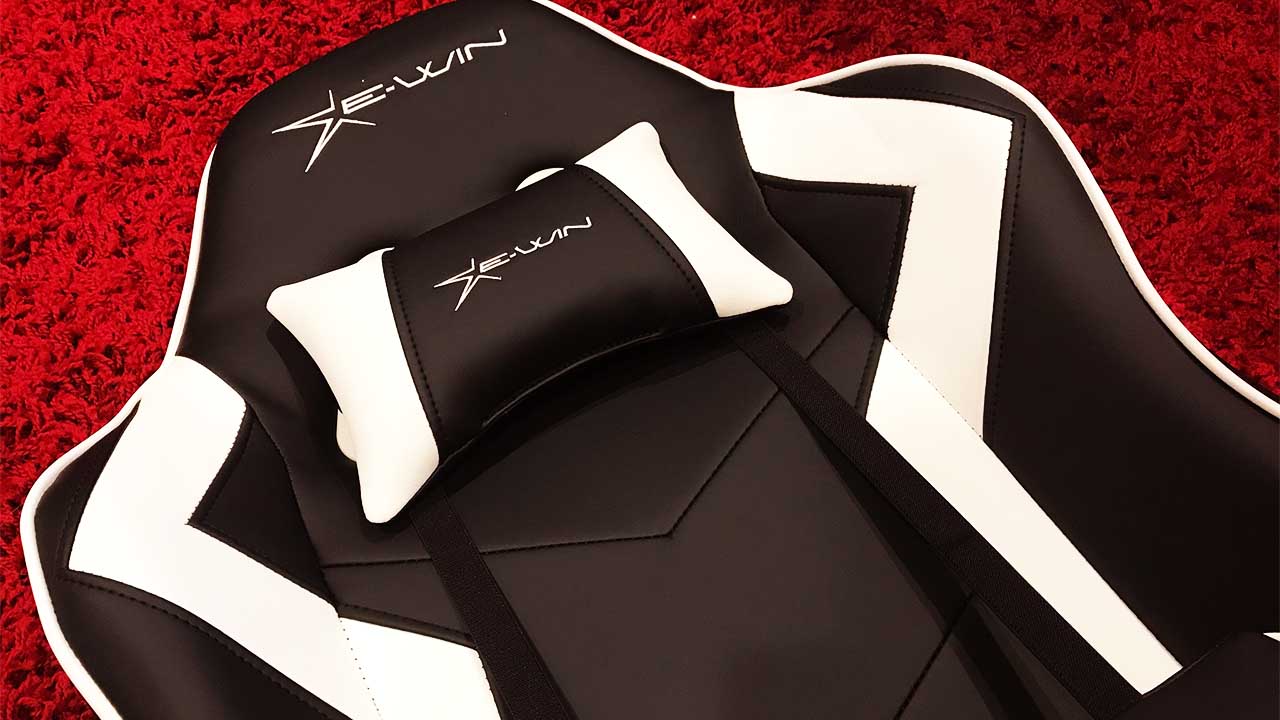 EWinRacing reached back out to us to conduct another review. This time we were taking a look at the EwinRacing Champion Series gaming chairs. There’s a reason why EWin makes so many different kinds of gaming chairs.

My first EWinRacing Gaming Chair, the Knight Series opened up my eyes to the benefits of an ergonomically correct seat. A couch with a bunch of pillows and blankets was always my go-to gaming setup. This led to countless aches, pains, and back/neck issues. Moving from a couch to a gaming chair dramatically changes how a person feels after a long period of sitting and gaming. Pains that you thought would always be there, vanish. In this regard, the Ewin Knight Series and EWin Champion Series were the same. However, they are two very different chairs.

Before I even opened the box, I was excited to put those awesome gloves back on. Assembly of the first EWinRacing chair was a pleasant surprise. Dreaded at first, it soon became clear that EWin takes the time to organize all the individual components and takes the liberty of including an assembly kit. The assembly kit includes everything needed to build the gaming chair.

The gloves, as mentioned above were necessary with the EWin Knight Series. Not only do they help with gripping all the bolts that need to be unscrewed, but there was also a considerable amount of grease on all the bolts. The EWin Champion Series didn’t have nearly as much grease on the bolts. This made for a cleaner assembly process but the bolts were a little more difficult to unscrew and re-screw.

After all the major parts are taken out of the box; seat, back, wheels and base, the Ewin Champion Series comes together like a big puzzle. It seemed like there was even less assembly required compared to the Knight Series. Most of the major pieces were already put together. I just needed to attach the back with the seat, and the seat with the base, and the base with the wheels. There is a fair amount of unscrewing of bolts and then re-tightening of bolts to secure the back to the seat and the seat to the base. Other than that, the assembly was quick and simple.

After the Champion Series was assembled, I took a step back to admire the build. It looked bigger and more robust than the Knight Series. It had a presence. The chair looked like it was too classy to be a seat and instead stood alone as a piece of art in the middle of the room. Soon I came back down to earth and took a seat.

The Champion Series used a series of straps, and two holes positioned at the top of the chair to secure both these cushions. It makes it feel like they were supposed to be there. Having those cushions secured to the chair helped me sit in a more ergonomic and comfortable position, even when leaning back all the way. These cushions can be removed. They are secured using buckles that stretch along the backside of the chair. I’m not a fan of the way it looks. Once you notice them, they’re hard to ignore.

Because of my new gaming setup, there isn’t room to use a gaming chair. I still wanted to sit down in the chair for a considerable amount of time to see how it felt. I turned on IT 2, a three-hour move and started sitting. IT 2 turned out to be a great, horrible scary movie. Not award-winning, but a few good scares and a surprising amount of laughs. What shined was how I felt throughout the movie. I didn’t have one backache. I barely needed to re-position at all. Plus, the decline feature had me watching the movie from nearly a lying position by the end of it.

Right after the movie ended I began playing Animal Crossing: New Horizons on my Switch. Instead of using the dock, I played mobile. This was to test out the different features of the armrests. These armrests can move up and down, slide in and out, and twist. There are so many different variations that I tried all kinds of armrest positions while playing Switch. I kept saying to myself “this is the best possible position for mobile gaming” then making a slight adjustment and repeating those same words over and over again. It came down to my back wasn’t hurting and I could shift my arms into any comfortable position and have the armrests follow. It also helped that even though the armrests look like solid plastic, they’re lightly cushioned. It’s not a fluffy kind of cushion but a firm material that continues to support your arm without falling into that trap of an overly fluffy pillow. That brings me into the overview of the entire chair.

Comfort is a strange concept. When I think of comfort, I think about a fluffy bed, a big pillowy comforter, and a ridiculous amount of soft pillows. If I was stuck to that idea of comfort, neither the Ewin Knight Series nor the Champion Series would be considered comfortable. My idea of comfort changed after I sat in my first gaming chair. This new way of looking at comfort was confirmed once again after I sat in the Champion Series.

The EWin Champion Series gaming chair offers professional level of comfort. It keeps your back aligned, gives you a platform to rest your arms, and the firm cushions ensure you don’t sink into the chair which would ruin your back alignment. I wasn’t able to test the wheels out on carpet since my entire house is laminate flooring but it hasn’t scratched them. If it uses the same wheels as the Knight Series, they roll exceptionally well on carpet. However, the strapped down headrests, though removable, really break up the sleek lines of the chair. The straps are attached to the cushions so the lumbar pillow really won’t work the same way the Knight Series lumbar worked. The Knight Series allowed you to take that free-floating lumbar support and put it on your knees. This provided a nice armrest when leaning forward and gaming. Overall the EWin Champion Series gaming chair is spectacular. There are few flaws and it does it’s job exceptionally well. It’s easy to assemble, looks great, and is incredibly comfortable.