Ghost of Tsushima What To Expect

Ghost of Tsushima is the last big PS4 release, and it couldn’t have been a more fitting coup de grace. Set on the titular island of Tsushima, the open-world game puts players in the sandals of a samurai named Jin Sakai, who is out to defend his country against the invading Mongols. 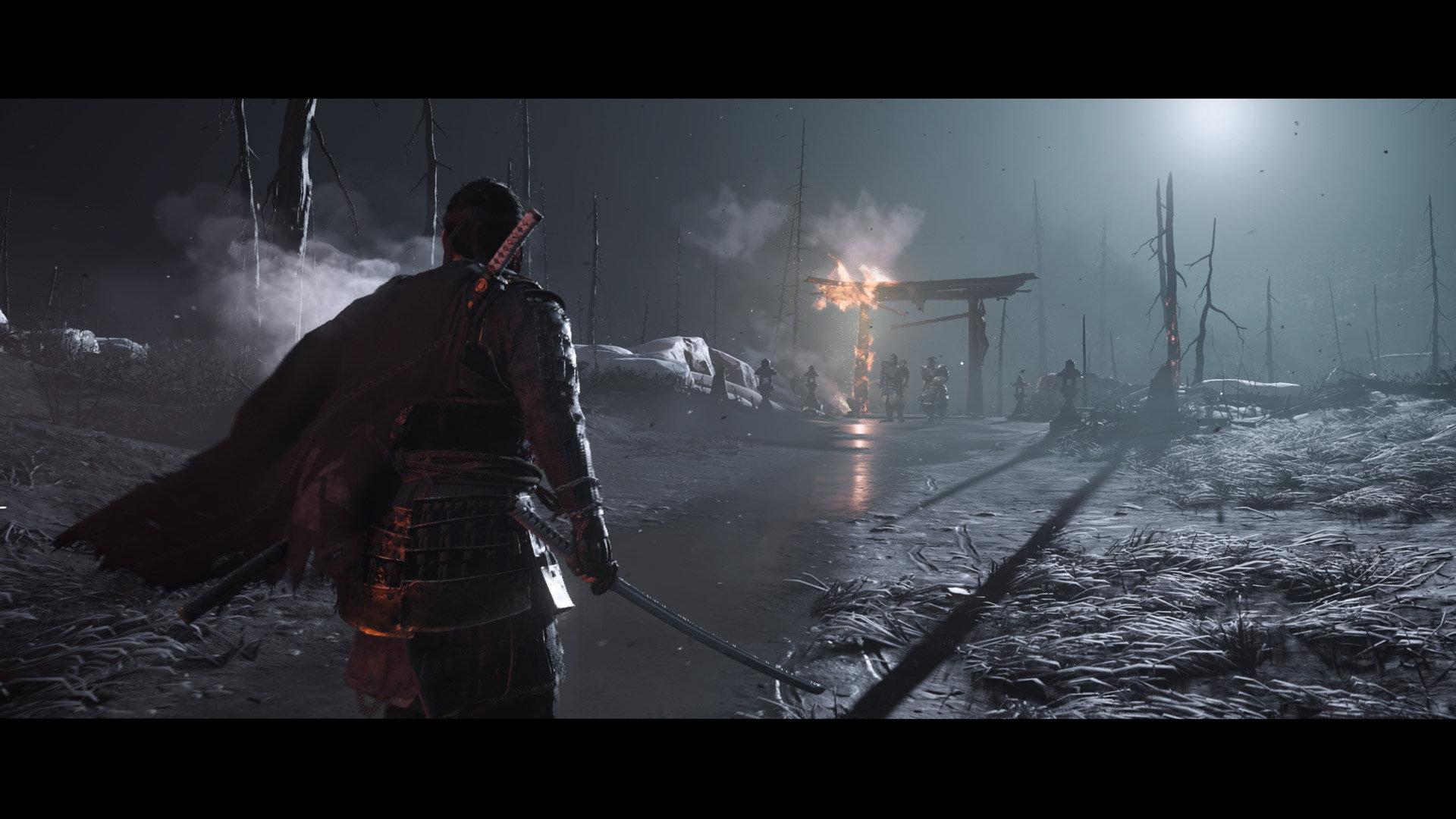 Developers Sucker Punch Productions evolved the superhero games with the Infamous series. Now they’re taking aim at another revered genre. The samurai game has been talked about since 2015, then first revealed at Paris Games Week in 2017 and finally hits the shelves on July 17. The gameplay reveal during last month’s PlayStation’s ‘State of Play’ Livestream, however, has already answered a bunch of questions from the game’s gorgeous setting to its stoic protagonist who can cut down enemies or torment them stealthily.

Here are things you can expect from the Ghost of Tsushima (Hint: A lot of Akira Kurosawa).

Expect to Kill, and Die, A Lot

The samurai films that Ghost of Tsushima pays homage to are a lot closer to the westerns than other sword-fighting movies. The combat thus is similarly quick and deadly. Elaborate sword fights make way for brutal, swift deaths. The sequences in Ghost of Tsushima appear to play out in a parry-and-riposte fashion; quick counterattacks which also double up as one-hit finishers. It looks cool as heck, but don’t expect to mow down gangs of Mongols.

“We are trying to make a grounded game in that sense, so a couple blows from the enemy will kill you,” game director Nate Fox said in an interview. “We absolutely honor the lethality of the sword.”

So while it may not make you pull your hair out (like the other recent samurai game ‘Sekiro: Shadows Die Twice’), Ghost of Tsushima won’t be a walk in a cherry blossom park. Adding further complexity are the different stances to take out different kinds of enemies, and legendary one-on-one duels.

When not besting enemies with your katana, you would be haunting them with a bagful of tricks and mind games as the so-called ‘Ghost’. You can stalk your foes, trigger a time-slowing mechanic and chain assassinations. 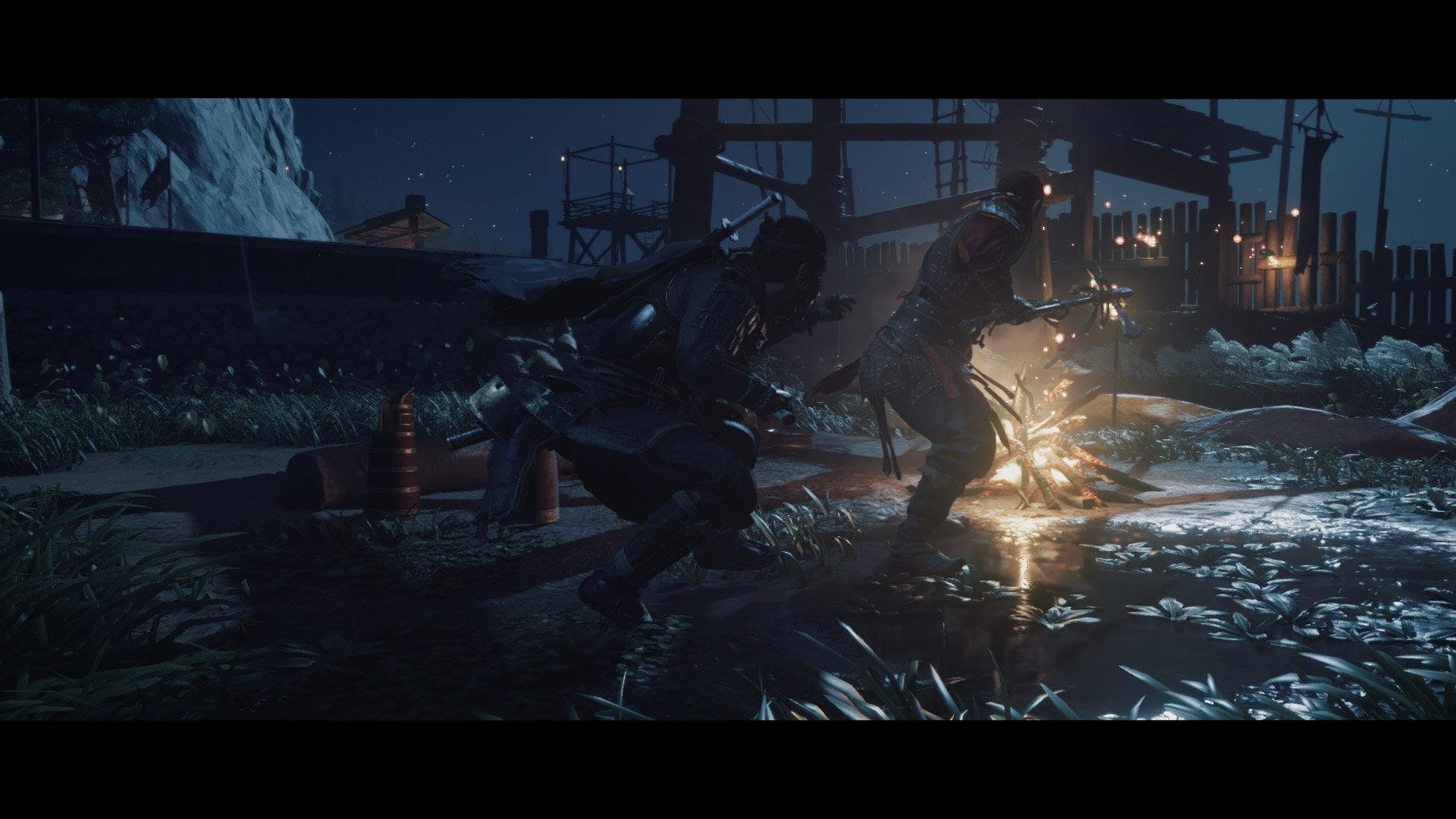 It’s not a binary choice either, so you can switch from the Ghost to Samurai as you please.

Expect to Use The Photo Mode

If controlling the character straight out of a samurai movie isn’t enough, you can make Ghost of Tsushima look like one too. The developers have implemented a black-and-white overlay, unofficially dubbed by fans as the ‘Kurosawa Mode’ — a nod to the Japanese auteur Akira Kurosawa, known for a number of samurai movies.

It isn’t a simple filter either. While it sucks all color out of the game and adds a film grain texture, the mode also makes the audio sound older and the wind louder. It can be turned on from the beginning of the game, and you can opt for the Japanese voice track and English subtitles for the full Kurosawa experience. 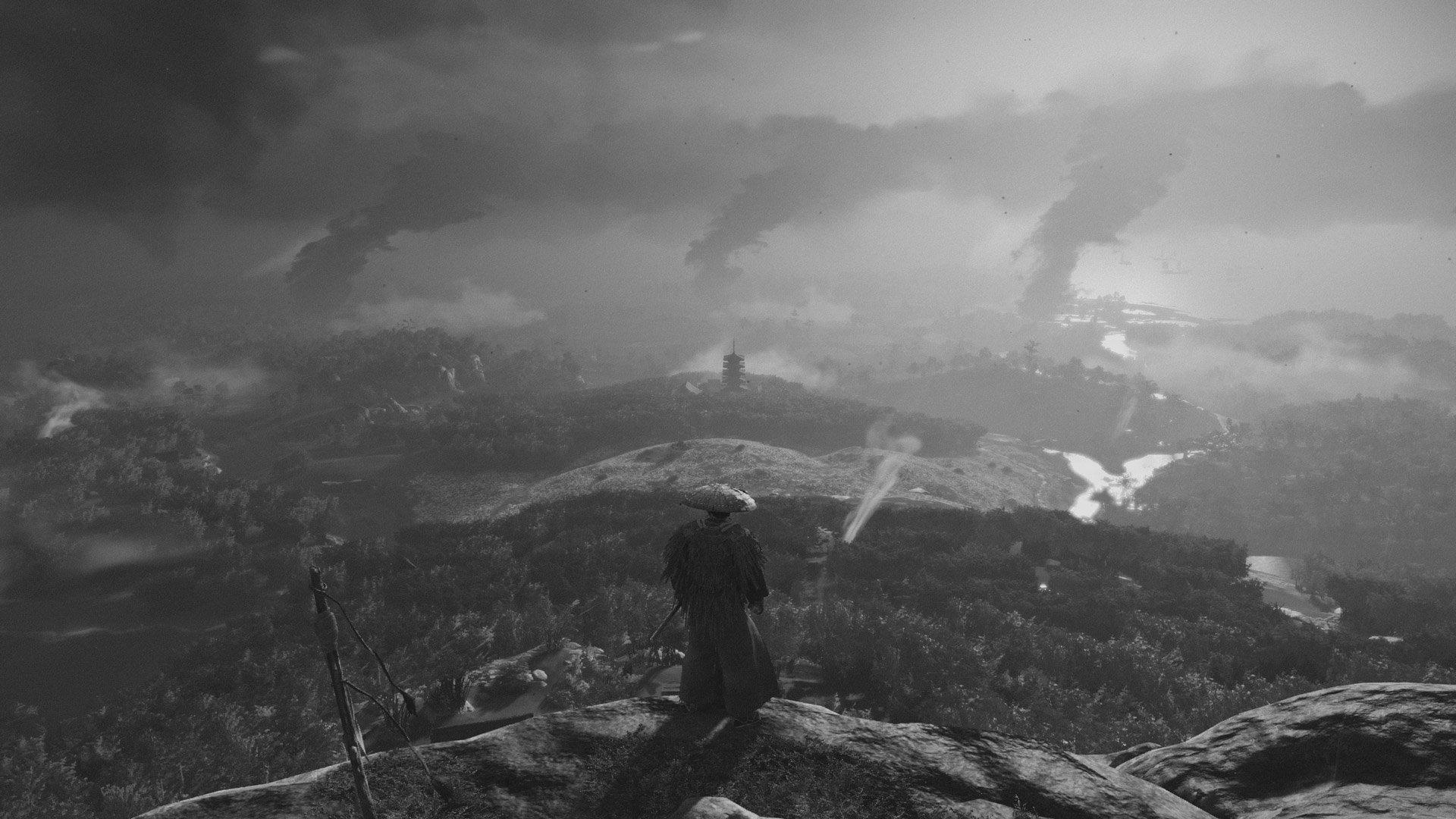 There is also a photo mode which essentially lets you create moving paintings. The regular options like grading filters, camera position and depth of field are all there, but Ghost of Tsushima’s photo mode stands out because of its ability to produce cinematic vignettes. You can add a soundtrack to your ‘photos’, decide the speed and direction of the wind and choose which particles blow around Jin, from shimmering blades of glass to swirling pink petals.

Expect to Chase Wind and Wildlife

When you’re playing a game this cinematic, HUD, UI elements and waypoints can only be hideous intrusions. Ghost of Tsushima does away with the usual clutter with a clever trick. One press of the button results in the shifting of the wind, and you follow its direction to find your way to the next objective.

It also serves as another reference to the Kurosawa films, which had the motion of the wind as a regular narrative device. But the wind fits thematically because of the historical context. It was a storm, called kamikaze or ‘divine wind’, that twice saved Japan from Mongolian attacks. 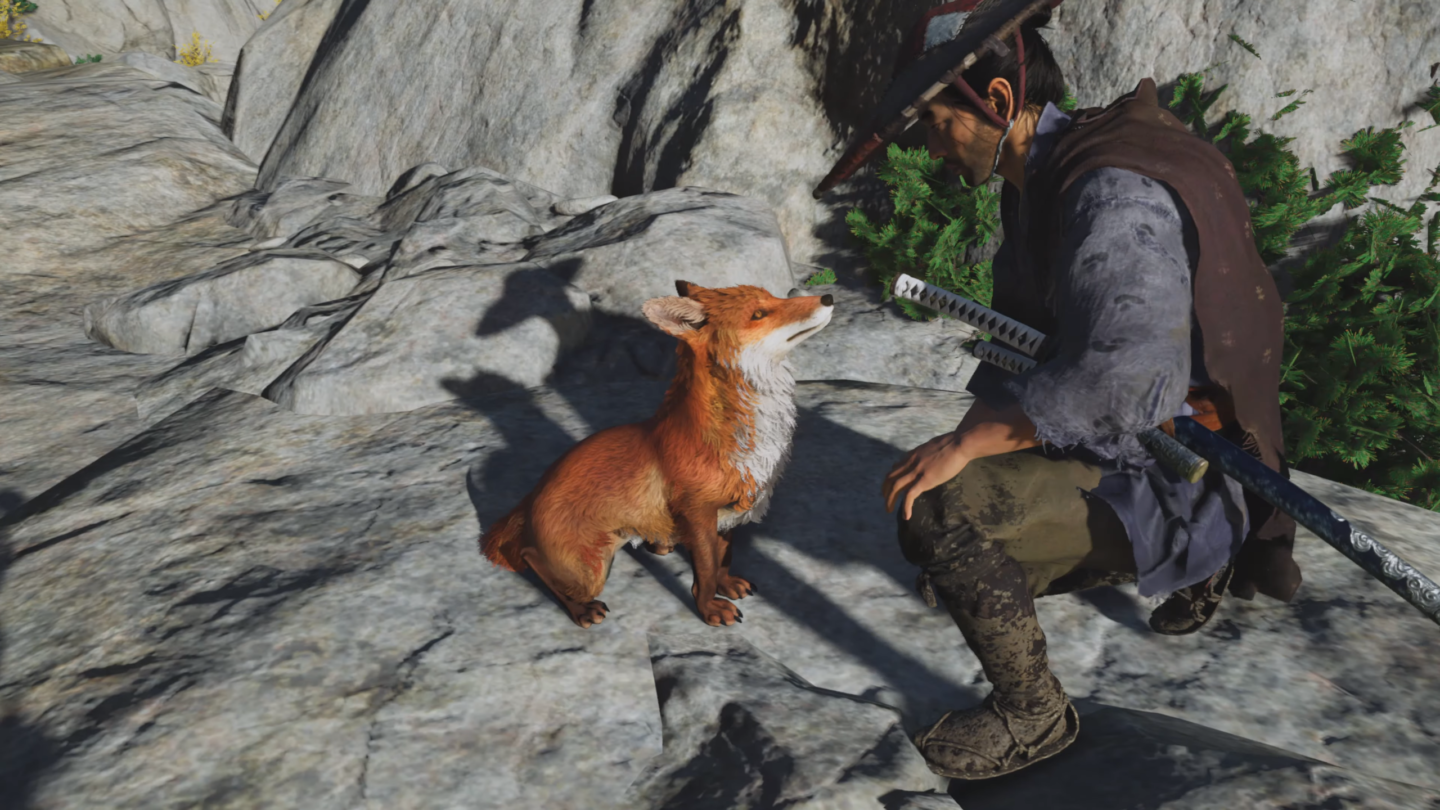 You’ll be chasing animals too. Unlike other open-world games where wildlife is present to be hunted and looted, animals (like cute foxes) in Ghost of Tsushima are immersive waypoints which will guide Jin to points of interest. There’s good news for the bloodthirsty gamers too. The game also features predators which, yes, you guessed it, can be hunted and looted.

Expect to Sink In Hours.

Points of interest you’d be led to include the honor shrines, where you can increase the number of slots Jin has. Organic exploration means fewer random loot drops and actual groundwork for you to do. You can obtain game-changing weapons, upgradeable armor sets, abilities, and charms to complement your playstyle of choice.

There will be side-characters with their own journeys, and you will aid them as you aid your homeland of Japan, fighting off a Mongolian invasion. Story details have been scarce. But if the Kurosawa inspiration is anything to go by, expect a riveting journey of Jin’s personal growth and redemption, taking place through landscapes of orchid-laden hills and forests with winding roads. 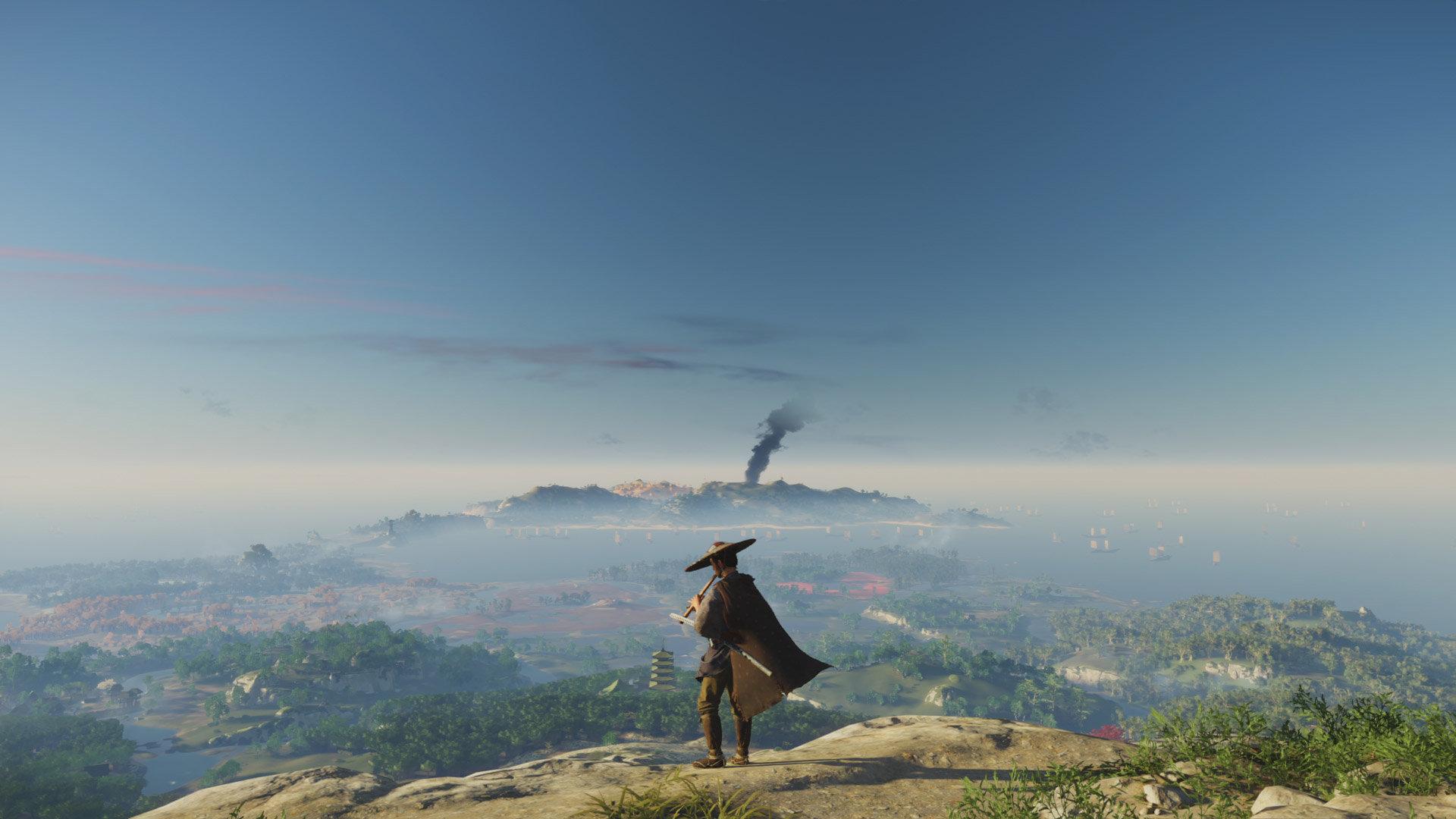 Want some more? You can whip out a flute and play a tune whenever you want.

In Short, Expect to Be A Samurai 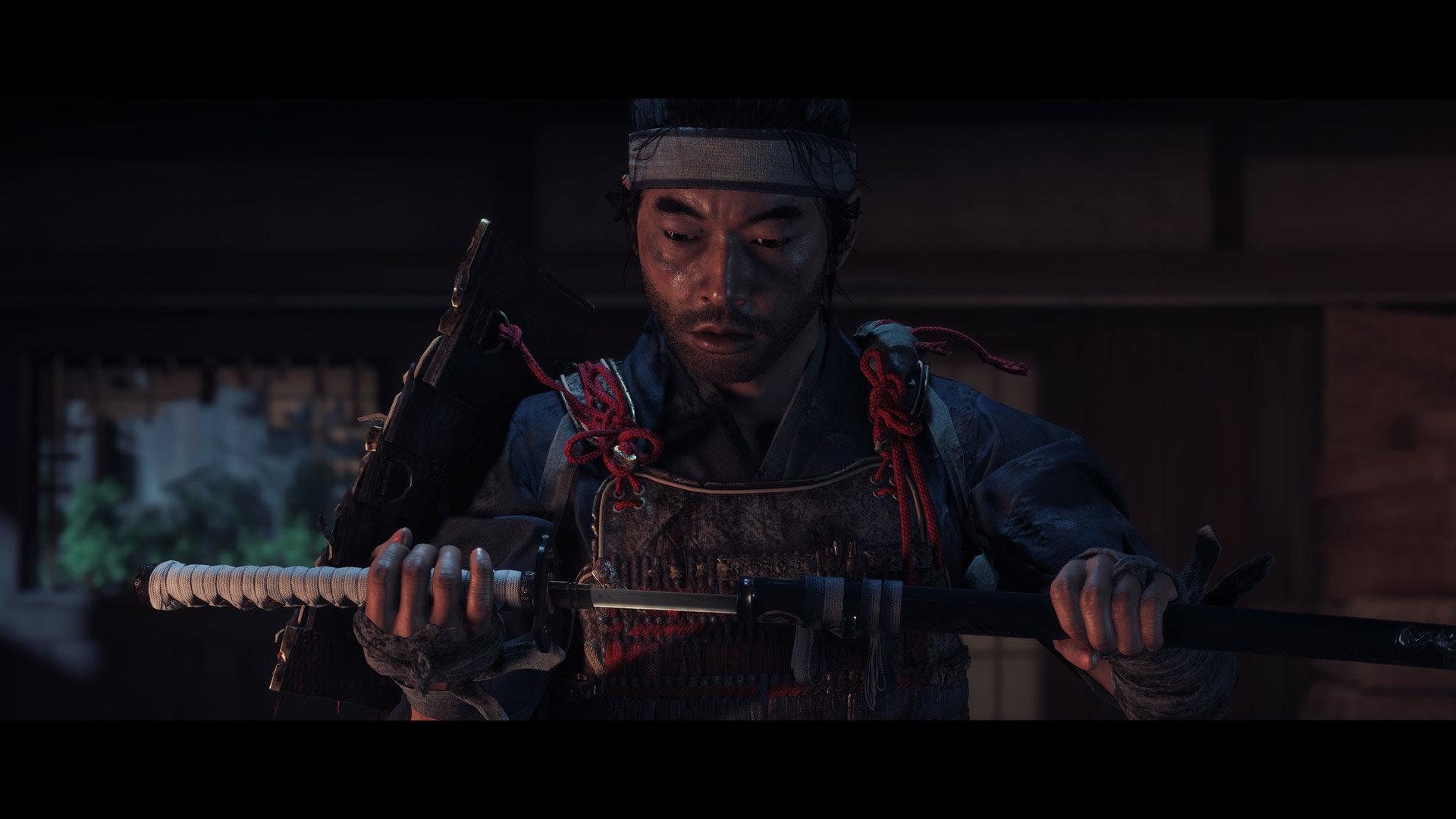 But the painstaking attention to detail with which the developers have recreated a Japan circa 1274 is raising hopes. They consulted historical sword-fighting gurus for the combat and Japanese cultural experts (on religion, costume, motion, etc.) to ensure accuracy.

Most promising is the inspiration behind the game. Along with its idyllic scenery, a living, breathing island, and the quirky combat and settings, Ghost of Tsushima might be the first game to play out like a Kurosawa film.

‘Mud, Blood, and Steel’ might be the catchy tagline for the game, but expect all three as you become a samurai in feudal Japan.