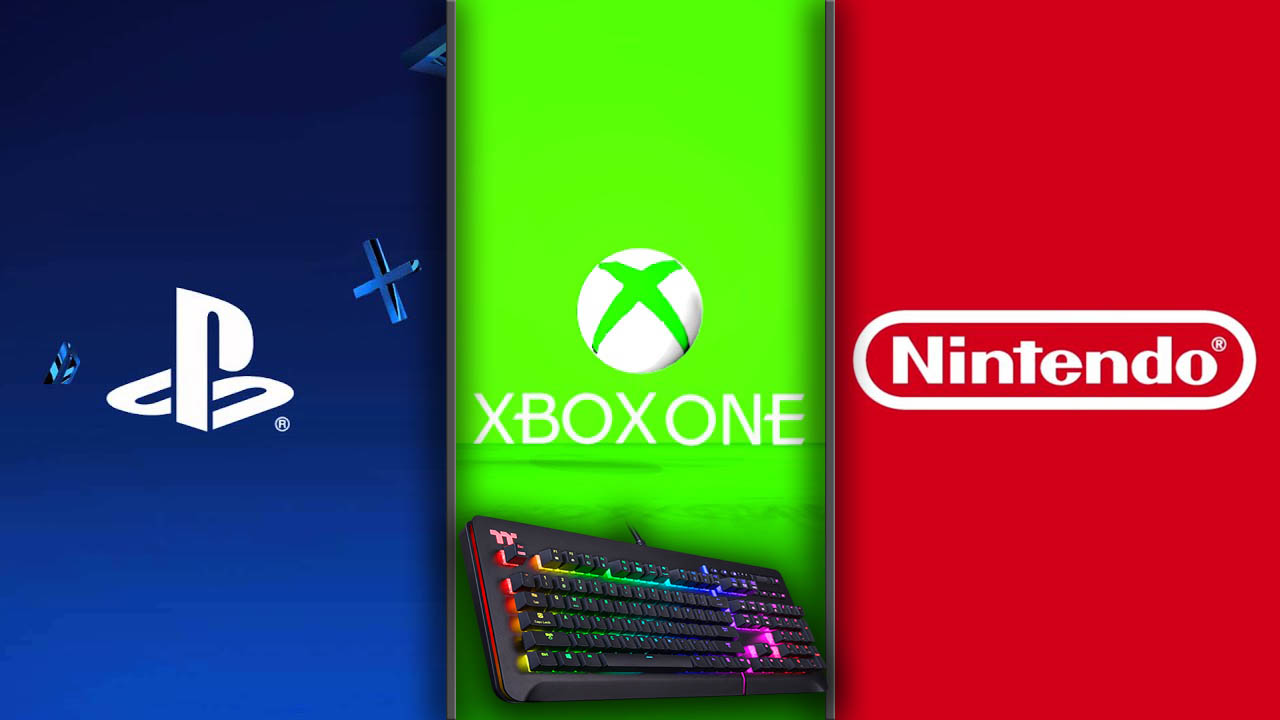 Stay up to date with all the video games releasing in 2020. Check back every month to find the latest video game releases over the course of the new year.

It’s almost the 20’s but instead of using silent movies like in the 1920’s for entertainment, a majority of the world will be playing video games. After an impressive year of video game releases in 2019, the new year looks as though it’ll be just as exciting. Titles like Cyberpunk 2077, Last of Us: Part 2, Final Fantasy VII Remake, plus countless others the world doesn’t even know about are coming.

Video game releases with an * in front of their name are Gigamax Games top picks.

The start of 2020 is bringing along a few interesting titles. Both Monster Hunter World: Iceborne (PC) and Dragon Ball Z: Kakarot have the Gigamax Games crew excited. However, Mega Man and The Walking Dead fans have their own games to look forward to playing. Since it’s only the start of 2020, releases will be slow at first. As the new year continues, gamers can expect a slew of incredible, highly anticipated video games making their way to the community. 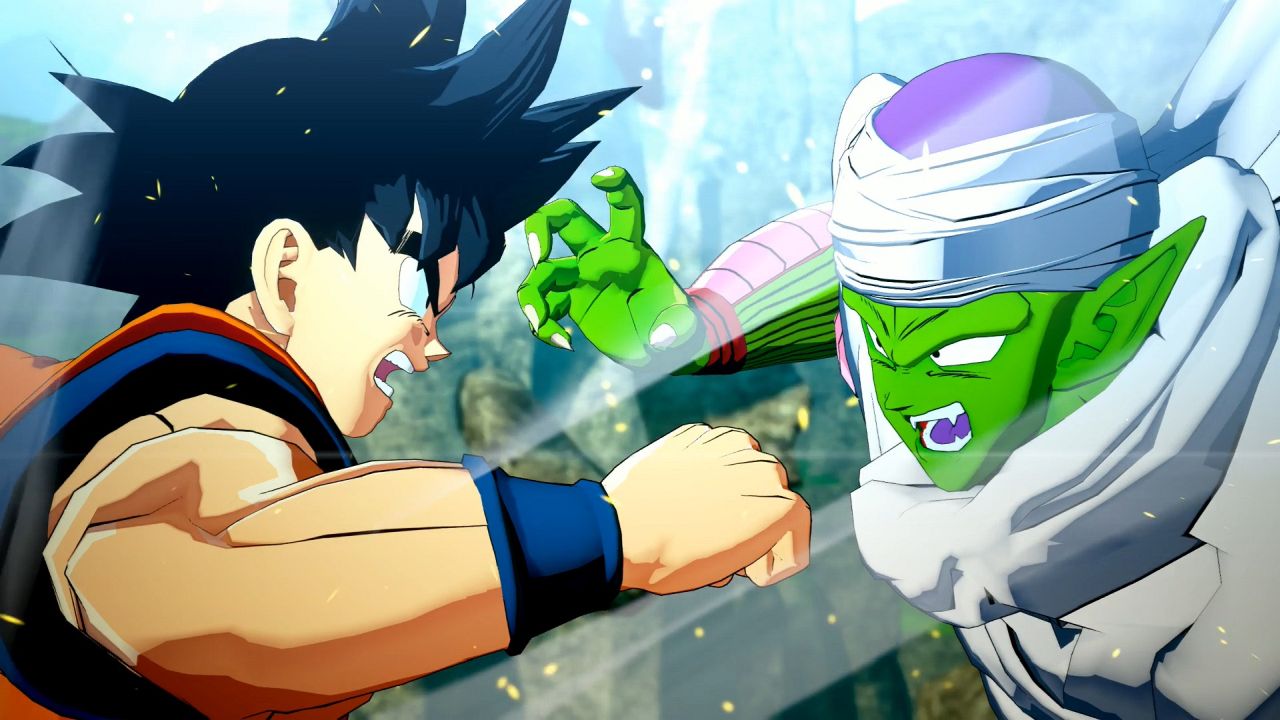 February brings along some exciting titles. The first half of 2020 is starting to heat up a bit. With Yakuza 5 becoming available on PS4 in the USA, Ori and the Will of the Wisps making an appearance on PC and Xbox One, and One Punch Man: A Hero Nobody Knows releasing on all major consoles except Switch, nearly every kind of gamer has a title that could catch their eye. There’s even a VR game that might be interesting. Who hasn’t wanted to be Iron Man? 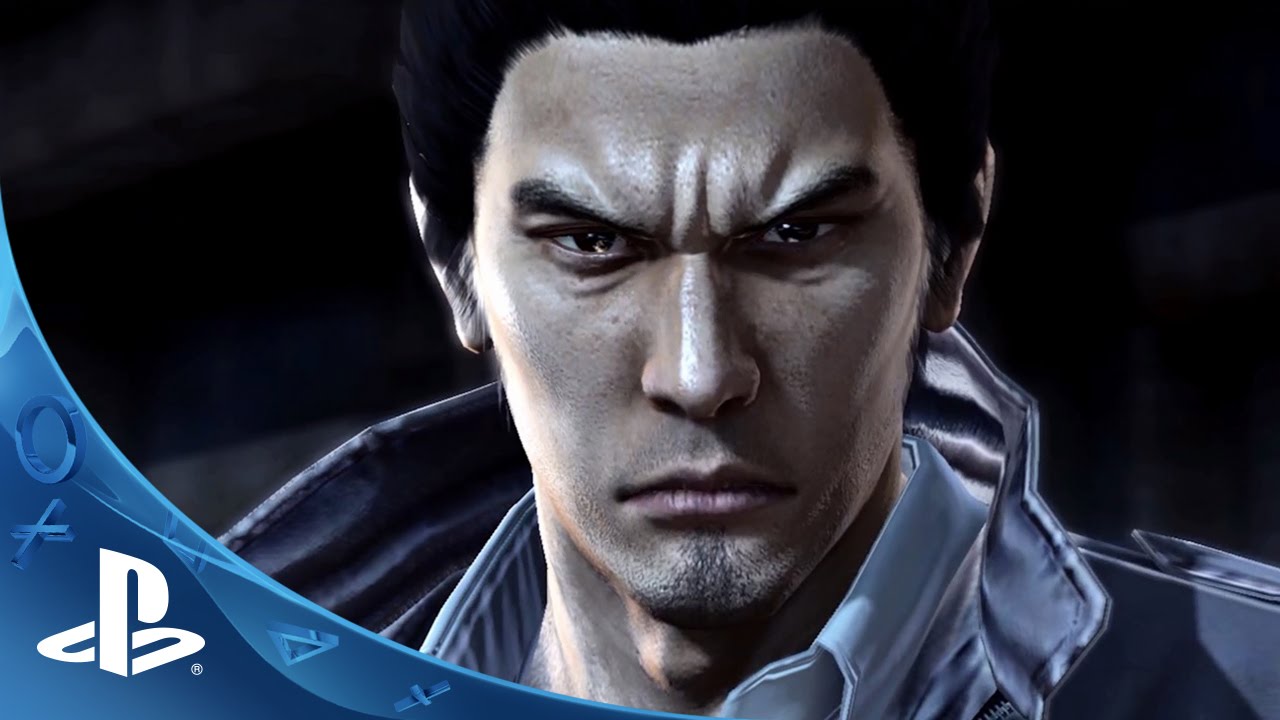 March brings gamers a highly diverse selection of knockout video game releases. From The Outer Worlds on Nintendo Switch to the serene Animal Crossing Switch New Horizons, there is going to be a title for anyone. 2020 is a year stacked with exciting video game developments. New consoles, revolutionary technology, and massively anticipated games are all on the schedule. Find the March 2020 video game releases, below.

After a densely packed month of video game releases in March, April does not disappoint. This month rains down a concentrated list of potential hits. Games people have been itching to get their hands on like Final Fantasy 7 Remake, Predator: Hunting Grounds, and Totally Reliable Delivery Service are ready to grace the world with their presence. Fallout 76: Wastelanders Expansion will also be released and it’ll be entertaining to watch that dumpster fire burn. 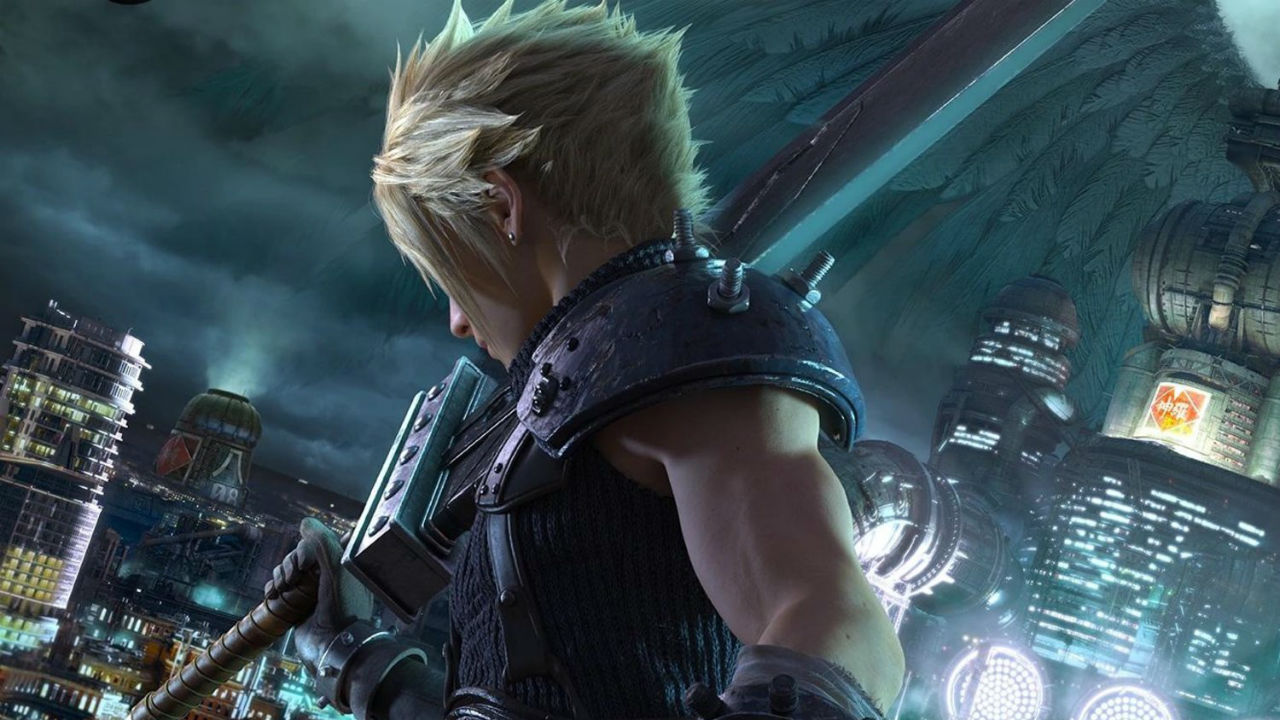 Any game released in May is going to be overshadowed by The Last of Us 2. Marvel’s Iron Man VR is an exciting thought but PSVR games have a tendency to be quite shallow. The Last of Us 2 was supposed to be available to fans at PAX East back in February, but Coronavirus fears forced Sony to cancel. The Last of US fans have been waiting for Part 2 since the moment they completed the original. Now, on May 29, they will have their chance to pick up where they left off.

May Update: It’s with a heavy heart we report that The Last of Us 2 has been put on hold. COVID-19 delayed the game and the publisher and developer are unsure when it will be available for purchase. Continue to check Video Game Releases 2020: Month by Month for the latest updates. 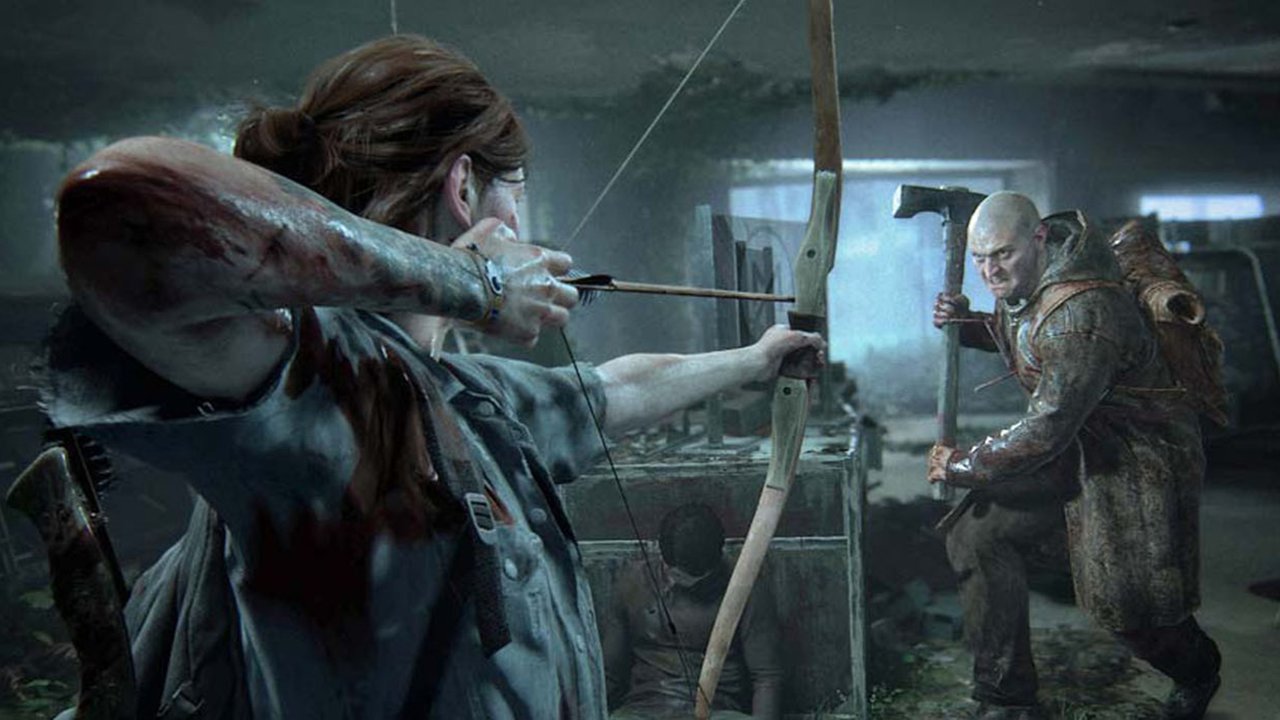 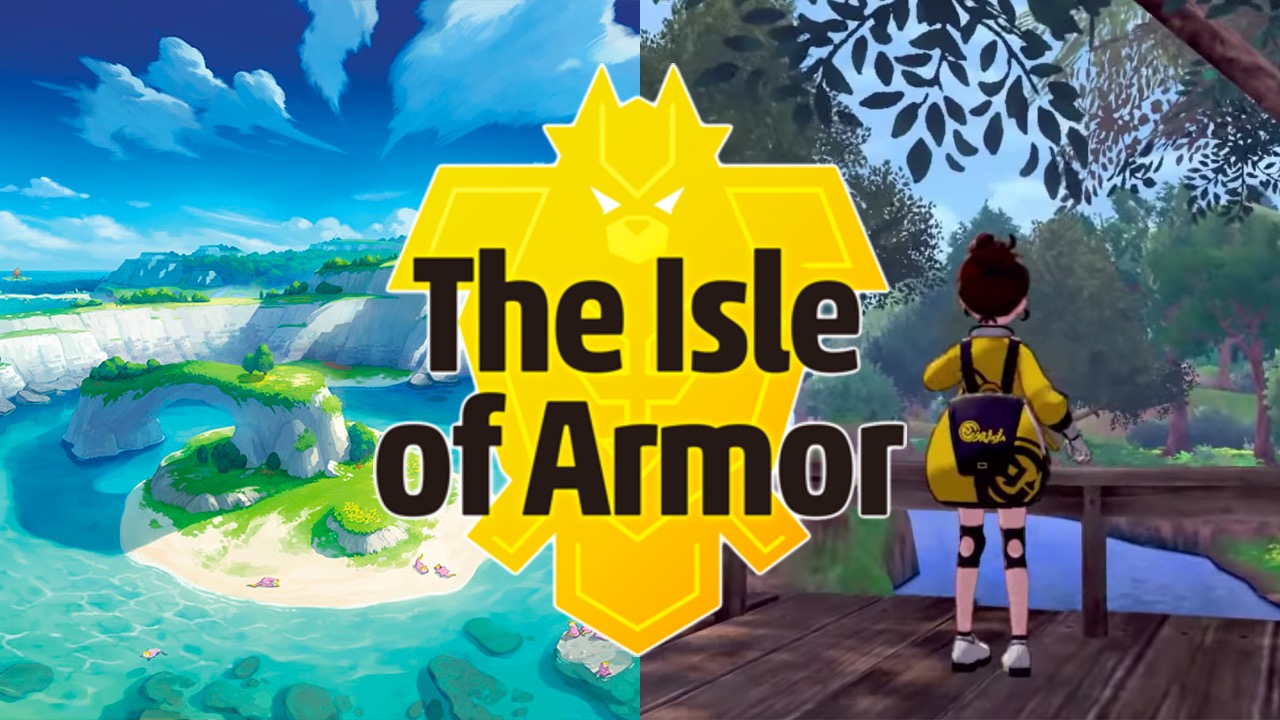 June is a slower month and delays are possible due to lingering COVID-19 disruptions. The month isn’t packed with new releases but it is still offering some high-quality titles. The Elder Scrolls Online: Greymoor is yet another highly anticipated DLC making its way to ESO online. Pokemon Sword and Shield is expected to receive its expansion sometime in June, however as of now, there is no official release date. Gamers on Switch will be able to pick up The Outer Worlds and PC gamers will be able to play Death Stranding at the beginning of the month. Keep checking back as these lists are updated and will continue to change over time. 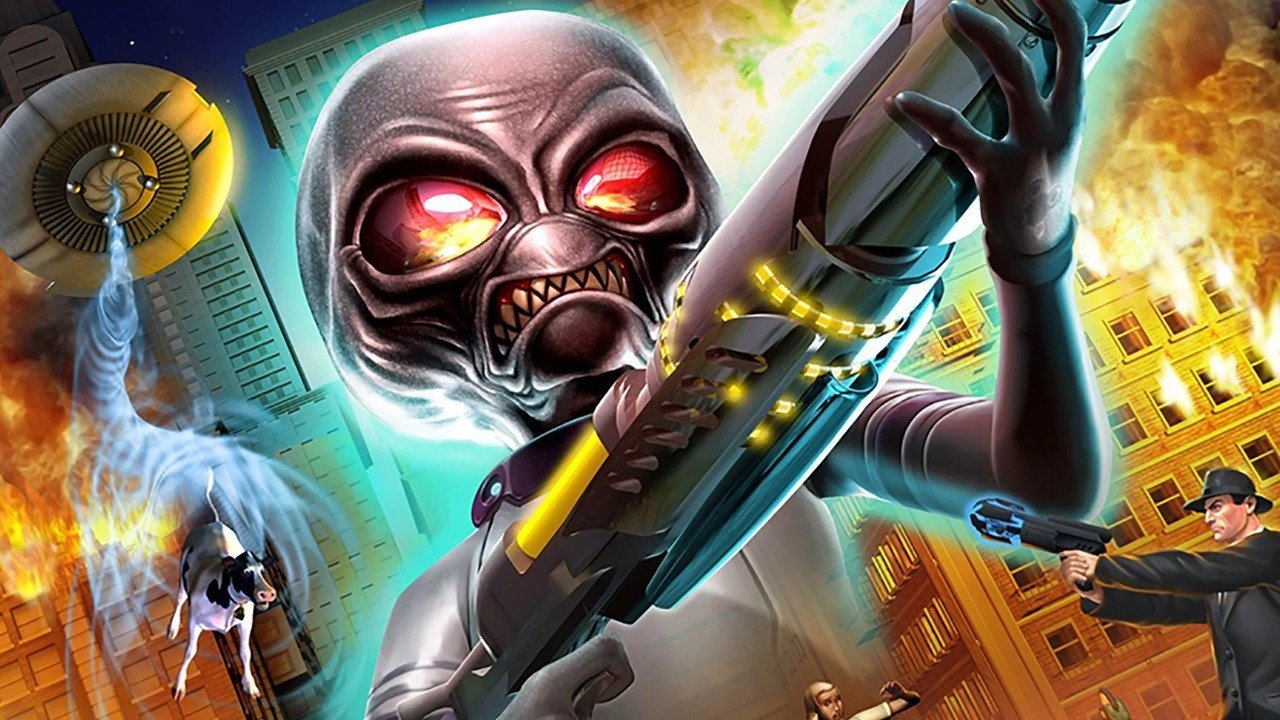 Ghost of Tsushima was one of the games that had its release date pushed back due to the COVID-19 pandemic. Sony announced the new release dates for Ghost of Tsushima and The Last of Us Part II in April. Destroy All Humans! will also be making an appearance this month! This nostalgic blast from the past is sure to excite old fans and be a welcomed surprise for newcomers. 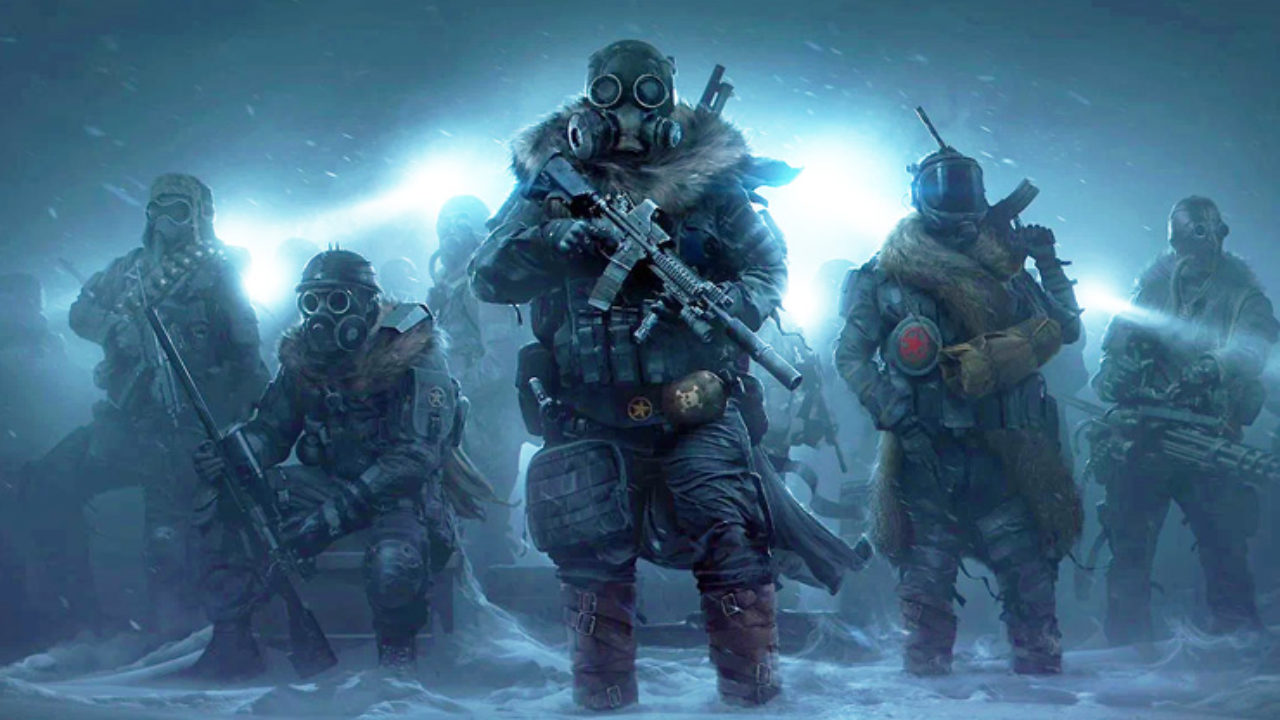 August doesn’t bring any massively anticipated titles like September is expected to drop. However, some quality titles are making their way into gamers’ hands. Insurgency: Sandstrom and Wasteland 3 both look like quality sequels. Mafia fans will be excited to find out the Definitive Edition will be available for PC. Overall, it’s a pretty quiet month. This is the calm before the storm. August will be a good month to save some money for a heart-stopping September lineup. 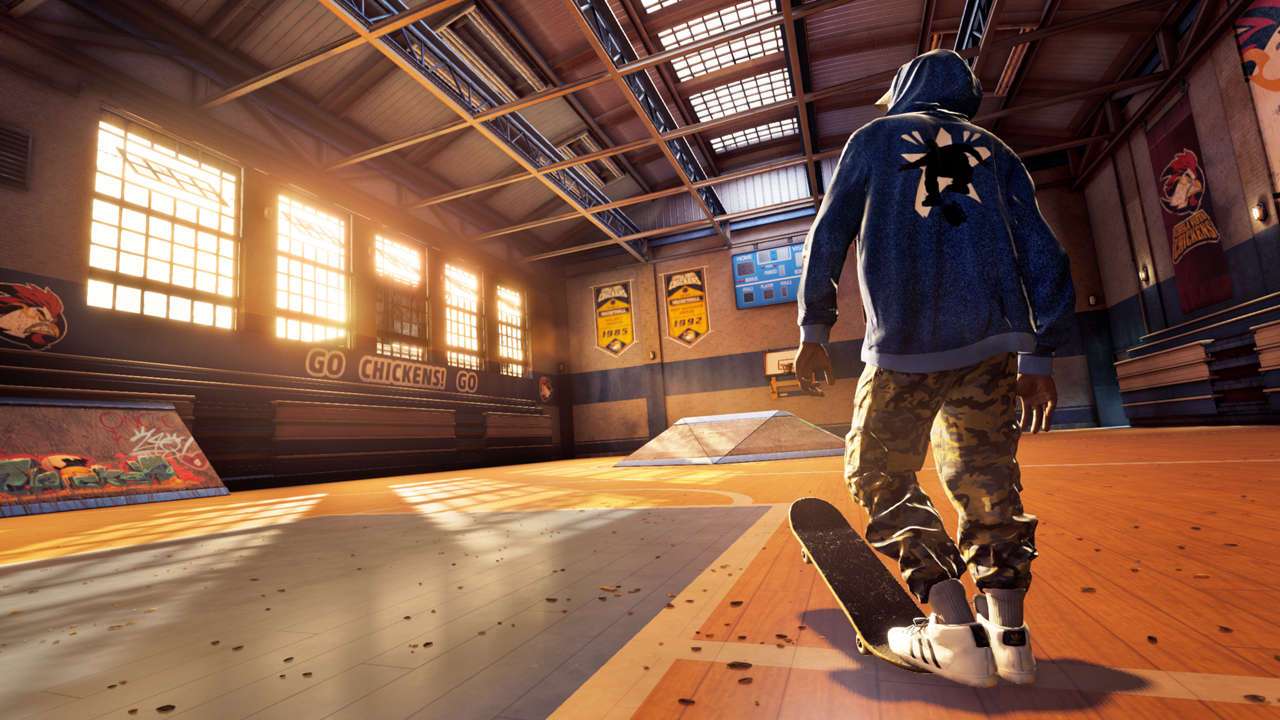 The past couple of months have had a few massive titles drop, like Ghost of Tsushima and the Pokemon expansions. Even with these big names, the number of game releases has been low thanks to COVID-19 and the natural flow of the gaming industry. September changes it all up. A bunch of games will be releasing this September and they include a few wildly anticipated ones as well. 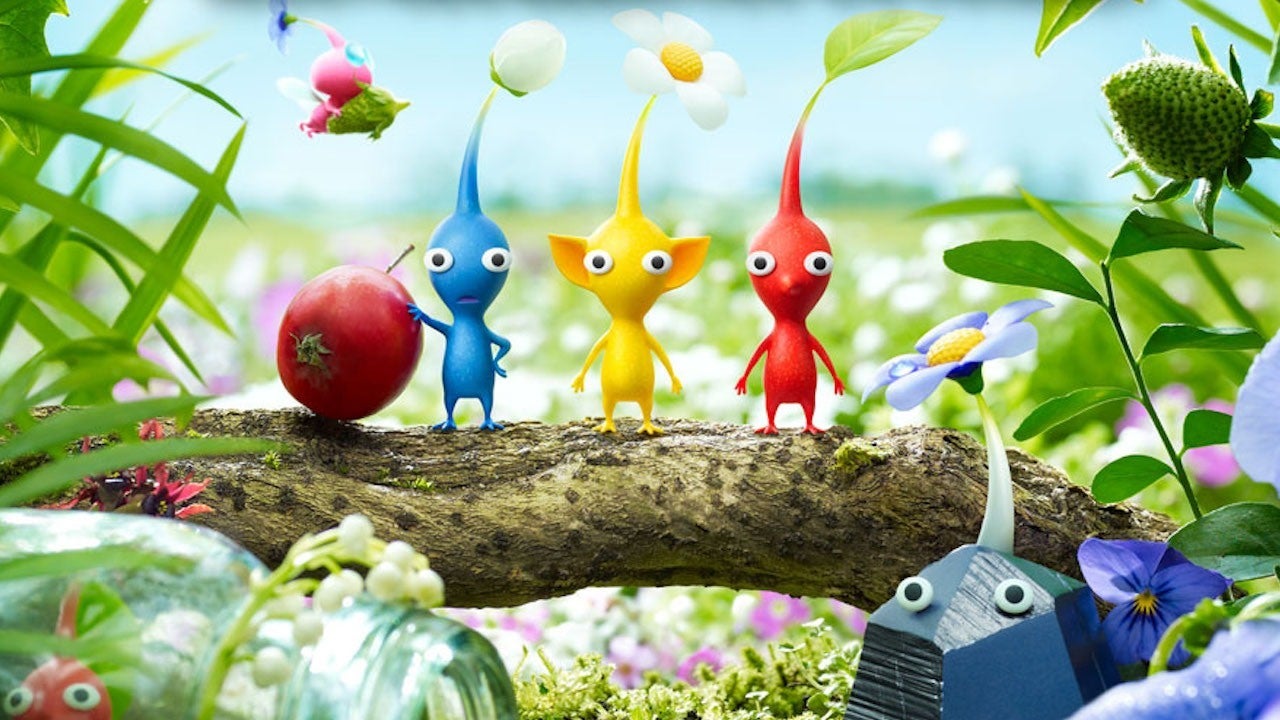 A personal favorite, Pikmin is making its debut on Switch during the month of October. This month is stacked with huge titles like Super Mario Bros. 35 and Crash Bandicoot 4: It’s About Time. Each week brings with it a brand new set of games on every console. Start saving because October is going to be a busy month for your wallet and consoles. 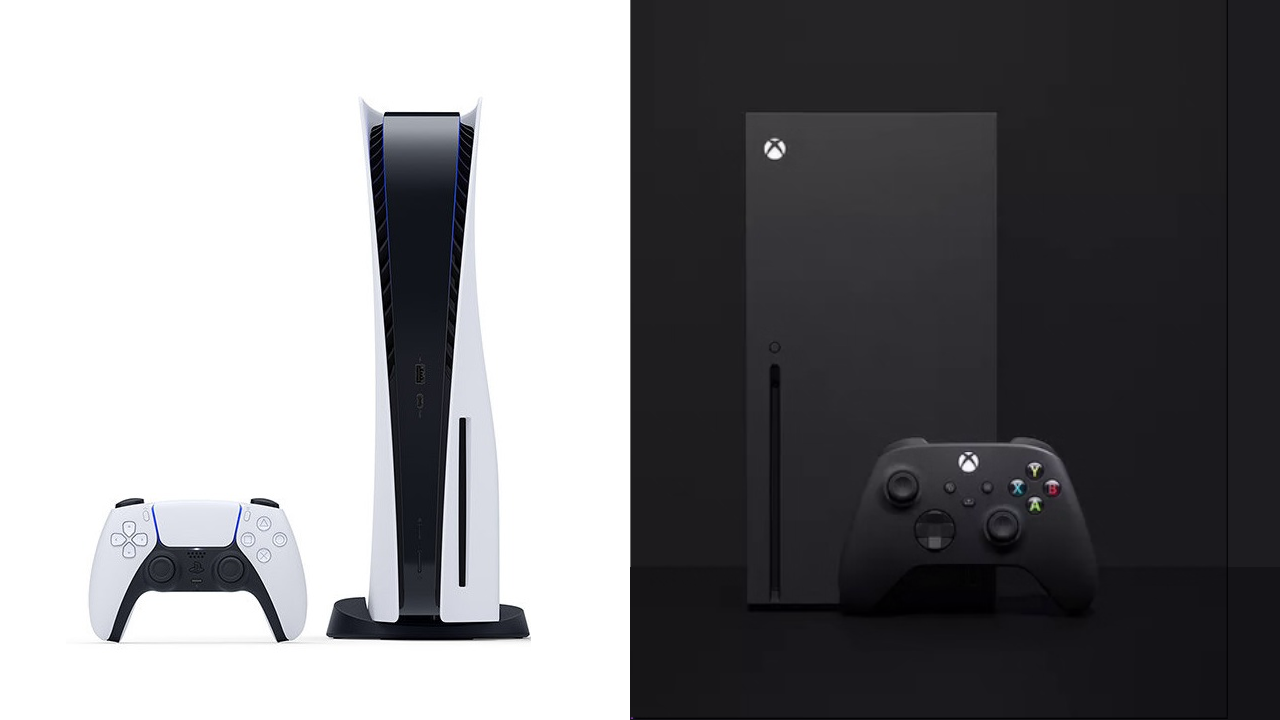 November is a month dominated by one thing, the release of the next-gen consoles. Xbox Series X and PlayStation 5 both come out within two days of each other. You can find a list of the next-gen day 1 releases right here. Even with the new consoles dropping, that doesn’t mean the end of titles releasing on Xbox One, Switch, PS5, and PC. Here are a few to keep an eye on as we near November. 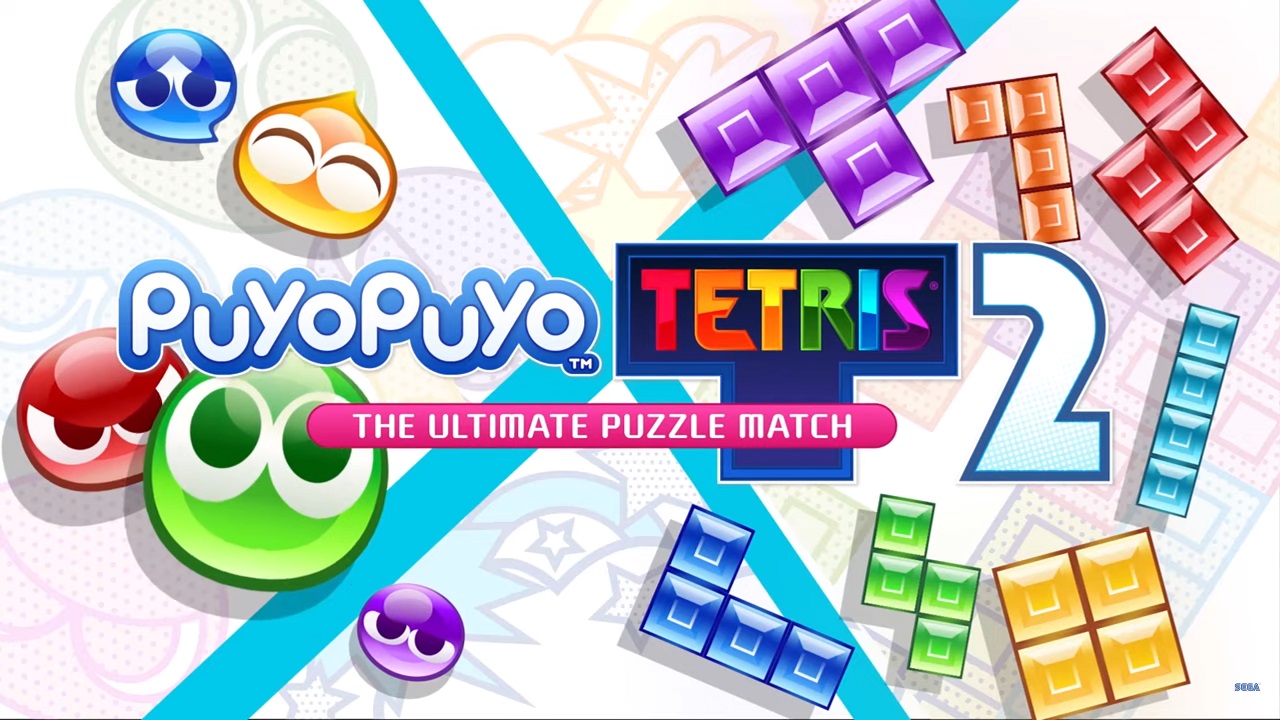 November brought the world new consoles and a massive list of highly anticipated titles. It’s easy to feel like the exciting developments in the video game industry are over and everyone will be stuck waiting until 2021. Don’t worry, December still has some exciting new games. Some even drop on Xbox Series X and PlayStation 5, too!