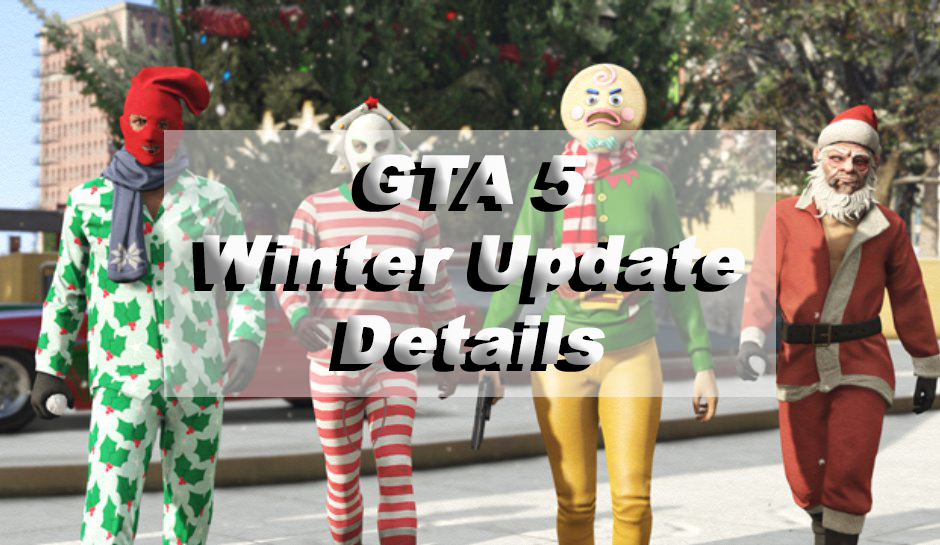 To celebrate the holiday season, Rockstar just released a substantial GTA 5 winter update. In the latest patch for Grand Theft Auto’s insanely popular online experience, San Andreas got something relatively uncommon for California, a blanket of snow. Currently, there are free liveries and on Christmas day fans will be able to receive a free car.

Officially known as GTA V’s Festive Surprise Event, the blanket of snow it left behind is for more than just show. Players can put down the guns, pick up snowballs, and chuck them at each other. To throw the snowy winter staple click left on the d-pad on a console, or G on the PC.

Free Rides For All!

The free car Rockstar is handing out is an Albany Hermes Muscle Car which players can claim by logging on Christmas day. The car also comes with 5 free liveries for the thruster. Rockstar is also giving away a free Krampus mask because let’s face it, evil Santa doesn’t get enough credit.  If you’re feeling extra festive, holiday-themed clothes are also for sale through in-game shops.

Players can also make their way down to Southern San Andreas Super Autos to purchase another brand new vehicle that was just added to the game. Called the Benefactor Streiter, this SUV is a powerhouse that combines a sleek sporty look with awesome off-road capabilities.

Rockstar previously announced that GTA’s current premium stunt race is the H200, the current time trial is Sawmill which runs through Christmas day. On December 26th, Double Loop will become the stunt race and Cypress Flats will be the time trial. Every player that participates in the winter event races will receive triple RP and on top of that, the leading three racers will get a huge in-game money award. The time trial will also grant a bonus RP and GTA$ award for those that beat the set time. Let us know how you’re enjoying the GTA 5 winter update in the comments below!