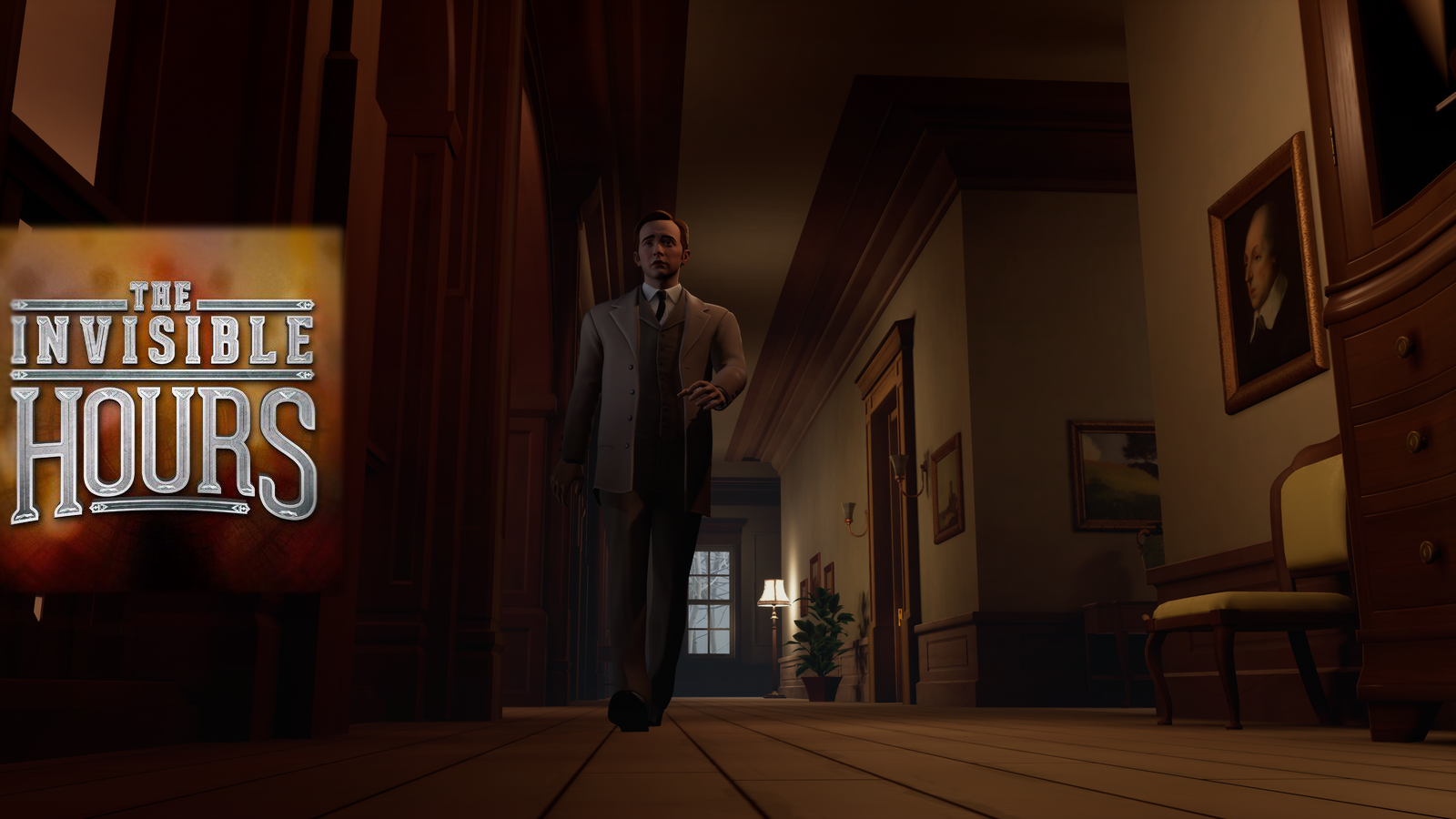 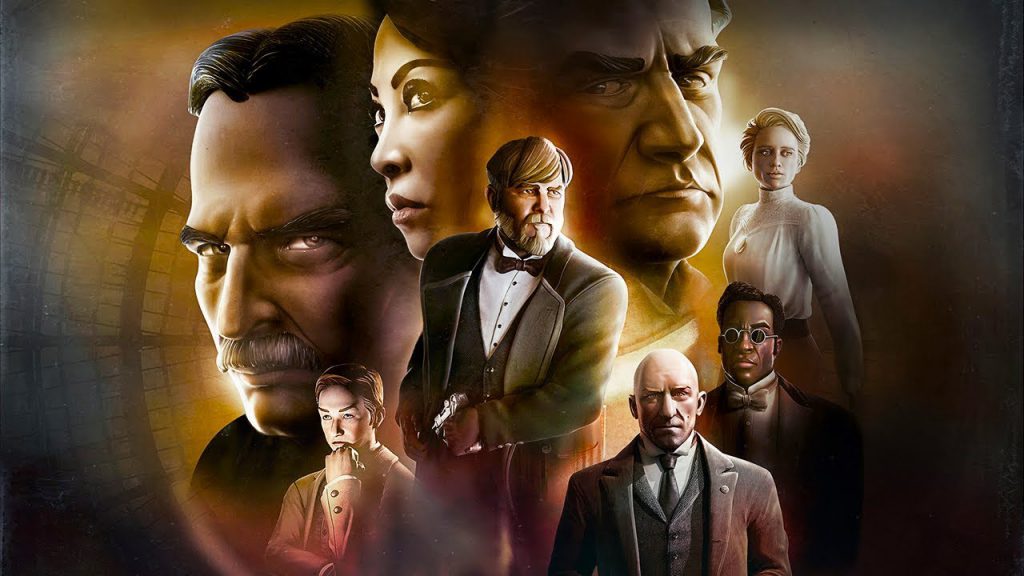 Tequila Works was absolutely successful in delivering a unique experience with The Invisible Hours. Now available for non-VR, the flat-screen version of the game is still able to remain immersive and unbelievably exciting. The second Tesla’s body was discovered, the intricate story begins to unfold in a spectacular way. This noir is truly an experience to remember.

Following this game since its release on VR, the only thing to hold me back from actually picking up The Invisible Hours was the thought of getting sucked into a game and needing to play it on PlayStation VR all the way through. This piece of tech is awesome but it can get a bit cumbersome when gaming for hours with this hunk of plastic on your head.

Now that Tequila Works was releasing their flat-screen version, I was extremely excited to get my hands on a copy. I’m not a big noir fan, and honestly, a conversation heavy game with little to no action or incredible cinematics doesn’t often catch my attention. However, there was something a bit different about The Invisible Hours.

Following the footsteps of Nikola Tesla and getting to the bottom of his gruesome murder felt like the right combination to catch my interest. Tequila Works sent over a review copy and I couldn’t wait to get started. They marketed The Invisible Hours as a “Spherical Narrative” something that just seemed to be clever marketing language to catch gamers attention. But it actually turned out to be so much more than that.

The spherical nature became clear in the first hour of the game. It is built, unlike anything I’ve ever played before. A story unfolding and the player doesn’t have any direct impact on the events taking place. Instead, the main character isn’t really the main character. Gamers control what seems to be a “fly on the wall” kind of entity that has the ability to fast-forward, rewind, and stop time. This primary mechanic is the gem that truly makes this game shine, taking the gamer on a circular journey back and forth to get to the bottom of this mystery.

It All Starts Coming Together

Taking place on Nikola Tesla’s private island, the playable character appears without much backstory. The only option is to start walking up the winding steps in front of you. With a large body of water behind you and a sheer cliff face to your right, the steps guide you up to a large gate bearing the letters, “NT”. 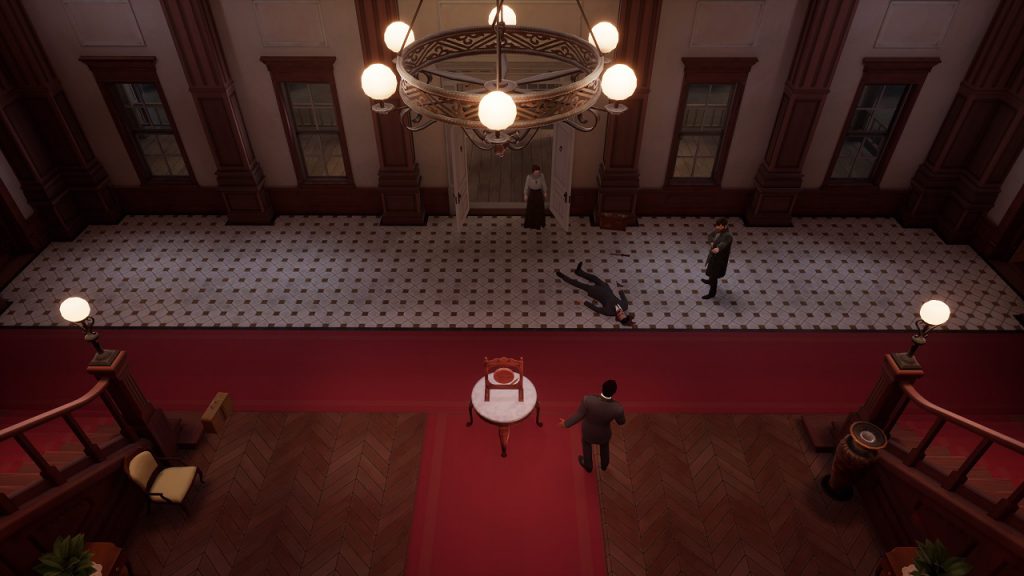 A crying woman that pays no attention to your presence and a gigantic mansion are the only things of immediate interest after reaching the top of the steps. Leaving the crying woman alone, feeling slightly offended she didn’t pay any attention to me, it was time to explore the mansion. This is when the body of the famous inventor is first discovered and things start to heat up.

As the drama unfolds, tensions flare and conversations start breaking out. From the moment Tesla’s body is discovered, the game truly comes alive. What seemed like an empty mansion soon started filling with characters from all walks of life. Famous historical inventors, actors, along with people that history would have never mentioned all begin to appear from seemingly nowhere. Each of the characters plays a vital role in the stories development. All have a unique perspective on the situation that’s unfolding all around them as well as develop intricate back stories that only become clear as time goes on.

The Invisible Hours Stands Out

The feature that makes The Invisible Hours stand out and what created such a unique experience is the time control feature. Being able to rewind, fast-forward, and stop time along with the fact that your playable character is completely invisible allows Tequila Works to create that cinematic feel while still allowing gamers to have some kind of control.

As characters appear, you can follow them with the rewind function to see where they came from in the mansion and what they were up to. You can even rewind to the point before everyone was notified of the murder and fast forward to after the large group breaks up and see what they are doing in their room when they think they’re alone. It gets a bit creepy, but all throughout the game, it feels like a playable movie so it’s really not as weird as it sounds. 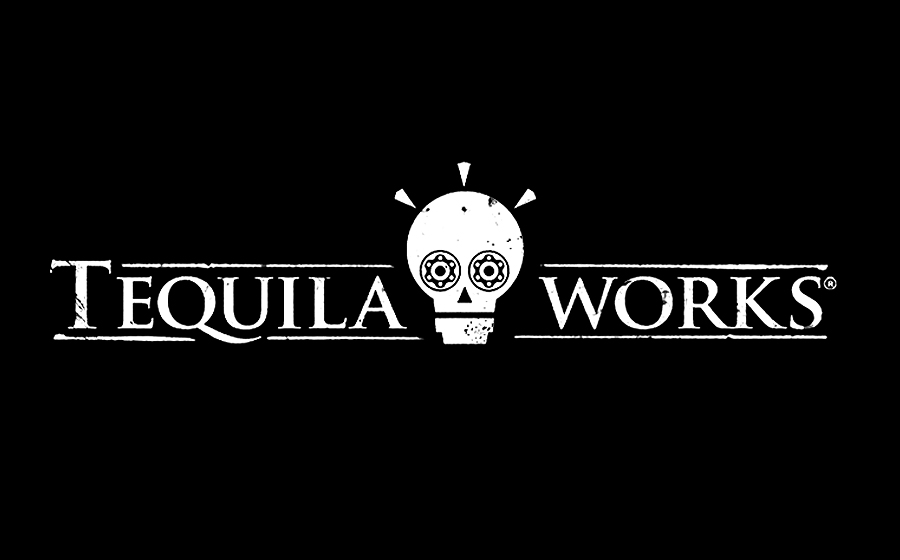 Each character had an unbelievably in-depth backstory, their complex emotions that The Invisible Hours is able to portray while they were alone with their thoughts is enthralling. Hanging on every word while also anxiously waiting for their monologues to end so I could go back and follow someone else around.

Less than 30 minutes in game time went by and I already put hours into the game. Every minute that passed in game felt like it caused a chain reaction, sending me off on a wild hunt for clues, collectibles, bits of conversation, and story. It is strangely exhilarating, especially being someone who usually finds themselves losing interest in dialog heavy games.

The only real complaint about the game is the fact that you had to wait for the rewind and fast-forward mechanic to wind up in order for it to go faster. It would start off slow and gradually increase in speed. This is a bit annoying since it played such an important role throughout the game. It would have been nice to have the option to have control of how fast time rewound or moved forward, instantly.

Overall the game is an interesting introduction to the Spherical Narrative genre. Tequila Works did a great job bringing this VR game to flat-screen as well. The story is fascinating and kept my attention every second I was playing. I didn’t want to miss a word and at one point I advanced to chapter 2 but didn’t want to move forward because I didn’t have a chance to follow someone back to their room and see what they were up to. It was nice that Tequila Works included a quicker way to time travel through the start menu so I was able to jump right back to the beginning of the game.

There are a lot of secrets hiding in Nikola Tesla’s mysterious mansion and the journey to uncover the truth about his death is filled with mind-blowing realizations and tense interactions. Tequila Works did a fantastic job putting this story together. I’m excited to go back and see what other secrets The Invisible Hours has in store.