The Master Trials: Breath of the Wild DLC Out Now 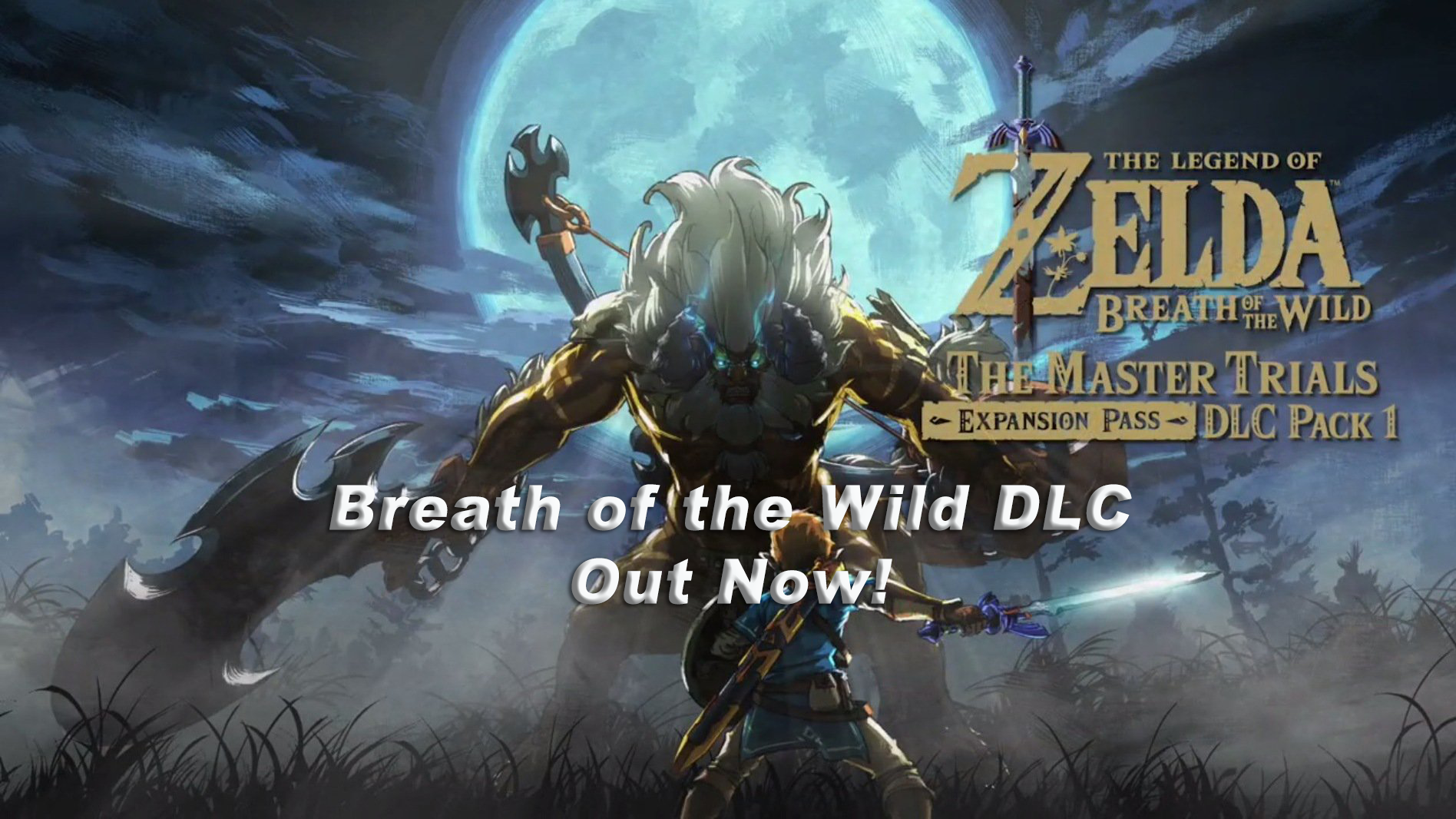 The Master Trials: Breath of the Wild DLC Out Now

Are you itching to jump back into Legend of Zelda Breath of the Wild? Well a perfect opportunity just presented itself, with the release of the game’s first DLC pack, The Master Trials. The DLC pack can be purchased on the Switch’s EShop right now for $20 in the season pass bundle. Currently there is no way to purchase The Master Trials by itself but hopefully Nintendo will split the two DLC’s in the future. The pack is 456 MB and is available for both the Switch and Wii U versions of the game with the latter coming in at 3.7 GB.

It’s Time For A Challenge

At the forefront of the DLC is a tougher difficulty mode that adds its own save slots so players don’t have to wipe their precious save files. The Master Trials also adds 5 new outfits into the game for fans to wear while adventuring through Hyrule. Included in these handy pieces of clothes are the Korok Mask, Majora’s Mask, Midna’s Helmet, Tingle’s Outfit, and the phantom armor. Players can get this armor by finding the 8 treasure chest that “mysteriously” appear throughout the open world. Also included in the DLC is a Travel Medallion item that lets players set a warp point to teleport back to whenever they so choose. The new content also tracks a path of your journey for those that are curious or lost.

Another huge addition in The Master Trials is the addition of a 45 room challenge dungeon known as The Trial of the Sword. Much like The Cave of Ordeals from previous Zelda entries, players are tasked with clearing floor after floor of monsters that increases with difficulty on every level. Trial takers begin the ordeal naked and unarmed and need to fight their way to the bottom with only the weapons and armor made available during the challenge. When a player completes the challenge they will unlock a version of the master sword that is fully powered up.

The Master Trials DLC is the first of two expansion packs that Nintendo announced for Breath of the Wild. The second upcoming expansion is named ‘The Champions Ballad’, expected to release this holiday season. Players can expect a new story chapter in The Champions Ballad centered around the four champions from Link’s era Daruk, Mipha, Revali, and Urbosa. Nintendo gave a brief glimpse into the second DLC pack at E3 2017 which you can see below. We are pumped to have a new reason to revisit Breath of the Wild and will keep a close on eye on any updates Nintendo offers for the second DLC, so be sure to keep check back with gigamaxgames.com.