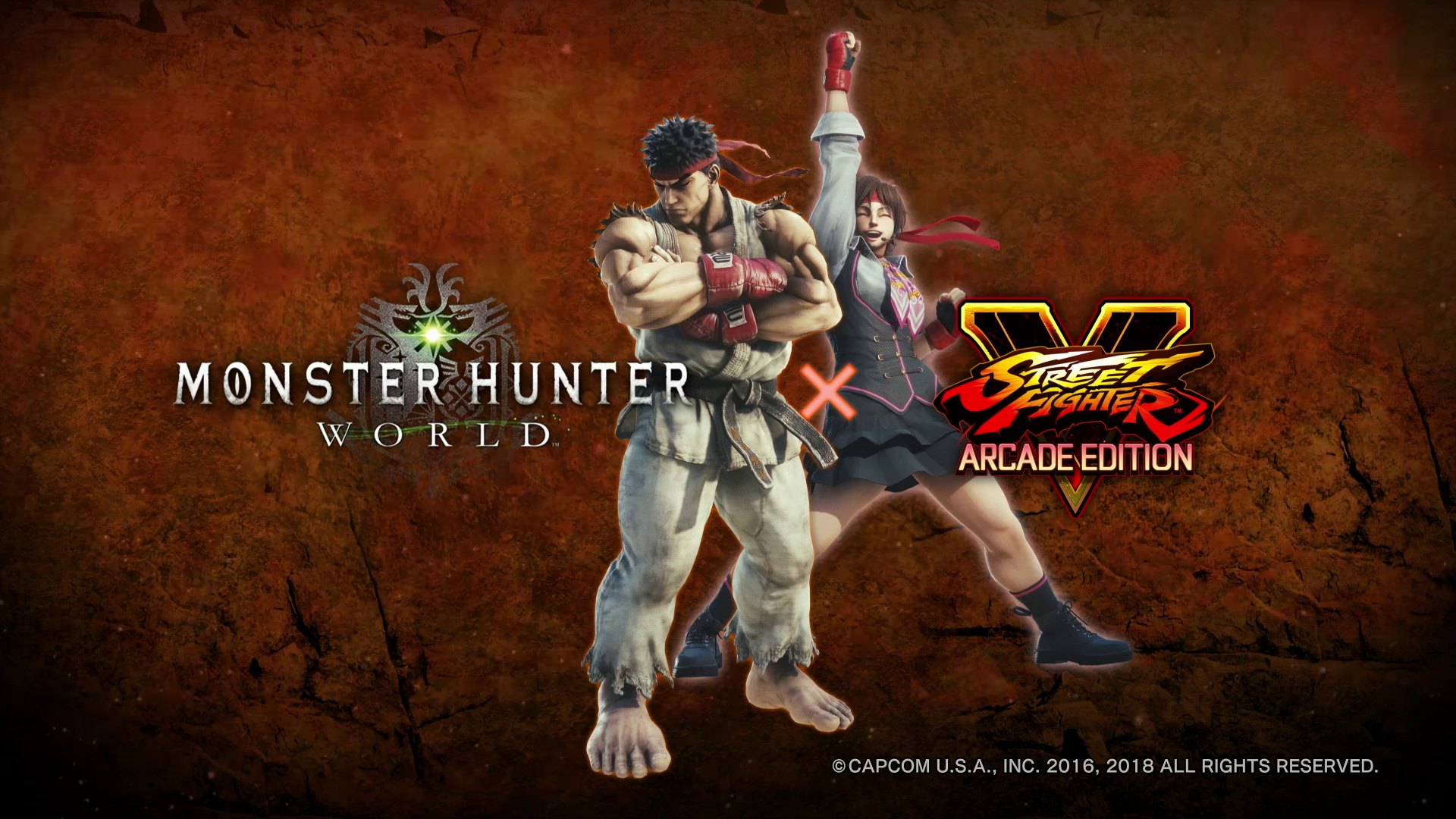 Fans of the latest Monster Hunter release will be excited to find out that Capcom is offering Street Fighter 5 crossover content for Monster Hunter: World. The DLC will let players earn armor skins that will have them looking like the Street Fighter characters Ryu and Sakura. The update announced on the Capcom Unity Blog detailed that players with a Street Fighter 5 save file will also be able to take on the Ryu quest before everyone else.

“In just a few weeks, we’ll be featuring the quest to get Ryu’s set as an exclusive early opportunity to PS4 players that also have a save data file from Street Fighter V (including Street Fighter V: Arcade Edition),” Capcom explained in the blog post. (http://bit.ly/2DSERnj)

Players that have the save data will receive a quest “Down the Dark, Muddy Path.” After hunters take on the hunt, they will receive “SFV Tickets” as a reward. These tickets are to be taken to the Smithy along with a variety of other materials found in the wild to fashion themselves the Ryu armor set.

No Street Fighter? No Problem!

Capcom explained that those without the Street Fighter data won’t have to wait much longer for the DLC. While the armor set will go back into rotation soon, a specific date has yet to be announced by the developer. When the time comes, two new event quests will be added to the rotation which will let all players earn the Ryu and Sakura armor on both PS4 and Xbox One.

Along with the character models, Capcom is including a bunch of premium gestures and chat stamp sets to purchase. This set will feature the iconic Hadoken and Shoruken. All of the prices are listed below.

This DLC will be the second crossover between the two Capcom titles. Street Fighter V recently received Monster Hunter skins for some of their fighters to celebrate the launch of Monster Hunter: World.