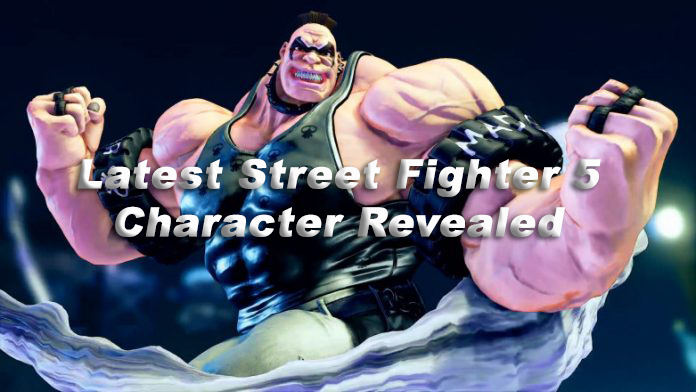 A new face is about to join the Street Fighter 5 cast of characters and long time fans of the series will certainly be happy with the new addition. Revealed through a brief trailer over the weekend, the popular fighter Abigail from the Final Fight series will be bashing his way into the series. This news should come as no surprise to Street Fighter fans as this is not the first time Capcom borrowed a character from their other popular fighting game collection.

Players of the original Final Fight will remember Abigail as a power house that could take hits and dish out the damage at the cost of speed. This character was part of the Mad Gear Gang in the lore of Final Fight and fans of the game didn’t encounter him until the end of the game. Previously, Capcom had introduced another of the Mad Gear powerhouses, Hugo, into Street Fighter 3: Second Impact. At the time, Hugo was quite literally the largest addition to the Street Fighter series but based on Abigails’ size it seems there’s a new contender for the biggest overall character. 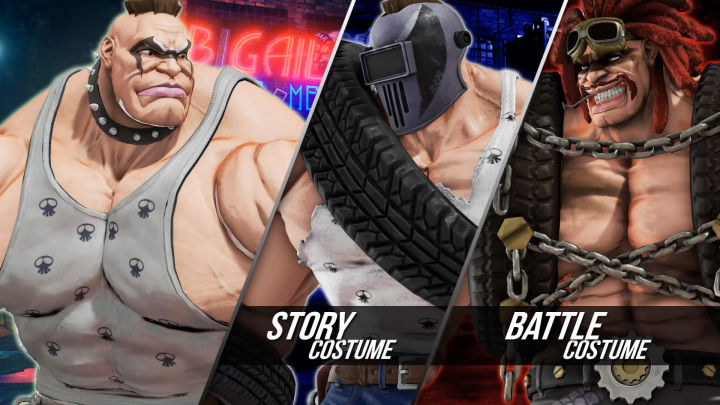 Abigail also comes with a collection of costumes that are all very unique. The first features the bruiser in a tank top with some very trendy tires as sweatbands. His battle costume changes his hair to red dreadlocks and replaces his tires with chains. Lastly, his story costume has him wearing a welding mask and an even bigger tire.

This will mark the fourth of six DLC characters that are set for release in Street Fighter 5’s season two collection. Akuma, Kolin, and Ed were all previously released and all came with 3 separate costumes as well. Abigail is set to release on July 25th with his brand new stage Metro City Bar Area. Gigamax Games will be keeping a close eye on Street Fighter 5’s season two so be sure to keep checking back for more details!