The Nintendo Switch May Not Make It Home for the Holidays 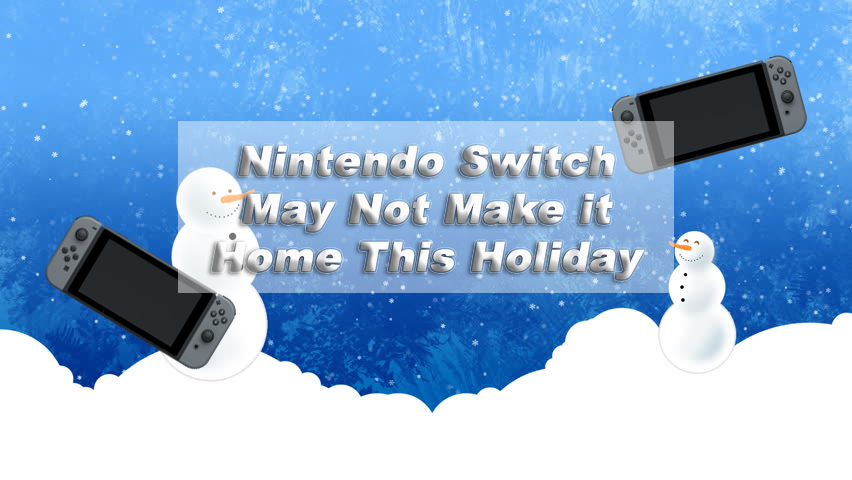 The Nintendo Switch May Not Make It Home for the Holidays

During a recent speaking event, CEO of Nintendo America Reggie Fils-Aime said that the company could not guarantee the availability of the Switch this Holiday season. As of now, the executive has elaborated further on what he meant by the statement.

Speaking to The Financial Times, Fils-Aime said that the console’s supply chain was “complex” going on to say that there are multiple factors that could be considered “choke points.” Some analysts in Japan are calling out Alps Electric in particular, who makes the necessary components for the Joy-Con controller system. Although, the CEO himself wouldn’t clarify which parts of the supply chain were holding production back.

“There is not one choke point, there are multiple choke points,” Reggie Fils-Aime explained. “I won’t go into any more detail but it’s not just one component. I’m going to make millions of these units to flow into the marketplace. But what I don’t know is what the demand is going to be. And there is a potential that demand is going to outstrip supply.” (http://bit.ly/2ePLXLc)

The executive moved on to say that the company wants to avoid any situation where a consumer wants a Switch and can’t get one. But unfortunately, production realities and the extremely strong demand for the console are making it impossible for him to guarantee that everyone will get their hands on the system.

Fils-Aime finished the interview by stating “We don’t want to have a consumer disappointed by not being able to get one for the holiday season. But managing that complex supply chain is a challenge,” but this has left many Nintendo fans with the feeling that getting a Switch this year is almost hopeless.

Nintendo has previously stated their intention was to ramp up production this holiday season but it could prove difficult with suppliers creating issues with previously agreed upon terms.  Currently, the company has modeled 10 million Switch sales for the current fiscal year, which ends in March 2018. As for sales, the latest data shows that the console has sold over 4.7 million units worldwide.

Hopefully, Nintendo is able to increase production enough so that most can get the system but unfortunately not even the CEO can be overly optimistic. The holidays are typically rough on retail and new hardware usually sells the fastest. The bright side of the production issue is that this shows the Switch’s growing popularity and how Nintendo is recovering after the disaster that was the Wii U.

Be sure to check back on Gigamax for the latest updates and details surrounding the Nintendo Switch and it’s availability.