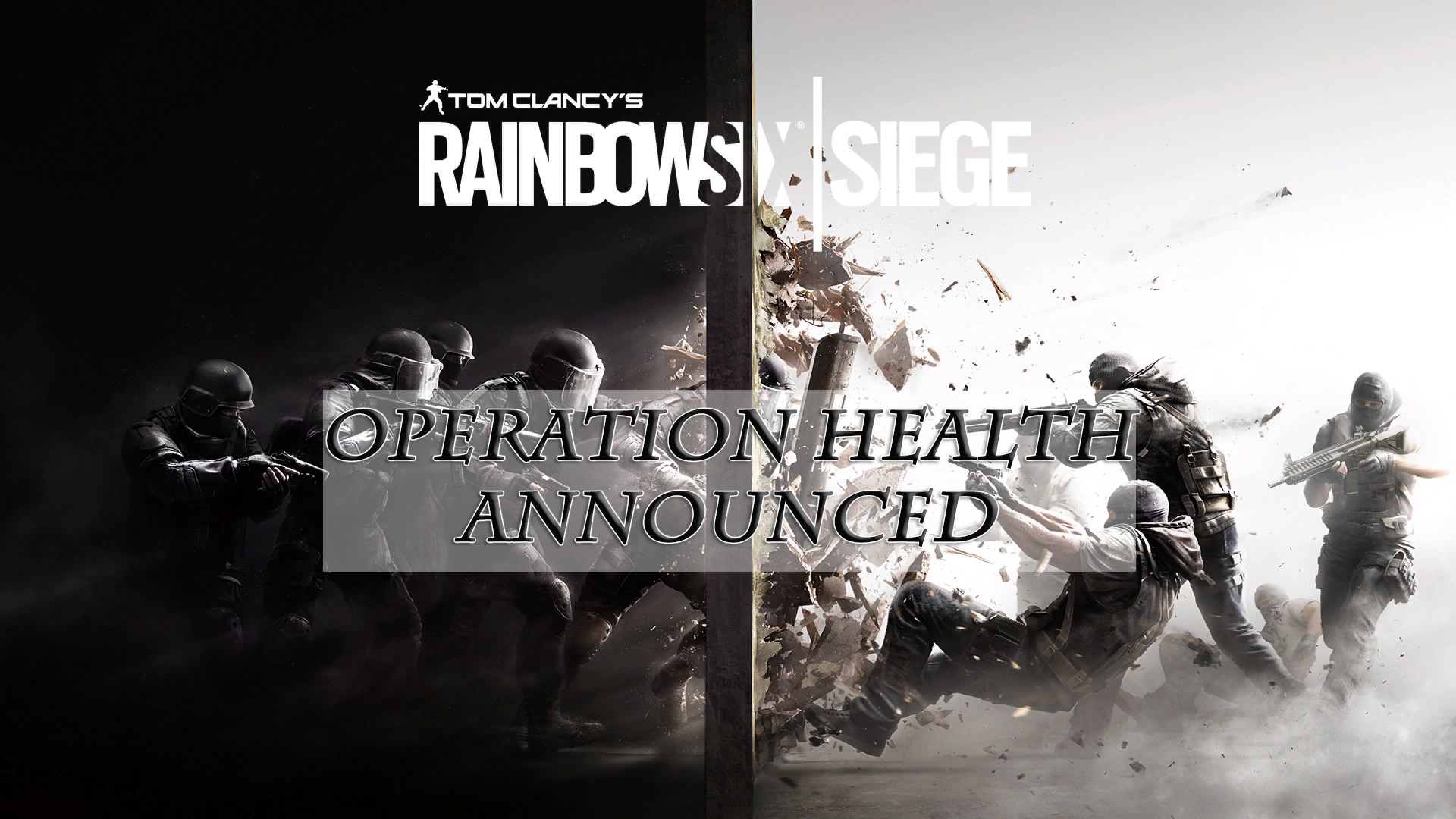 Major changes are coming to the foundation of Rainbow Six Siege. In a recent blog post published by Ubisoft, they detailed their plan to fix some of the biggest issues fans have had with the game.  These changes will all take place over the next three months and will have an impact on the basic structure of the game under the codename ‘Operation Health’. 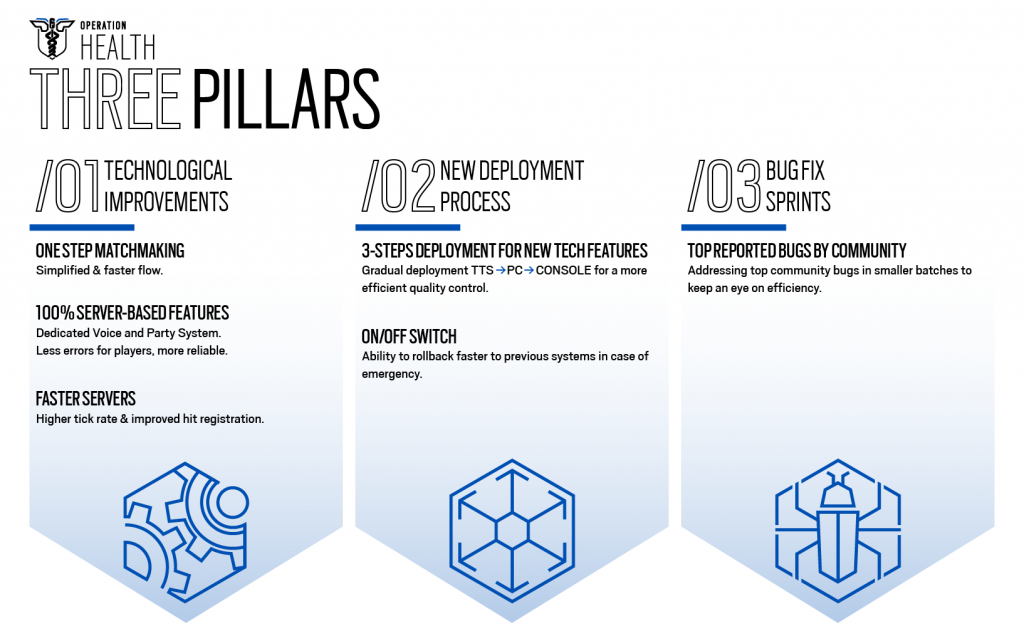 The new updates will focus heavily on technical improvements and bug fixes as they come out over the course of three stages. Operation Health updates will be released first on a public test server. After these changes have been properly reviewed on PC, they will make their way to console. Unfortunately because of these changes Ubisoft decided to cancel the upcoming Poland DLC. The Hong Kong update is also being pushed back to Season 3 in August and November’s Season 4 will feature South Korea. While Poland may no longer be a part of Year 2, it’s GROM operators will still be released between Season 3 and Season 4. The number of new maps has also been reduced to three and that includes the recent map set in Spain. 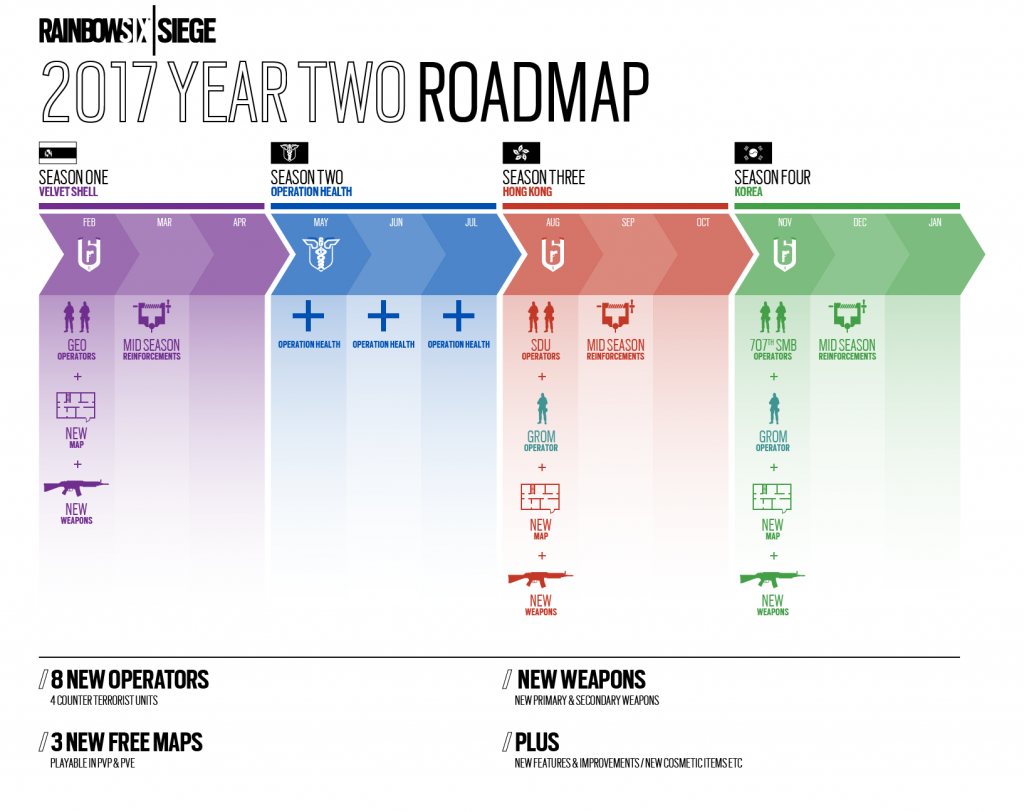 Ubisoft wants to keep their promise to fans and keep the community informed on what’s coming out and when. They also wanted to let players know that they can aid in this process by testing the updates on the public test server. Ubisoft plans on discussing the upcoming changes at Rainbow Six Pro League, so interested fans can get a more detailed look at the season, this will take place on May 21st. To see a full Q&A that goes over why Ubisoft decided to make this decision check out the full blog post here.