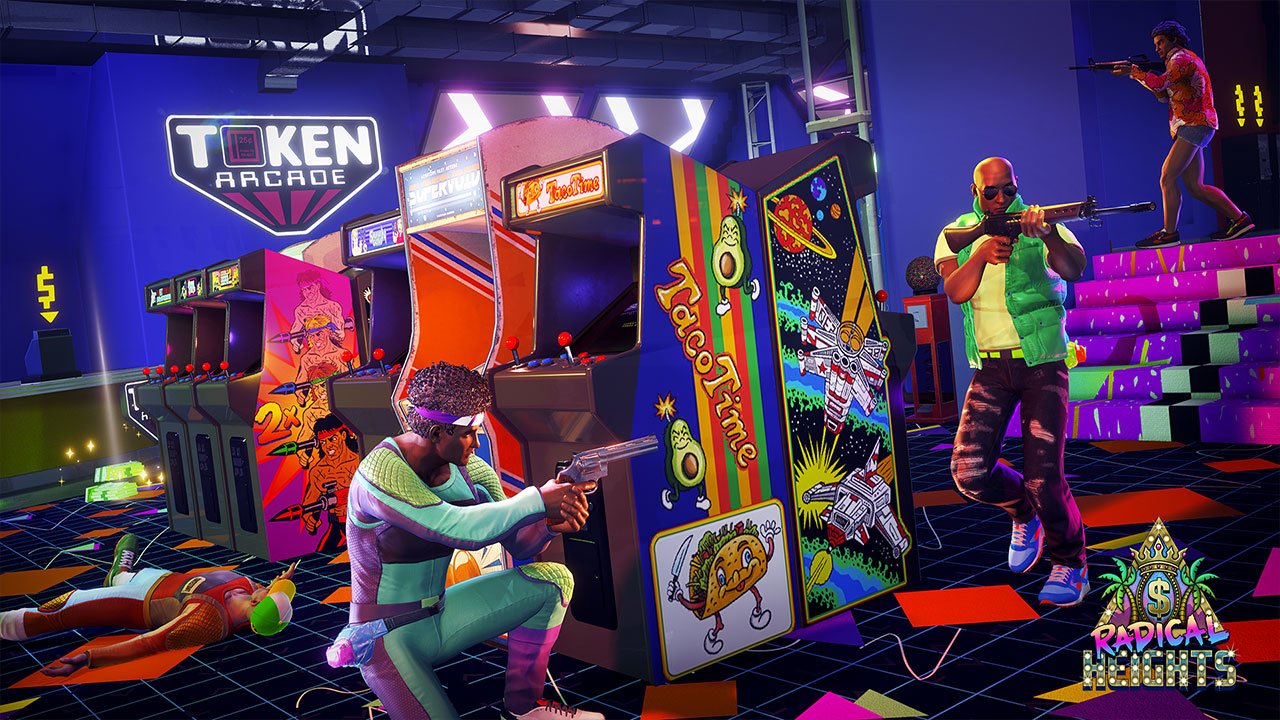 Gameplay from Boss Key Productions new Battle Royale game, Radical Heights is beginning to surface. The early access is now available for free on Steam and gamers have a lot to say about it. Boss Key Productions is a relatively new developer, founded in 2014 and their most well-known game so far was Lawbreakers. The underwhelming sales and performance of Lawbreakers has gamers uncertain whether or not Radical Heights will be able to catch the gaming world’s attention.

Lawbreakers fell flat against other hero based shooters like Overwatch or Rainbow Six Siege to name a couple. Now Radical Heights is going up against monstrous Battle Royale games this time around. Fortnite and PUBG have absolutely stole the world’s attention when it comes to the Battle Royale genre and the indie game ‘Darwin Project’ has also captured the imaginations of gamers. Huge hits like Grand Theft Auto V, Overwatch, and the Division all have or had at one time rumors circulating that they’re exploring a Battle Royale mode. Even the highly anticipated Red Dead Redemption 2 has seen its share of Battle Royale rumors. Boss Key is up against some heavy hitters and the jury is still out if Radical Heights will be able to find its own spot in this competitive genre.

Exploring the gameplay that’s coming in, Radical Heights has some interesting features that make it stand out. The 80’s game show themed setting gives the entire game a different feel when compared to the other massively popular Battle Royale games on the market today. PUBG’s gritty shooter experience and Fortnite’s cartoony graphics don’t come close to the experience Boss Key Productions created with Radical Heights. If it’s better or worse, that still remains to be seen. However, unique is absolutely the word to describe the setting Boss Key created.

Something A Little Different

The waiting lobby lets player race with BMX bikes, creating a little more of an interesting pre-game experience. When the match starts and gamers jump into the relatively small map, one of the first things they’ll notice is landing is a bit rougher than Fortnite or PUBG. There is no parachute and instead, the character does a classic 80’s combat roll on landing. It is yet to be seen if this will only be a feature during early access but it actually adds a bit of excitement to the game. Forgoing the parachute allows gamers to get on the ground and into the action quicker. Beyond these interesting additions, the gameplay itself stands out among the current Battle Royale environment. 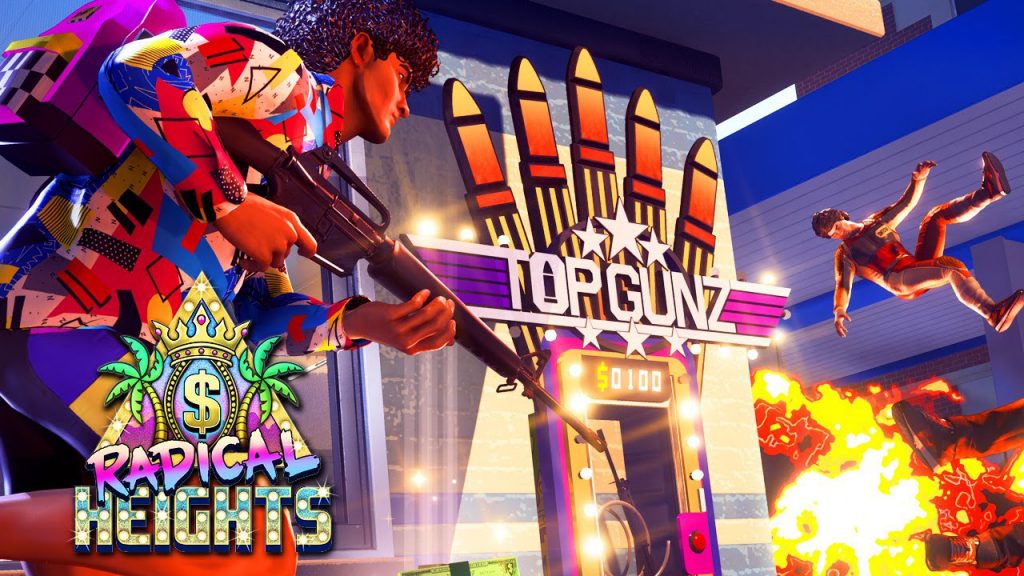 Not only can people buy equipment with the cash they pick up, they can save it for later matches. Players can withdraw or deposit cash at any time during a map at one of the Cash Back machines and can also use the money they earn to purchase cosmetic items in between rounds.

The combat is intense, violent, and exhilarating. Fast-paced, the game doesn’t have some of the long lulls that can be found in PUBG’s original two maps. Even though it’s in its early access, the game runs relatively smooth and seems to be put together well. The inside of buildings are a bit bare but the shooting mechanics and gunplay seemed tight and responsive.