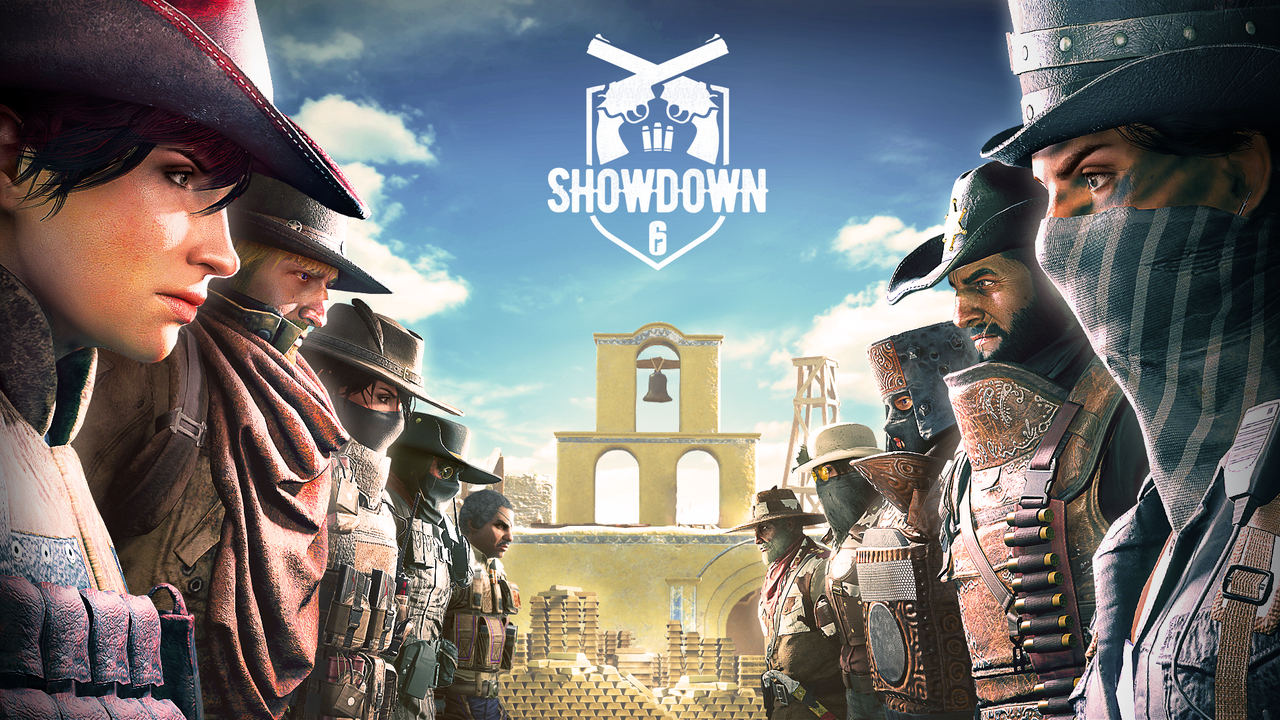 Ubisoft adds a limited-time Cowboy Showdown event to their massively popular competitive shooter, Rainbow Six: Siege. The event is officially called Showdown and this western-themed event is only available for two weeks.

Guns are limited to the BOSG 12.2 and Magnum LFP586. Gun battles are forced to become more methodical with nothing but a double-barreled shotgun and classic six-shooter to defend themselves. Paired with the sunny map that feels straight out of the movie, “The Good, the Bad and the Ugly”, Ubisoft sets the perfect stage for gamers to live out their Cowboy competitive shooter fantasies.

The new game mode consists of three attackers and three defenders. Defenders are tasked with securing an area of the map while attackers push to claim that area as their own. Teams will have a minute and a half to secure the area or eliminate the opposing team. In standard Rainbow Six: Siege fashion, rounds are best of five. Smoke and frag grenades are available to attackers, and defenders have access to barbwire. However, there will be absolutely no electronics. No breaching charges, explosives, barricades or gadgets are available in Showdown.

Besides limiting guns and gadgets, Showdown only gives players the choice between 10 characters.

Showdown includes 31 western-themed exclusive items. Cowboy outfits and period headgear will be available for the 10 different operators. Ubisoft also told IGN that there will be no duplicate items earned form the Showdown Collection Packs.

This isn’t the first time Ubisoft surprised fans with a unique game mode. Rainbow Six: Siege fans had the opportunity to play, Outbreak, in March of 2018. The goal-oriented PvE event released in tandem with Operation Chimera and shook up the competitive shooter in a big way. Gamers were thrown into a hellish world, infested by evil and tasked with eliminating the threats and making it out alive.

Besides the April Fools event that reskinned the game in a sickeningly sweet fashion, Showdown will be the first PvP limited-time event. A new game mode, limited weapons and characters, and a brand-new map, Rainbow Six: Siege Cowboys are in for a memorable two weeks.